Watch these real-life superheroes talk share their personal experiences with you and discuss everything from what motivates them to the struggles they’ve had to face.

Tahira Kashyap Khurrana and Chetna Sinha Gala on crying, gender roles and being kinder to yourself

Work-life balance is overrated, boys can cry, and other highlights

“The obnoxious atrocities we unfortunately hear of every single day, make me want to keep working for change,” Tahira Kashyap Khurrana tells Chetna Gala Sinha. “I wish there comes a day when I have no motivation to raise my voice. That would mean that we’ve achieved all that we worked towards.” It’s a privileged day when you encounter two whipsmart, accomplished women casually dropping wisdom like it’s a 2-for-one sale at your favourite department store. Which is why the Tweak Summit, which marked our first anniversary celebrations, was such a treat.

Sinha, a social entrepreneur and the force behind India’s first ever bank for rural Indian women, Mann Deshi Mahila Sahakari Bank, was in conversation with Khurrana, a filmmaker and author.

Here are some memorable moments from the Tweak Summit conversation that left us inspired and amused in equal measure. 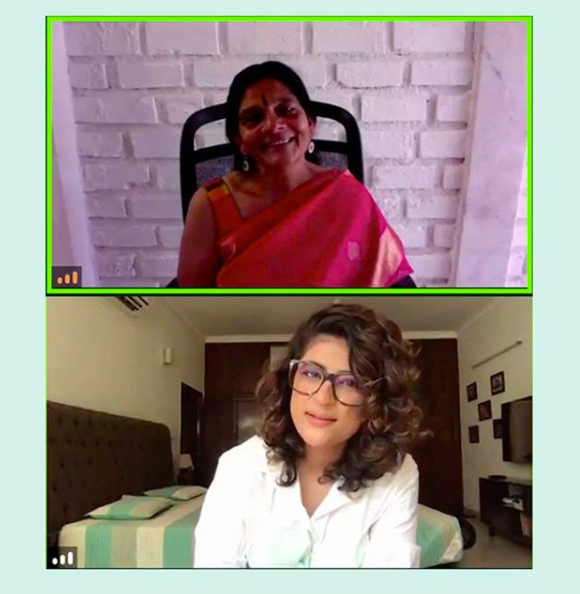 “How do you balance your personal and professional life?… I have no personal life.”

Working women are often asked about how they strike the right balance. Our panelists too, often find themselves at the receiving end of this question, and as expected, their answers are anything but conventional.

“Lots of people would ask me ‘How do you balance your personal and professional life?’ and all I wanted to say was that I don’t have a personal life,” laughs Sinha. “But I never regretted it.”

She recalls how she never knew when her kids had exams, and when her son once had to write an essay on his mother, he ended up lying because his mother was not like other mothers – “He wrote about how I’d wake up early in the morning and water the tulsi. I never did any of that. The first thing I’d do was switch on the computer and check my e-mail. When I confronted him, he said his teacher won’t give him marks if he said that, I obviously made it a point to bring it up with the teacher and point out how they were teaching kids the wrong things.”

Khurrana on the other hand, learnt to be kinder to herself over time.

“I once dropped my kids to school on a public holiday. When they came back, in about five minutes, they had forgotten about what had happened, but I was so unforgiving towards myself. I wanted to be a perfect mother, but also had multiple projects to work on… It’s only with time that I’ve realised that the only way I’m going to grow is by making mistakes,” she says.

“It’s human to feel emotions and to express them.”

During the Tweak Summit, both Sinha and Khurrana emphasise on how important it is to have allies within your family. While Sinha found her strongest ally in her mother-in-law, who pushed her to pursue her passion even if it meant going against societal norms, Khurrana regrets having only questioned and called out her mother when something wasn’t right, instead of holding both her parents accountable.

Also, being effective allies means raising sensitive and responsible children by ensuring that they aren’t subject to any gender biases. “It’s about time we have zero tolerance towards any form of sexism,” says Khurrana while recalling an incident when she had to call out a family member for telling her son that boys don’t cry. “It’s human to feel emotions and to express them,” she adds.

In Sinha’s case it was one of her most special allies – her son – who rose to her defence when people asked her why she didn’t cry. “Some robbers came to our farm when I was pregnant with my twins. They beat me with sticks, but I yelled and they eventually ran away. When my husband returned from Mumbai where he had travelled for work, he was so shaken, he began to cry. But I was fine. Everyone began asking me how I was fine when my husband was weeping. That’s when my son said, ‘She chased the robbers away, why should she cry?'”

Head to Tweak India’s Facebook page to watch the entire conversation between Chetna Gala Sinha and Tahira Kashyap Khurrana along with the other inspiring sessions from the Tweak Summit.