15 of the best movies for teenagers — with hidden life lessons

Considering there was no sex ed class in our all-girls convent school, we were curious but too scared to ask the adults any questions. Sorry mom.

Things have changed with the internet allowing easy access to all kinds of information with a mere swipe.

You might be the ‘cool mom’ who taught her five-year-old to use the right words for his genitalia, or the parent to a social-media savvy teen, but they still need a little adult guidance.

To gently introduce kids to sensitive subjects they’ll inevitably have to deal with through life, sneak a curation of the best movies for teenagers into their Netflix diet.

They’re going to watch TV anyway, you may as well nudge them into learning something

From death, to divorce; from self-acceptance to self-love, we’ve drawn up the best movies for teenagers (and pre-teens), filled with life lessons they won’t even see coming.

The best movies for teenagers — with enduring life lessons 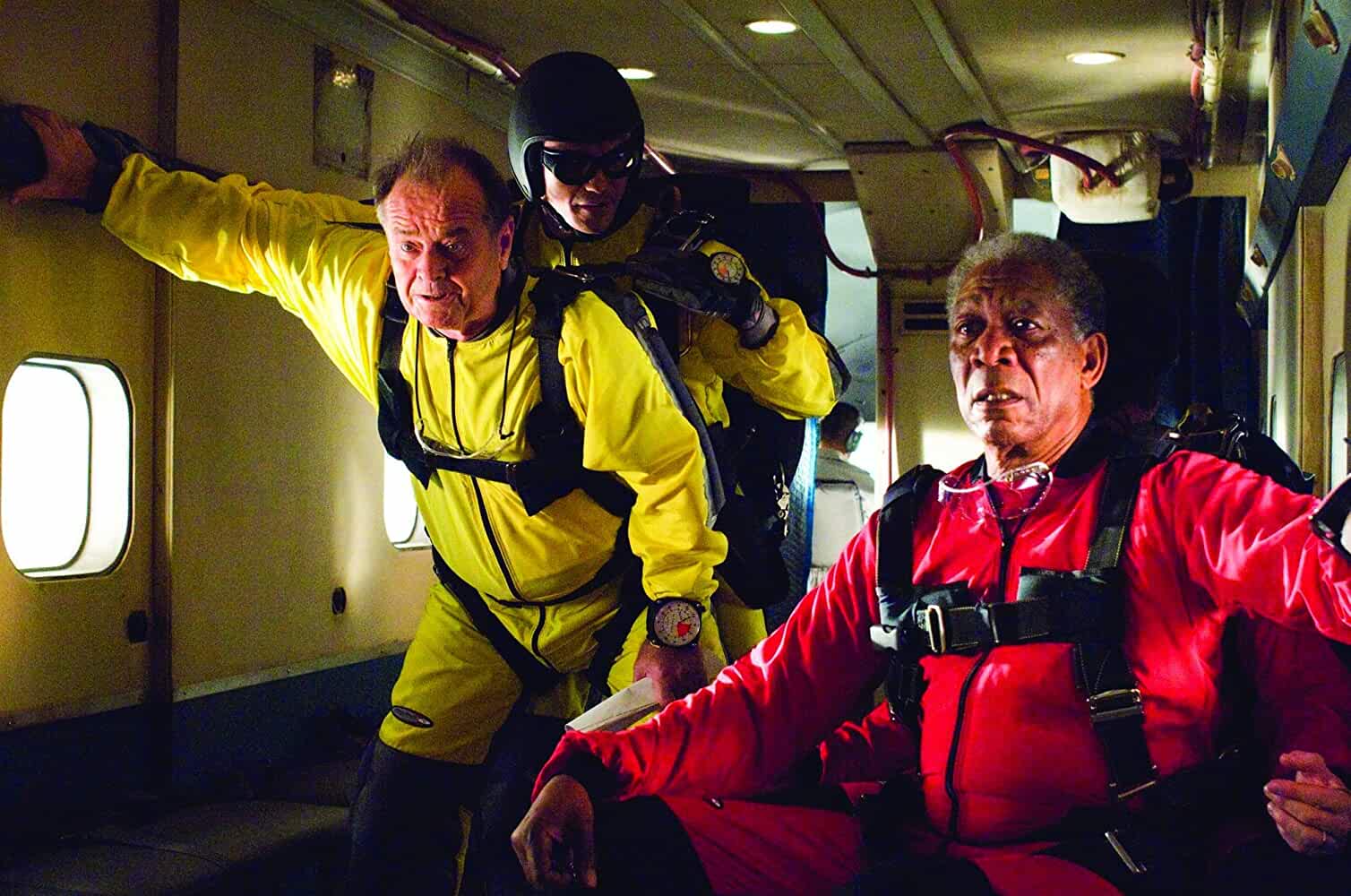 The Bucket List, 2007: For a first brush with death

There are only two things in life that I’m 110 % certain about — that chocolate is the answer to all of life’s problems, and that death is inevitable.

The latter is a difficult subject for adults to wrap their heads around, and naturally, even harder for teenagers who can barely fathom why they suddenly have hair sprouting out of body parts they didn’t know could grow hair.

The Bucket List starting Morgan Freeman and Jack Nicholson addresses the elephant in the room, but turns it into an elephant parade, with the two attempting to skydive and ride motorcycles on the Great Wall of China, among a series of adventures.

Addressing love, loss and filial ties, the tale of two terminally ill men who escape from a cancer ward to check off their wish list of to-dos before they die is a slightly campy take on life and death, but its message is sincere.

Use the time you’ve been given to make the most of life, because ultimately, it will end. 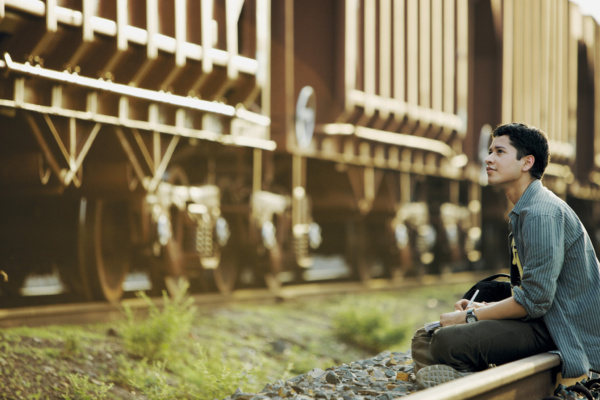 Udaan, 2010: For reminding us that you have to fall before you can fly

Sent home to Jamshedpur, to live with his stern single father (Ronit Roy) and half-brother, his life ebbs to its lowest when he discovers his father is an abusive alcoholic.

Forced on daily skin-tearing runs, to go to engineering college when he’d rather be a writer, work in a factory and to live in a small town where dreams go to die, it follows him running from the chains that are holding him back.

A masterclass in the complex dynamics of father-son relationships, this entry on our list of best movies for teenagers showcases the enduring impact of paternal figures, and the resilience of the human spirit. 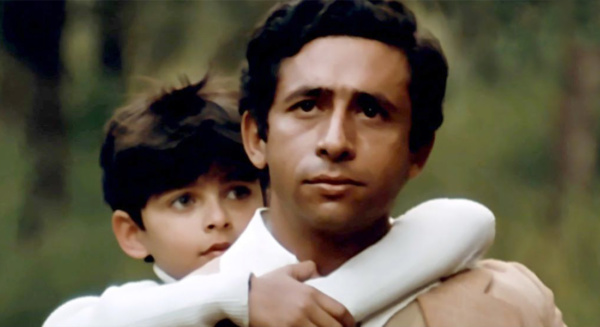 You were brought into this world by immaculate conception, your parents were always middle-aged, and the only mistakes they ever made were telling you not to do the things you wanted to do.

The Shekhar Kapur film follows a man whose past comes to back to haunt his idyllic life and marriage — in the form of a child born out of wedlock.

Sure, it’s about a wife accepting her husband’s betrayal and repairing a shattered relationship. It’s also a gentle introduction to the world of adultery and the grey shades of adult relationships. Disney fairy tale, this is not.

Shabana Azmi and Naseeruddin Shah ace the roles of the couple in a fractured marriage, while a young Jugal Hansraj excels at the role of the hapless child who has lost his mother and is thrust into an alien world.

The sensitive film, at its heart, is about bad decisions made by decent people. Keep the tissues handy. 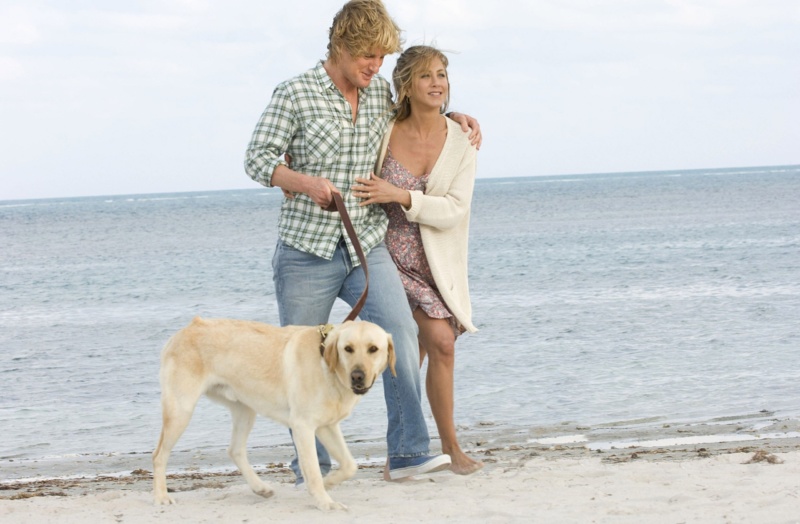 Marley & Me, 2008: For a lesson in love and companionship

The Jennifer Aniston-Owen Wilson starrer based on John Grogan’s 2005 memoir is about so much more — following a newlywed couple as they start their family with a crazy Labrador puppy, and move on to three kids.

A fuzzy family movie, a love letter to man’s best friend and their undying loyalty, or a thinly veiled lesson about living life as the craziest version of yourself, and still being loved — take away from this film what you will.

The biggest lesson? Sometimes it’s humans that need to learn lessons from the animals they try to tame. 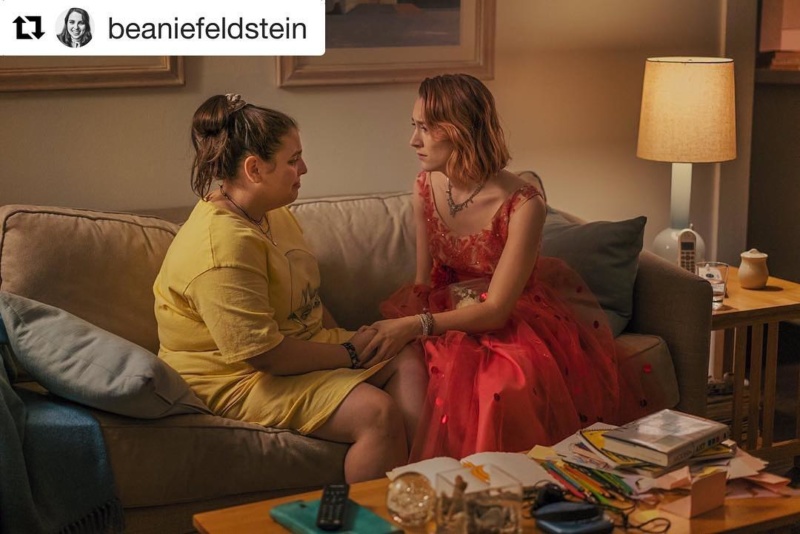 Lady Bird, 2017: For holding up a mirror to our teenage angst

Watching your sweet child turn into a demonic being (read: teenager) can sometimes feel like the Universe repaying you for all your grinchy, selfish behaviour towards your own parents.

Falling out with friends, feeling like your parents are from Pluto, being jilted by lovers, confusion over sexual preferences and even wanting to disassociate from your identity so badly that you’d rather be named after an insect — the film addresses a host of eternal teenager concerns.

If “I want you to be the very best version of yourself that you can be” doesn’t tug at your heartstrings even just a wee bit, we’d like to ask — are you still playing that old game of London Statue? 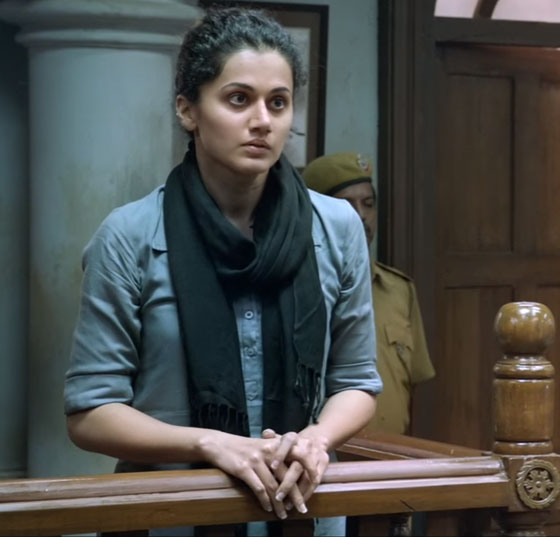 Pink, 2016: For its sensitive portrayal of social issues

Creating a world where men respect women is directly related to bringing up little boys well.

Shoojit Sarcar’s courtroom thriller pits a group of women against a group of men accused of sexual assault, with Amitabh Bachchan playing the former’s lawyer.

What follows is a film that reinforces the idea of women’s equality, and highlights the adversities, stereotypes, preconceived notions and assaults women face in what still feels like a ‘man’s world’ sometimes. 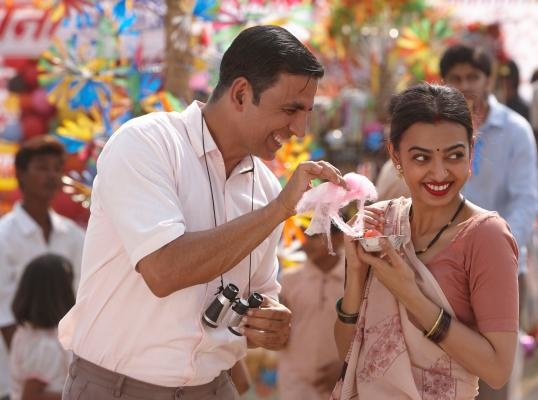 I describe my menstrual pain in excruciating detail — mostly, people empathise. There’s always that one person who grimaces like I’m telling a dead baby joke.

Like most women, I’ve hidden tampons in pockets, shuffled to the bathroom like a CIA agent. Growing up in India with absurd notions of women being banished from kitchens and places of worship while on their period tends to make one wary.

The film Pad Man, inspired by the life of social activist Arunachalam Muruganantham (played by Akshay Kumar), addresses menstrual hygiene in India, taking on the shame that society imposes on women during their time of month and forcing a closer look at the ways in which we can all normalise, well, a normal biological occurrence. 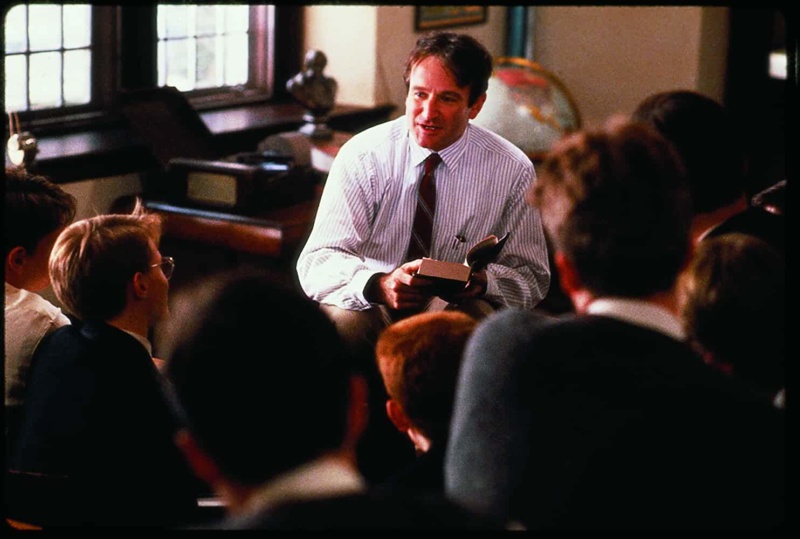 “You have no idea what boarding school life is like — it’s like living in a whole different world.”

My brother has been espousing the life-changing benefits of boarding school like he was transported to the Indus Valley Civilisation and unveiled the secrets of life, rather than to a school in Khandala.

Still, if Dead Poets Society is anything to go by, boarding school is where you will finally find people with the same weird interests as you, join secret clubs, find the courage to follow your dreams and be blessed with a live-in mentor who challenges you to ‘carpe diem’ every single day.

I cannot read, or listen to “O Captain, My Captain” without a tear streaming down my face — and with Robin Williams’ untimely demise, the message his professor character delivered to an unruly group of teenage boys, to squeeze the juice out of life – is that much more poignant. 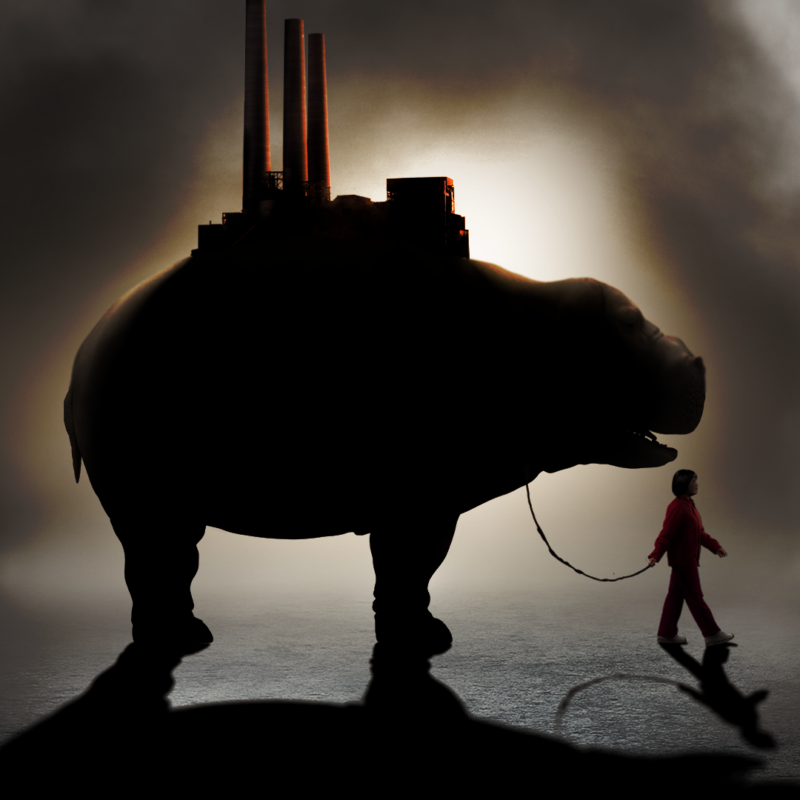 Okja, 2017: For opening their eyes to harsh realities of the world

Considering my carnivorous self had to shield my eyes from a few gut-wrenching scenes, I’d recommend parental supervision for this American-Korean film directed by Oscar winner Bong Joon-ho. (Yes, the man behind Parasite).

The film follows 10-year-old Mija, who has grown up raising a genetically enhanced super pig, and the chaos that ensues when the pig is taken away by the multinational company that gave Okja to Mija and her grandfather in the first place.

Mija sets off on a rescue mission and in the bargain, viewers discover the harsh truth behind corporate greed and agenda, get a lesson in animal activism and potentially start rethinking their own life choices.

If you’re raising an independent, introspective kid, this is the film that gently yet heart-wrenchingly opens their eyes to harsh worldly truths. And gives them ‘foreign film’ watching bragging rights. 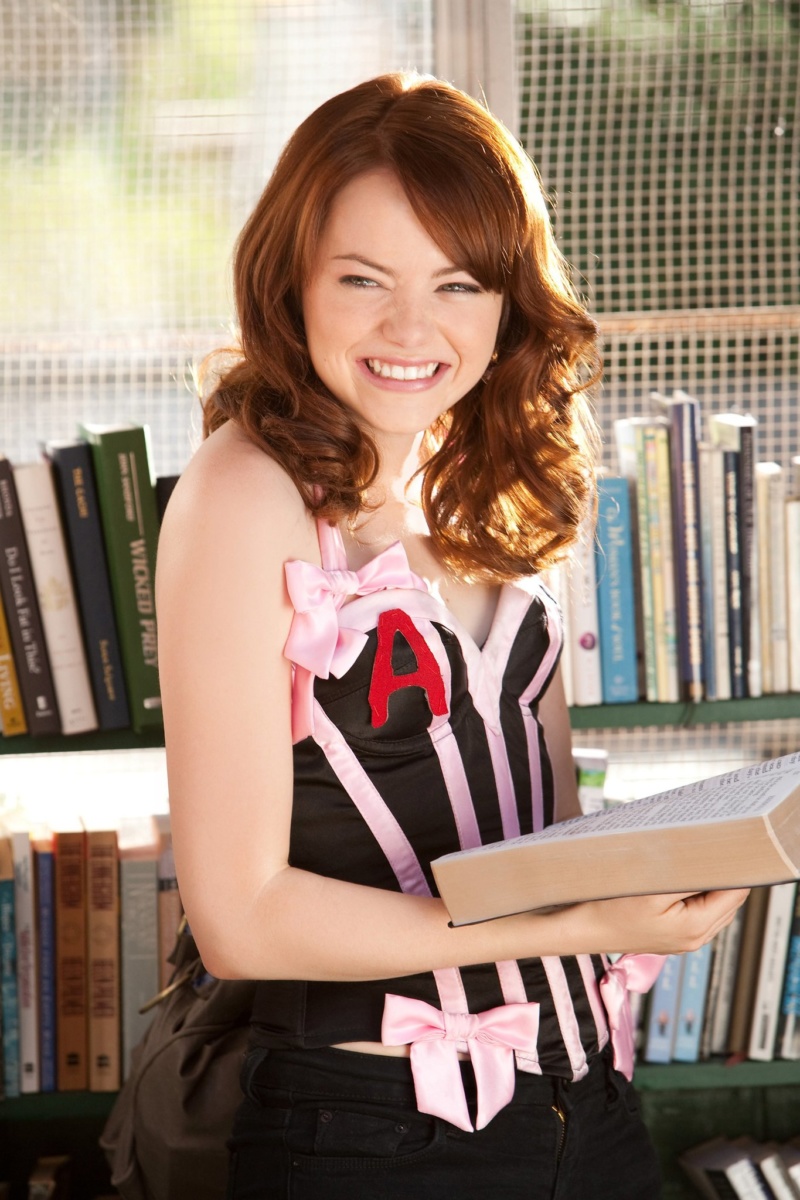 Inspired by Nathaniel Hawthorne’s The Scarlet Letter, the film follows the heroine as she grapples with rumours, self-acceptance, hypocrisy.

It throws light on how somethings never change — that we as a society tend to believe the worst in people, back then, and even now.

Stick to labelling your belongings, just like Deepika Padukone did. And seriously, enough with the slut shaming.

The directorial debut of Aamir Khan falls on our list of best movies for teenagers for a number of reasons — it shed light on the obsessive need of Indian parents to create an overachieving kid.

It’s also life-giving for all those little kids who grew up with their parents comparing them to aforementioned overachieving Oms.

The thoughtful, well-crafted tale of a child (played by Darsheel Safary) who is eventually diagnosed with a learning disability addresses how parents tend to over look their own kid’s strengths and weaknesses and how there’s so much more to life than being academically inclined.

I just wish this movie had been around when I was 15 and flunked math for the first time. 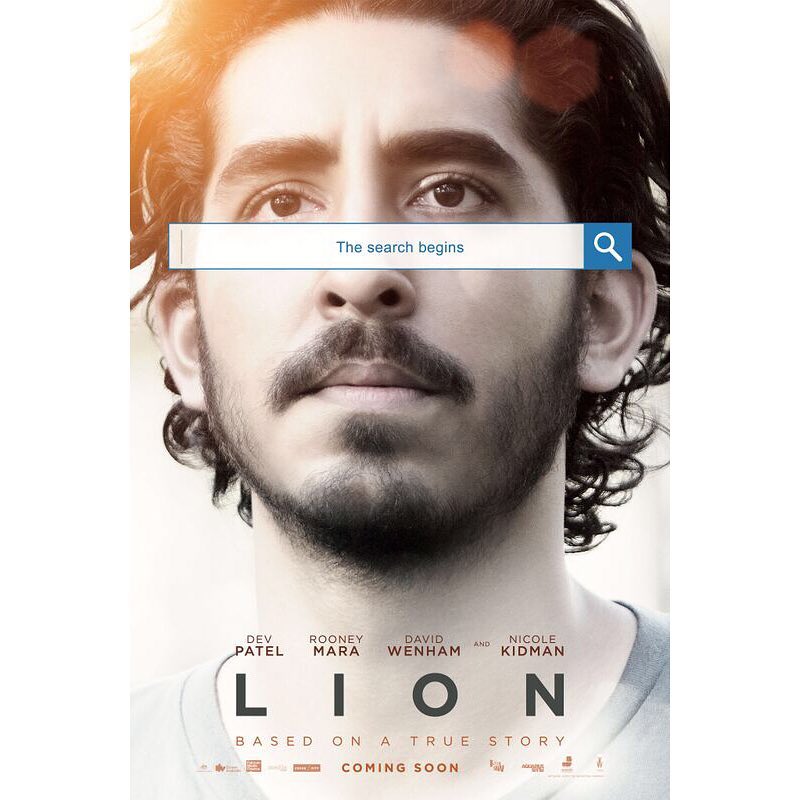 Lion, 2016: For the true meaning of family ties

Five-year-old Saroo gets lost on a train which takes him thousands of kilometres across India, away from home and family. Eventually, he’s adopted by an Australian couple and moves away.

The film, based on a real-life story, traces his journey as he returns to India, twenty-five years later in an attempt to find his lost family, and home.

Tackling adoption, loss and the true meaning of family, the film is poignant and beautiful — as is Dev Patel, who plays Saroo. 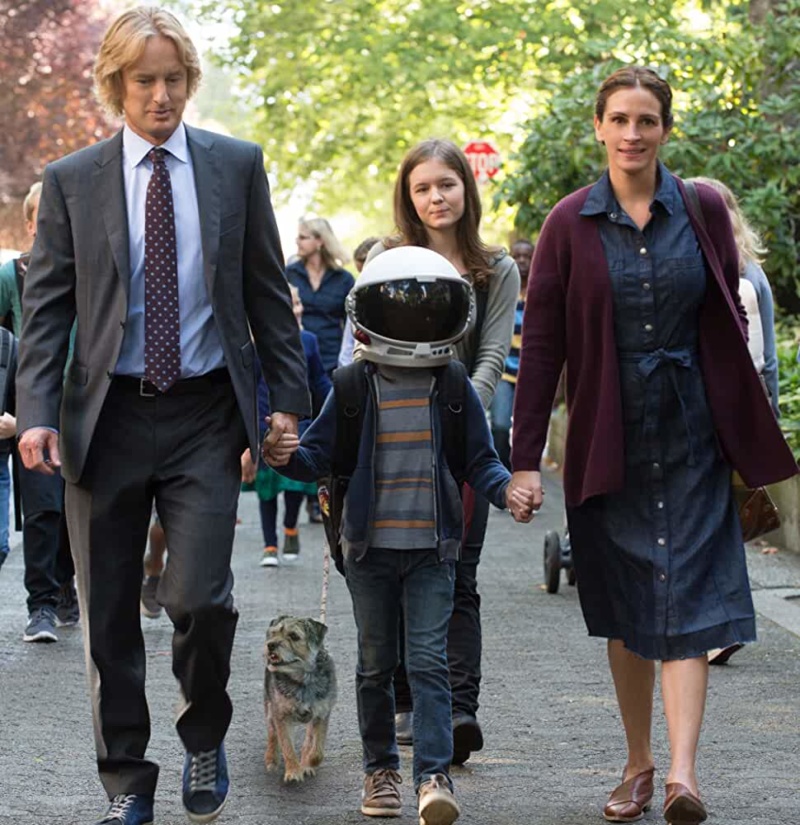 Even as a 30-year-old, a surprise pimple can illicit a dramatic tantrum that could put Lindsay Lohan in Confessions of a Teenage Drama Queen to shame. It’s easier to judge yourself and others harshly than it is to just accept things as they are.

Wonder is the story of 10 year-old August “Auggie” Pullman, a boy with a facial deformity who is ostracised by the entire school because of the way he looks.

His resilience, his dynamic with his protective mother (Julia Roberts), how his condition affects his family and how he ultimately finds the courage for self-acceptance is ugly-cry inducing.

Be prepared to face the gut-wrenching cruelty of kids to make it to the tear-inducing feel-good ending. I just want to squish Auggie. That’s all.

That, and I’ll never complain about a pimple again. 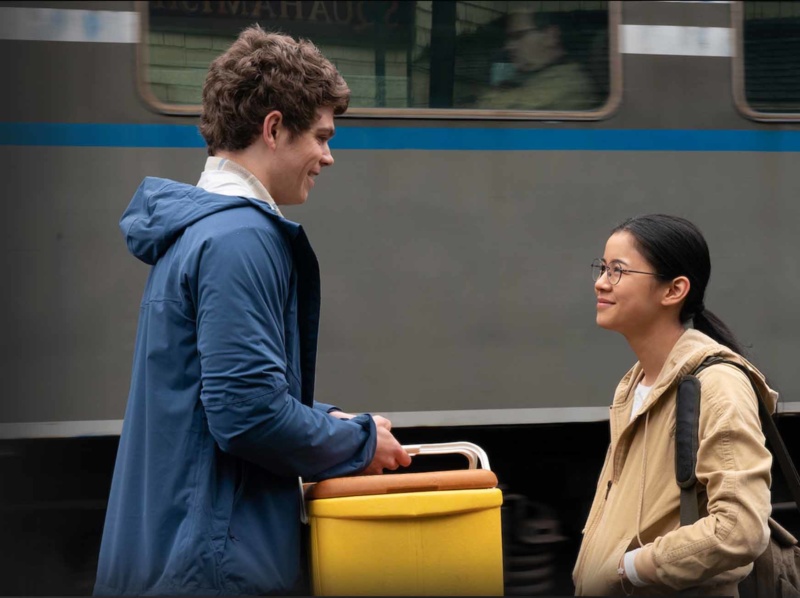 The world as we know it is changing — and growing. Love and gender can no longer be boxed into the neat compartments boomers grew up with. They’re more fluid, more abstract, and need to be equally represented on film.

With The Half of It, Netflix attempts to bridge this gap — the selection from our list of best movies for teenagers follows a clever straight-A student when she attempts to help a football player by ghost-writing a message to his crush. Only to find out she’s falling for her too.

Exploring identity, friendship and unexpected connections, this is a sweet, relevant look at the changing face of relationships. 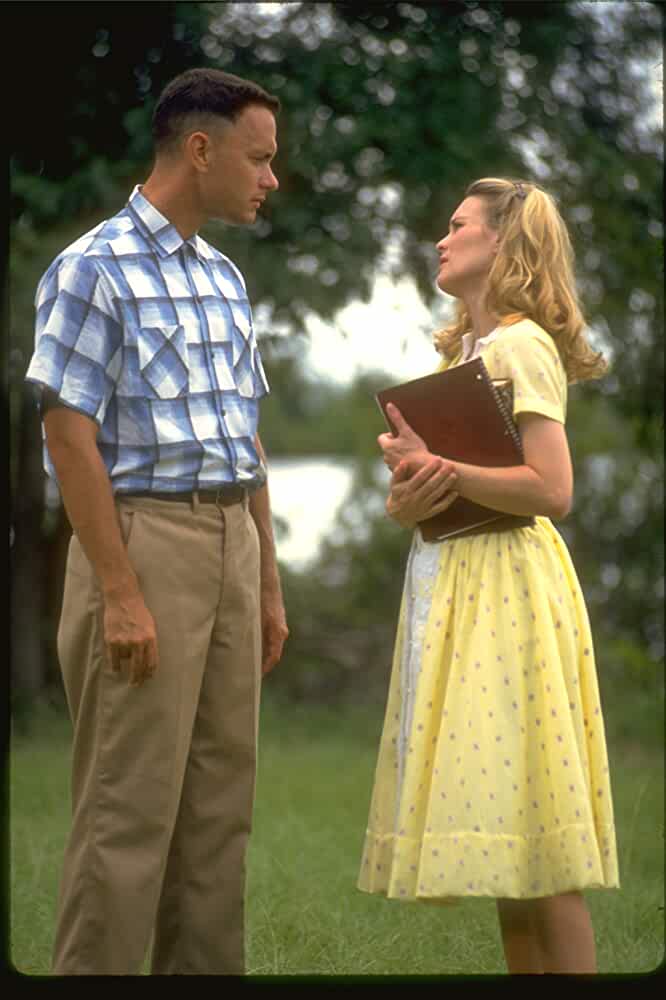 Forrest Gump, 1994: For its nuanced take on special needs and adversity

“Life is like a box of chocolates, you never know what you’re going to get.” The titular character, Forrest (Tom Hanks) shares this quote with the viewers and as you get through the film, you realise he makes the most of every flavour he’s been given.

The plot follows Forrest who was born crippled, and has lower than average IQ as he runs through life, against all odds, inspiring people with his unfettered, childlike optimism.

Run, Forrest, Run — and keep reminding us that we should too. Run after everything we love, that is.

Watch it on Google Play