A Holi party for the unHoli

Because we should have our bhang — and drink it too

You may have heard the saying, ‘Be the change you want to see in the world’, but there’s a spin to it that I have chosen to live my life by: be the colour you want to see in the world. From being the flagbearer of the emo Tumblr girl aesthetic as a kid, I have gone on to become the literal embodiment of Holi all year round, judging by the number of times I change my hair colour in the span of months. So, it’s ironic — even hilarious — to the people in my life when I tell them I dislike Holi.

I tell them it’s because I hate wasting water when many are going without it in a chawl just a few blocks away from us. As noble as my cause may be, the truth is I do hate wasting water — on myself for hours on end, because my annoying brother decided to smear permanent colours on that one unreachable spot on my back. And I’m sure there are many like me who will have known this pain. But that doesn’t mean we can’t join in on the fun.

Instead of staying holed up in your room with Netflix and your pillow to keep you company, how about you throw a Holi party for the hordes, which may be devoid of gulaal but never short on colour. From donning Euphoria-inspired makeup looks to bhang cocktails that will bring the party to you, here’s your guide to throwing a vibrant Holi party that will allow you to emerge unscathed.

The essentials of a Holi party for people who dislike Holi

While some may argue that white is the default colour code for Holi, we say, why not step up the game by transforming your white kurta dresses into a jazzy tie-dye outfit? If you, like me, have made a lifestyle out of dousing your white kurta with what you eat, this one isn’t going to be a challenge.

This is the quickest way to add a dash of colour to your monochrome outfit and isn’t as chaotic as it sounds. Akruthi Kataria Sureka, the founder and creative director of Anaya by Akruthi, reveals the secrets of natural dyeing with pantry basics like turmeric, tea, and onion if you’d like to try this one at home.

Have confetti bombs at the ready 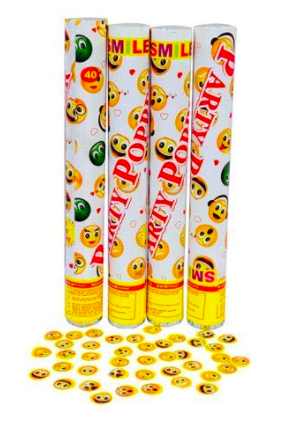 For every one friend who dislikes Holi, there are seven who derive sick pleasure out of drenching them in gulaal and water. And because any self-respecting Holi hater knows not to put themselves in harm’s way, we suggest you have more confetti bombs at your party than packets of ketchup in your condiment drawer.

They’re loud, colourful, and essentially serve the same purpose Holi colours do — instilling the fear of God in you when met with them unprepared. Give your friends the pleasure of catching you off-guard with their party guns… err, poppers — because better to find confetti in every corner of your house than spend weeks with ziddi colour in your ears.

Transform into a makeup baddie

What better way to evoke the spirit of Holi than transforming into the desi version of a Euphoria baddie at your party? To help you do just that, follow along as the Australian-born Indian makeup artist Rowi Singh creates this bejewelled, colour-drenched look that is basically the lovechild of Maddie and the essence of Holi.

But if you’re someone who is not into this psychedelia-tinged, blingy aesthetic, worry not. There’s always a high-shine peach look you can fall back on that makes your face look like a sun-kissed mango. You can recreate this look by digital creator Deep Pathare to give yourself that radiant glow, without your efforts being washed away with kumkum and water guns.

Get shaken and stirred with a bhang cocktail

A Holi party is incomplete without a legendary bhang cocktail that will have the collective memory loss of the entire guest list to its credit. Here’s a recipe for the best of springtime bhang cocktails called the spicy floral fizz. We guarantee your friends will come back to ask the recipe, provided they remember, of course. Experiment with a temporary hair colour 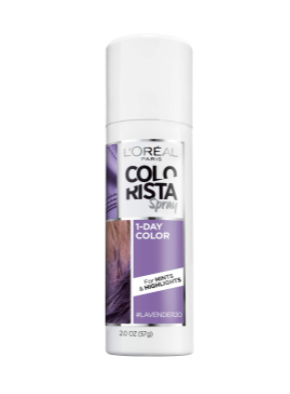 If you want to feel like an anime character for a day, you can don a wild hair colour — like yours truly — to bring chaar chaand to your Holi party. But take it from my colour-damaged hair, you don’t want to bleach it. Enter temporary hair colours.

The Colorista range by L’Oreal Paris comes in easy-to-apply spray bottles that also works on darker hair. With shades from metallic silver to pastel blue, it’ll give you that fun pop of colour you’re looking for. Simply spray your locks when they’re dry, then wash them out with regular shampoo when you’re ready to go back to normal. Unlike gulaal, these colours won’t damage your hair.

Get the party going with bhang roulette 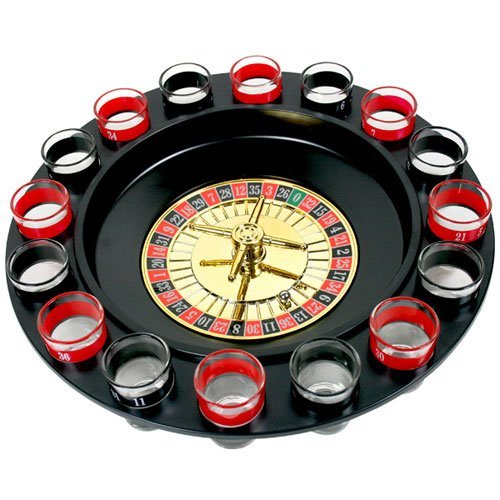 Even though your friends might look like innocent and sweet, there’s a high chance that they’re all concocting an evil plan in their heads to dunk you in a water bucket. But before your waterboarding nightmares come true, distract them by playing this game of bhang shot roulette.

Tweak tip: Even after all’s been said and done, there’s always the possibility that your best friend’s new boyfriend — or your best friend herself — decides to launch a missile of water balloons and gulaal at you. As much as you want to intimately acquaint them with the buzzing end of a taser, you must remember that you love them, and assault is a punishable offence. For moments like these, have an emergency kit — Mr Clean Magic eraser for stubborn gulaal marks on your wall, and a post-Holi skin and haircare box — at the ready to help you swim through your losses.