Let's give Quarantine With The Johars, starring Karan Johar's twins, the prime time slot it deserves

A sassy grandma, a pint-sized Anna Wintour, and a tiny dropper of truth bombs roasting Karan Johar. You really can’t ask for more

Work from home moods are abundant and varied – you have the banishers of bras, and those with over-productive spurts who pursue seven hobbies at a time, there also the sugar craving-induced sobbers, and the serial nappers. However, these categories only apply to those without children. Parents of young tykes — like Karan Johar’s twins — don’t have the luxury of mood swings when you’re trying to get your little ones to be productive while trying to factor in some me-time. 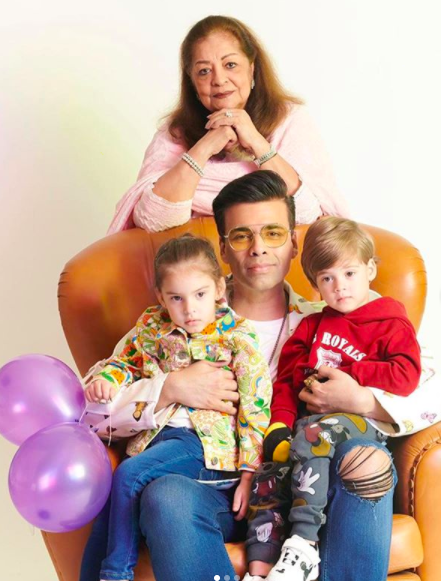 Johar’s #quarantinewiththejohars posts are making up for all the masaledar chaat we’ve had to let go off because of the lockdown. Here are some reasons why we think Quarantine With The Johars needs to be Dharma’s next big venture:

A random snack time! And the focus has now shifted to mama! Do watch till the end 😉 #lockdownwiththejohars

Well the @Gucci rant continues! For some reason they are not getting over it! And I have gone into a Sulk! #lockdownwiththejohars #toodles

All we’re trying to say it that if this is the trailer for Student Of The Year 15, take my money.