This family of four left Gurgaon's urban jungle to embrace life in the hills, and they're not looking back

“We are living with forest fires and leopards in the vicinity, but we feel safer than we did in the urban jungle”

In 1873, American naturalist John Muir wrote to his sister, “The mountains are calling and I must go, and I will work on while I can, studying incessantly.” He wanted to protect California’s Yosemite, one of the oldest and largest national parks in the USA. A shortened version of the quote is now seen on mugs, diaries, planners, T-shirts – mostly office supplies – to remind exhausted corporate slaves that they need a break to move to the hills — only to return to the grind with renewed energy.

But for Gurgaon-based development professional Sanjay Tomar, who works in forest conservation and management, and his wife, Indrani Phukan, a climatechange professional, when the pandemic took over last year, they got a call from the mountains – the Shivaliks in the Outer Himalayas to be precise, and shipped off semi-permanently to cope with the vagaries posed by COVID-19.

The couple and their teenager kids left their Gurgaon home of 15 years and made the uphill climb near Solan in Himachal Pradesh. Their two-acre ancestral property is perched on a small ridge flanked by streams and mountains on both sides. The evenings are graced by breathtaking sunsets and views stretching to as far as Kasauli. And the sky is so transparent that you’ll pinch yourself when you spot the moon at 10am or even 2pm.

The couple built their vacation home in 2016, and often spent their holidays here to escape Delhi’s sweltering summers and smoggy winters, but now “this is the way of life for us”, says Sanjay, who was born in Nahan, a town 85 kms away from Solan.

On March 18, just before the national lockdown was imposed, he moved into the vacation house. He’d been in Shimla working, and this home was the closest. In May, when the state borders opened up, his wife and kids moved up for a month or two.

“Confined within the four walls of our Gurgaon apartment for three months at a stretch with two children, away from my husband for even longer, everyone’s patience was running thin. So we took this privileged, practical decision to make our farmhouse our safe sanctuary,” says Indrani.

When they first moved, there were no COVID cases till as far as 25 kms. Now they do have a few cases within a 5 km radius. Since they envisioned it as a two-month break, the house was loaded with supplies. They were enjoying a ‘workation’ for the first few weeks, while soaking in the sights — forest walks, capturing every misty sunrise, farming, sky gazing and bird watching.

But the longer they stayed there, the more permanent the move became. Their city alarms of honking automobiles and boisterous neighbours were replaced by Lali’s (their stubborn cow) mooing and chirping birds. Sanjay calls it “therapeutic”.

“Every time we vacationed here, we contemplated this permanent move, but our major concern was the lack of medical facilities. Living here has made me realise that it’s not even a concern. The air is fresh, pollutants are automatically eliminated. We grow most of our own vegetables. The milk and ghee we are consuming comes from our cattle. And we know what we are feeding the cow. I don’t think we need medical attention here as often as we tend to do in big cities,” explains Sanjay.

A move to the hills can be an uphill climb

This restorative move didn’t come without its share of hiccups, gastronomic shocks and some major lifestyle overhauls.

The children, who devour Japanese food and love the usual fast food chains, felt transported to an alien land. The closest Japanese restaurant was 85kms away in Chandigarh City Centre. There was no option to Zomato meals anymore.

The 13-year-old daughter, an avid swimmer and gymnast shifted her focus towards creative pursuits like photography and art. The 16-year-old was playing football by himself in the corridors. They felt “stuck”.

The seniors were robbed off the 24/7 shops to deliver happiness at their doorsteps. Online shopping was out of bounds. “It meant getting things delivered to a friend’s residence 25 kms away and getting it collected every weekend. Or visiting the nearest town Solan (27 kms) with all statutory precautions on weekends, to get groceries. And for sausages, cheeses, keema, kebabs, wines and gins, we had to travel for 2½ hours to Chandigarh,” explains Indrani.

The growing sense of restlessness in the initial few months led to a phase of hoarding supplies on their weekly visits to Chandigarh. Wrapped in this unease was a lesson for the family: patience and the will to DIY. They realised the value of slow living and more importantly, of becoming more self-sufficient. Luckily, they were in a place where they could learn.

“Our knowledge of agriculture grew, coupled with our experience of working in the development sector  – from preparing organic manure for our crops to making biloni-style ghee at home. We now recycle almost everything – vegetable and fruit peels are fed to Lali, the bones to Max, a two-month old dog we adopted here, plastics and bottles are dropped at recycling hubs in Solan on a weekly basis. Dead and dry trees are used in our fireplace, which is a great energy saver as we warm food, water and even boil eggs by just putting the containers on top of the fireplace,” says Indrani.

The couple started growing their own vegetables too, and making everything at home – pizza, pasta, even bread. As the kitchen got busier, the essence of community living and the barter system took centre stage. You may not know the names of your neighbours in apartment complexes, but in the village, you’re part of a giant family of 80-100.

They were welcomed by villagers who came with warm greetings and a side of sabzi. It turned into a sweet barter system. Squash exchanged for broccoli, chillis swapped for bell peppers. The caretaker brings an update every morning: “Aaj koi lauki leke aaya.” And no, they won’t stop sending vegetables if you have nothing to give them in return.

The Tomars had to get used to a new way of life. To survive in freezing temperatures, a fireplace made its way from Auroville to their living room. The dining table was repurposed as a classroom for the kids. A dishwasher was recently installed too. With major things in place, Indrani says “we are in a comfortable setting now”. 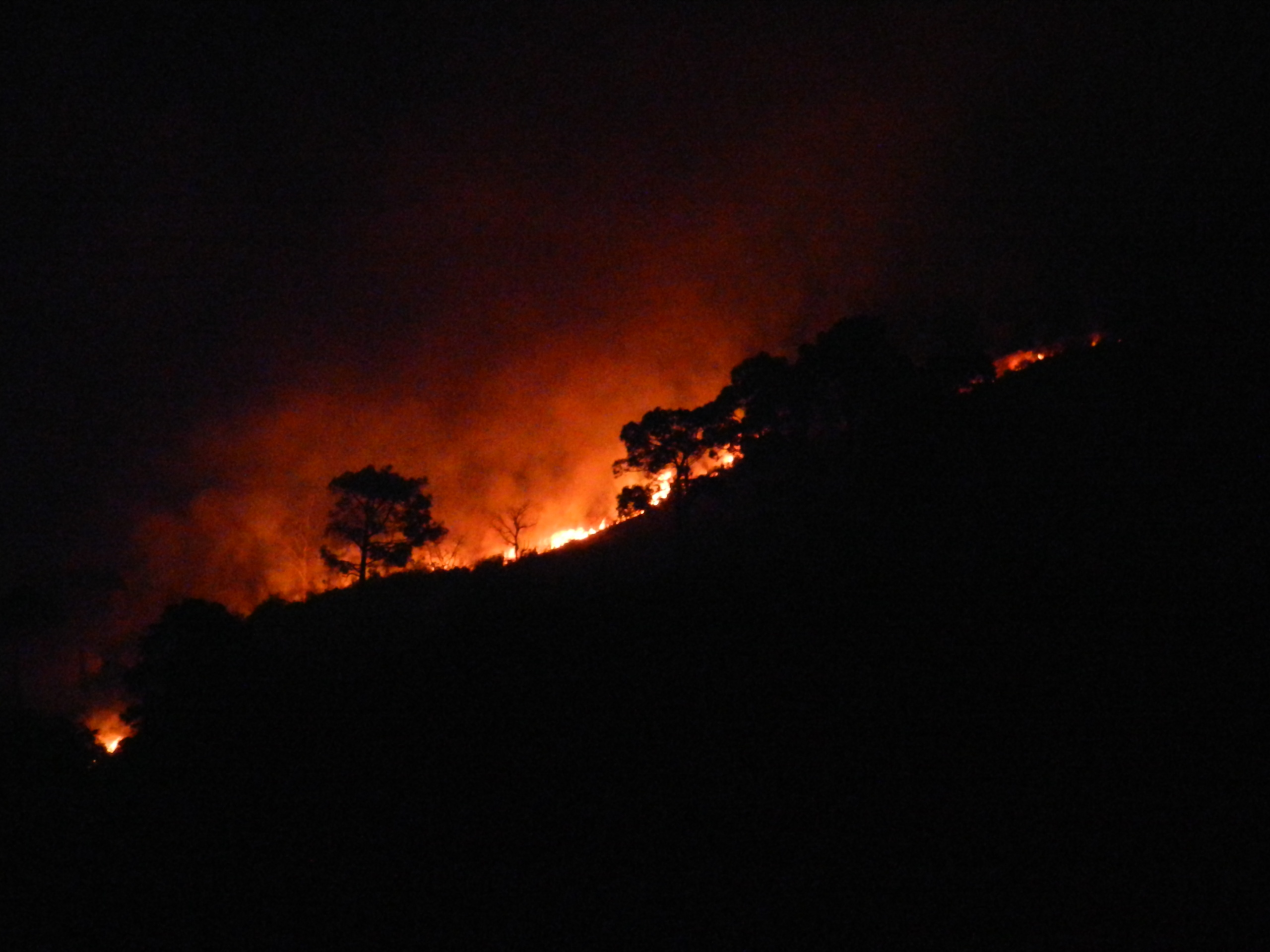 Surrounded by trees and visited by leopards, deers, peacocks and even forest fires in the neighbouring farms — the family still feels safer here than in their urban jungle. “My daughter bikes alone to the market in the village a few kilometres away and then picks up stuff, and sits by the stream, reads a book, and returns home. She wouldn’t move around alone in Gurgaon. We feel confident that she can be independent now,” says the forester.

Their son has started practising Isha Kriya, and wishes to move here for further studies. Says Sanjay, “After that, we really plan to move here permanently once our children move to other cities to pursue their education.”

Treading the fine line between the luxuries of city life and the joys of community living in a secluded village, the Tomars finally feel they are living, and not running a race or chasing an urban dream. The life they’ve made is more fulfilling than the one they’ve left behind (for the time being).