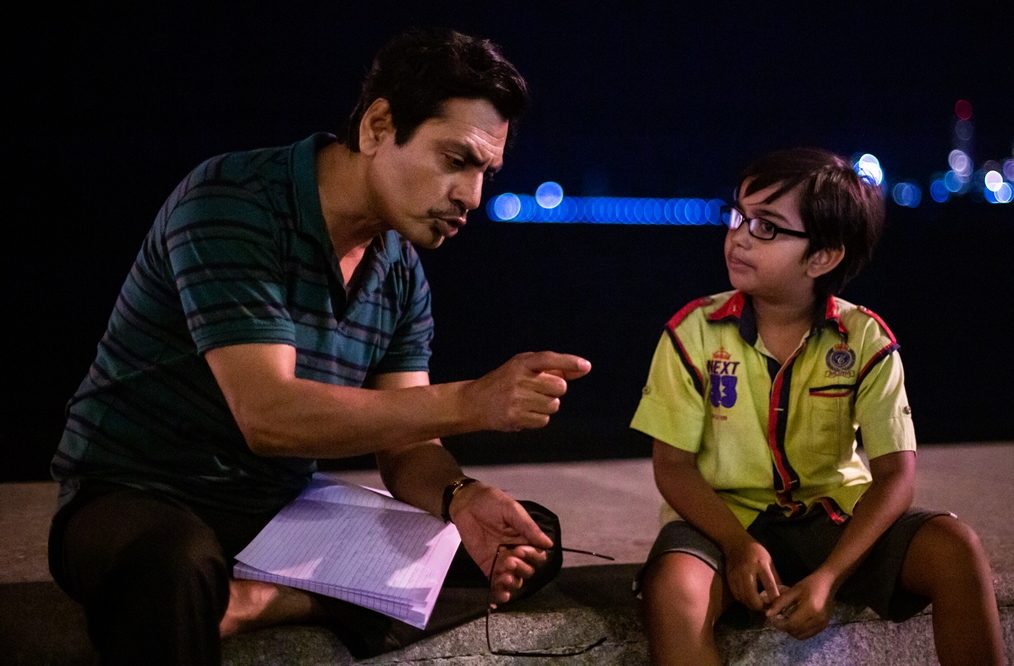 A still from Serious Men
by Arundhati Chatterjee Discover

This October watchlist is hotter than the October heat

All roads lead to Mirzapur, haunted villas and bar fights

October, every year, feels like a 31-day-long Wednesday. The heat rises, Diwali taash parties are still weeks away, and December feels years away. But 2020 has broken all the rules and given us a year-long Wednesday.

There’s no break in sight, and we are operating on auto-pilot mode: dragging ourselves out of bed, glueing ourselves to screens, first for work, and then for entertainment, and taking occasional pee breaks and water-the-succulent timeouts.

Yet some things don’t change. The heat has started melting our brains, and we are drowning in a pool of sweat without hitting the gym. And this heat has reached our streaming platforms as well. October releases aren’t the weighted blanket you were expecting to disappear into. If you’re on a binge diet, the upcoming shows aren’t going to be your comfort food, but fiery meals you must consume to fuel your system.

Our October watchlist is mirroring our temperament and current state of mind. There’s enough rage, anger and thrill to keep you on the edge of your couch. There’s a historical bar fight, return of the gang wars we were impatiently waiting for, a few hours of supernatural activities and some of it even comes packaged in our favourite naturalist dadaji, Sir David Attenborough’s soothing baritone.

Add these titles to your October watchlist to steer clear from the bad entertainment streaming live on news channels every night.

7 shows to add to your October watchlist 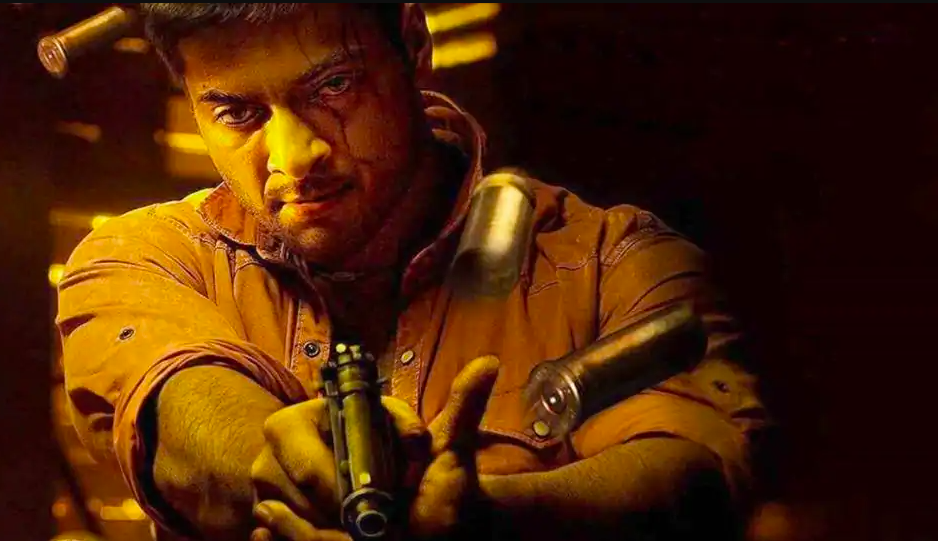 It’s been a long wait since season 1 came out all guns blazing in 2018.

Almost two years later, we head back to the grimy alleys of Mirzapur where Guddu (Ali Fazal) unleashes his revenge plan against Munna (Divyendu Sharma) who killed Guddu’s brother and wife (Shriya Pilgaonkar) in the first season.

But things aren’t going to be easy for Guddu either. A quick recap: Guddu is threatened by Sharad (Anjum Sharma) after he killed Sharad’s father Rati Shankar Shukla (Shubrajyoti Bharat) in the previous season of cross firing.

Creators Karan Anshuman and Gurmmeet Singh introduced us to the brilliance of Pankaj Tripathi as Mirzapur’s mafia kingpin Akhandanand Tripathi (Munna’s father). Will the redemption act topple Tripathi’s dominance? All we can say is safety isn’t guaranteed to anybody in Mirzapur.

Streams on Prime Video from October 23 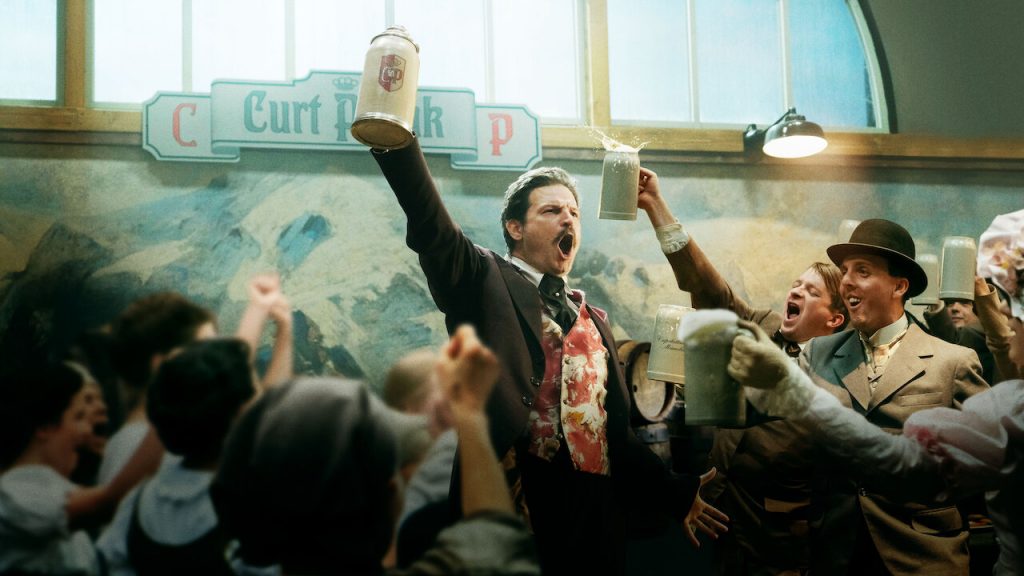 Netflix’s brewery serves up some cold-blooded murder and beers in this German crime drama, that takes us back to the 1900s.

In Munich, just ahead of Oktoberfest celebrations, shrewd outsider Curt Prank (Misel Maticevic) conspires to replace small tasting rooms with a colossal brewery serving 6,000 kinds of beers. His only rival is a stubborn family that runs a small-time brewery.

Director Hannu Salonen’s show is loosely based on true events, and as the beer and blood flow in surplus, we can only hope to binge-watch this bar fight unfold in its opening weekend.

Streams on Netflix from October 1 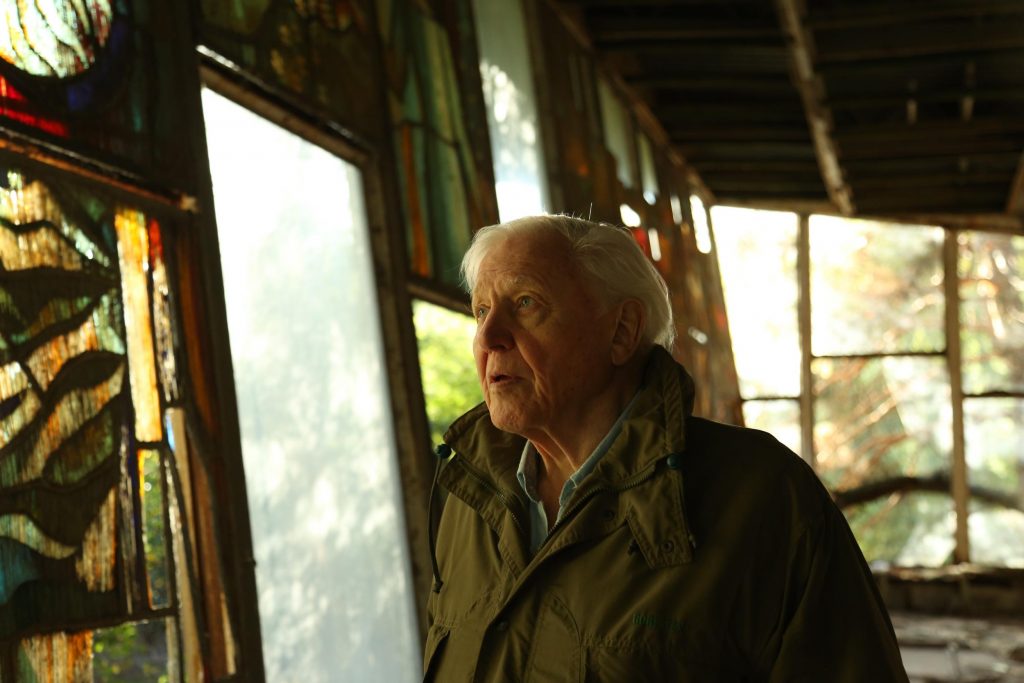 David Attenborough: A Life On Our Planet

Our most trusted naturalist is 94. He has been around since before the O-zone layer started depleting and the polar caps began melting. In the last seven decades, Attenborough has hugged mountain gorillas, howled like wolves, and on rare occasions, booed slacking sloths.

With a near-endangered smile on his face, he went about bringing the best of nature to us. But this documentary is different. Attenborough is grief-stricken. In a way, A Life On Our Planet is a true crime documentary as the naturalist warns us that our planet is being murdered, and we are doing nothing to save it.

Directors Alastair Fothergill, Jonnie Hughes and Keith Scholey paint the most vibrant image from the Attenborough archives and slap us with statistics on how things have changed for the worst over the decades.

Watch this documentary for a not-so-gentle reminder that our planet is screwed, and we are to blame.

Streams on Netflix from October 4 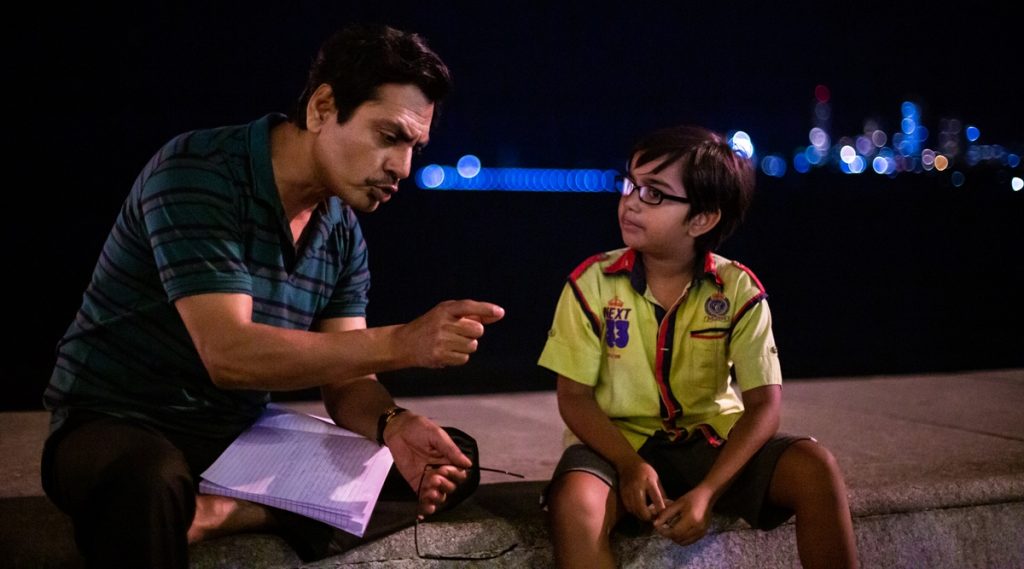 Director Sudhir Mishra brings Manu Joseph’s novel, Serious Men, alive on screen. The trailer dropped earlier this month and we lapped it up.

Ayyan Mani (Nawazuddin Siddiqui), a Mumbai-based slum dweller, will do absolutely anything to ensure his son (Aakshath Das) grows up to become one of the ‘serious men’ who enjoy a corner office and dictate to their subordinates.

But cutting the clutter of nepotism and class system isn’t as easy as getting an admission into a fancy school. Hence, Mani hatches a plan with a well-crafted web of lies. He promotes his son as a child genius – BR Ambedkar’s oratory skills and Albert Einstein’s brilliance rolled into one.

From the looks of the trailer, this exercise in upward mobility goes from ridiculous to heart-breaking and affirming all at once.

Streams on Netflix from October 2 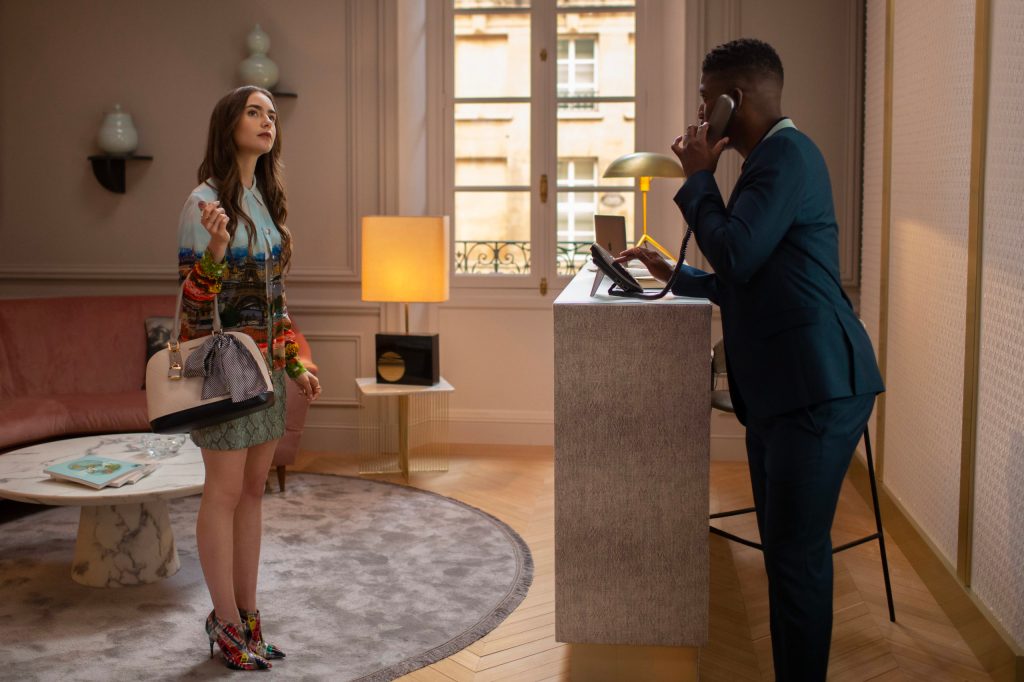 Sex and the City creator Darren Star is back — without his entourage led by Carrie Bradshaw. Star takes us to Paris, where the titular character played by Lily Collins is much like every 20-something: ambitious, driven and has figured what her dream job is.

Unlike most 20-somethings though, she lands the dream job and jet sets to the French capital, where she is set to revamp a French luxury marketing company’s media strategy.

While she is struggling with the daily dose of culture shocks, and adjustment issues in her dysfunctional workplace, Emily is also desperately seeking the one thing the city promises – no, not just a good view of the Eiffel Tower, but love.

It’s not going to be one night with Emily In Paris situation, more of a weekend affair, we reckon. Unless we savour it and watch it in tiny portions.

Streams on Netflix from October 2 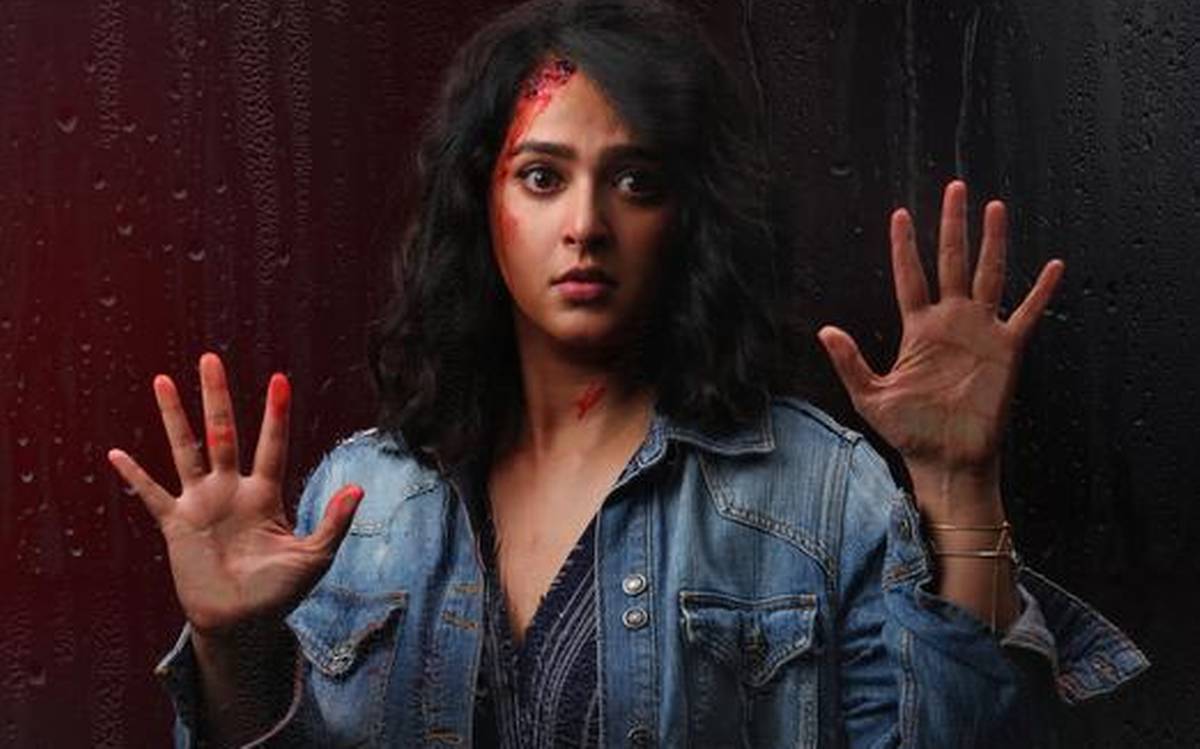 We’ve been living in a real-life thriller called Virus of The Century for months now. And some of us are also encountering spirits living in their houses without paying rent. Yet, we aren’t tired of the genre – horror thriller.

Director Hemanth Madhukar’s upcoming Telugu movie, Nishabdam, was initially supposed to be a silent film. Protagonist Sakshi (Anushka Shetty), is an artist with a speech impairment, who lives in Seattle. Her life takes a turn as she witnesses a tragic incident involving a musician (R Madhavan) in a haunted villa. It’s a killer drama with a supernatural twist.

Music is an integral part of the movie — so keep your eyes and ears open for haunting refrains of Mozart’s compositions through the film.

Streams on Prime Video from October 2 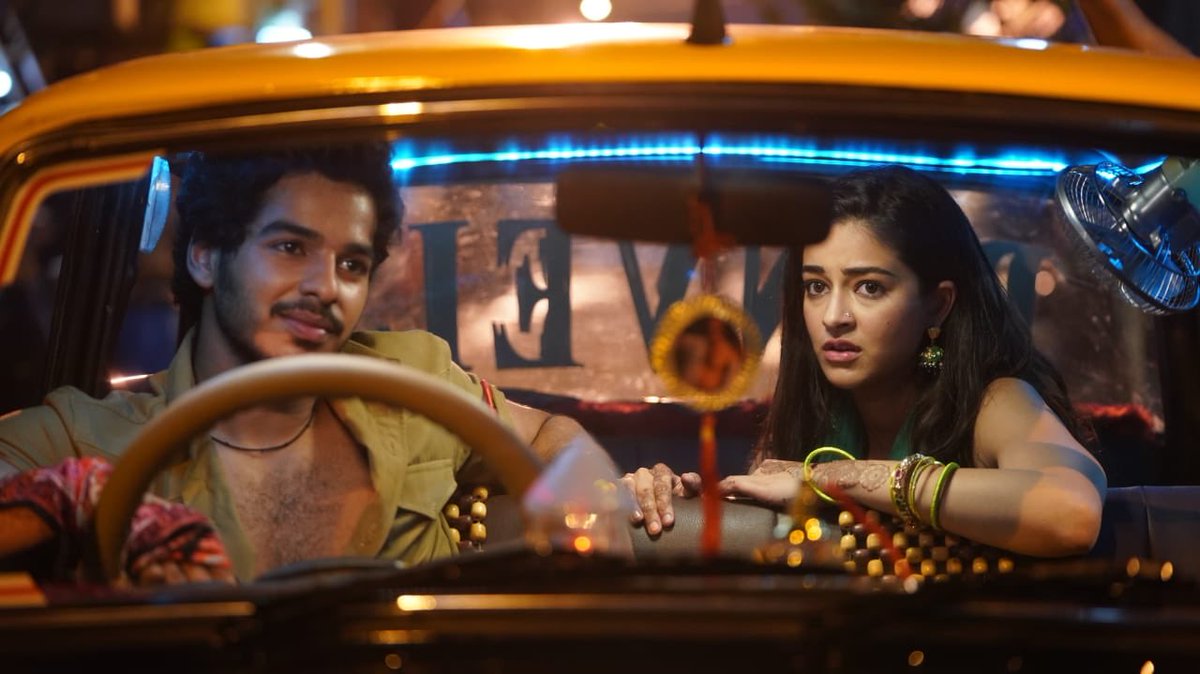 The movie is a mis-adventurous cab ride that takes you across Mumbai over the course of a night. Taxi driver Blackie (Ishaan Khatter), after serving jail time for “committing a half murder” is finally free, and meets dancer (Ananya Panday), who has stolen money. Throw into the mix a local gangster, (Jaideep Ahlawat of Paatal Lok fame), and things soon get out of hand.

Speedy car chase across Marine Drive, a glimpse of local trains and Dharavi — it’s a Mumbai darshan with the usual suspects.

Director Maqbool Khan has described the film as a ‘mad ride’, and if you, too, are tired of staying indoors, and want to hit the roads, this dramedy will be your couch ride across the city at night.

Streams on Zee Plex from October 2