Representative image: A still from Wild
by Rishika Singh Watch

Are you finally sick of all the Diwali taam-jhaam?

Detox from the holidays with this handy watchlist

What’s the last sound you want to hear when you have a hangover? The roar of the mixer-grinder, busy making the disgusting green concoction you have to drink in the name of detoxing post-Diwali. Because kuch paane ke liye kuch khona padta hai. Now that the tornado of festivities has died down, and you’ve made a molehill out of the mountain of mithai in your house, you might be feeling like a lost sock that was left out to dry. Floppy, dehydrated, and stretched to breaking point from all the namastes and small talk.

You’re probably on a ‘cleanse’ diet designed to wash away all your chutti sins (here’s one for you, in case you need help). But what about your brain? How do you give it a detox from all the gossip it had to listen to? Or the anguish of trying to understand Ramesh mama’s extempore teen patti rules? We won’t blame you if you want to retreat under the sheets, lock the door, and escape into an imaginary world. And we have just the ticket for you.

From cute animated movies and documentaries about our favourite pets (for those who prefer the company of animals) to post-apocalyptic movies if you’re imagining the world ending before you have to meet another human being, this Diwali detox watchlist is the antidote to all your troubles.

Instead of bingeing on the leftover laddoos, binge on our Diwali detox watchlist and relax from the madness of the long weekend. And if you want to eat some laddoos while watching, who are we to judge?

A Diwali detox watchlist to help you relax after a long, long weekend

If animals fascinate you more than people 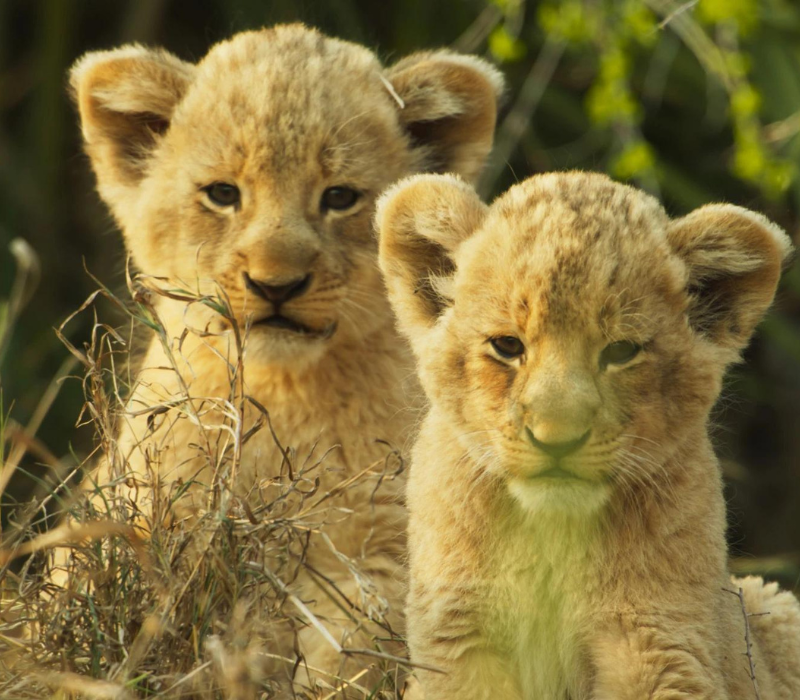 All babies are cute, whether they’re born to humans or animals, and Wild Babies proves it.

If you’re the kind of person who prefers the company of animals over real human beings, you’ll love going on a safari through the jungles of Africa from your bedroom with these wild babies.

Charles Darwin may have called it the survival of the fittest, but when it’s babies in the wild, you know you’ll be crying like a banshee if anything happens to even one of them. 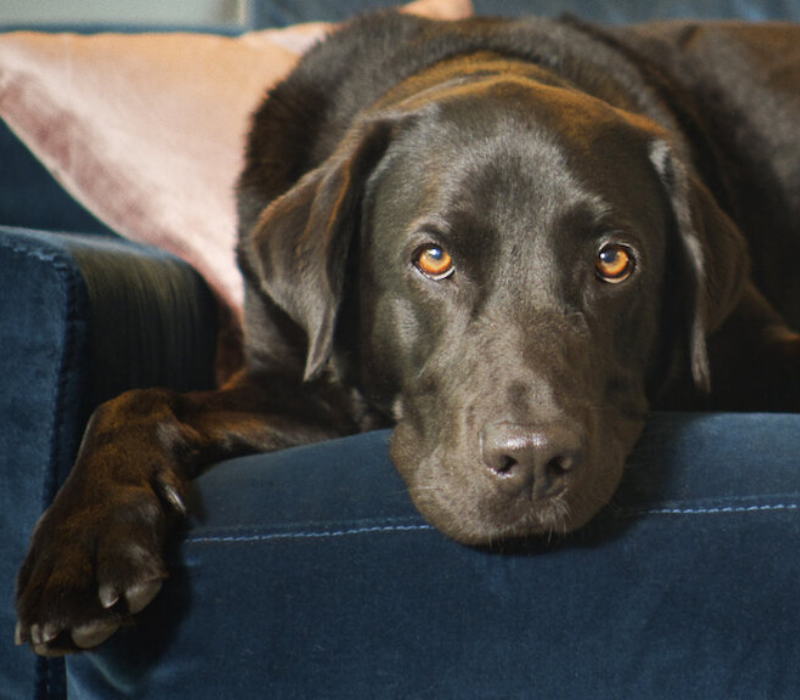 Do you often find yourself wondering what your labrador is thinking when he lounges on his stomach in the sun like a seal? Or how their behaviours are sometimes exactly like you or your family members? The Hidden Lives of Pets will answer all your questions and then some.

From a parrot who dances when it hears music playing, to a bunny who loves painting, you’ll make many non-human friends, and find yourself thinking how nice the world would be if it was only populated with dancing animals — and you, of course. 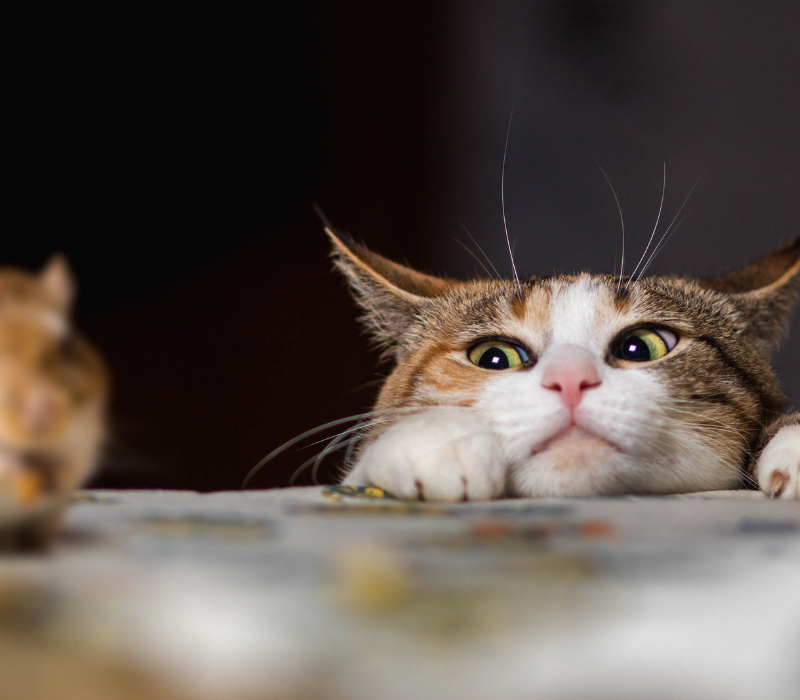 All cat people are like their cats: solitary, prickly creatures on the outside, yet warm and gooey on the inside. And if you’re a proud cat person yourself, snuggle up with your feline friend, because Inside the Mind of a Cat is just what you need to detox from people post-Diwali.

Even if you’re a budding cat person, there’s much to learn about interacting with cats through this documentary. How you need to offer your hand for them to smell if you’re new to them or how they slow-blink to let you know they trust you. This one has a little for every kind of cat and cat person out there. 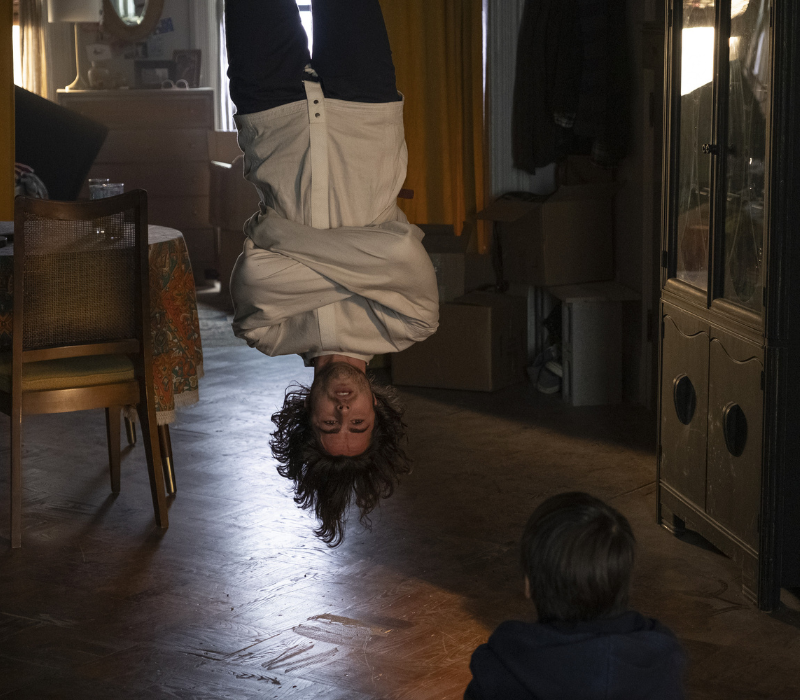 What if all men were to disappear from the world except one? At least you’d have only half the people to deal with. This concept is brought to life in Y: The Last Man.

In a world coloured by COVID, this series might get a tad too depressing for some of you, so keep the cute animal documentaries on standby or follow it up with God’s Favourite Idiot, which features later in the list.

Watch it on Disney+Hotstar. 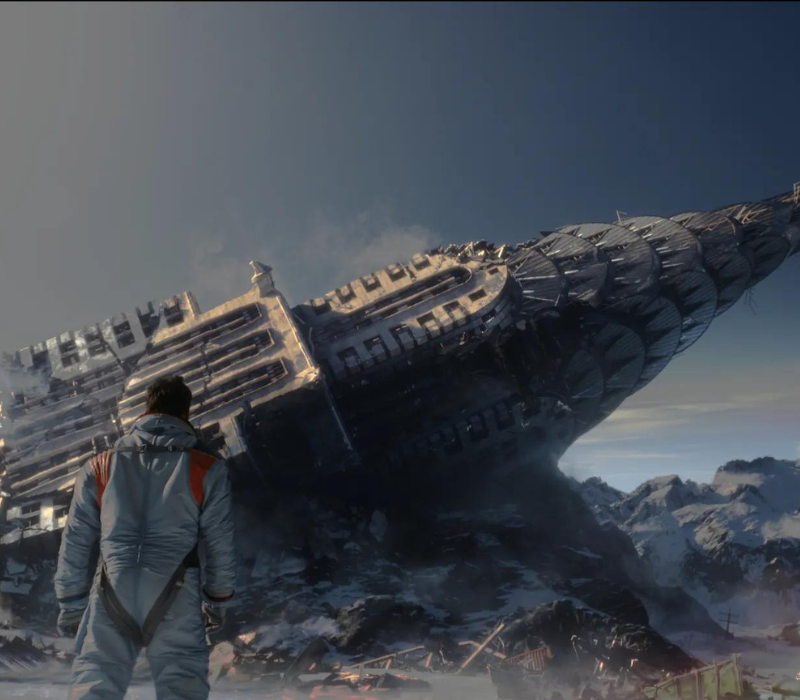 Your end-of-the-world machinations will be brought to life by Moonfall, wherein the moon is on a collision course with Earth after it was mysteriously knocked off orbit.

Remember when everyone thought the world was going to end in 2012 and Roland Emmerich made the movie 2012? One can only hope that this Moonfall also fails to actually come true — but it’s nice to dream about never having a social life again.

Watch it on Apple TV. 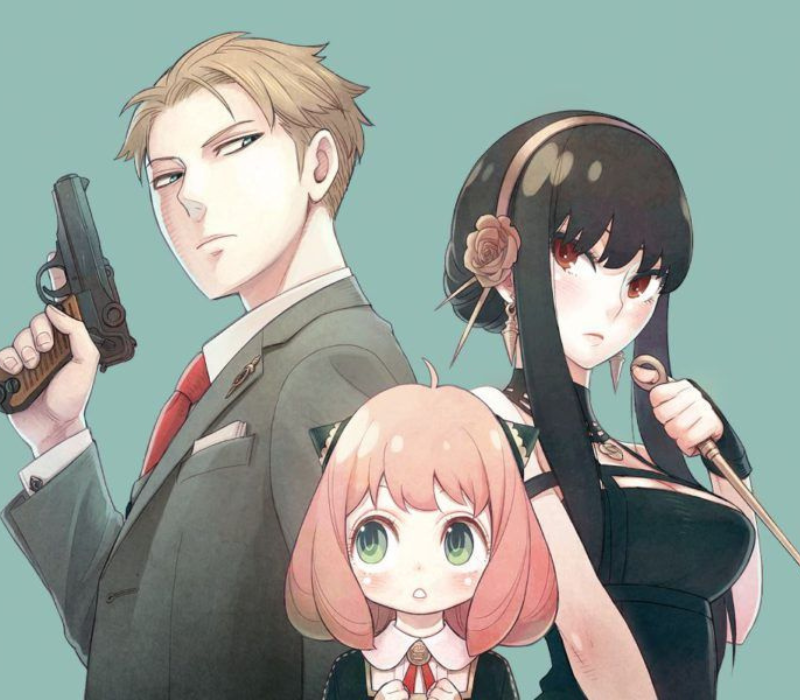 When you’re forced to return to the office after Diwali and make polite conversation with your coworkers, come home and escape into the anime world of Spy x Family.

Based on the turmoil between East and West Berlin, it follows a family (because family isn’t just blood but also the people you choose) of three who come together for a mission to sustain peace. Daughter Anya is a telepath, while her father is a spy and her mother, a contract assassin, natch.

There is nothing as satisfying as watching death-defying action when you know everything is going to be right in their world; that same evening, they’re all going to be sitting together at the dinner table. 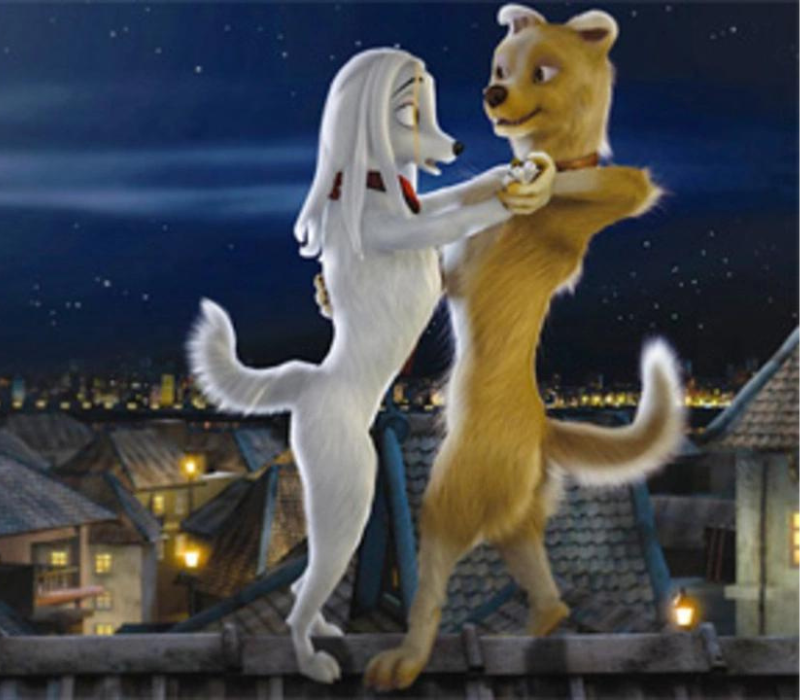 When you’re relying on the nostalgia of your bachpan ke din to take you through your adult life ke din, pick Roadside Romeo. Okay, we acquiesce the plot is a little predictable but that’s exactly what makes it a great watch for your Diwali detox watchlist.

You’d have to be heartless to not love an animated coming-of-age movie about dogs. Not to forget, the titular Romeo and his Laila are voiced by real-life couple Saif Ali Khan and Kareena Kapoor Khan, which only adds to the movie’s charm. 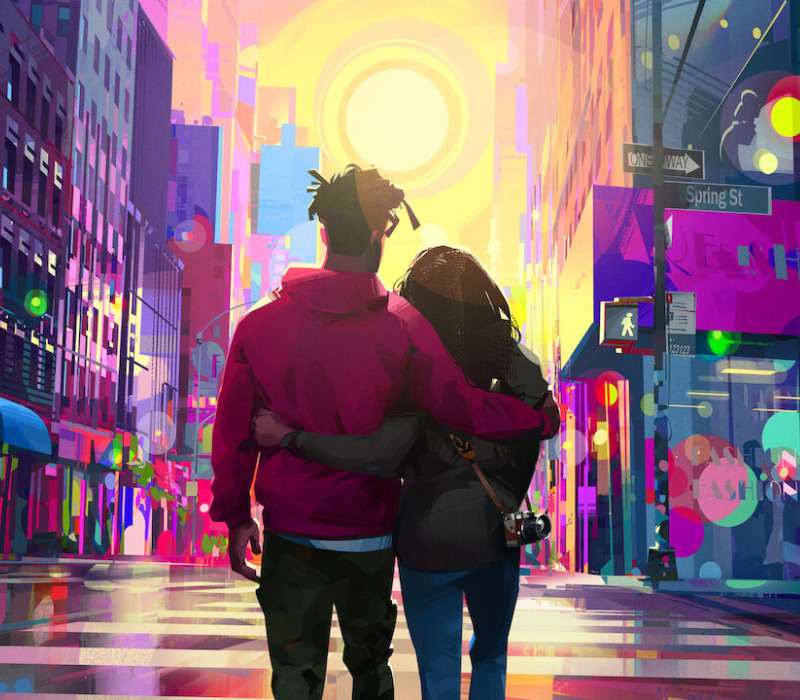 It’s hard to categorise Entergalactic as a film, a series, or even a musical, because it’s somewhere in the middle of them all, driven by its engaging animation and Kid Cudi’s reflective music. But the one thing we can categorise it as is a great watch — a feast for your eyes, ears, and minds.

Entergalactic drifts through songs about letting go of fear and relishing the moment as it portrays the story of a couple who are brought together by destiny. Follow along as they learn to put aside their qualms about love and trust each other.

If you want to go on a solo soul-searching adventure 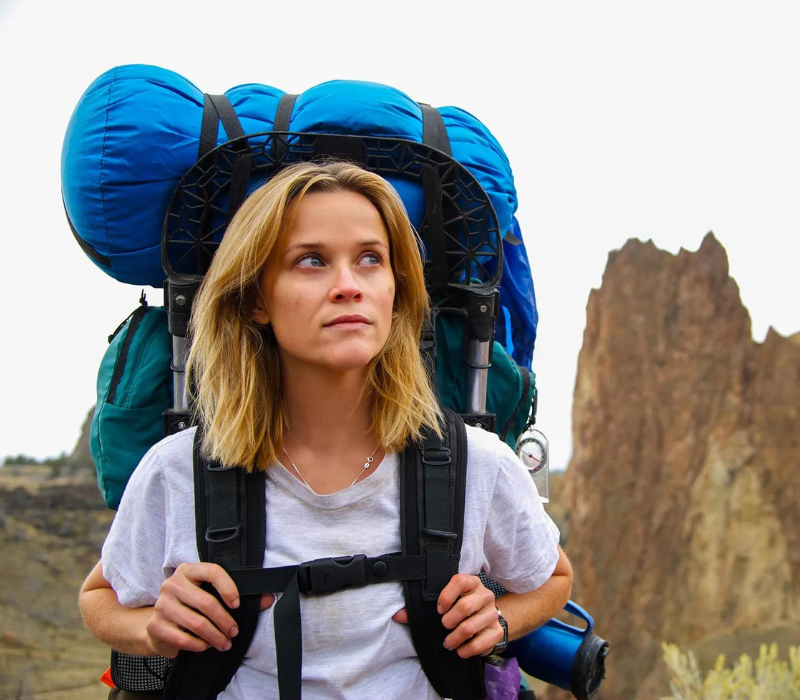 The new year is ripe for inner soul-searching adventures. You’ve most likely heard many (good and bad) things over the last couple of days that have set a chain reaction within you because who else is better equipped to hurl you into an existential crisis than your own family?

Watch it on Apple TV. 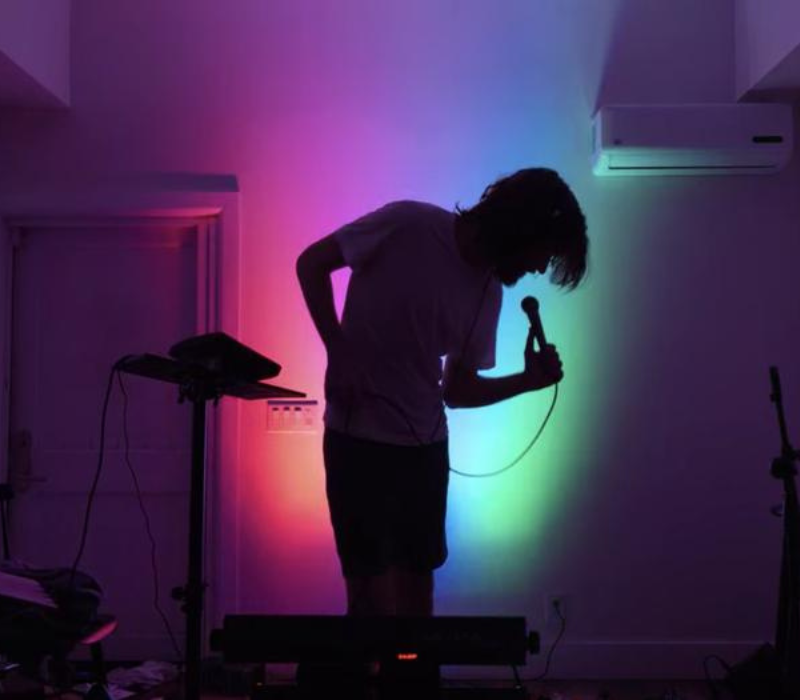 Unless you were in outer space through the lockdown and have only now found out there’s a global pandemic raging, chances are you’ve watched Bo Burham’s Inside. Burnham filmed himself during the height of the lockdown in a stand-up-cum-documentary special loaded with absurdly catchy songs that alternated between scorching and goofy.

The Inside Outtakes is an hour-long collection of brand-new content that includes behind-the-scenes footage and unaired clips from the original lockdown sessions that turned into the acclaimed Netflix special. If you enjoyed Inside, you’ll love The Outtakes. Some of the material shines as brightly as the twinkling Diwali lights that are still up in our homes. 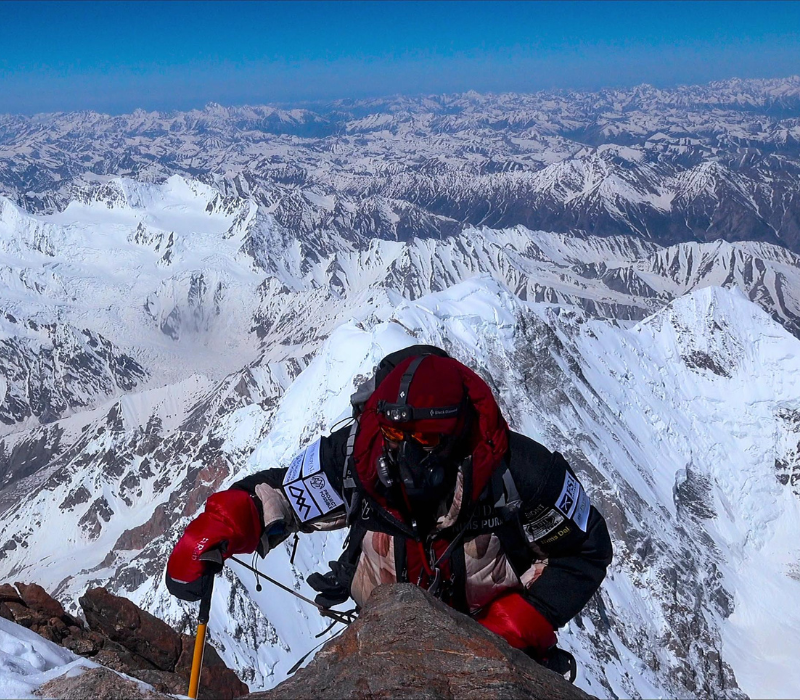 Did you know there are only 14 mountains in the world higher than 8,000 metres? Neither did we, before we watched Nepali moutaineer Nirmal Purja scaling all of them in the span of a mere seven months, when the last record stood at seven years. Yep, you read that right.

If Purja could scale mountains larger than most, we’re sure we can scale our own inner mountains too.

So if you’ve been overwhelmed by the festive season, there is a path to recovery via our Diwali detox watchlist — and it’s a lot easier than climbing the world’s highest peaks.