Anita Dongre is the Switzerland of the fashion world

Ivanka Trump joins other foreign dignitaries, including Hillary Clinton, as she votes for Dongre to solve her wardrobe woes

Separated by diverse political philosophies and very varied taste in men, these women prove that fashion is the ultimate unifier. Unless you think bicycle shorts and leggings as pants are a thing — then you’re on your own.

With her global clientele, Dongre has established herself as the Switzerland of the fashion world. You may fight over political allegiances — left, right and centre — but when it comes to solving your wardrobe woes during Indian yatras, there’s only one answer: Dongre’s contemporary silhouettes with a traditional twist.

Daughter Trump wore a hand-woven ‘Suruhi’ sherwani from the House of Anita Dongre on Day 2 of her recent India visit. She was spotted at Rashtrapati Bhavan in a tailored full-sleeved bandhgala woven out of Murshidabad silk, paired with straight-fit pants.

The monochrome outfit, we think, can easily double as a cloak of invisibility for times you find yourself stuck in the middle of an aggressive debate that you really don’t know enough to contribute to.

She genuinely looked like she had a lot of fun as she played cricket at Oval Maidan before visiting Banganga. As touristy as it gets. We can’t help but wonder if there were talks about ‘dugnaa lagaan’ during the match.

The photo-ops from Trudeau’s visit resembled a Manyavar TVC shoot. Mrs Trudeau in Dongre’s yellow chanderi salwar suit at the Sabarmati Ashram looked like she was either headed to a haldi ceremony right after or prepping for a sangeet later in the day.

During her 2018 India visit, former FLOTUS Hillary Clinton gave her nod of approval to Grassroot by Anita Dongre.

She endorsed the designer in hand-woven motifs inspired by the trees that tower over the ancient palaces of Rajasthan. 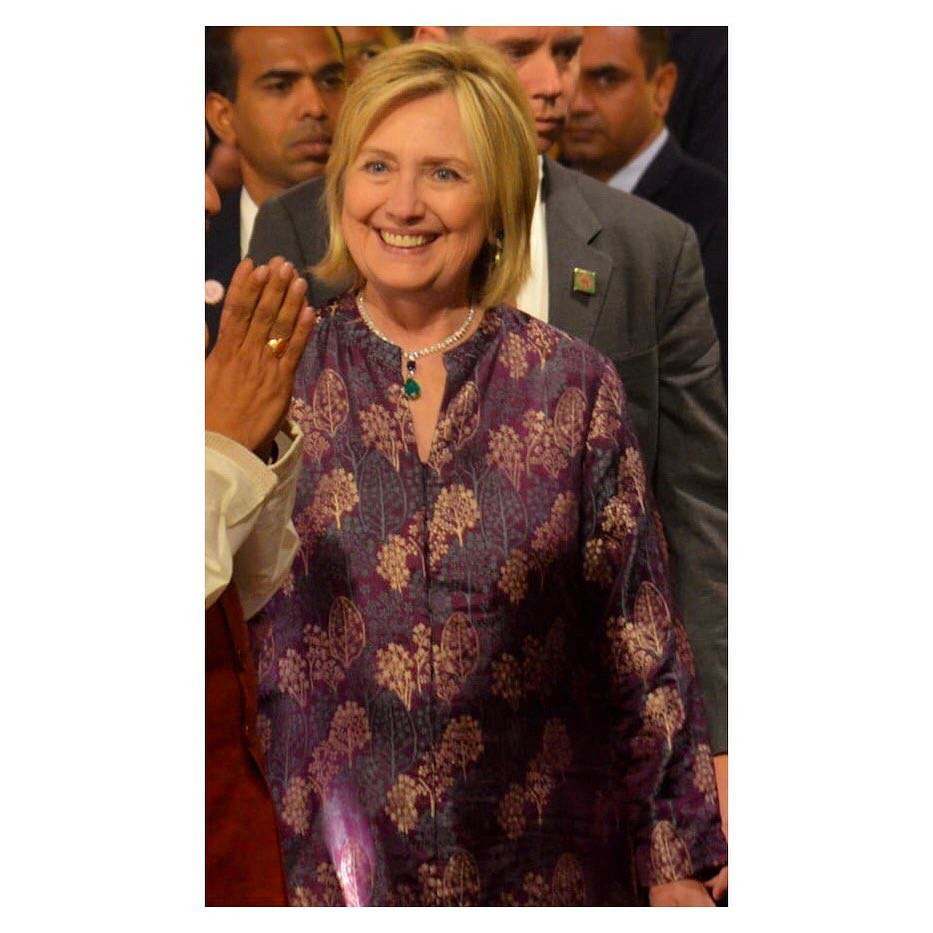