A still from The Shining
by Chandni Sehgal

Love ghost stories? Live out your own at these haunted hotels

Just tick off ‘believer / I come in peace’ when checking-in

Nine people huddled a little too closely, on a bed in a dimly lit room. All eyes trained on the person narrating the tale of the churel that wanted revenge. Until somebody said, “Wait, what if she’s listening to us right now?”

None of us needed Isabgol that night. We were exchanging ghost stories on a college trip to Mt Abu, in the dead of the night — an isolated motel in the hills and alcohol was enough to get our spirits rattled. Ghost stories, urban legends and haunted hotels are as common as yet another drastic bill being passed by our government, and just as unbelievable.

WelcomHotel The Savoy in Mussoorie, India is infamous — legend has it that in 1911, British spiritualist Frances Garnett-Orme was found dead inside her locked room at the beautiful property. Her ghost is still said to roam the halls.

While my mother swears the bathroom taps came on of their own accord during her stay as a school girl, the mystery remains unsolved. Much like the haunting of the Taj Mahal Palace in Mumbai. It’s alleged one of the architects, who was unhappy with the direction the building was facing, plunged to his death from the hotel and still haunts the premises. Talk about being overly attached to work.

Disclaimer: This list is not meant to discourage visits to these haunted hotels. We encourage thrill seekers and non-believers alike, to explore — just don’t let ‘them’ hear you talk about them

Haunted hotels worth testing your bravery in 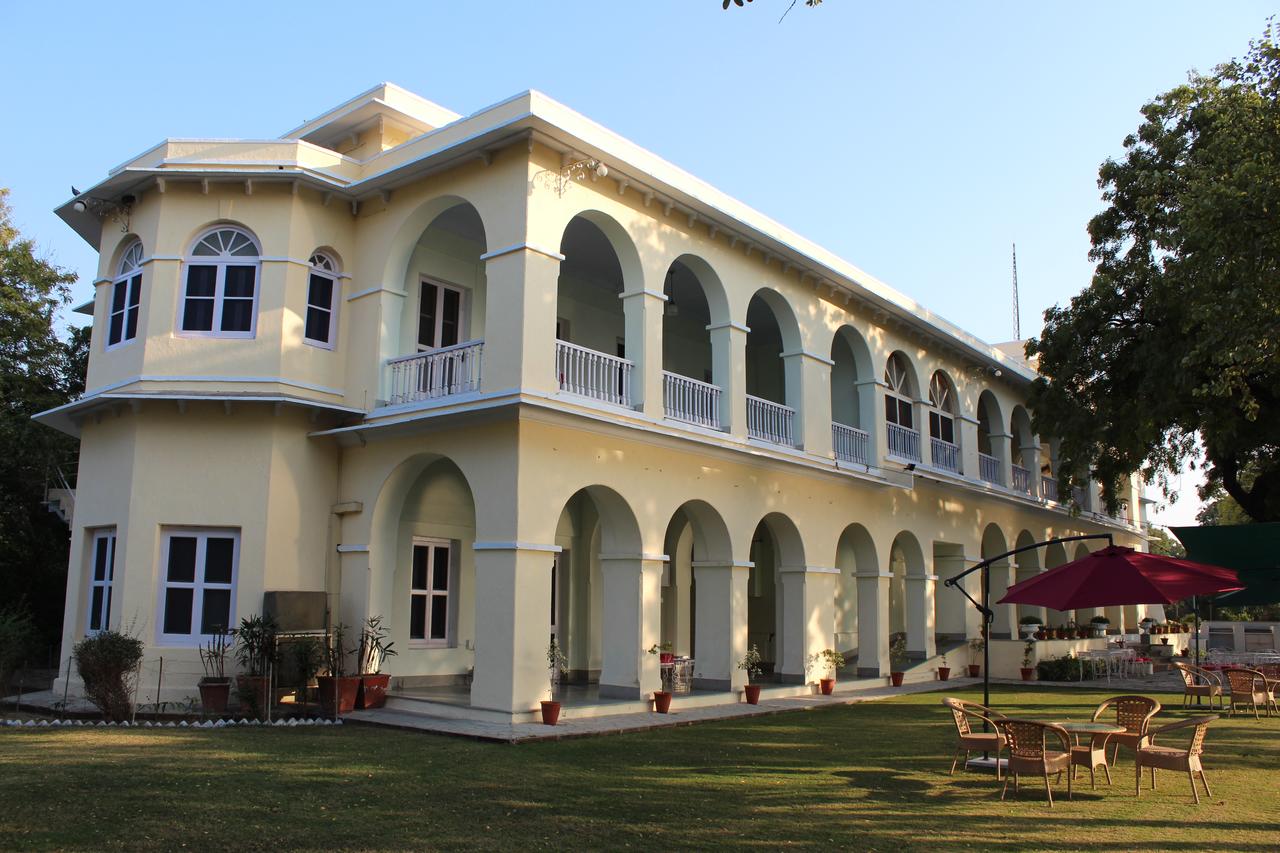 Brijraj Bhawan Palace Hotel, Kota, Rajasthan, India
Located on the banks of the Chambal river, the 189-year old property with its manicured lawns, antique-style rooms and vintage vibe is quite the idyllic getaway. It’s also likely the most secure location in Kota — considering a ghost of a British Major is rumoured to slap awake watchmen who fall asleep on duty.

Built as a residence for British officers back in 1830, and then a state guesthouse, Major Burton who was killed on the property in 1857 allegedly never left. And still takes his duties quite seriously. Perfect for a nice weekend getaway where you definitely won’t be disturbed by intruders. At least not of the human kind. 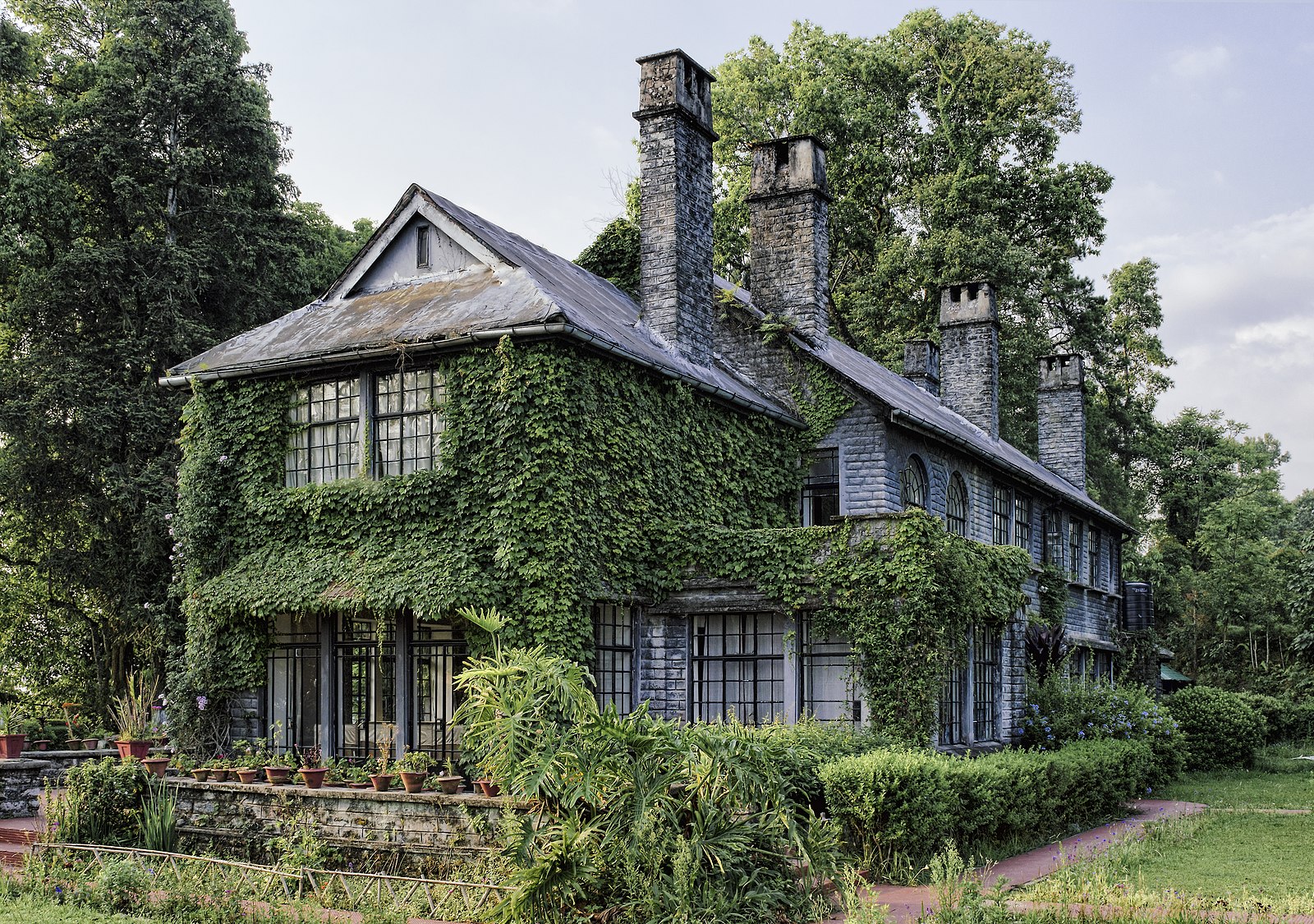 Morgan House Tourist Lodge, Kalimpong, India
If bhoot bangla is the first thing that comes to mind when you see photos of the West Bengal-tourism operated lodge, you wouldn’t be the only one. The space is only setting the stage for what’s to follow in the boutique hotel. The property was built to commemorate the marriage of a certain Mr and Mrs Morgan — the latter died early and her husband abandoned the home soon after.

If rumours are to be believed, her husband tortured her preceding her death — and she still roams the hallway. Presumably wondering what married men had against their wives. If the clear views of the Kangchenjunga mountain range and the quiet sounds of nature don’t keep you entertained….err… occupied, hearing disembodied noises of high heels clicking in corridors, likely will. 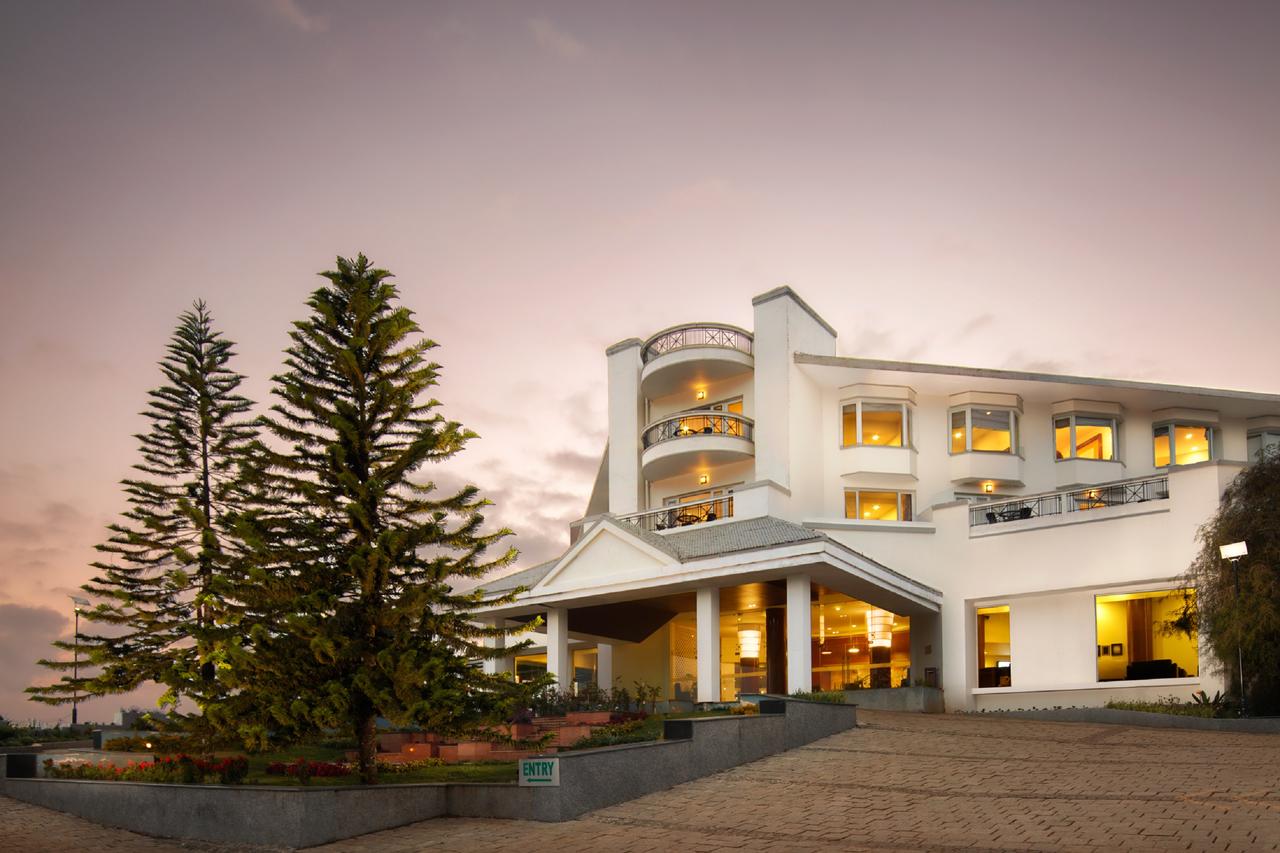 Sterling Ooty Fern Hill, Ooty, India
Spread across 7 acres of mountainous area, with every room offering endless views of the undulating Nilgiris — nights spent warming over bonfires, and languorous days spent trekking. You’re signing up for all this and more if you choose to check into the Fern Hill, in Ooty, built in 1844, exemplifying the best of British architecture.

The other blast from the past is the ghosts residing here — the film crew of Raaz claim to have heard furniture being moved around on the first floor, in the dead of the night. Only to find out that there was no first floor. Don’t know what’s stranger — furniture rearranging ghosts, or the lack of an entire floor. Poltergeist or truant architect? The mystery deepens. 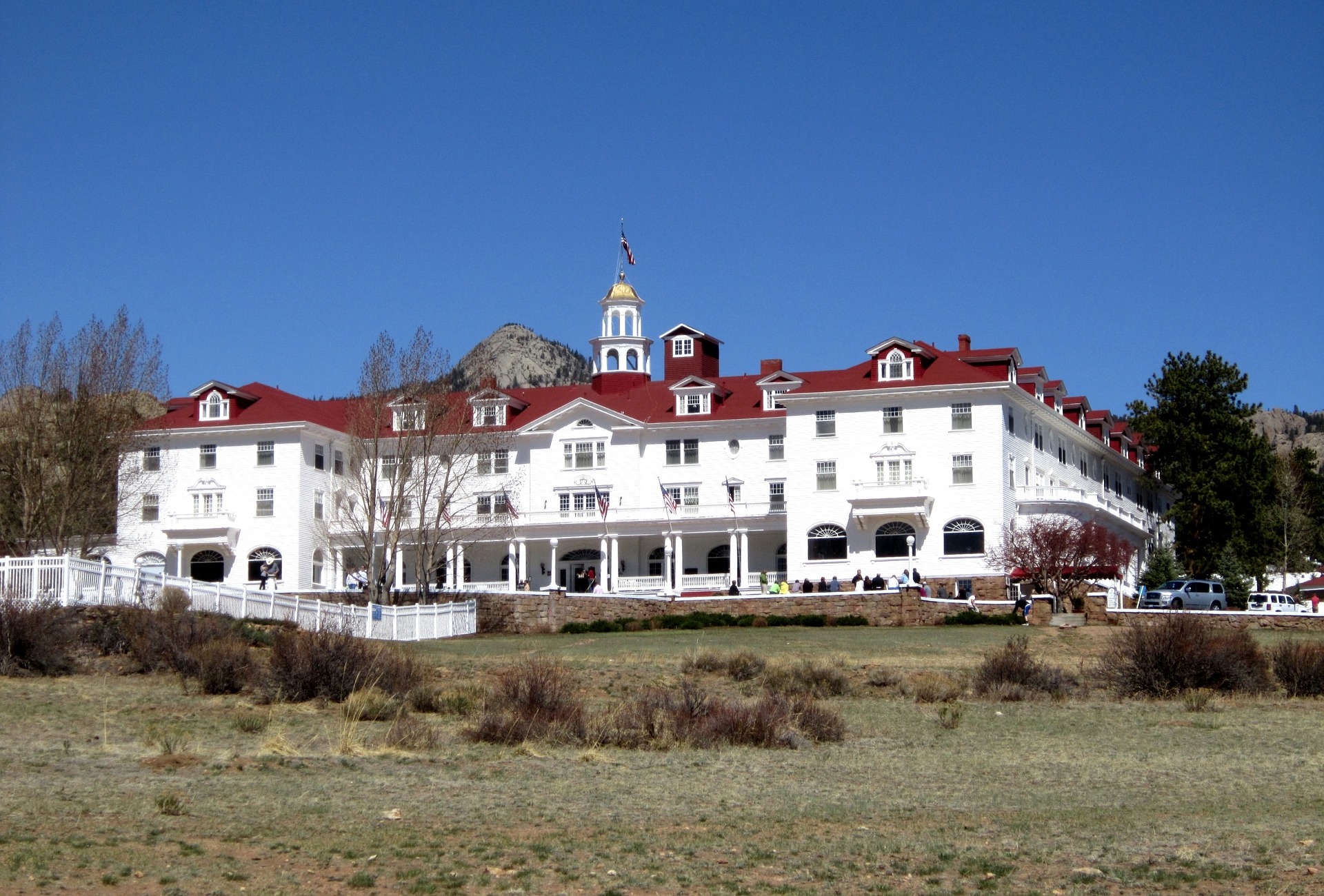 The Stanley Hotel, Colorado, USA
If a hotel can inspire Stephen King to write a horrifying book like The Shining, you’d best believe it will keep you up at night. Or its owner Freelan Oscar Stanley, who haunts the premises, will.

The heritage hotel was built by inventor F.O. Stanley, who moved to Colorado hoping that fresh air and sunlight would relieve his tuberculosis — it did. His love for the property was undying, and the staff has claimed they’ve spied both Stanley and his wife Flora floating around, the former near the check-in desk. If you’re a fan of billiards, you’ll get along — the billiards room is one of the apparition’s favourite haunts.

A conservative workaholic housekeeper is rumoured to haunt room 217 as well — unmarried couples have felt a cold breeze between them in bed on occasion. If this trio isn’t motivation enough, go for the historic rooms and Colorado’s glorious landscape. 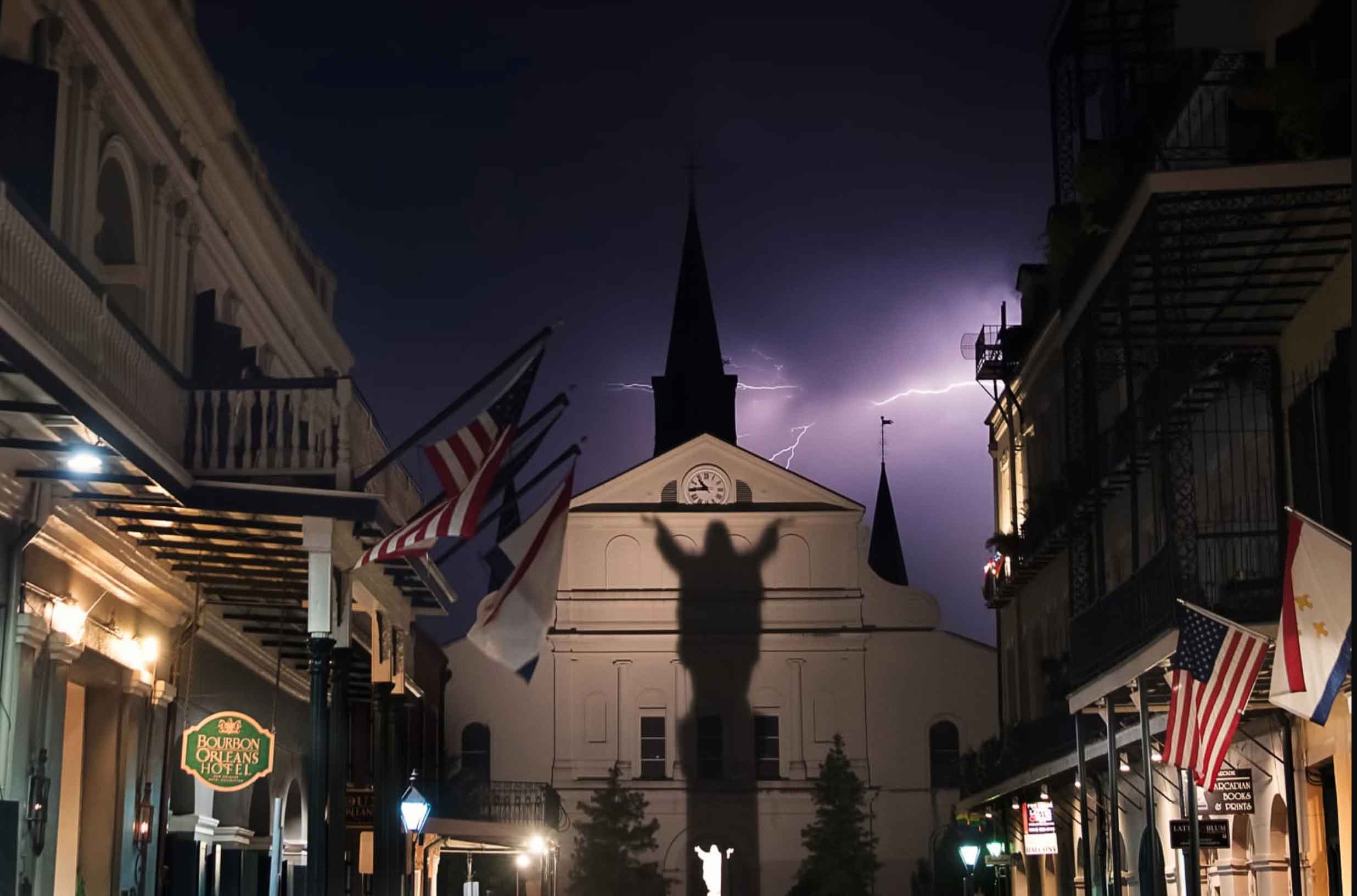 The hotel owns its haunted reputation — their website even illustrates the kinds of apparitions you might encounter. Dating back to the 1800s, and used as everything from a theatre to a convent, the property claims to be visited by the ghosts of a confederate soldier, children and nuns from the time the hotel was a convent and orphanage and saw a yellow fever epidemic and even a dancer, in the ballroom, naturally.

There are dozens of Youtube videos documenting personal experiences — especially of a little blonde girl roaming on the hotel’s 6th floor. If this triple threat doesn’t do it for you, go for the Ghosts & Spirits Walking Tour by Grayline Tours and its incredible location, in the heart of the famed French Quarter. 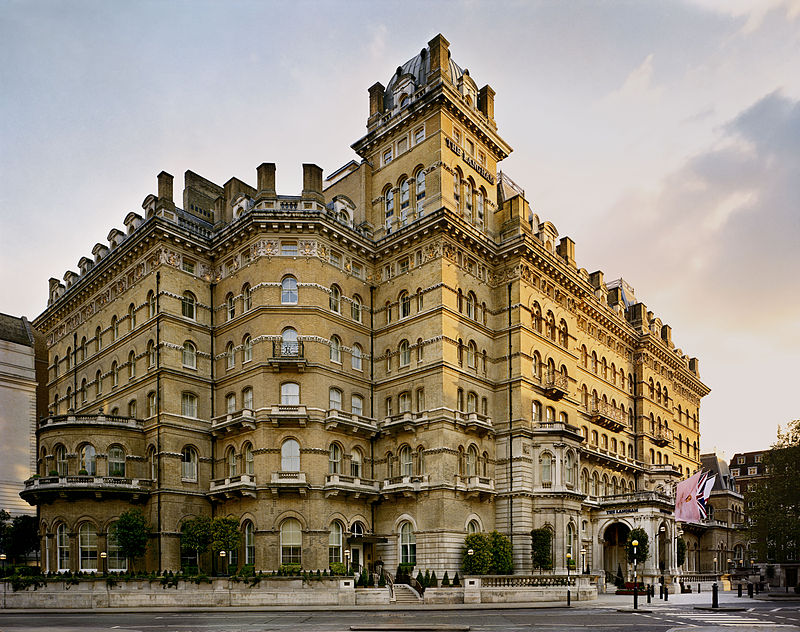 The Langham London, England
The roster of ghosts floating around here is longer than the number of drunk uncles at the average Indian wedding. Between the husband who killed his wife, and then himself on their honeymoon, and the German Prince who plunged to his death, you’d be forgiven for wondering if we’re talking about a hotel in England or Raaz 4.

Room 333 is meant to be the ‘most haunted’ of the 380 living spaces in the heritage property that dates back to 1865 — and if English ghosts are anything like English people, they’ll politely leave you alone. We think. Go for the fish and chips. Stay for the scaries. 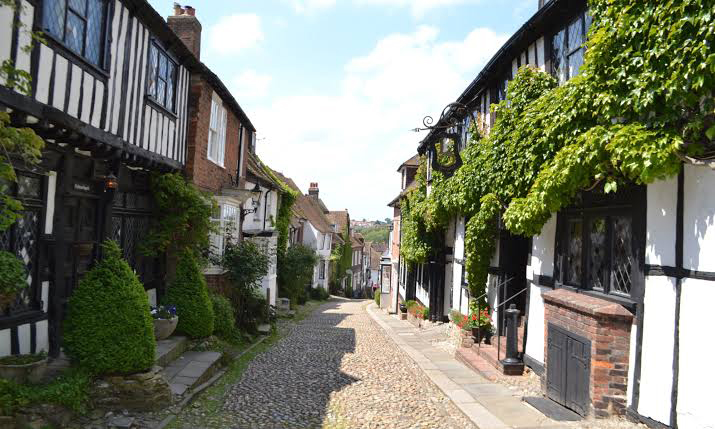 The Mermaid Inn, East Sussex, England
With cellars dating back to 1156, and a building rebuilt in 1420, the Inn is rich in history — and apparently, people from back then, too. The preferred watering hole and hideout of feared smugglers back in the 18th century, today the inn that sits in a street full of crooked cottages is home to 31 distinct character rooms and a plethora of ghost stories.

The owner Judith has held seances here, and alleges to have heard clashing swords in the room titled ‘Dr Syn’s Bedchamber.’ If the Queen Mother deemed it worthy, paranormal guests and all, you can too. Just steer clear of the tunnels under the inn that the smugglers used for ‘nefarious’ activities. Or get en garde. 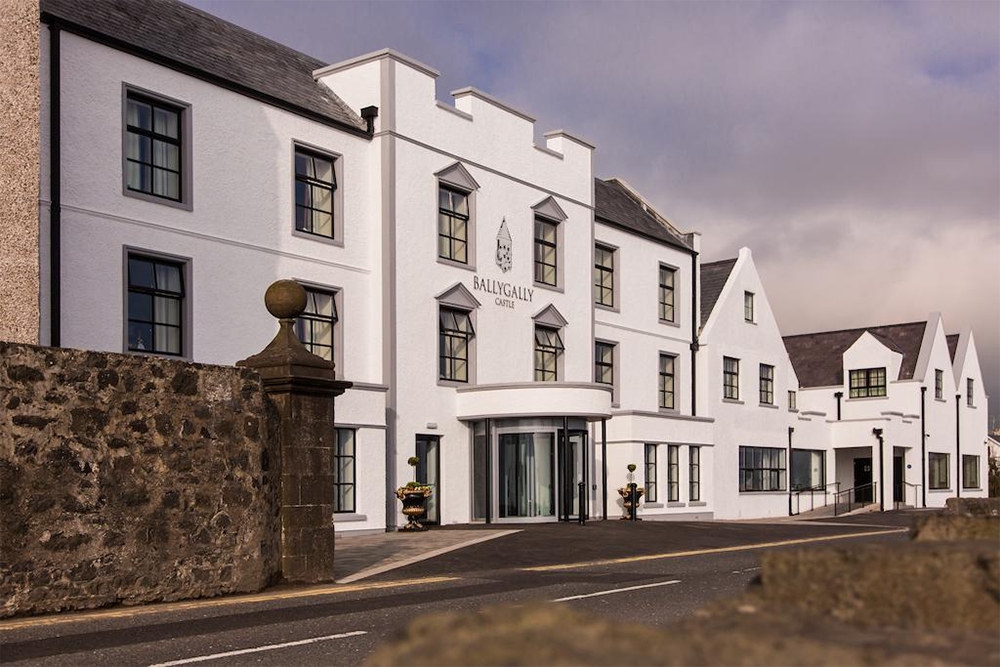 Ballygally Castle Hotel, Ballygally, Northern Ireland
It’s alleged the ‘haunted part’ of this beautiful 17th century castle and 54-room seaside hotel is closed off to guests, but you can visit their ‘Ghost Room’, if you’re brave enough. The management is proud of their permanent resident, and have dedicated the ‘Ghost Room’ to her. But her story isn’t half as endearing as this tribute.

Lord Shaw, the ruler of the castle locked up his wife Lady Isobella Shaw in a fit of rage and did ‘away with’ the baby girl she’d just birthed — and the anxious mother fell from the tower. Where the ‘friendly ghost’ still roams. We’re not entirely sure we would be brave enough to explore the haunted room. The recurrent theme of men traumatising their wives is scary enough.

Fairmont Banff Springs Hotel, Alberta, Canada
Disembodied shrieks in the middle of the nights, bloody fingerprints in the mirror that couldn’t be erased by even the most sincere housekeeping staff led to room 873 being bricked up.

Across its over-112 year history, the hotel has hosted illustrious guests like Hellen Keller and Marilyn Monroe — and some, that never left. Like the man that murdered his wife and daughter before committing suicide in afore mentioned room. Other than that though, the majestic views surrounded by Alberta’s magnificent mountains make this 4-star hotel a dream. Just leave your husband at home. 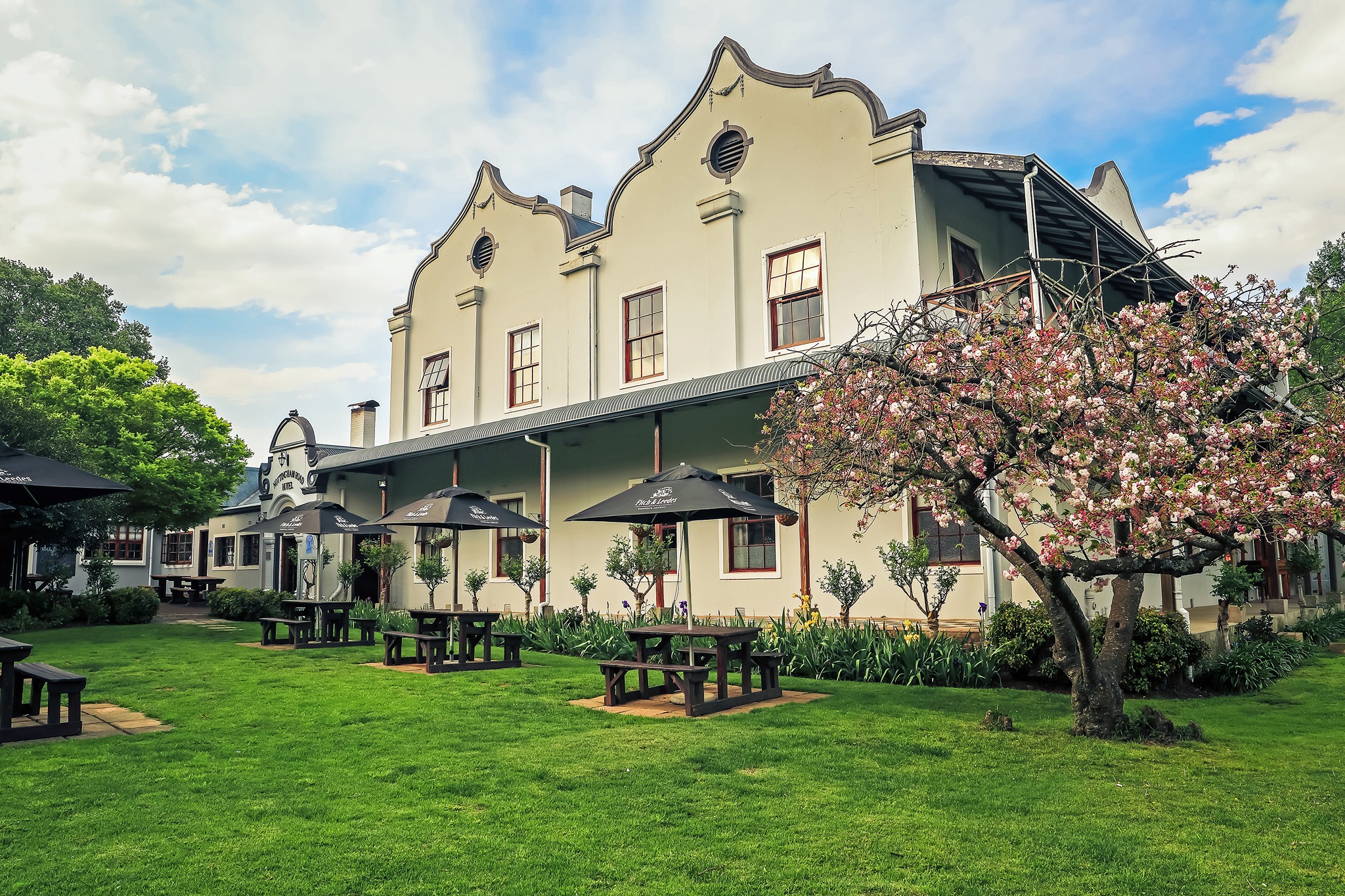 The Nottingham Road Hotel, Kwa-Zulu Natal, South Africa
Ah, the lady ghost strikes again. I guess women really do know how to hold a grudge (with good reason, if these stories are to be believed). A ‘house proud’ gentle ghost named Charlotte who allegedly plunged to her death, after being jilted floats around room 10, fixing flower arrangements, tidying bedding and the like. Just have to ask, would she mind coming home with us?

If a happy housekeeping ghost isn’t good enough, the historic 100-year old hotel with its 14 rooms and 10 suites, and quaint pub, set in a prettier-than-painting setting should be.