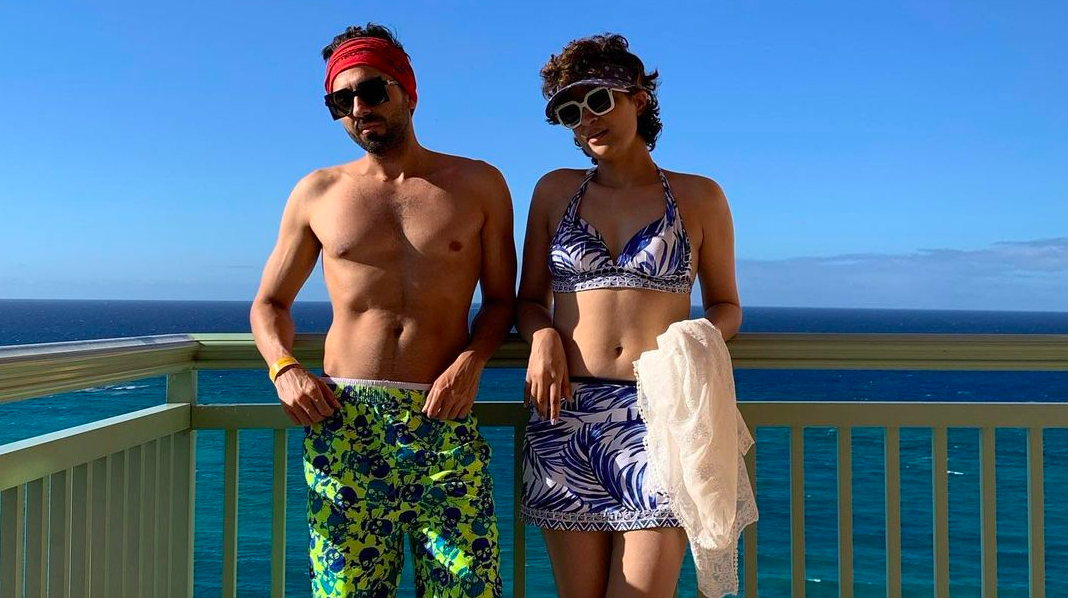 Tahira Kashyap Khurrana: You need patience and courage not to kill each other right after marriage

An excerpt from her debut book, The 12 Commandments Of Being A Woman

After our wedding, and that first near-disastrous stay with the in-laws, my boy and I headed to Mumbai. Our first marital home was a humble 1.5 BHK in the suburbs where my bachelor husband lived with his loyal man Friday Santosh. My dedicated husband had taken only five days off from work for the wedding. His contribution to the wedding was arriving in Chandigarh and at the venue, and before that locking up the Mumbai flat since Santosh had been given ten days off.

Two jobs. That’s all. One, to be present at his own wedding, and two, to lock up the house. How tough is that? He did manage the first, but the second?

Well… when I opened the door I was welcomed by more than a few dozen beings. Nope, I don’t mean neighbours or friends welcoming me with garlands and confetti. Instead, I had more than 50, perhaps 100, cockroaches moving towards me with their creepy antennas. The look in their eyes, or whatever they have, seemed to say, ‘Welcome to paradise.’

I looked at my newly married husband in horror. Is this how he lived in Mumbai? But he seemed equally shocked and was jumping and screaming like me. We waded through the pool of roaches trying to figure out what had happened. And that’s when I learnt exactly how efficient my husband was.

Wives learn such lessons much later into the marriage; for me it took less than a week. My boy had to lock up the house before leaving for the wedding. But what he didn’t know was that one doesn’t need to shut down the refrigerator loaded with food. The fridge was full of arsenal and the cockroaches were having a gala time, like teenagers when their parents are out of town.

So this is how I spent the first night in my new home with my brand-new husband. I went to bed with my back towards him, my mouth tightly closed and my index finger plugging my ear so that the tiny crawlies couldn’t explore my oesophagus or Eustachian tubes.

The next day, after getting the home cleaned, I found the crockery drawer had two plates, two spoons, two glasses and two bowls. What a cute welcome, I thought, just like Goldilocks, only to be proved wrong when Santosh returned and claimed the second set. So yeah… the romantic two spoons and two plates were for my husband and his loyal man Friday. This Goldilocks had to buy her own plate and cutlery.

I soon settled into Palm Springs, the building we lived in. I found the neighbours friendly and nice and the complex had a squash court. It was a cosy year, maybe too cosy. One day as I was heading to play squash, an aunty from the society came up to me and said, ‘Aww, kitni cute behen–bhai ki jodi hai tumhari.’

I was shocked and also heartbroken. It turns out she was convinced that we were siblings and had said so to everyone else in the building. Now don’t get me wrong here, we always have been excited about each other but, as mentioned earlier, we were never fans of public displays of affection.

We are around the same height. He is only half an inch taller which goes unnoticed if I wear a shoe with a thick sole, not even heels. We also wore spectacles that had very similar frames. I was a minus five and he was a minus three, the only upside being that two minuses make a plus. That was downright cheesy.

I am not exaggerating when I say we were both helpless without our spectacles. We would grope for our glasses first thing in the morning, one of the many characteristics we had in common. I can’t remember the number of times we have knocked off each other’s glasses during make-out sessions.

But being nearly blind did have its advantages. If we felt a hotel room or a place wasn’t very atmospheric, we just took our spectacles off Rajinikanth-style, and voila, we turned into Amitabh Bachchan and Rakhee swooning over each other in a foggy room à la ‘Kabhi kabhie mere dil mein’.

Finding each other without wearing spectacles was our biggest form of foreplay. Our hands fumbling about would land at the most inappropriately appropriate places. It was far more titillating. See, finally a plus to this minus situation.

Lenses were tiring, so at home and in the society we would wear our glasses. We both played squash and were equally good. But I am not sure how any of these things indicated we were siblings. I had no idea that’s how people saw us. Is that how comfortable we had become over the years?

What if they had spotted us on the rare occasion we romantically held hands? Had we introduced the holier-than-thou society aunties to incest before Jamie and Cersei from Game of Thrones?

Yuck! I had to address this issue, and the only way to do it was to go all out. Regular conversation would have been too boring for this masaledaar neighbour aunty, so I waited till Karva Chauth to strike.

I dragged my boy to the terrace where the rest of the ladies and their husbands were cursing the moon for their 200 gram weight loss. And there in front of everyone, under the full moon, my husband and I shared our first public kiss. It was like getting married all over again.

Aunty gasped and was about to do a Simran, only her SRK wasn’t looking at her and she couldn’t fake the fall. Meanwhile, all the other aunties’ eyes were fixed on her, questioning her sanity. Locked in my husband’s arms, I could hear people murmur, ‘Aww… kitni cute romantic jodi hai.’

Tahira Kashyap Khurrana’s The 12 Commandments Of Being A Woman is available at your local bookstore and online here.