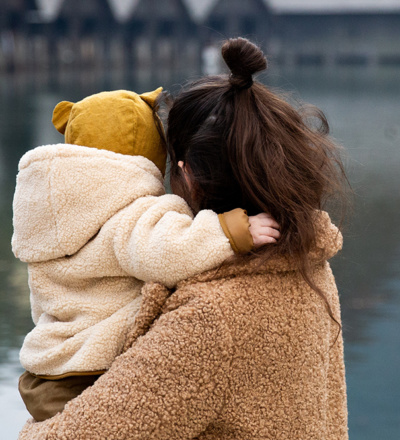 Nima Bhakta lost her battle with postpartum depression. But her family is honouring her legacy by helping other women

“It was something you guys wouldn’t understand because Indian society does not fully understand postpartum depression,” read the last note Nima Bhakta ever wrote.

Thirty one-year-old Nima lost her life by suicide due to postpartum depression last month. Her death has started a forest fire amidst the Indian diaspore, especially in the US, with young women taking to social media with the hashtag, #BreakTheStigma4Nima to highlight the unprecedented societal pressure on new moms to do everything perfectly.

Nima, an American-born Indian from San Diego, California was the youngest of three sisters, and grew up in a loving home with her parents and grandmother, who she called baa. The poha-loving hotelier went on to fall in love and marry — her life seemed picture perfect.

Nima loved children and was masi extraordinaire to her nieces and nephews – “We would always tell her that she was like a teacher because she always had so much patience with little kids. She helped raise both mine and my sister’s kids,” says her older sister, Priya.

When Nima found out she was pregnant, she and her husband were over the moon. They even made tiny lottery tickets to break the news to their families.

After that, Nima was in mummy-to-be mode – shopping for baby clothes, getting pregnancy photos clicked, asking her sisters a million questions.

“But after her son Keshav was born, she was a different person. Since the day she came back from the hospital, she was nothing like the Nima we knew and loved,” says Priya.

Nima no longer wanted to cook or eat good food, not even poha. The girl who paid such close attention to her outfits, was no longer interested in style. “All she cared about was Keshav. She was always organised, but when it came to Keshav she was almost always paranoid, scared that she wasn’t doing enough,” recalls Priya.

Those who new Nima closely knew that she was always very meticulous. She was always well put together, and her sister claims “her house was the cleanest house you’ll ever see, that’s just how she was”. But with Keshav, she went above and beyond.

If he would spit up, she’d change his entire outfit. She was by his side at all times, making sure she was doing everything perfectly.

From a third person’s perspective, Nima was a perfect mother, but in her own eyes she felt like she couldn’t do anything right. She felt like a failure.

“For a lot of people, the struggle is not having enough help. But Nima complained about having all the help and still not being a good mother. All of us disagreed, we thought she was a great mother. Her in-laws were very supportive, so were our parents, but it was societal pressure that got to her,” explains Priya.

‘I’m not lactating enough’, ‘Why do I need so much help?’, ‘Why do I feel so tired, why can’t I do more’? were statements Nima made that were clear indicators of how societal expectations – a mother being able to single-handedly manage everything without asking for help and just knowing what to do from the get-go – that are ingrained in us can play a part in aggravating a mother’s stress and anxiety.

Despite therapy, and medical intervention, not being able to fit the societal construct of being the “ideal mother,” who is supposed to do everything single-handedly without making any mistakes, ultimately drove Nima to the breaking point.

After Nima’s passing, her family is determined to bring about change with respect to the stigma that surrounds postpartum depression. “Just asking a new mother how she is doing instead of only talking about the baby might seem like a small thing, but for someone with postpartum depression, it can be life-changing,” says Priya.

Nima’s struggle is a wake-up call, especially when you consider that almost 22% of all mothers in India suffer from postpartum depression.

We spoke with clinical psychologist and therapist Ankita Gandhi and OBGYN Sandhya Apte to better understand postpartum depression, and how to be better allies in times of need.

What is postpartum depression?

Postpartum depression is a type of severe depression that develops anywhere from a few days or few weeks after childbirth and interferes with your day-to-day functioning.

Are there different kinds of postpartum depression?

Baby blues are completely normal, however, if the feeling persists for more than two or three weeks, then it’s best to seek professional help as it might be indicative of postpartum depression.

A more severe version of postpartum depression is postpartum psychosis, explains Apte. It is not very common and affects 0.89 to 2.6 out of every 1000 new mothers, globally. The symptoms include hallucinations, rapid mood swings, and dissociation from reality, and might require hospitalisation or in-patient treatment.

How is postpartum depression caused?

There is no specific cause for postpartum depression. However, here are certain factors that can affect a woman’s susceptibility to the condition.

What are some signs and symptoms of postpartum depression?

“The symptoms of postpartum depression are severe and long-lasting and interfere with your routine including your ability to take care of your baby. Symptoms may develop during pregnancy, but usually develop within the first few weeks after delivery,” explains Gandhi.

Excessive crying or severe mood swings can be indicative of postpartum depression, along with guilt, self-doubt, shame, social isolation, irregular sleeping and eating patterns, loss of energy, forgetfulness and restlessness.

New mothers suffering from postpartum depression can experience a loss of interest in activities they enjoyed previously, they might feel like they aren’t fit to care for their babies, they might encounter thoughts related to harming themselves or their baby, and might even have recurrent thoughts of death or suicide, explains Gandhi.

What does treatment for postpartum depression entail?

“Recognising that you’re suffering from postpartum depression is essential to getting the right help at the right time. Help is available and most people with depression feel better with medication, psychotherapy or both,” says Gandhi.

Therapy can help the new mom cope better with the challenges that arise with child birth, guide them towards making positive lifestyle changes, equip them with new adaptive coping skills to deal with negative thought patterns, and also help reduce anxiety.

Postpartum depression is curable. However, the course of the treatment depends on a lot of factors such as familial support, history of psychiatric illness, the mother’s personality, and the severity of the symptoms presented.

How can you be a better ally to someone suffering from postpartum depression?

New mothers usually find it difficult to understand and express their feelings. They also tend to withdraw from others and isolate, like these moms shared in our article about overcoming postpartum depression. Expressing a willingness to listen without judgement can help new mothers feel comfortable enough to open up about their feelings.

If you can see signs of postpartum depression in a new mother, encourage them to talk about what they are experiencing. Ask questions instead of assuming what they are feeling.

A common mistake allies make is unintentionally minimising the new mother’s suffering by only focusing on fixing the postpartum depression.

The most important part about being an ally is to not try and double as a therapist. “Understand what is expected from you as a friend or a family member and set realistic goals with respect to the support you offer,” explains Gandhi.

Explain to them with care and compassion that while you’re always there to support them, they will benefit by seeking help from a mental health professional.

“Depression saps energy and motivation, so even the act of making an appointment or going to a doctor can seem daunting to your loved one, particularly if the person doesn’t acknowledge the depression and feels life is not worth living. Help them to find support and seek expert advice,” adds Gandhi.

We’re inviting you to join Tweak Connect, our private community of like-minded women, where you can make friends and freely chat about the relationships that rule our lives — from partners and parents to work colleagues and BFFs. Join here