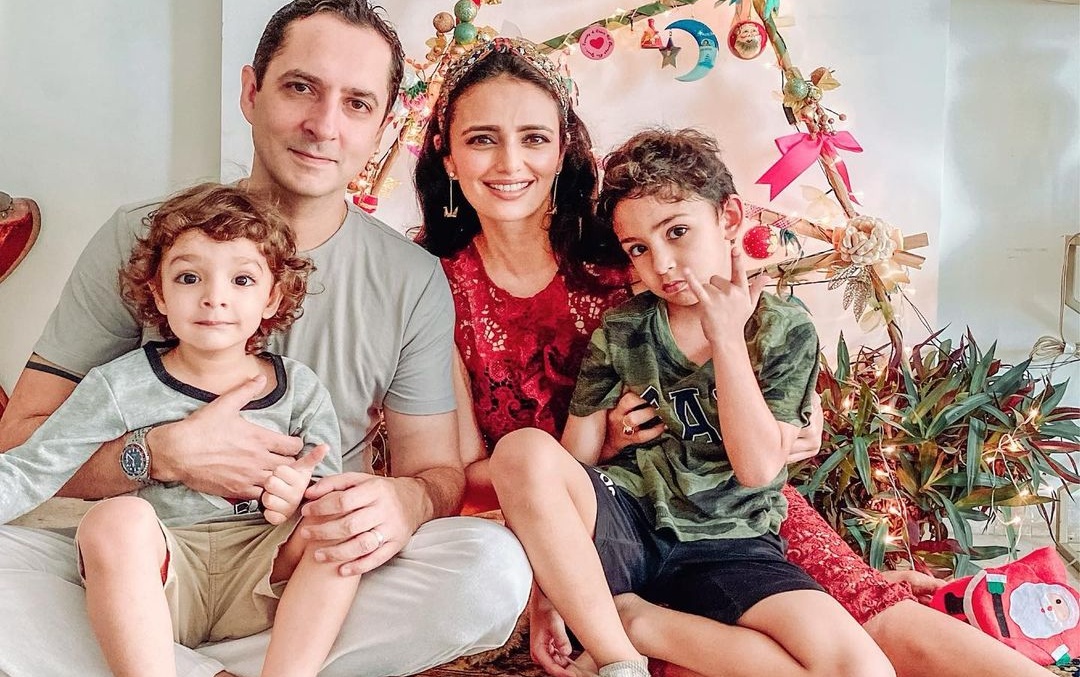 Is it my job to smile through crisis so I can make it better for my kids?

“As a mother, as an individual, I am currently going through the lowest point of the lockdown. Last year, I went into a baking and cleaning spree. But banana bread isn’t making me happy right now. We thought homeschools would last for a few months, but it’s been like this for over a year now. News is grim and terrifying.” You can probably identify with how actor-turned-social media entrepreneur Roshni Chopra is currently feeling.

Like most of us, Chopra, a mother of two young boys (eight and four) has been struggling, and in a departure from her usual carefree, light-hearted content, she recently posed a deeply philosophical question to her audience that resonated across social strata. “Is it the job of parents to smile through crisis so they can make it better for the kids?”

Despite the obvious privilege of being Roshni Chopra, she’s admittedly afflicted with the ‘blah’ emotion rechristened as ‘languishing’ by Adam Grant, an organisational psychologist in The New York Times.

As a public figure on social media, she has hit the pause button to maintain her sanity. “There’s so much anxiety-inducing news out there. I think many of us need breathers from time to time to process things clearly,” she says.

As a mother, she is constantly learning from her little ones to stay positive and in the present.

And as a woman, she is realising the importance of saying no. She says, “For me, something has changed internally and it’s a struggle to stay positive during such times. On most days, I just want to be. I am sure many will connect to my sentiment.”

Find the beauty in your life, or make it, says Roshni Chopra

“As a parent, we are designed to rise above every crisis, and shoulder responsibilities. First, we implement all the directives set by the school authorities, government as well as the paediatricians. But there’s another, more primal responsibility — protecting the innocence of the child and maintaining some semblance of childhood, so they feel carefree.

This thought prompted me to ask on Instagram, “Is it the job of parents to smile through crisis so they can make it better for the kids?” Many parents connected to it and shared their diverse views.

But the most honest answer came from observing our kids. Children live in the moment. We need to channel this power too. I told my elder son that his football class is cancelled and he understood. Much faster than his father or me.

But they also mirror our thoughts. If you are upset about something, they’ll echo those sentiments. So I categorically ensure that our anxious thoughts are kept away from them. Adults have a different processor in the brain. But our children’s tiny systems don’t deserve this information overload. The horrifying news that beds aren’t available, the scenes from the crematorium and so on, we must shelter them from this but give them enough information about the virus for them to be aware.

On that account, I am deeply inspired by the Italian film, Life is Beautiful, where a father uses humour to shield his young son from the grim realities of World War II. My husband and I took the up the challenge to create moments of wonder, beauty and joy, without escaping reality. We created lockdown rituals.

On Sunday, we host a family movie party — pull out the sofa bed, put comfy blankets, switch off the lights, watch a movie together, with popcorn. It’s a great bonding exercise.

We have a designated cuddle time before bed. The entire family joins in the End Of The Day meeting. The four of us discuss what was the best and worst moment of the day. It’s interesting to hear four different perspectives between the age of four and 44.

Deep breathing is a favourite with our young ones. When they get angry, scared or are in the middle of a fight, we ask them to take a few deep breaths.

I’ve personally been meditating a lot, introspecting and using the time to disconnect since the news outside is frightening and overwhelming me. I haven’t had any motivation to post online in the last few days. I don’t have anything to say that can reach out to people and really make a difference. Not at the moment, at least. And If I can’t find anything that comes from the heart, I don’t say it at all.

Times like these make you realise your privilege, but right now, nobody needs to feel guilty about their privilege. This is the time to not judge people for what they have and don’t. Give each other the benefit of the doubt. If you can help anybody in any way, help. If you can’t help, then at least don’t make it worse.

Yes, I still have help at home. They make life easier. But I can’t beat myself up for it. Instead, I can be grateful for my privilege.

This last year has also made me realise that women are programmed to be too hard on themselves. We try to prove to the world that we’re playing every role perfectly. But we deserve to take moments out for ourself. Tell everyone in the house not to bother you. Just say no.

Luckily, I run my household and my husband and I speak the same language — nobody is less equal. There have not been any restrictions on me, or any additional chore for me. So, our boys are growing up realising they have equal roles to play. They have the same position with respect to power and love. And I hope it’s carried forward too.

Yet as women, we must remember that we don’t have to be available to everyone at all time constantly. By default, women are givers, but we more often than not, forget to give time to ourselves. 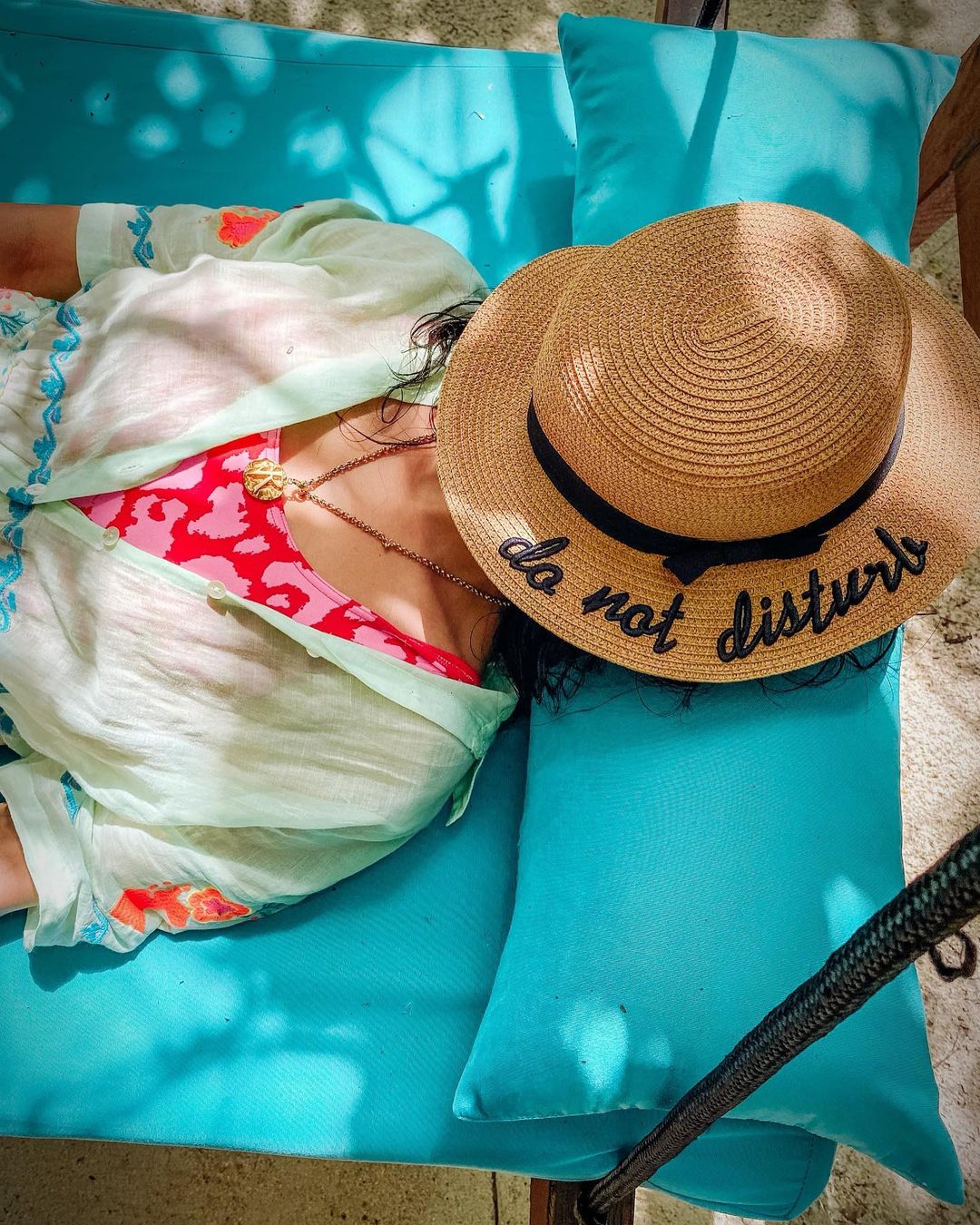 Take the time out for you. If you’re not feeling happy, you won’t be able to raise a happy family. Prioritise yourself.”