70,000 funerals and counting — Joe Vessaoker's jazz band is to die for

In 2008, music composer Amit Trivedi desperately needed a brass arrangement for a song in a low-budget indie flick made by one Anurag Kashyap. His informers pointed him in the direction of Mumbai trumpeter Joe Vessaoker, whose haunting daily recitals drowned out the cacophony of the nearby fish market. The musician’s fingers worked magic on the Vincent Bach trumpet; the composer finalised his accomplice.

A year later, ‘Emotional Atyachar’, Vessaoker’s collaboration with Trivedi in Dev-D, became the nation’s heartbreak anthem. “All this is fun. I have also played for RD Burman, Pyarelal and Bappi Lahiri, but only funerals pay my house bills,” says the self-taught trumpeter, also the second generation bandmaster of the city’s oldest funeral band, Joe And His Swinging Jazz Band. “It paid our bills even when I was growing up with nine siblings. We are Kolis, but music always came first.”

It isn’t blasphemous to say that Joe Vessaoker in his sharp suits and dark Ray-Bans is the most-wanted face at funerals. The priests and parishes vary, the playlist is subject to change too, but his funeral band marches on. The requests are not limited to Schubert’s ‘Ave Maria‘ or Barber’s ‘Adagio for Strings’. “One of my cousins wanted me to play Elvis’s ‘Jailhouse Rock’ at his funeral. Carly Simon’s ‘You Are My Sunshine’ and Sinatra’s songs are also requested often,” says Vessaoker. 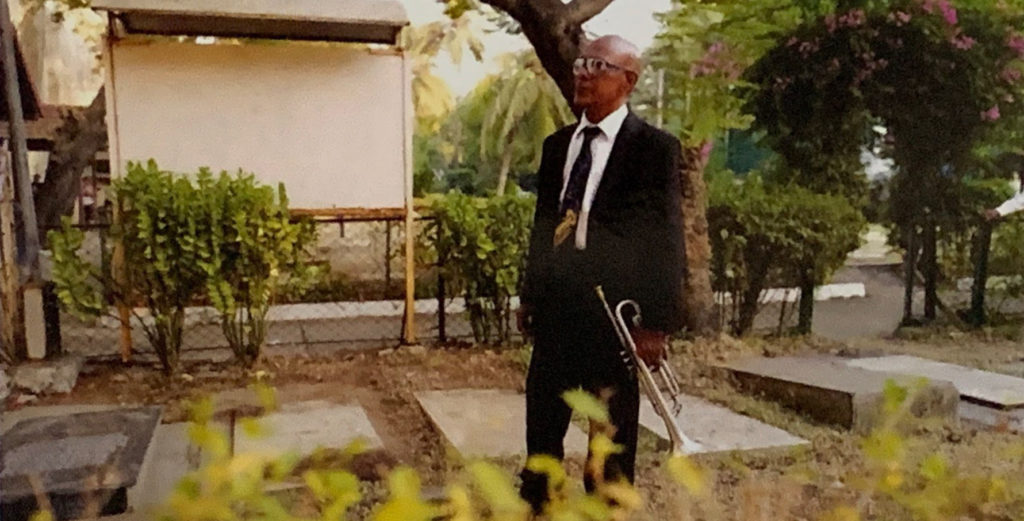 His suggestion box ranges between slapstick and macabre. When a 40-year-old man booked a funeral one month in advance, the trumpeter thought someone was fooling around. A month later, the stranger’s family called him up. “The man had committed suicide, and in his note, he mentioned that I would be playing at the funeral,” Vessaoker says.

The musician shares this mic drop anecdote in the same vein as he talks about his day’s haul at the fish market. When you’ve performed at over 70,000 funerals, death becomes just another item on your to-do list. His sangfroid is infectious; he dilutes your fear too. By the end, you’ll be sitting comfortably, discussing the playlist for your own curtain call. Like his childhood friends, who’ve started blocking his calendar for their ceremonies. Joe Vessaoker is less worried about his diminishing friend circle: “What if I die before them? Who will return the advance?” 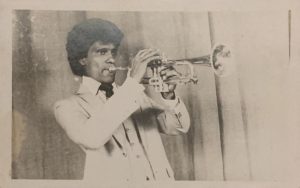 These are the same friends he ditched as a child on the St Stanislaus playground to perform with his father’s band — at weddings, birthdays, feasts and, of course, funerals. A few years later, he quit hockey and football too. He became a permanent face in the funeral band. Quitting studies, however, took longer than the regular Lok Sabha term. Vessaoker cleared his SSC in seven attempts. Fortunately for him, his family valued sheet music more than mark sheets.

Six decades later, Vessaoker is Bandra’s very own Miles Davis. Look him up on YouTube; his band is quite a sensation there. But he prefers his minimal life too much to bask in the limelight. Uncle Joe lives in the newly raised attic above his childhood home. His elder brother occupies the ground floor. He loves his prehistoric black-and-white cellphone. “I’d rather play the saxophone instead of playing on a smartphone,” he says.

These days, kids gather around and ask Vessaoker to play ‘Zingaat’; older couples want ‘Gulabi Aankhein’. The genie with a trumpet grants every wish. “The Marwaris would say, ‘Khota bajao, lekin zor se bajao’ (Play incorrectly, but play it loud). I follow the last bit. I practise for four hours every day. In case I miss it for any reason, my neighbours come enquiring if I am sick,” says Vessaoker.

As for his own swan song, Joe Vessaoker has grand ambitions. “I have been teaching for years now. My youngest student is 7 and the oldest is in his 50s. They better be practising because I want a full-blown jazz concert for my funeral.”