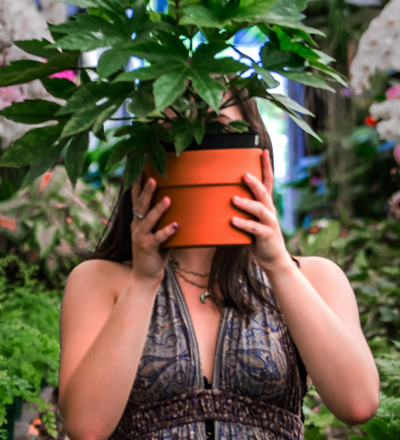 Trash talking: how this city germaphobe learnt to compost

Don’t let a little fungus get to you

When the Tweak India editor proposes the ridiculous sounding story ‘glitter-wearing germaphobe learns to compost,’ my face collapses faster than a chips packet after its contents (of precisely six chips) are eaten. I have Ramsay horror-level flashes: creepy maggots, mouldy soil and a noxious smell that might prompt my neighbours to call the police. Naturally I stall to try and stop this. I google countless pots, bins and containers, and chew the brains of everyone I know who’s composted. And of course, I avoid her messages and calls.

Until finally, I stumble across the perfect bin.

The Daily Dump, arguably India’s best home composting company, has introduced the Chomp, a plastic bin with holes for aeration that regulate moisture and airflow optimally, as well as a tap to leach out any waste water. I’ve done my post-doctoral thesis on the kind of bins available, from terracotta (fungus and icky white stuff grows on the pot – a big no) to multi-level bins (a juggling feat that could get me a spot in Rambo Circus). A single Chomp works best for tiny city verandahs.

Chomp arrives in a huge box, along with a metal stand that will keep it away from critters on the ground and rain, around three kgs of remix powder, a cocopeat-based composting accelerator, and a pair of gloves. It also comes with a paisley sticker sheet to beautify the Chomp, which my mother promptly uses to wrap a gift. Following the set-up instructions, I layer the bottom with the remix powder, and add a layer of peels from lunch: tomato, cabbage, potatoes and cucumbers. It was decided that this experiment would use only plant-based, uncooked and dry waste from the kitchen, but no tea leaves or food leftovers.

This is not vermiculture, with no earthworms on the scene. It’s aerobic composting, where organic matter decomposes using microorganisms that thrive on oxygen, all thankfully invisible to the eye.

A watched compost bin never composts. I’ve been tossing in peels, whole banana skins and squeezed limes, but nothing seems to be happening. The Daily Dump’s FAQs advises me to “make sure the pile is moist, not soggy.” I generously spray in water for two days, until a friend terrorizes me with an image from her composting bin: shiny rose chafers, the beetle equivalent of earthworms, have started a township in there. I promptly order a batch of neem pellets, adding two tablespoons in the beginning and then one tablespoon per week to keep the fruit flies and assorted nightmares away.

Here comes the fungus. I forget to aerate the bin for a few days, and now a soft silvery webbing is covering the coco peat and the waste. Panicking again, I dial a few numbers, and find out this is actually a good sign and then give the soil a good aeration. Cover the peels with remix powder if you’re leaving it unattended for days, unless you want to break up a fruit flies carnival at the end of it.

The soil looks like tea powder. Even the nubs of lemon and banana peels have shrivelled and are slowly disappearing into the soil. A little over a month after I began, the soil is darker, and apart from the translucent covering of the onion and a few odd bay leaves, I find no recognisable organic matter in the bin.

It’s a moment of quiet elation and there are very few I can share it with. To celebrate small victories in life, you need the right people. I promptly fix an appointment with the building maali. He adds the compost to all the pots in the balcony, suitably impressed.

In the past two months, I’ve learnt this from my composting journey:

1. You have no idea how much waste you generate in your kitchen until you start composting: I’d collect the peels and add them to the bin after each meal. The waste collects like a mountain, adding up to a kilo or so. The fact that usable organic waste is rotting in a garbage dump makes you feel guilty.

2. Composting is a modern-day miracle of nature: And you need the bugs, the flies, the larvae and the bacteria. It’s all good ol’ digestion. On average, composting takes a month to 45 days, but if your waste isn’t composting well, you can buy a culture of cellulolytic and lignolytic microbes here.

3. A little bit of help from your friends goes a long way: Apart from the good folks at Daily Dump who helped me analyse my compost through grainy photos, it is good to know a few composters who can keep you from panicking at the first sight of a bug.

4. Go small: I’ve been lazy and tossed a whole banana or long peels into the bin. But it’s better to chop up your waste into tiny bits for quicker results.

5. It’s a bug’s life: Composting can get gross. It can smell, you might battle with fruit flies, and there’ll always be some tiny bugs creeping around. But it shows us the primordial cycle — everything eventually goes back into the dirt to renew life again. What better way to be part of it than through composting? And yes, you can wear glitter and muck around in the bin too.

Neeti Mehra is a sustainability expert and the founder of beejliving, a journal on slow living in India.