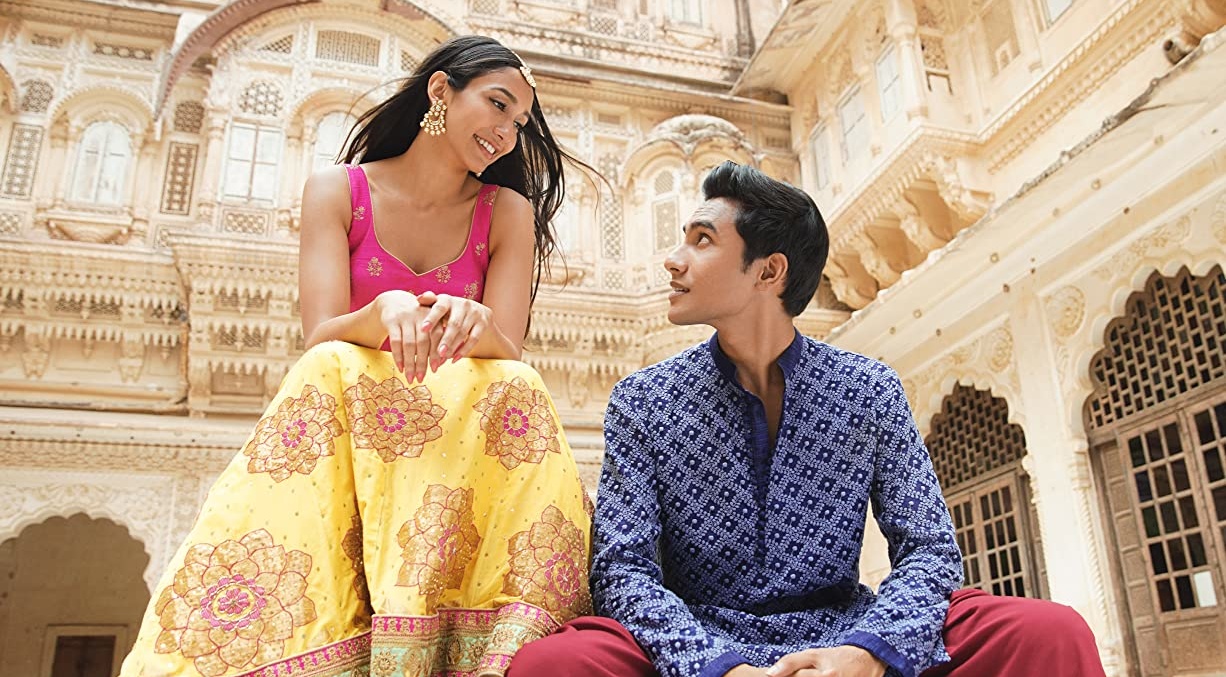 A still from Bandish Bandits
by Arundhati Chatterjee Discover

My neighbour Neha is caressing her electronic shruti box right now and cackling like Muttley. And the joke, unfortunately, is on me and my Billboard Hot 100-obsessed friends. Thank you Bandish Bandits for giving the Nehas of the world a fair rebuttal at long last.

Sure you know a Neha too. Neha was the child protégé of our colony. Whenever we visited her, after exchanging pleasantries, she would put us to sleep with her shrill Sitar recital. Her parents glowed with pride.

Eventually, she progressed to something called an electronic shruti box that emitted harmonium sounds as she performed to a roomful of uninterested, yawning visitors. But she was determined to be a musical star. It seemed blasphemous considering the only classical star my generation knew was Ustad Zakir Hussain – because, duh, Wah Taj!

The other classical name I knew of was Ustad Alla Rakha because we shared a common homeopathy doctor.

Nevertheless, last weekend, after a couple of my ‘musically inclined’ friends suggested I watch Bandish Bandits, I succumbed to peer pressure for two episodes. It wasn’t breaking the internet yet like Indian Matchmaking or Sacred Games, so I thought this was my chance to be a trendsetter.

There was a lot of singing of ragas and everybody harped on the importance of “anushasan”, “gharana” and “riyaaz”.

As the show amped up the tempo, and gave me Shankar Mahadevan’s ‘Sajan bin’ (it’s quite an earworm), I finished the episode and took a break to process the epiphany — I missed Mahadevan’s baritone in the clutter of Harrdy Sandhu, Baadshah and Garry Sandhu.

Though chartbusters, their songs all seem to sound the same, mean the same (the essence being we want girls, cars and a branded wardrobe) and are probably created on the same SSL console.

Bandish Bandits scratches beneath the soundscape of our generation and throws us deep into a world oft-ignored. And in more ways than one, it felt like a sound act of redemption, just like Coke Studio launched a revivalistic movement for classical music a few years back.

It changed the tempo of house parties: fairy lights with rum-and-coke and Rahat Fateh Ali Khan’s ‘Afreen Afreen’ on loop, with a few inebriated friends punctuating the stanzas with, “Kya baat, kya baat“. Whether we understood the ‘baat’ was a separate story altogether, but we were tripping in chorus, and on fusion music, discovering classical ragas and feeling high-cultured.

Over 10 episodes, Radhe and Tamanna find mutual appreciation for each other’s ideologies despite encountering a lot of noise and sound distortion. I knew exactly what Tamanna meant when she said, “10 seconds, that’s what we have to catch the attention of the millennials.”

Radhe’s penance-like rigorous training of the voice box which makes him sound like “he was born with an auto-tune in his throat” makes you feel for the struggle of classical musicians. The efforts that often go wasted because of the narrative: classical music is boring.

While Bandish Bandits stayed true to the methods of classical training and strict discipline observed by the protégés, it’s packaged in a more palatable fashion.

My parents, who dreamt of watching me play the harmonium and sing Raga Malhar (my lack of vocal stylings assured any note would sound like Raga Massacre though), turned Bandish Bandits into a family time activity, and tried to argue for the 345th time.

“This Radhe-Tamanna combination is futile. John Lennon will never be as great as Manna De,” my father announced. “Could De sing like Lennon though?” I retort.

Although the show couldn’t put an end to this ongoing Chatterjee household debate, we did find common ground to accept the genres and stop making noise just because we could.

I, however, am now planning to return to my Coke Studio playlist and perhaps, ask neighbourhood Neha (she now has the shruti box app downloaded on her iPhone) for recommendations to find some earworms à la Panditji’s.