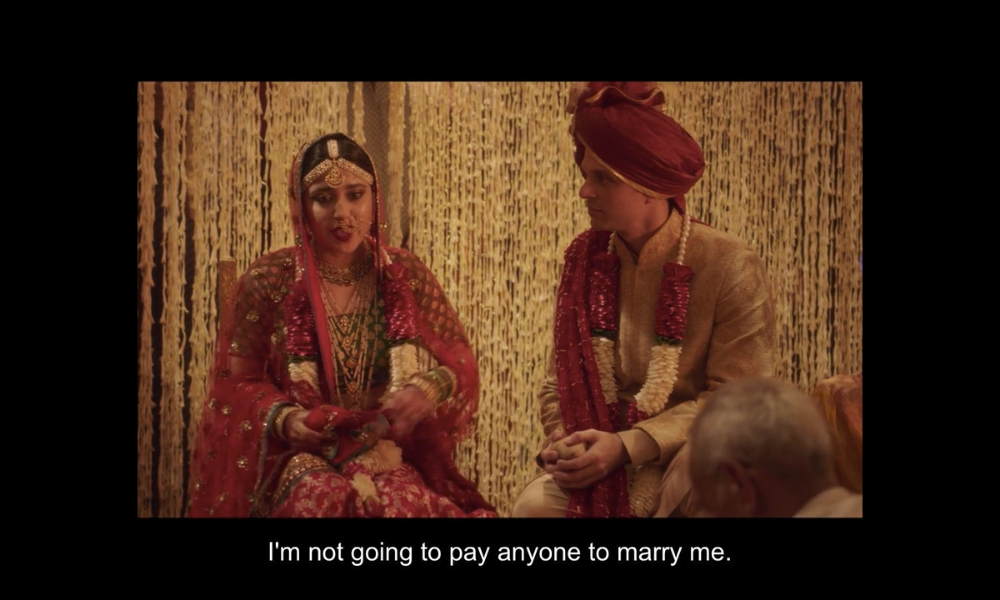 A still from Made in Heaven
by Tweak Editors Discover

“We didn't meet their financial expectations, so they called off the wedding, and cut off all contact”

One woman’s emotional experience of the changing face of dowry

Dumbed down, Darwin’s theory of evolution is that basic organisms change over time to adapt. By that logic, some of Indian society’s tentpoles have survived, and even thrived in a rapidly changing world. Shaadi.com has replaced the neighbourhood rishta aunty and sangeets have migrated to Zoom. And dowry, prohibited under specific Indian laws including the Dowry Prohibition Act 1961, has fought the paradigms of logic, equality, fairness, and common sense to survive.

An article in the Indian Express states that according to the National Crime Records Bureau (NCRB) 2019 data for IPC cases, a woman becomes a victim of dowry death roughly every one hour.

In metropolitan India, dowry is normalised as gifts for the bride, veiled in offhand comments like “It’s tradition for the girl’s family to pay for the wedding”, “All the jewellery from your parents is for you only”.

So subtly presented, that you begin to question if you’re reading too much into it. Until you hear someone relate their journey, which reconfirms your niggling doubts.

The words maybe different, but the complete loss of control, emotional upheaval and unravelling of a family’s world is exactly the same. *Vishakha, a 26-year-old doctor whose wedding was cancelled when her family failed to meet expectations, shares her story.

The changing faces of dowry

“I’m from Dubai, but I’ve been in Hyderabad since March 2020. I met my ex on a dating app that month. Since it was my first time on an app, I was extra cautious and did background research via common friends. He seemed to be a nice guy, so eventually, we started dating.

Things were going well between us. We had a lot in common, both loved travelling and reading. His sweet gestures of ordering food for me, honesty about past relationships and meeting me during lockdown were very encouraging. The only little blip was when he revealed he didn’t actually like reading and had never left the country to travel —  he’d been trying to impress me with these white lies.

It was strange, but people do these things sometimes to make a connection. His demeanour and support were positive and consistent, so I was okay. Until I was ambushed.

His parents lived in Hyderabad too, and he described them as orthodox and a bit narrow-minded, so I didn’t want him to share our relationship with them until we were both ready. Five months in, he claimed they’d checked his phone and seen my messages. My first thought was, ‘Who actually does that to a 27-year-old?’.

In August, his family called me over for his sister’s birthday party. I was wary about going to his home and wanted to do a formal meeting with my parents around, on my terms. But since it was a ‘party’, I went along.

It was just the four of them, my sister and I. Then his mother arrives with kumkum, presents with me a dress and gold earrings. I was flabbergasted, I had no idea what was happening. She even gave my sister a dress and when I asked her, ‘Aunty, what are you doing?”, she responded saying, “Call me ‘Atta’, and call uncle, ‘Vamyad’.

I was shocked. I told my ex, “My mom’s not even here, what’s happening? How do you decide these things without us discussing it?” I was losing agency over my decisions. But he was being loving and supportive, so I put my reservations aside.

My parents were upset, but things eventually simmered down when they came to India to meet his family. They were all very nice to us, but a few comments were passed which, in retrospect, I feel were warning signs.

They have a huge four-storey house, and they kept hinting at how expensive the marble was. How many politician friends they had. This wealth talk came in waves. They mentioned that they got a match before, with a Rs 100 crore dowry for my ex. I joked with him, saying he should do it, and give me half the money. Because, who takes these claims seriously? It’s absurd.

His mum even said I had to cover myself up at home, but could “change in the car” because uncle was very conservative. I did start thinking, ‘Do I really want to be in this family’, but things between us were still good and he assured me we would move out eventually. He’d talk about how tired he was of his parents and I felt like I was rescuing him.

Trouble began in December, when they insisted we get married in May. I was not ready, but I loved the guy, and he was always supportive, and on my side, so I relented.

We were told the girl’s side had to pay for the engagement, mehendi, wedding, and they’d host the reception. We wanted to book a hall, but they insisted we book the a 5-star hotel because they had politicians attending and needed security. The demands came subtly. “If you’re getting married, you’re supposed to give money to the sister – we didn’t even ask for dowry”. “You’re the girl, you’re supposed to tone down. Ask us, and request us”… Sometimes I’d think I was overthinking things, just trying to find faults.

I thought it happens to every couple before they get married and that’ll be okay when it’s just the two of us. They mentioned that if we ever needed financial help, they’d be there, but the major red flag was when we booked a photographer for Rs 3 lakh and I asked them to chip in with Rs 1 lakh. They refused. That’s when I started connecting the dots.

Fifty days prior to the wedding, they messaged my mum saying ‘there is no reception, there will be a pooja and you can invite your friends’. I was beyond agitated. We had spent so much money, taking loans, trying to keep up with their demands that this hit like a tonne of bricks.

His parents explained that we had too many events during Covid times, so better not to. He argued with them and things got ugly, with them accusing me of brainwashing him. Keeping Covid in mind, we suggested postponing the event. His father was livid, saying, “Vishakha questions our son a lot, says that he has no independence. My son earns, your child doesn’t.'” This really hit my mum.

My parents wanted to chat with them, but when they found out we’d put the hotel on hold, they just cancelled the wedding and cut off all contact with us.

It took a toll on my parents. Most extended family members questioned us, saying “Arre, he’s a doctor, they have a huge house, money, why are you doing this? They’re not asking for dowry, the girl’s side should be spending for everything.”

It’s been two weeks and I haven’t heard from him, neither have his friends. He hasn’t shown up to work in a month. I heard from his friends that his family said we never gave them any branded gifts or jewellery, that we’re not spending enough… They could get a better match. I was devastated.

I’ve always been against dowry, but I always assumed it would be like in the movies. In reality, it’s subtle. I’ve learned to pay attention to my gut feelings, not shove it aside assuming love will conquer all. When I retell this story, I feel stupid, wondering how did I give up so much control so quickly? I’m sharing my story so it’s clearer to women who feel confused, conflicted and are often manipulated into these situations.

It took me a lot of courage to stand up and move on. If only he had done the same. I didn’t have time to grieve, I had to run around cancelling vendors, and focus on what needed to be done. I’m distraught, but glad to be out of it. I feel like I’m waiting for someone to pop out and say it was all a prank. It still doesn’t seem real.”