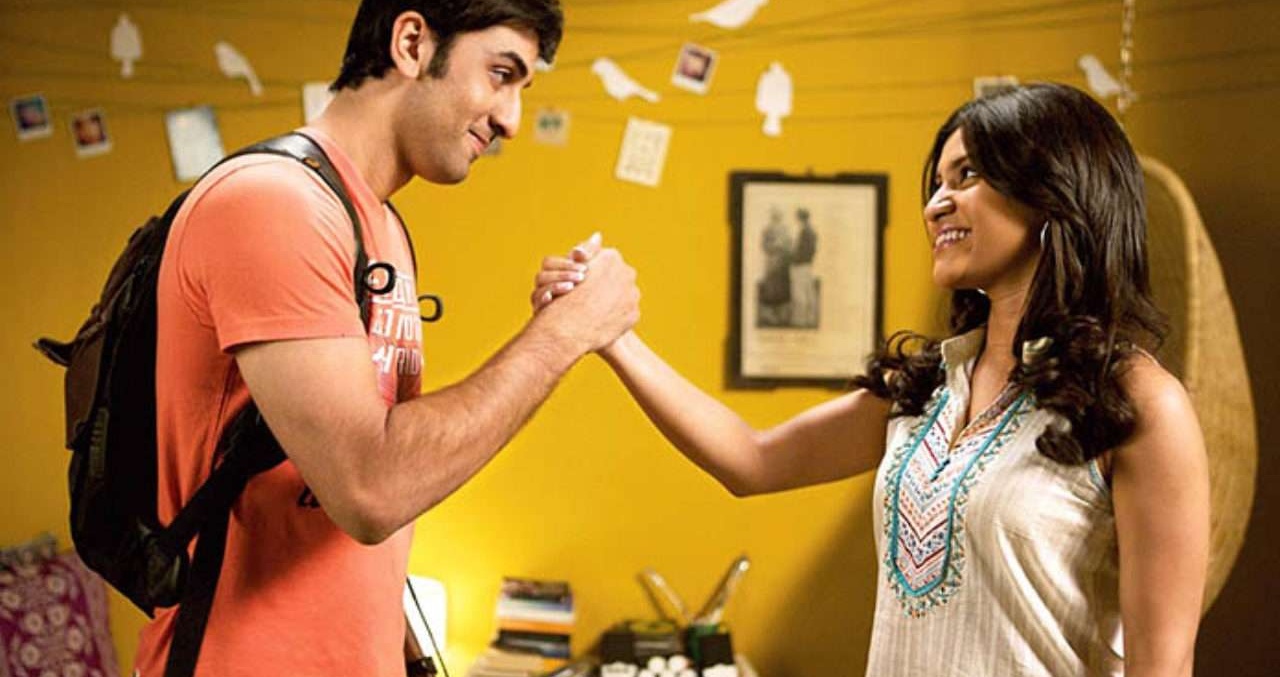 Representative image: A still from 'Wake Up Sid'
by Rishika Singh Discover

#FromTheCommentsSection: Our new column of the best advice from fellow truth seekers in the internet’s comments sections

Every middle-class Indian household has that drawer. Home to a band of misfits — food menus, random cables, rusty keys that open no locks and the odd packet of ketchup that’s escaped the dabba it’s supposed to share with oregano and chill flakes. But not our house. Even our junk drawer had its own system helmed by my meticulously organised parents. If I had to place them on the OCD-that-went-undiagnosed scale, they’d be at par with the highly-strung Bree Van de Kamp of Desperate Housewives, infamous for her neurotic affection for cleanliness. For two people so methodical, it never fails to amuse… ok, irritate me that they birthed my chronically disorganised brother. Especially considering I, too, am a member of this cleanliness-loving collective. The neatness gene completely eluded him, leaving us with a tornado who only knows how to leave destruction in his wake. In a bid to get my brother to clean up after himself, I had to get to the root of why he had sided with the tribe of messy people in the first place.

According to psychiatrist Marcia Sirota, messy people can be divided into two categories: those who are unorganised and those who are suffering from a mental disorder. The first kind is frequently overwhelmed by “things” and, unaware of how to solve the problem, allowing the mess to grow. They merely require assistance to break it down into manageable segments. The second sort of messy person is likely to be unhappy and helpless, possibly exhibiting ADHD, unable to deal with the stress of attempting to be organised. They may be a “chronic non-cleaner.”

“Chronic non-cleaners are living in an unpleasant, smelly and unhealthy environment, but don’t seem overly upset by this, which is in itself a sign of a serious problem,” Sirota explains.

In most cases, messiness is a quirk that can be effectively managed. So, to maintain harmony in your household, you must understand each other’s perspectives, according to Julie Morgenstern, an organisational consultant for Fortune 500 companies. “Focus on the person and not his or her stuff,” she says.

As much as I would like to flip a switch and have my brother emerge from his detritus-loving cocoon as a butterfly of cleanliness, it doesn’t work like that. Everyone responds differently, and some people who are constitutionally messy simply do not “see” the clutter. Not in the manner in which neat people do.

So, here are the best hacks and tips from fellow neat freaks and the internet’s comments sections that could help you slowly transform the messy people in your life.

9 hacks to get messy people to start tidying up

Do household chores together as a group activity

When Tweak India editor Rochelle Pinto and her partner first moved in together, the division of domestic chores was a contentious subject. Rather than ordering each other around like drillmasters, resulting in fights over who forgot to tick their daily tasks off the list, the couple finds that tag-teaming on boring but unavoidable activities, like folding clothes or clearing up a room, reaps better results.

“Nobody wants to be bossed around, and you have to be accommodating to each other’s preferences and schedules,” she says. “‘Let me know when you’re free, we can do the laundry’ always invites more cooperation than ‘It’s your turn to do the laundry. We also get the job done quicker.”

I know it’s tempting to nag but that can be mentally exhausting and lead to more tension. Cleaning up together could also give you some time to bond with your messy person, be they your partner, child or sibling.

If you have an especially messy person at hand, doing tasks together is not always enough. Especially when they’re your sibling, who would rather bond with the filth than with you. Another way to encourage them to tidy up would be to designate a time to clean. A cut above that would be if this cleaning exercise is done at the same time every day, because that would also help them prepare their minds for it. A good Samaritan on this thread revealed how committing 15 minutes to doing tasks together with her partner helped her clean up.

“My partner is super messy and we’ve tried so hard to find a system that works and we’ve finally done it. We commit to 15 minutes after dinner to clean up together. We set a timer, and try to see how much we can get done in that amount of time. The only rules are you have to work the entire time and we aren’t allowed to tell each other what to focus on. It’s worked great. We still have to do additional chores occasionally but it’s really taken the edge off.”

You can use the app Time Timer for a clear visual of ticking time or, if you wish to gamify the task at hand, go with the app Habitica that turns real-life scenarios into a game.

Use the “when and then” method

Does your child often leave a carpet of toys in their wake? If you’re tired of playing hopscotch through a tsunami of LEGO bricks every time you have to go to the loo, take the advice of this Tweak reader who generously volunteered how she gets her son to clean up after himself by creating a causal effect in his mind.

“Use the “when & then” method. Tell your kids they can have dinner when they tidy up their wardrobe. Say this with a firm voice without getting upset. My son now starts the task as soon as he hears this voice. He knows there is no other way around.”

Make it easier for them

The biggest problem with messy people is that they just leave stuff everywhere, so why not make it easy for them? If you have someone in your house who cannot, for the life of them, keep their shoes inside the rack but drops them off near it, or your significant other always leaves his clothes at the end of your bed rather than inside the laundry basket, why not just move the shoe rack to where they generally leave their shoes and the laundry basket to the end of your bed?

Jessica, a family organising expert and a digital creator, suggests you’re setting yourself up for success by doing this. You’re not just saving yourself the time you’d have probably wasted later to put these things in place but you’re also showing the messy people in your life that you care and you’re trying to make it easier, which can motivate them to do their best.

This is a personal weapon I have often wielded in my war against my brother’s mess, considering he has become totally immune to it, wrappers, literal dirt and all. If I want something cleaned ASAP, I incentivise him. Okay fine, yes, I have resorted to bribing — but only with food. I know some of you might not be convinced but think of it this way: do you go to the gym every day because it “makes you healthy” or to flaunt that perfect revenge bod like you are God’s gift to mankind?

Tweak features editor, Sara Hussain, has another incredibly effective trick up her sleeve. In her house, the person who cleans first gets to pick what they watch after dinner. Sounds innocent enough, right? But because her boyfriend would never clean and she’d always win, she decided to up the ante. “I started picking shows I know he hates watching like Jane the Virgin or Dexter.” That was the negative reward he needed to start picking up after himself. You bet I’m trying this next with my brother, too.

If your messy person insists they didn’t know where something belonged, this is a hack that will help you vanquish this excuse. Labelling eliminates the need for guesswork when it comes to “everything in its place.” Labels that are clearly marked will aid them in finding what they’re looking for and direct them to where they can return the items when they’re finished.

Labelling is based on two principles: Make sure you’re being clear and consistent. Each site’s labels should properly and succinctly convey what’s within. If you find yourself attempting to cram too much information onto a single label, it’s likely that you’re trying to stuff too many disparate elements into one space. Try separating the contents of that bin or basket into two or three other containers instead.

Lifestyle Youtuber Brittany Vasseur recommends putting these labels even in your bathroom if someone in your house always forgets to put the toilet seat down.

Show them the consequences of their actions

I especially loved this comment left on Vassuer’s video by a mom, who adopted this trick to help her children learn the consequences of their actions.

“When my husband’s three boys became teens, they would never do their dishes or their own laundry. They would blame each other when something was dirty so I decided to colour coordinate items. I bought two bowls, two plates, two cups, a matching cutlery set and two towels in their favourite colour. I also bought three dish pans. If they left their dirty dishes or towels lying around, I would stack the dishes in a dish pan and put them on their beds. Same with the towels. This worked. They were great kids but being a stepmom is difficult and they had to learn that I was not their maid service.”

After all, revenge is best served on a dish pan on your kids’ beds *evil laugh*.

Vasseur suggests throwing the messy people in your life the proverbial bone by creating their own designated messy bin. It’s like giving them their own junk drawer to be as messy as they can be, but only in that space. She adds that you have to be extremely strategic about where you place this bin. Yes, I know we’re not NASA scientists planning a rocket launch but hear her out. “Place it near where the mess occurs and they’re going to be more likely to use it.”

If you live with roommates, the general rule is that you can do whatever you like to your room, but you must keep the shared rooms tidy. Rather than expecting your housemate to keep everything tidy all of the time, request that they confine their mess to a certain area of the house, which can be their bedroom.

If you’ve tried all the tricks in the book to get the messy people in your life to be organised and are fresh out of options, you can listen to this reader of ours who recommends “hiding their most important thing and making them search, thrash and organise their things.” Now, this is just the kind of evil I can get behind.

Vasseur calls it ‘the mysterious disappearing technique’. “If their stuff isn’t put away, then it just mysteriously disappears. Now, I’m not saying get rid of the stuff. Just put it away in a safe place, and once they’ve realised it’s missing, it’s mysteriously found again.”