Would you invite a King cobra on your date night?

Icchadhaari naagins. I’ve been obsessed with them from a young age, who wouldn’t be? We’re talking about shape-shifters who can go from being the aadarsh beti in one breath to a glorious 10-foot naagin nobody would dare ask ‘beti, shaadi kab karogi?’ Not to mention they’re loyal (remember Sridevi’s Rajni from Nagina) and live life unapologetically on their own terms. They’re #goals if you ask me. As much as I’m obsessed with the mythical naags and naagins on my idiot box…err, smartphone, I suffer from herpetophobia in real life. An extreme fear of reptiles, but mostly snakes and lizards. The phobia is so bad that my body and brain shut down in panic if I ever come across a lizard.

I’m nervous to reveal this to Benhail Antao and Louise Remedios, luxury wedding planners by profession, but snake rescuers by passion. Antao tells me he used to “roam around with snakes in my pants”, which explains why they’re the centre of Snakes SOS: Goa’s Wildest, a 10-part series by National Geographic.

Antao, a mechanical engineer-turned-wedding planner, was 13 when he rescued his first venomous snake, a Russell’s viper. For the uninitiated, Russell’s viper is a highly venomous snake native to the Indian subcontinent and one of the big four snakes in India. “My mother was standing with a candle nearby to give me light as I caught the snake and handed it over to the forest department. If I hadn’t rescued it, the snake would’ve been killed.”

His “passion” for rescuing snakes has lasted for over 20 years now, having shared the last decade with Remedios who joined him in his operations. “What drew me to snakes was Ben. I, as an outsider, have watched him in action, and he’s very calm when he’s handling venomous snakes like a cobra or Russell’s viper. He doesn’t sweat or shake and he’s in the zone. It’s like you’re watching Ben, and not the snake.”

They’ve since saved numerous snakes, and even other wild animals like leopards, crocodiles, bats and scorpions among others. 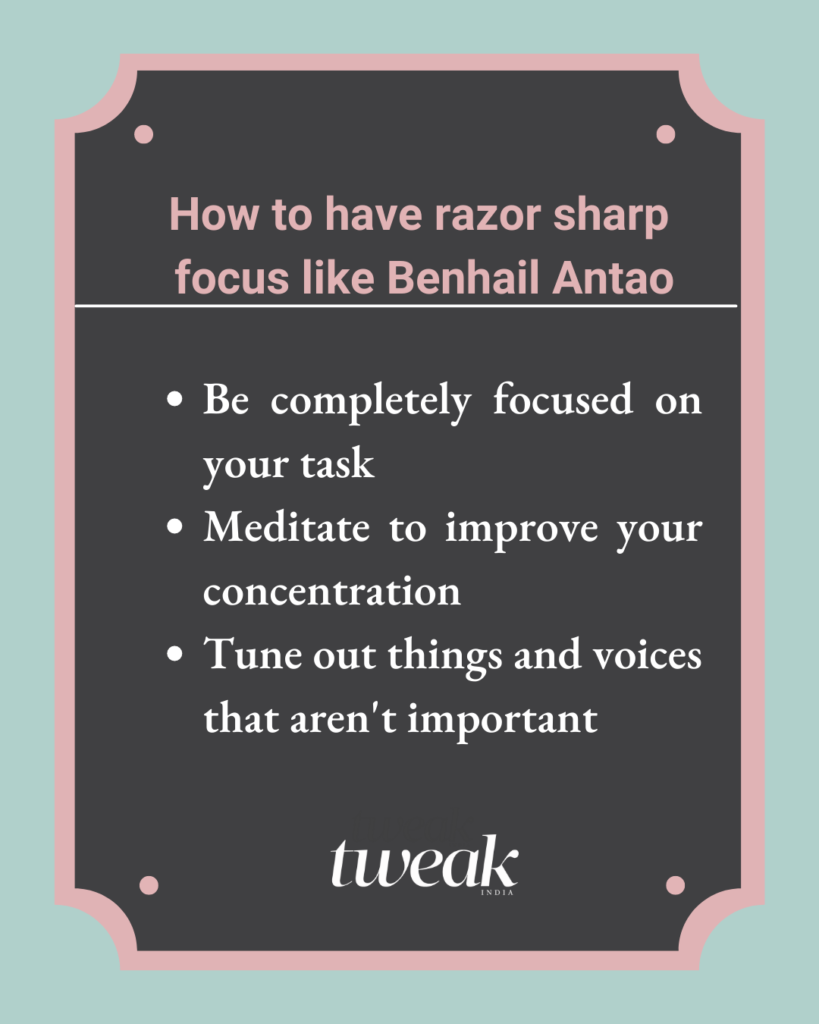 If the snake-rescuer couple is to be believed, wildlife rescuing and wedding planning are not very different from one another. “You need to handle human mentality, human emotions and human nonsense at a wedding, and it’s the same for a rescue call, you need to handle human emotions, human stupidity and the madness created by them,” says Antao, as Remedios laughs away in the background.

She’s the creator of the dream weddings, while Antao is in charge of execution. “I’m a creative person so handling the wedding business came very easily to me while Ben’s knowledge and expertise as a mechanical engineer helps with the technicalities,” she says.

Tweak tip: Find someone who loves rescuing snakes (or in my case, running from them) as much as you do if you want to have your own version of happily ever after.

What to do when you find a creepy-crawlie in your bedroom?

Picture finding a 7 ft. Indian cobra hiding under your bed. I would like to believe my heart wouldn’t give out that very second, but that’s unlikely. So what should you do?

You leave them alone and call the concerned authorities while keeping a safe distance from the animal, according to Antao. He remarks that when they get rescue calls, it’s mostly the humans that “need rescuing from their perception of snakes”, unless of course the snake is injured, or stuck in a net.

Talking about how teaching empathy towards snakes is important, he adds, “That moment when I’m talking to a family with a snake in their house is when the most effective awareness and core-conservation happens. When you teach empathy towards snakes, that’s when the fear will gradually decrease. Only when you love something is when you would want to protect it.”

I’m not sure if I can start loving snakes overnight or be a daredevil like those people on Khatron Ke Khiladi but maybe I’ll take the snake rescuer couple up on their invitation to witness them in action. No, not in Goa, silly, I’m not that brave yet. The safety of my couch is a good place to start.