A crash course in the art of moving on, featuring 10 inspiring movies

In 2017, Yoko Ono helped me repair my fractured heart (which was still gently weeping over a long-gone ex). Her art installation ‘Mend Piece’ showcased hundreds of broken China cups and saucers. The audience pieced them together using tape, glue and coir rope, and placed their creation on a shelf. It was akin to performing a reparation ritual – an act of mending broken pieces of our souls and fixing what we have as we try moving on.

The ceramic shards caused bruises, scars and cuts aplenty, but I returned a little less broken.

The stakes of moving on are always high. And there’s not enough that your cardiologist could do to heal those deep cuts caused by ex-lovers, estranged BFFs, distant progeny and other emotional hazards.

Life imitates art, and we decided to turn to art, once again, to be our guiding star as we navigate life’s unwelcome black holes, setbacks and soul-crushing moments.

We’d like to prescribe a  binge-diet loaded with the brilliance of Julia Roberts, Meryl Streep, Ranbir Kapoor, Priyanka Chopra Jonas, Richard Gere and more, to make moving on a shade smoother with memorable background scores.

Our ‘moving on’ binge diet also provides clouds of laughter to comfort you through hours of ugly crying.

PS: When all else fails, let Elsa sing you to sleep – Let it go – and dream on. 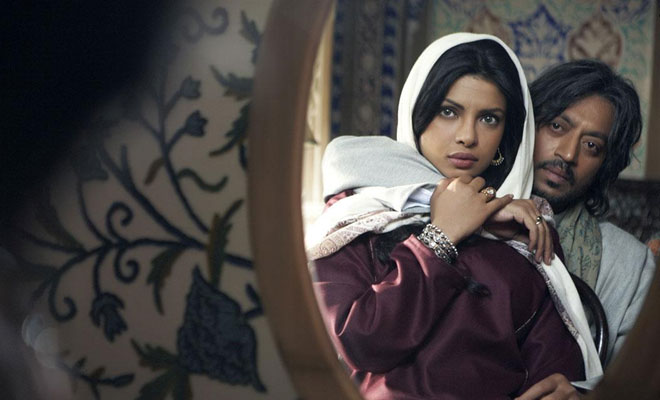 Priyanka Chopra’s anglo-Indian Susanna Anna-Marie Johannes turns the damsel in distress trope on its head, giving us a masterclass in how to get away with seven murders.

Susanna’s conquest to find the right man attracts half a dozen bad men.

The seventh husband is a mystery and the moment she finally learns to move on and quit this man hunt.

Bhardwaj reminds us (albeit in a twisted fashion) that you’re more than enough for yourself. 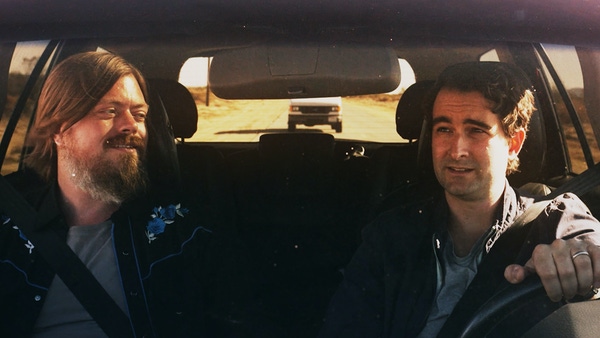 The estranged siblings reconnect after decades only to realise that their egos have expanded, and their tolerance, reduced.

Director J Davis’s dark comedy — a crazy boys’ trip that stops at the sites of infamous Manson murders and ends in jail for a night – kills layers of resentment between the brothers, and helps them look past personal opinions. 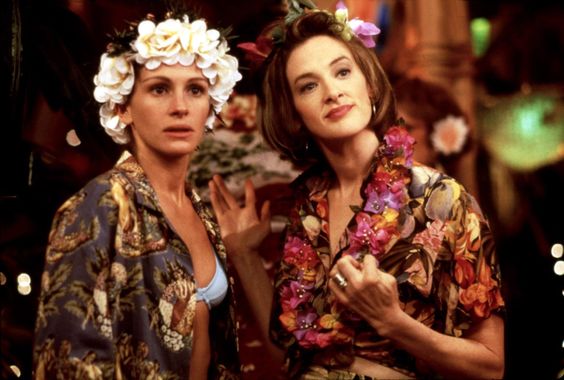 The Garry Marshall film opens with a pretty woman (Maggie Carpenter played by Julia Roberts) galloping on a horse across a lush, green field. In a wedding gown.

That pretty much sums up 75% of Runaway Bride.

Set in Hale, a small-town in Maryland — Carpenter runs a hardware store and has a reputation of running away from the altar. She suffers from a severe case of pre-wedding jitters and has become the running joke of the community.

Runaway Bride talks directly to fear-driven viewers who function on escapism. The rom-com reminds us that we can move past our fears if we stop cheating on our inner self. 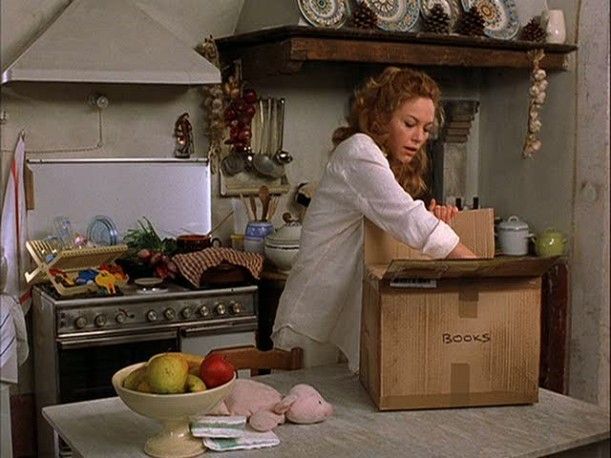 In Under the Tuscan Sun, based on the Frances Mayes’s memoir of the same name, director Audrey Wells takes the audience on a reparation ritual as Mayes (Diane Lane) plagued by depression and severe writer’s block following a nasty divorce, crosses continents to start afresh.

On BFF Patti’s (Sandra Oh) insistence, she heads to Tuscany.

Mayes indulges in some (excessive) retail therapy – she buys a ramshackle villa and decides to renovate it. And ends up renovating more than just the house.

Mayes undergoes a personal renewal and leaps into her new normal, reminding us of the healing power of starting afresh. 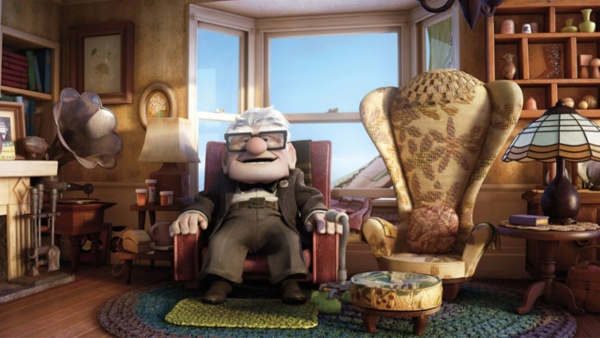 In Pixar’s Up, we watch a 10-minute long montage of Carl and Ellie Frederickson’s relationship, and take a break to ugly cry as Ellie breathes her last.

When we play the movie again, we realise that the characters can’t seem to get away from their past. Carl cannot get over Ellie’s demise, and turns his house into a makeshift airship by attaching millions of helium balloons to move to Paradise Falls as the couple had once planned.

His accidental stowaway, Russell, is yearning for his father’s validation. Famous explorer Charles Muntz wants to reclaim his reputation in the science community.

There’s also a bird of positivity – Kevin. Muntz’s mysterious bird becomes the lone ranger of optimism, and pushes the other three towards the idea of a brighter tomorrow.

Kevin reminds us to look past the sorrows of yesterday and move ahead to see what the future holds for each of us. 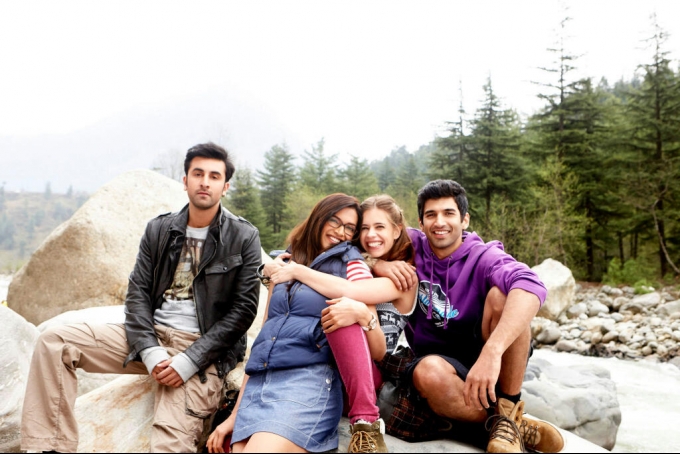 In Ayan Mukerji’s 2013 comedy-drama, four classmates seek wanderlust in the mountains and find a friendship that spans decades and continents.

In one of the defining scenes, bohemian travel journalist Bunny’s (Ranbir Kapoor) character is schooled by Naina (Deepika Padukone) as the sun sets in Udaipur and they miss a light-and-sound show. Naina drops a truth bomb: In life, no matter how hard you chase things, you’ll always miss something. So pause and enjoy the present.

As Bunny puts the brakes on his dreams to listen to his heart’s calling, the other half of the Fab Four – spunky Aditi (Kalki Koechlin) jolts herself out of the idea of a relationship with Avi (Aditya Roy Kapur) to give love a second chance. 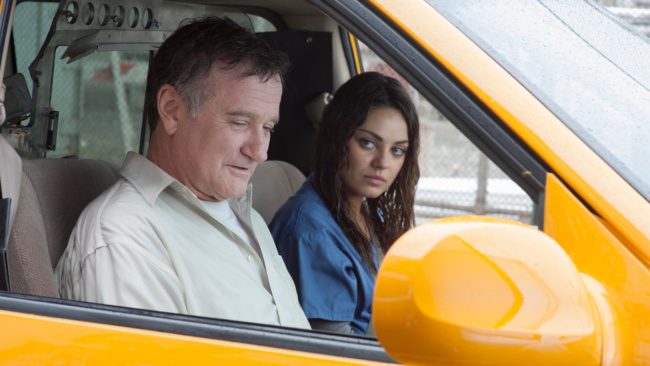 The Angriest Man In Brooklyn, 2014

Again, Robin Williams reminds us to carpe diem. In his swan song, Williams’s Henry Altman is the ‘angriest man in Brooklyn’, with a flaring temper and acerbic tongue.

But when Dr Sharon Gill (Mila Kunis) informs him that he has a brain aneurysm and has only 90 minutes left, the grumpster gets a reality check.

What follows is a roller-coaster of emotions where Altman runs from one relative to another friend, to make amends.

Director Phil Alden Robinson’s bittersweet movie reminds us how fleeting lives are and that no good comes from bottling resentment and regrets. 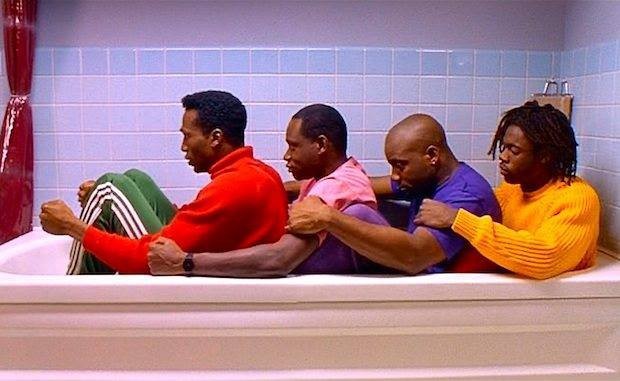 Director Jon Turteltaub’s Cool Runnings is not just another sports movie. Partly based on the true story of Jamaica’s first national bobsleigh team to participate in the 1988 Winter Olympics in Calgary, Canada.

The Disney movie makes for a perfect family movie night watch and teaches one of the fundamentals lessons of sportsmanship. Winning isn’t the end goal; putting your best foot forward is.

Let go of the “must-win-by-hook-or-by-crook” attitude and stop being a sore loser. Now, let’s play a game of Charades, shall we? 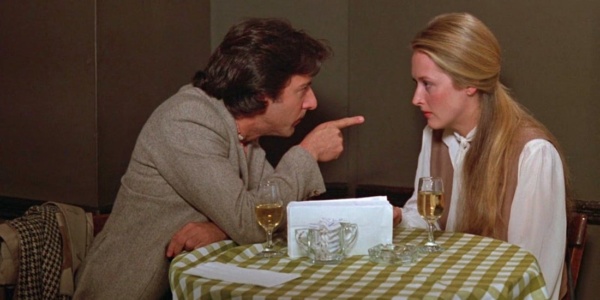 Based on Avery Corman’s novel, Robert Benton’s Kramer Vs Kramer dissects a marriage stuck in a limbo. New Yorker Ted Kramer (Dustin Hoffman) is a workaholic ad man. What grade his son is studying in and how to make French toast: he knows neither.

Joanna Kramer (Streep) has killed all her dreams to take care of her son and the house.

But as she decides to leave to find her calling, Ted has to suddenly up his parenting game for their seven-year-old son, Billy. A custody battle ensues.

The marriage drama explores the still-relevant issues of work-life balance and gender roles, and prompts you to move beyond the societal stereotypes: once you become a mother, it’s your only job. Or as Ted asks, “What law is it that says that a woman is a better parent simply by virtue of her sex?”

Kramer Vs Kramer will leave you in a pool of tears, and will hopefully wash stains of prejudice off your brain 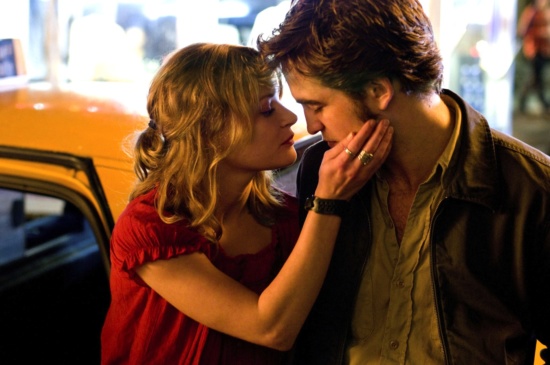 You can call this Allen Coulter movie a disaster drama or a romance, but the film’s impact remains unchanged.

In NYC, we meet Tyler (Robert Pattinson), who cannot get over his brother’s suicide. His divorced father (Pierce Brosnan) has given up on him, but his mother (Lena Olin) is still hopeful that Tyler will bounce back. We also meet Ally (Emilie de Ravin), a self-righteous cop’s daughter, who witnessed her mother’s murder but is a pro at hiding her pain.

The two are classmates. When Tyler’s roommate suggests he should date her only to dump her to teach her father a lesson, things almost pan out as planned. Twist: the damaged souls fall in love.

And then there’s the fateful 9/11 attack on the World Trade Centre that brings the underlying grief to the surface for the protagonists.

It’s a loud reminder that in order to free ourselves from the shackles of our demons, we need to face them, and not shove them under the carpet.

Hold on to your pain, embrace it, before you let go.