How having kids changed my kitchen

My kitchen is a hothouse of sensory pleasures and mental pursuits. It’s is where I get my cuts and burns, and my catharsis and bliss. It’s where I go when I want to think and create, when I want to celebrate or be consoled. When I want to procrastinate.

My kitchen is alive to me: it is a party, and a partner. It’s where I make lactic, light, tangy and tingly paneer ke paani ki kadhi when I want a heating pad for my heart. It’s where I challenge myself to make IPA dulce de leche to impress beer-loving bros on Raksha Bandhan.

I am in a longterm, committed relationship with my collections of knives and lemon squeezers, my cast iron skillets and my oven mitts – we have been through so much together, and made so much in this time. Fare that has always been fun and sometimes, also delicious.

To be honest, until three years and a half years ago, all of this was absolutely true. Then it all changed; I started mainly making mashed veggies for the firstborn. When people asked me what I’d been cooking lately, I became sheepish. The answers ranged from “steamed cubes of organic carrots and beets sprinkled with crushed mixed seeds and nutritional yeast”, to “salt-free, all-organic sprouts pudla with dill and bajra”.

My culinary school education was coming in handy… in creating super healthy vegetable- and protein-loaded recipes that appealed to a one-year-old boy. I became a personal chef to a diner whose criticism was vivid and exacting – for two years, he let me know how exactly he felt by pushing half-eaten food out with his tongue onto the table.

I like to say that my previous kitchen is now an old flame. There are articles and lists aplenty about the effects of parenthood on romantic relationships – this one is about us.

I need help. I’ve gotten help. And I hate it.

As lovely as our recently employed home staff members are – and I do know what a privilege it is to be able to employ them – I still wish I didn’t have to share my kitchen. Before I became a mother, I had one lady who came in to sweep and swab our home for an hour every morning.

The rest of the housework – cooking, doing the laundry, ironing clothes, keeping the kitchen organised and clean, putting things away, accepting deliveries, and the million other things we do to keep our households and lives running – was on us.

Since the last couple of years, as we’ve needed more staff – my kitchen, the hub of all our housework – is no longer mine. It’s had some consequences. I swing between having separation anxiety and feeling betrayed. Sometimes I sneak in in the middle of the afternoon, when the kids are busy playing, and the staff is busy napping.

For a couple of hours, I cook something for fun, I rearrange my stash of hot sauces and pickles, I fantasise about preparing elaborate recipes and menus.

There might be a recent obsession involving an air fryer.

Can we make turai and tendli delicious for toddlers in an air fryer? Yes we can. Can we refresh soggy brown rice cakes in it? Of course. Can we make khakhra chips from one-day-old multigrain rotis in it? Yes, yes indeed.

I sceptically bought an air fryer early this year, looking online for a low-priced, highly rated one. I was unconvinced, but willing to give it a shot because a dear friend who is also a mom of three told me about how it helps her kids eat vegetables they’ve previously rejected. And guess what? It does.

We use it about three times a week to make crisp brinjal rings, Sindhi arbi tuk, tangy broccoli with parmesan, vinegary beet green crisps (like kale crisps, but better). I’m a karela– and doodhi-loving person, for me every vegetable typically considered boring or blah shines with the right recipe. For kids, the right recipe often appears to be a run in an air fryer.

Two fridges are better than one.

The total population of our staff-less home before kids was two people, and even then my fridge was still packed to the max mainly because I like to cook well, eat well, and feed well. I had such an eclectic pantry, that one year, I promised to not repeat a single dish at home. Even so, I barely needed to buy any dry goods or condiments to keep this pact.

The population at home has more than doubled in four years, but the eclecticism has been steady. We need room for salt- and sugar-free nut butters, an entire drawer full of organic fruits and veggies, A2 milk paneer, a shelf to keep DHA supplements cold, bottles of kefir, and lots of little bowls of kiddie food leftovers that are repurposed for the next meal. Two fridges are better than one.

We were always healthy eaters; now we eat even healthier, but have a stash of unhealthy snacks.

I’d often forget where our jars of white salt, white sugar, maida, white rice, and even wholewheat flour were kept – we barely used these even before the kids came along. We had jowar, bajra, and nachni rotis, brown and red rice, sea salt, and on the rare occasion we needed to sweeten something, jaggery. When we entertained, or I baked, the white gud would come out.

We ate two vegetable dishes with every meal, we ate lots of fun egg preparations, and we ate almost no processed food – and we still enjoyed what we ate. Now our food is low on oil, chillies, even pink salt. 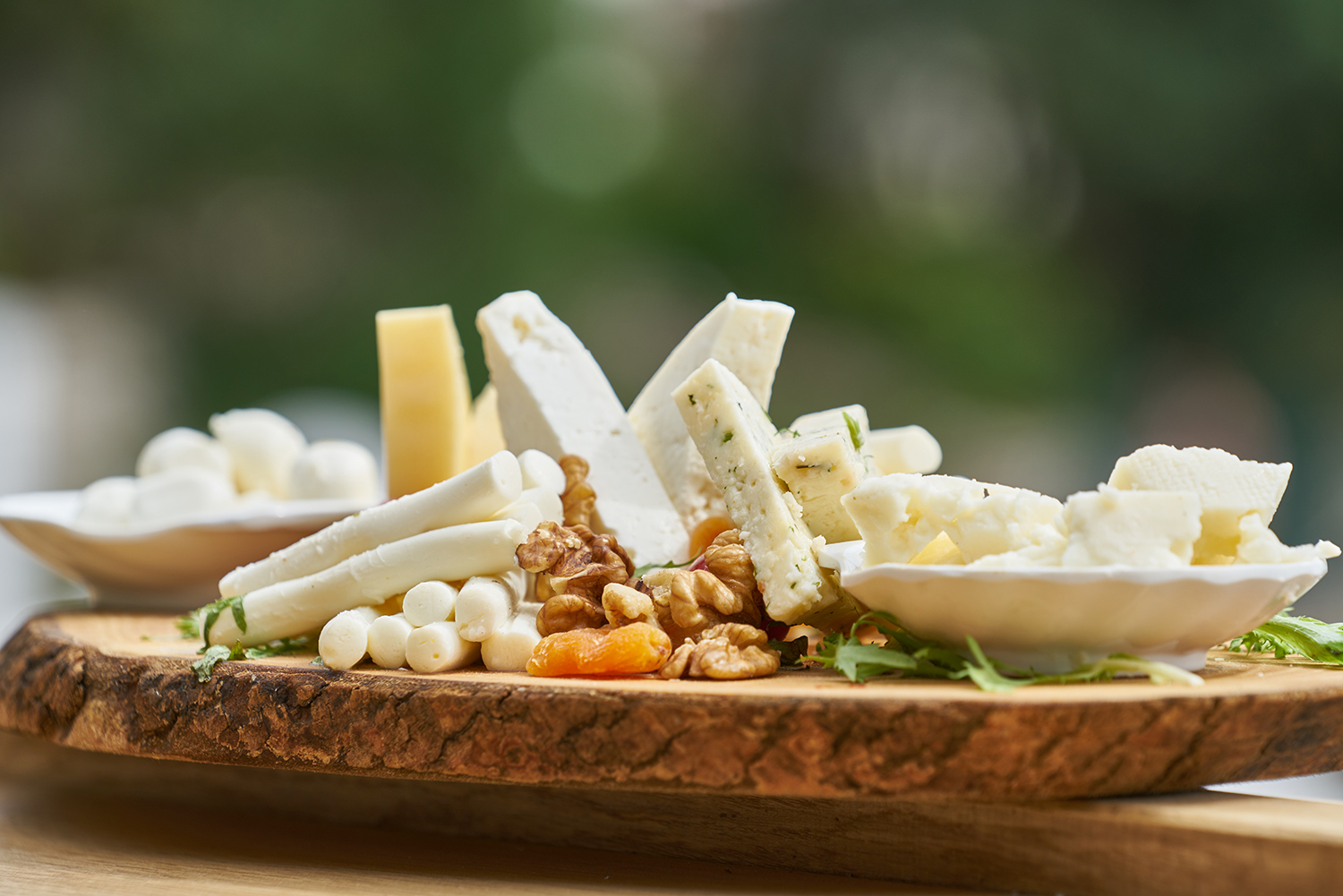 The adults at home have found ways to make up for this. We now hide our chana jor garam, our masala peanuts, the occasional pizza, bottles of club soda, and wine. These only come out after the kids are well asleep.

We even hide healthy food, if the kids are partial to it.

My daughter can have chopped kaju with every meal, and sometimes in place of a meal. It wasn’t always like this. We’d started giving the kids chopped nuts, seeds, dried dates and apricots as one part of their breakfast. The jars lay visible on an open shelving system above the kitchen platform – well within my kids’ line of sight.

After the little girl learned how to speak a little, every time she came into the kitchen, she’d point and say “dajoo”. Soon she was dashing out of her room yelling ‘dajooooo’ – it became her war cry.

The kids each have preferences in what can constitute a whole meal: raisins, stuffed dates, homemade black pepper makhana, sunflower seeds, roasted haldi hing kurmura, black sesame chikki, chyawanprash, roasted channa. As soon as a food becomes an obsession, it goes to the back of the shelf, where only the adults can see it. Sometimes it’s of sight out of mind, sometimes absence makes the heart grow fonder. We try.

My kids have free access to (almost) all of the kitchen.

Yes, there is a baby gate to prevent the littles from getting into the kitchen unsupervised. But if there is an adult around, the kids can hang around and explore as much as they want. As toddlers, they learned to avoid the drawer with sharp objects with a simple warning – adults pointing and saying “ ouch” and shaking their heads.

Early on, we taught them what hot feels like by briefly and gently touching their hand to a very warm coffee mug, so ‘hot’ for them is now hands off.

Tongs, trivets, spoons and bowls, all make engaging toys. As do pepper mills, grain scoops, colanders, and ice trays. Sometimes some or all of these are transported to their bath tubs. They come vegetable shopping with me (by turn) and get to pick what they’d like to eat during their mid-afternoon fruit snack.

The kids have also all helped in mixing and stirring their own birthday cake batters – whipping eggs, mashing bananas, crushing walnuts under a napkin with a rolling pin, and measuring out peanut butter and oatmeal flour. When you’ve made your own healthy five-ingredient birthday cake – pride makes sure that store-bought chocolate ones don’t stand a chance.

WATCH NOW: What nobody tells you about being a mom