I scream, you scream, I scream back because my ice cream is better than yours

I didn’t realise how strongly I felt about ice cream until the Tweak team started arguing over their favourite flavours. My first memory of eating ice cream is biting into a Choco bar. Crack went the chocolate shell, releasing its milky goodness. I had been converted for life.

My first act of rebellion was ordering an orange bar when my parents weren’t around – I was only permitted to have doodh wala ice candy.

My first romantic ritual at 14 involved raspberry dollies. But we never shared. Both my then-boyfriend and I would get one each, eat it in silence, and then like a true hopeless romantic, I’d go home and store all the sticks in a shoe box.

Ice cream has been at the periphery, in the background or sometimes bang in the middle of a lot of happy memories.

We spoke to friends from across the country to know what ice cream reminded them of home, and scoured the internet for adventurous Indian flavours – some exciting, some not  – that have come to be.

And finally, put together a list of classics that everyone swears by, ingenious combinations that everyone must try, and some not-so-satisfying slurpy snacks that are nothing short of appalling.

PS: There is absolutely no need to go ballistic, Sheetal. Me hating your favourite flavour means there is more for you to eat. 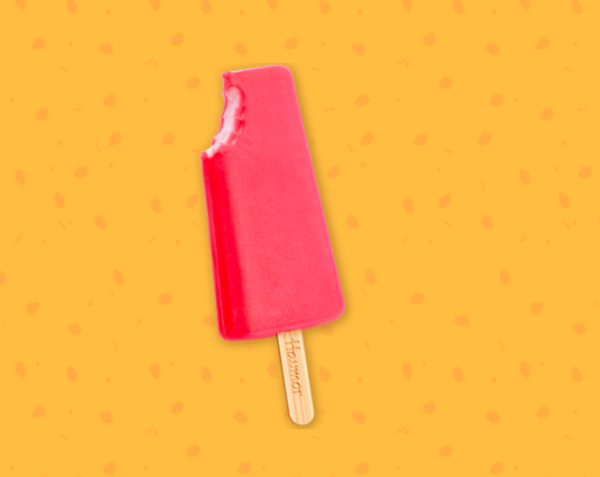 The duets (that did it)

A raspberry or mango duet, or dolly as it is popularly referred to, is probably responsible for teaching all kids the concept of saving money. After about two weeks of judiciously putting away your pocket money, you’d finally have enough to run up to the school ice cream shop and demand a dolly.

And then you’d bite into the frozen fruity exterior, to get to the milky goodness encased within. That flavour is called ‘childhood’. And what your mother not-so-lovingly called “Who is going to get these stains out now?” 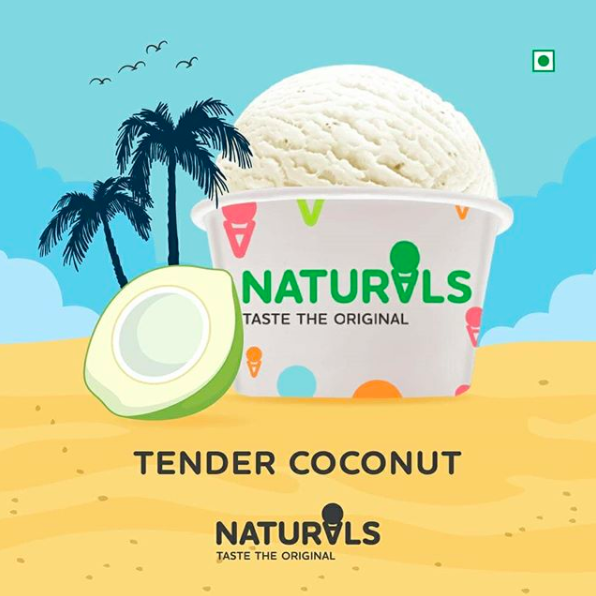 You don’t know the wonder that this ice cream is until you’ve tasted it.

Naturals was the pioneer of experimental ice cream flavours in India, with the whole country going gaga over their chickoo and sitaphal ice creams. But just when we thought that they were done being the ice cream overachievers of the country, they introduced the tender coconut flavour and our freezers were forever transformed.

With chunks of  coconut flesh tucked within subtly flavoured ice cream, this is a summer favourite that transports you straight to the beach. 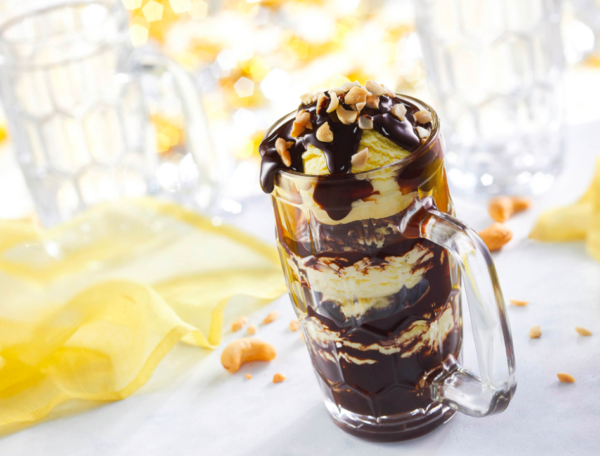 My maternal cousins would always come to pick me up from Delhi airport. One, because they had no choice and two, Nirula’s HCF (yes, I call it by its daak naam, we’re close like that).

The warm fudge on the sundae tastes like Willy Wonka’s streams of molten chocolate. The ice cream is just the right amount of creamy, and you’d probably have to double your workout time for a month or switch to Keto.

But you know what, it’s worth it. Yoga-pants-over-jeans worth it. 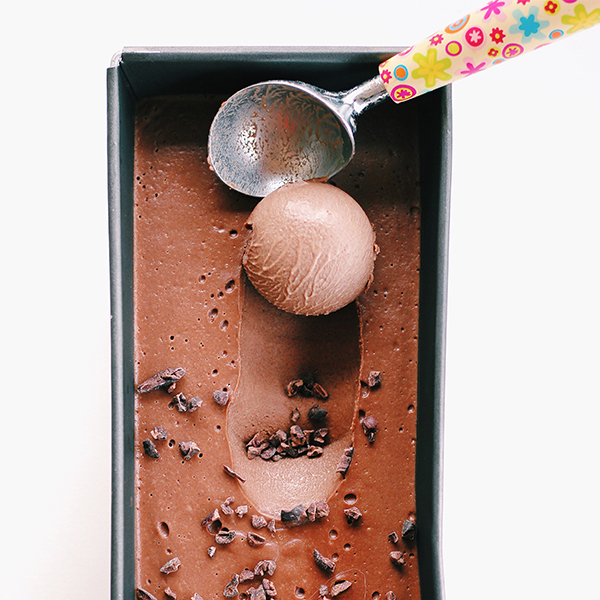 Mississippi  Mud by Baskin Robbins for the chocolate lover

This is every chocolate lover’s dream come true.

When in doubt, always order a scoop or two or three of Mississippi Mud, and for a few seconds, all your worries will get buried deep into your ice cream bowl of bliss.

A few seconds, because that’s how long it will take you to scarf it down. 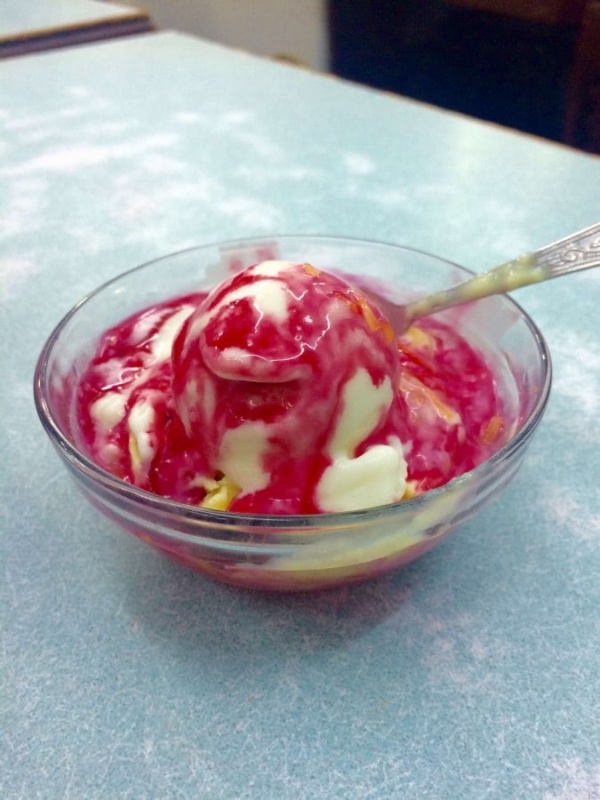 The desi delight that is kulfi faluda from Jaipur

This is one of those combinations that sound bizarre on paper but are in fact divine.

But when it all comes together, it isn’t just a genius pairing but also extremely Instagrammable.

Especially when served at Jaipur’s iconic Indian Ice Cream and Kulfi Faluda. With Iodex green walls, wooden benches in the same hue, and vintage Campa Cola ads plastered all over the walls. 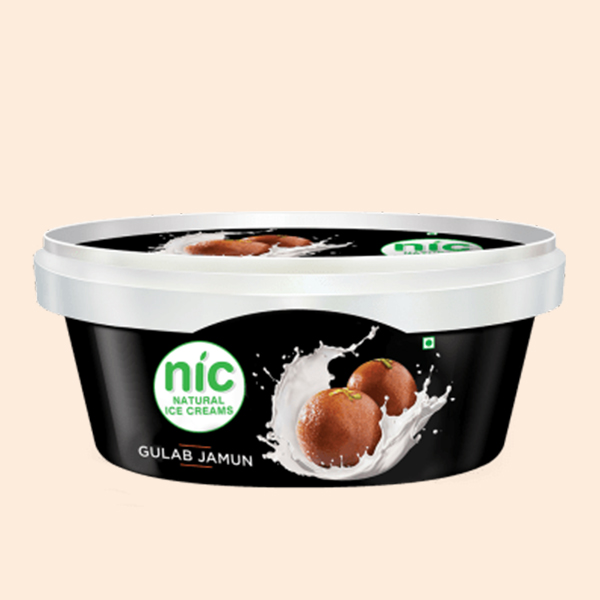 What started as a greedy attempt at piling my plate with all the desserts at a wedding buffet became a scientific breakthrough for the Nobel Prize for food.

My scoop of vanilla ice cream succumbed to the sweltering July heat and began to unravel – one vanilla-flavoured creamy drop at a time. Soon this sugary puddle made its way towards the plump pair of gulab jamuns huddled together on the other end of the plate, and before you knew it, it was a party of three – two GJs and a rather vulnerable mess that was the vanilla ice cream.

What I didn’t anticipate was how this would translate into a party in my mouth. Simply put – I’ve never had gulab jamun sans vanilla ice cream since.

So when my editor sent us a snackfie (a snack selfie) of her gulab jamun-flavoured ice cream, it rocketed up straight to first position in my bucket list.

I haven’t tried it yet, but something tells me it won’t disappoint. The something is actually a someone, who is the aforementioned editor. 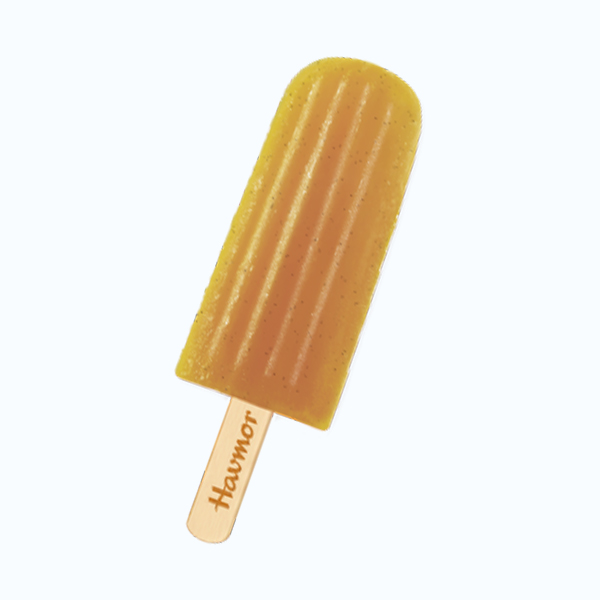 This ice cream is the offspring of my two favourite meals – chaat and dessert.

The flavour checks all the right boxes for a nation that is obsessed with chaat, and complains about the weather – “Haye, kitni garmi hogai hai na.”

As far as I am concerned, if I can feel like I’ve had pani puri without sweating half my body weight off while waiting at the thela, then there is nothing more I want from life, not even Timothée Chalamet or his jawline or both. 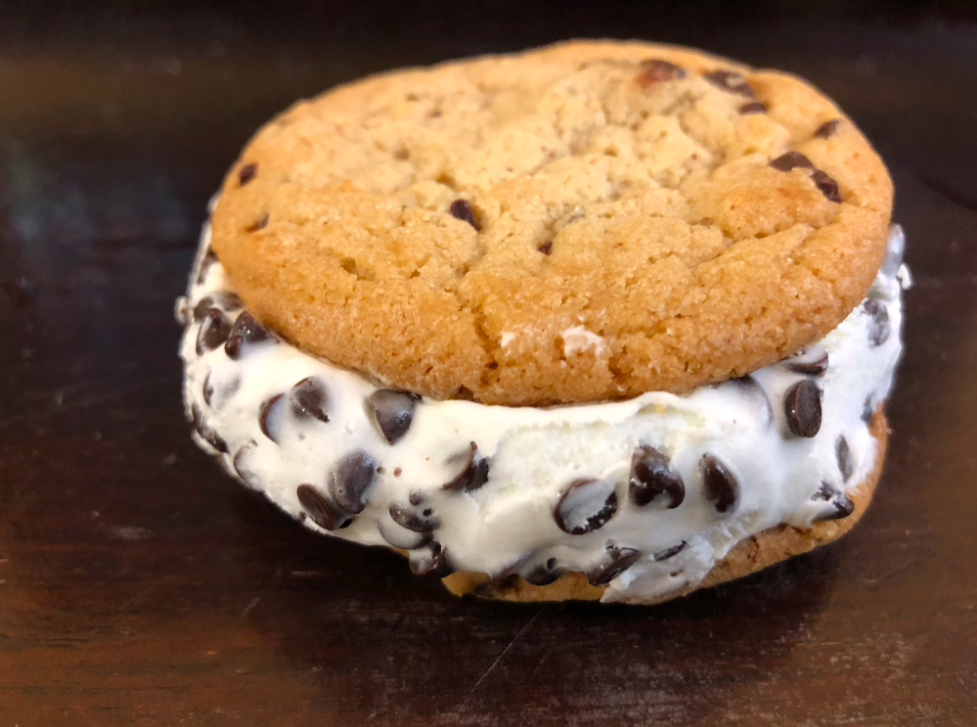 What’s better than cookies? Soggy cookies with ice cream sandwiched between them threatening to collapse at any time.

Eating an ice cream sandwich on a hot afternoon is an adventure sport — a stream of ice cream is sure to trickle down your elbow as you bite into this stroke of genius that was probably the jugaad of a midnight snacker.

Also, if you’re looking to have an authentic ice cream sandwich, head to K Rustom Ice Cream in Mumbai. They serve unusual flavours such as papaya, muskmelon, lime and lemon, and ginger lemon along with other classics, sandwiched between their signature orange-coloured wafers. 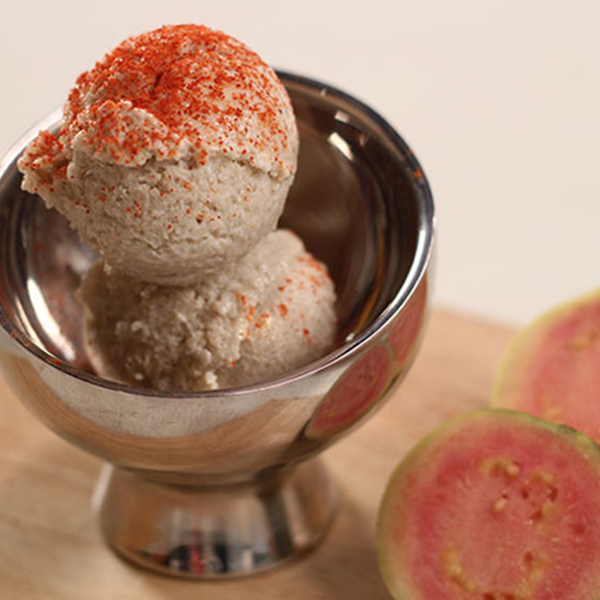 This flavour by Apsara Ice Creams acts like a time travel machine, and takes you back to gloomy monsoon afternoons from your childhood, when you’d head out with your friends for a stroll and inevitably end up at the thela selling guavas with a sprinkling of mirch masala.

This flavour combination is ingenious and has also been interpreted by Bombay Canteen to create one of their signature desserts.

From one nostalgic tangy favourite to another.

Remember all the afternoons you spent on the terrace helping your grandmother lay out raw mango slivers to dry, and finally be made into jars full of your favourite pickle?

One bite of this ice candy on a warm afternoon will teleport you right back to a much simpler time, when your biggest worry was how to slip a kairi or two into your pocket without anyone noticing. 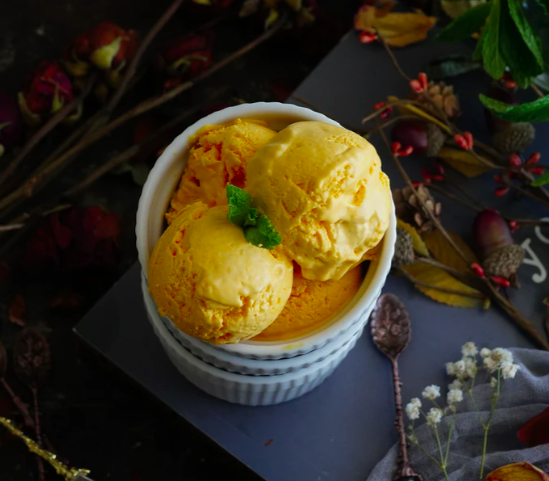 Inspired by a Bengali delicacy, this is supposed to be every Bengali’s fool-proof remedy for battling the heat.

Why is this super special?

The ice cream’s core ingredient is jaggery or gur that is painstakingly extracted from date palms, combined with cream and other ingredients to form a creamy and decadent ice cream.

Going by all Bengali sweets and delicacy, this unique ice cream will definitely impress.

Mangalorean gadbad ice cream is confusion at its best

Unlike what the name suggests, the ice cream is anything but gadbad.

Gadbad ice cream originated in Mangalore and is a desi sundae.

Initially made out of spite towards a demanding customer, this ice cream is an amalgamation of multiple flavours with nuts, sauces, and chunks of jelly as topping.

So, if you’re in the mood for a confusing adventure, then this is for you. 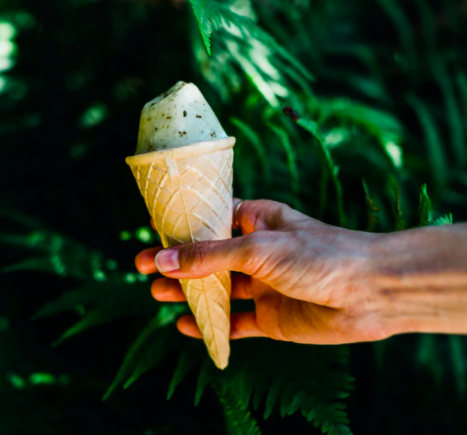 There are two kinds of people in this world – those who don’t like mint-flavoured ice cream and others who love guzzling down frozen toothpaste by the kilo.

How can you not think of toothpaste when you taste a spoonful of this flavour that divides ice cream lovers across the board?

The ice cream is creamy, it’s minty, and makes you want to drink cold water right after for that tingling sensation at the back of your throat. Therefore, toothpaste. 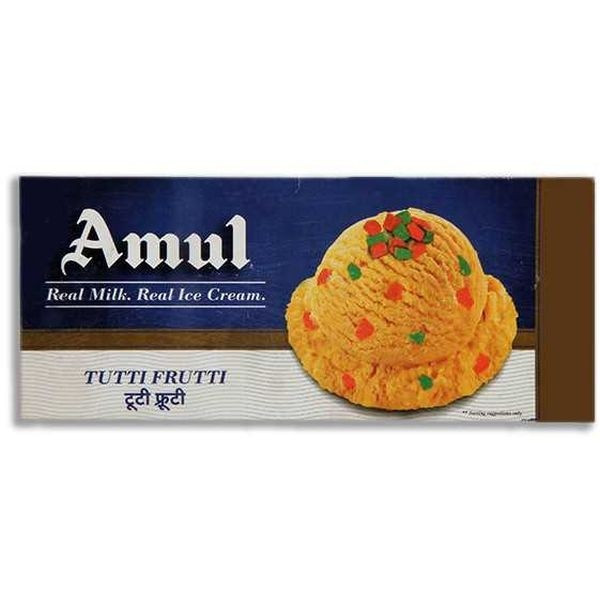 Why would you voluntarily sign up for something that is going to have to be pried out from between your teeth?

Was the Tutti Frutti really worth the dentist’s bill aka the cost of one kidney, Sheetal? 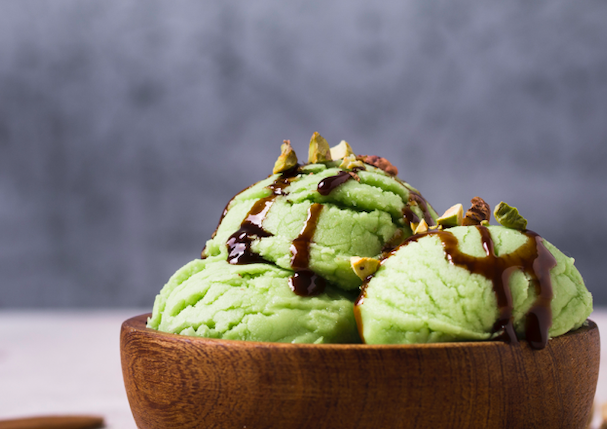 From one dental inconvenience to another.

The reason behind people’s undying love for paan escapes me entirely, and here are a few reasons why:

I do understand that the frozen counterpart of the paan has nothing to do with leaves, but after passionately expressing my contempt for paan, my ego does not allow me to succumb to this ice cream. 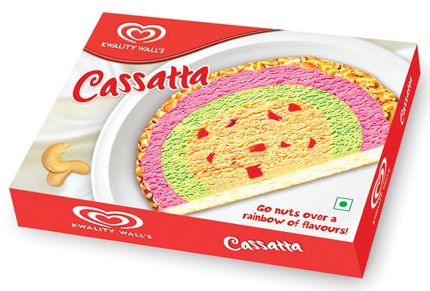 Cassatta is the biggest lie after Santa Claus. A scam of the first order.

A colleague compared the anticlimactic nature of the frozen treat to the movie Tamasha, and I couldn’t agree more – it’s excruciatingly difficult to get through without having an existential crisis and/or a brain freeze.

The rainbow on a plate looks right out of a children’s book illustration but tastes like nothing.

All I’m saying is that if this flavour were to participate in a beauty pageant, it would a 100% go home with the mis(s)-leading title. 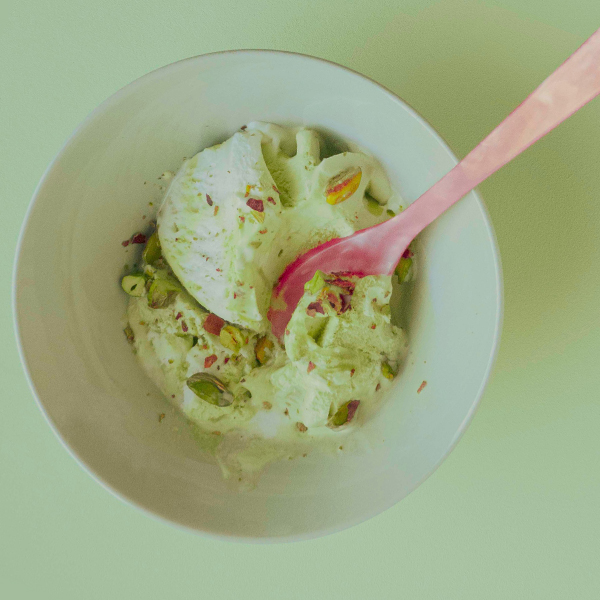 Karela ice cream because someone somewhere had an existential crisis

I have, at multiple points in my life, stated in an unnecessarily high pitch that ice cream makes everything better.

Please consider this a formal retraction of this statement.

Whoever thought of making ice cream using karela? All I would like to say to them is “r u k?”

But if you are feeling extra adventurous and want to give this flavour a go, head to Monika Ice Cream, a popular chain in Gujarat. The chain also happens to serve a green chilli ice cream that I am dying to try, so let’s hope that my unfavourable attitude towards karela doesn’t hamper that opportunity.

Monika, it’s not a ‘you’ problem or a ‘me’ problem, it’s a my-hatred-towards-karela-is-unparalleled problem.