A GPS guide to save your kids from digital potholes

Human beings are not pieces of a jigsaw puzzle, we’re more like Captain Safety’s Lego blocks

A loquacious girl with a heart-shaped face, my little one asks questions incessantly, and fortunately, answers most herself. “Mama, do you play many games?” “Me too. Who do you play with?” “The computer, right? You know you can play with other people also.”

She suggests an online game.

“I haven’t played in a long time,” I protest. “It’s easy. I will show you. We can be partners.” An account is reluctantly made. Thanks to her typing skills, my name changes from Tina to Vina and the game begins. The two of us are up against a man who goes by the moniker Sanjay2349. After he kills our green pawn, he sends a message, “Hi!”

She promptly responds with a cheery greeting. He asks us where we are from and she, once again, despite my protests, writes back, “Mumbai”.

Then comes the next message.

We ignore it, but up pops another on our screen, “Show me your….”

Before she can read the rest of the lewd message, I quickly turn the iPad face down onto our bed. “What did he say?” she asks.

I tell her the truth. She should know the consequences of interacting with online strangers. Her cheeks turn red with embarrassment, while I feel what I can only describe as tainted, at being the recipient of someone’s perversity.

In my pre-pandemic avatar, I was one of those annoying creatures who would pull phones from the hands of children and, very often, from adults as well. Then along came Corona Bhai Saab and we were all relegated to using devices as the only means of communicating, working and studying. Limits around screen time and locks on apps disappeared, as we transferred all our connections to online mode.

Incidents piled up as we went along, not just with perverts, but fights between friends and complaints about bullying. I saw a chat where one kid called another “dum” and the other one replied, “You are the dum one bcuse you can’t even spell dumb.”

Stressing over online hazards became one more thing I added to the bonfire of worries you start amassing once you have a child. Talking about it, though, was pushed to the background because at the mere mention of digital safety, even adults behave like they are being given an intravenous sedative, let alone our little ones.

Fortunately, I recently discovered Captain Safety, an animated figure in a spacesuit who seems to be cosplaying Elon Musk pretending to be an astronaut. 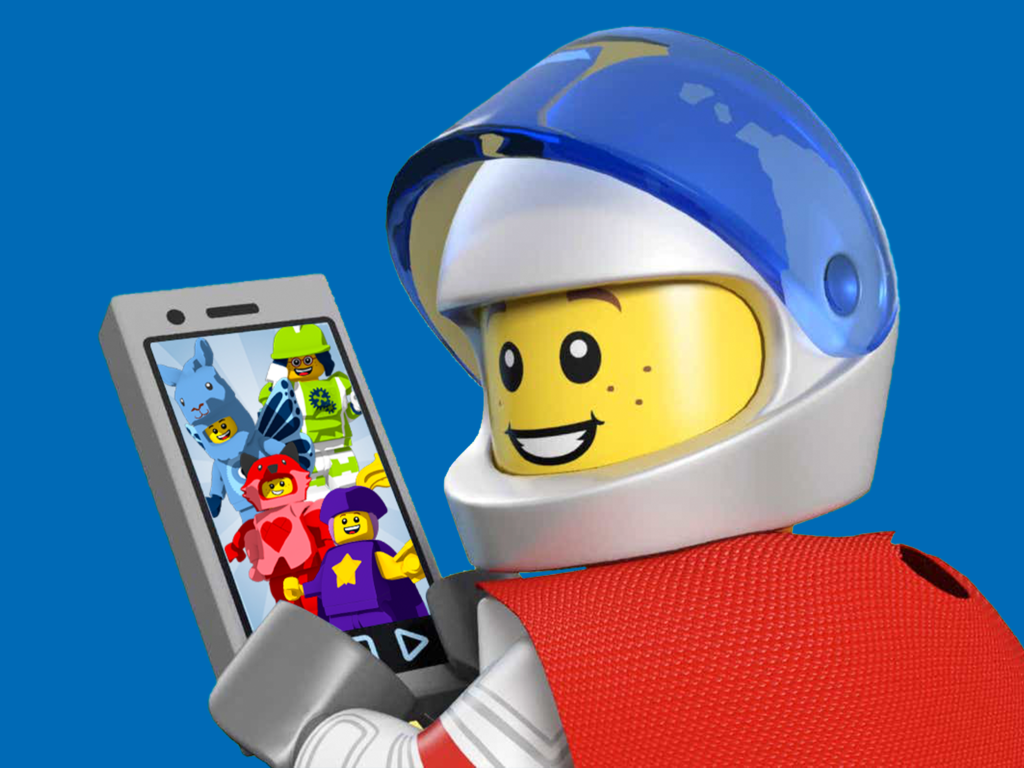 Captain Safety, as part of Lego’s Digital Citizenship Program, helps children understand the notions around digital safety. It is an interactive digital skill-building program, where learning is fostered through games. The one we picked to play along with our astronaut was called Doom The Gloom.

There was an Admiral Highfive who warned us against “meanies and hackers” and Butterclops, an androgynous rabbit with wings, who began a quiz. “You took a silly picture of a friend and you want to share it. Should you share it or ask first?” As my daughter clicked on “Ask First”, I recalled a recent incident where one of my closest friends was upset because of a picture I had posted of the two of us.

The quiz ended with Butterclops reiterating the often-forgotten notion around digital empathy, “Behind every screen is a person.”

We navigated through a series of games that encourage critical thinking, privacy, and cyber security.

After we finished, we made a chart together. A Do’s and Don’ts list for digital safety.

The pandemic altered the way we connected, but forced into isolation, the one thing we continued forging was relationships.

Human beings are not pieces of a jigsaw puzzle, where we join in perfect harmony, at a singular place, one where we fit right in. We are more like Captain Safety’s Lego blocks. We can be combined in various amalgamations. Some delightful arrays that are worth building upon and some that, perhaps, need to be dismantled right away. Understanding the difference between the two is the real challenge, both online and offline.

As I put our list up on my pinboard, I realised that I needed to make a phone call. Thanks to Butterclops, I’d learned something as well. When my bestie got upset about my posting an unflattering picture, I thought she was perhaps overreacting. Now I recognise that I should have asked her first.

I add another bullet point to our Do’s and Don’ts list.

5. If you mess up, and that will happen, make sure you apologise.

Sorry is, after all, the insulation around all the wiring that stops connections from short circuiting, both in the real and the virtual world.