Black-headed seagulls returning to their old stomping grounds after a mysterious absence. Children playing cricket and running through the waves. Couples hiding under umbrellas, gazing at a perfect sunset.

This isn’t a scene from your Goa holiday. It’s Mahim beach 2.0, unrecognisable from what Rabia Tewari and Indranil SenGupta saw from their window when they moved into the neighbourhood in 2017, when “it was just a garbage dump. There was absolutely no sand visible.”

While the rest of us were sleeping in on the weekends, the couple put on their gloves and began sorting through the plastic waste and unmentionables that the Arabian Sea spat onto the shore.

Over two years and 1,000 tonnes of garbage later, you’ll now spot an average of 100-150 volunteers building upper body strength by cleaning the two-kilometre stretch every Saturday. 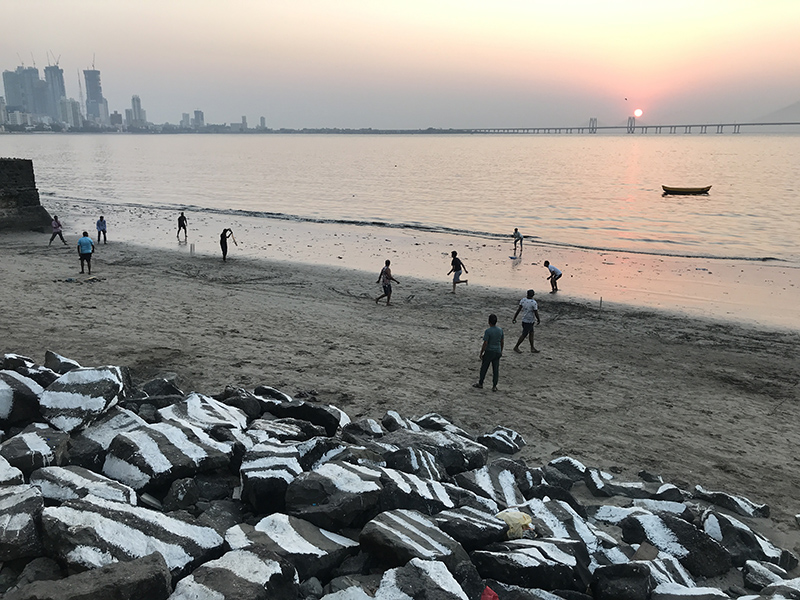 If you’re inspired to launch your own citizen’s eco-revival, here’s what you can learn from the success of the Mahim Beach Cleanup.

It starts with one (step)

“We both understood that there was a problem but were finding it difficult to act on it. At least for me, it was building up to passive aggression,” says SenGupta.

Focus on sustainability at a micro level. “It’s all about taking that first step.”

By chronicling their efforts on Instagram, Tiwari and SenGupta are able to inspire others with the hope that change is possible.

They post about clean-up timings and locations at least twice a week, and toss in a few soul-cleansing photos of the city sunsets, young volunteers and dogs playing in the sand to keep the narrative going.

Willing volunteers are added to a Whatsapp group where news updates and relevant information get shared. This helps build a sense of community, and an active inner circle who help propagate the message.

Get the government involved

The municipal corporation (BMC) was more than happy when Tewari and SenGupta reached out to let them know they were clearing the beach.

Only BMC trucks are allowed to clear garbage, and they sent in their staff to work with them.

Though Mahim beach comes under multiple jurisdictions which creates a red taped-roadblock, they’ve been brainstorming with the authorities for possible solutions.

One of their first successes was getting garbage bins installed along the beach for proper disposal of waste.

Be a good neighbour

It’s impossible to get a movement going without the people who matter the most: the locals.

Tewari and SenGupta engaged the Koli community residing along the stretch, educating them about proper waste disposal and getting them involved with decorating the approach road.

Inviting street artists to create public art for Mahim beach cleanup also created a sense of pride and ownership in the neighbourhood.

They even organised a free music festival, The OPENDOOR Fest, on the beach with people coming together to clean while being serenaded by musicians like Ankur Tewari and Manasi Parekh.

Tewari says, “It was about just building the sense of community again. People from all walks of life can come and enjoy this together.”

We know what we’re doing this weekend. Charging up with some bulletproof coffee and making our way to the Mahim beach cleanup.

WATCH NOW – Everything you’ve ever wanted to ask a vegan ft. Anushka Manchanda