Last year I spent Diwali in Delhi, an experience that only can be described in alliterations. Gasping for breath, I gargled all day, trying to catch a glimpse of the sun hidden under a gormy haze. The only one wearing mask, I was an outsider in the city I grew up in, and fled back to Mumbai at the first opportunity. Now, if only Delhi had some gnarly urban forests.

Globally, urban forests are becoming the hottest trend. Cities are waking up to the possibility of growing dense forests on whatever little tract of land is lying unused, a cost-effective way to control climate change and build a connect to nature. With India being home to seven of the most polluted cities in the world, the most valuable residents in these metropolises are these perennials which give us shade, shelter, oxygen, clean air, but alas, no Wi-Fi or cellphone signals to warrant millions of them being planted all over. After all, oxygen is cheap.

Between 2,000 and 2018, India lost 16,744 sq km of tree cover, despite the fact that trees absorb air pollution. A study published in the journal Environmental Science & Technology found that restoring a region’s vegetation reduced air pollution an average by 27 per cent. That’s enough for you to rip your mask off and start gardening. 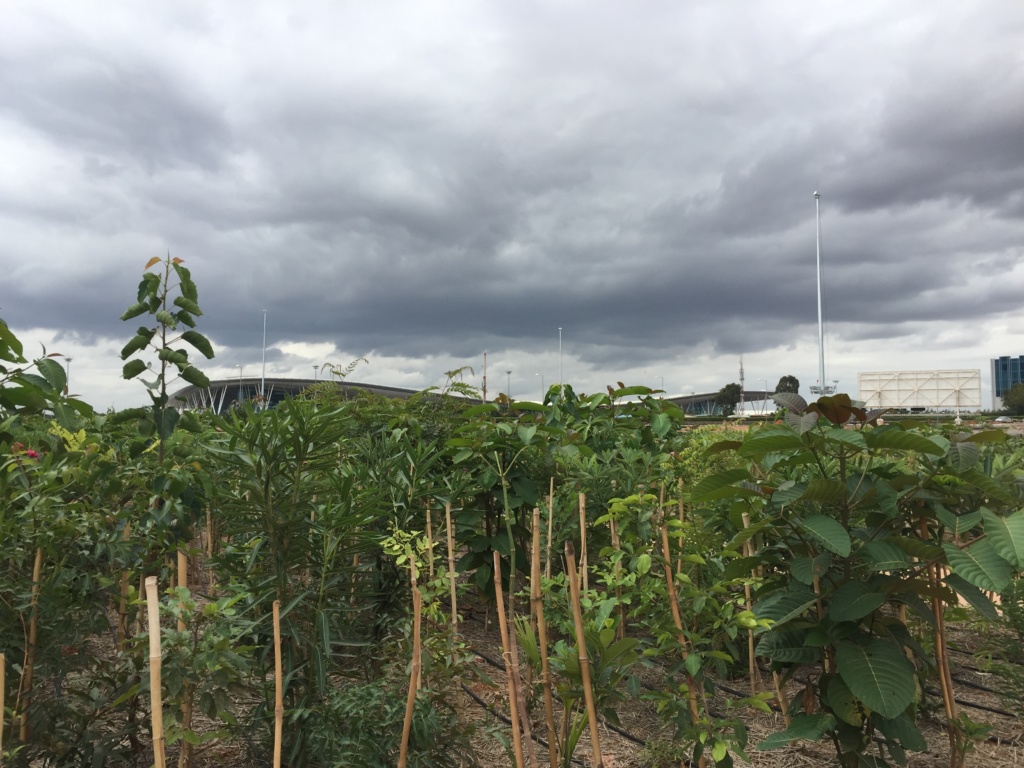 Enter companies such as Bengaluru-based Afforestt and SayTrees, Chennai-based Thuvakkam and Nainital-based Alaap, which are working on creating natural, wild, maintenance free, native forests wherever there is an open patch of land. Afforestt is following Japanese botanist and plant ecology expert, Dr Akira Miyawaki’s method of planting super-dense, layered forests where the trees and shrubs do not compete with each, rather support each other.

Within two-odd years or so, these plantations blossom into self-sustaining forests that don’t need countless malis and an endless water supply to stay manicured, unlike the pristine lawns of Delhi’s farmhouses.

Why would urban forests work?

Till date, Afforestt has worked on creating nearly 150 forests in 10 countries, including India. One of their latest urban interventions, says Shubhendu Sharma, founder and director, is a jungle for the Dept of Biotechnology, Govt of India, in New Delhi. The former sewage swamp near the Barapullah drain is part of a bigger effort— the Local Treatment of Urban Sewage Streams for Healthy Reuse or LOTUS. Over 2,000 trees grow on the 750 square meters patch of land: 40 native tree species.

“These forests,” says Sharma, “grow 10 times faster, 30 times denser, and have 100 times more diversity than conventional growths.” Some of Afforestt’s key projects include Maruvan in Jodhpur, a forest of the desert, where they are trying to build a sustainable habitat with a seed bank, nursery, forest, and water conservation.

They are also assisting the Punjab Government to plant 550 trees such as lemon, mango, galgal, guava, amla in every village of Punjab to mark the 550th birth anniversary of Guru Nanak Dev, an initative which will eventually be nurtured by the women of the village. Urban forests are essential, says Sharma, especially for the children who grow up in cities.

We look at how urban forests can change our cities.

Reduces the urban heat island effect: On June 10, 2019, Delhi recorded a whopping 48 degrees. Urban forests can reduce the ‘heat island’ effect, which basically describes built-up urban areas which are scorching compared to rural areas. A nice thick leafy patch, through evapotranspiration, decreases temperatures by 1-5 degrees celsius, according to the United States Environmental Protection Agency, and areas under shade are 11–25 degrees celsius cooler than areas under the blazing sun.

You can grow a forest in your very own backyard: Tiny forests are a thing and perfect for concretised cities. In the Netherlands, Afforestt planted a super dense forest of 600 trees on a surface the size of a tennis court. Sharma’s first tiny forest was grown at his family home in Uttarakhand, a 70 square metre strip of land, which has nurtured a unique microclimate that attracts squirrels, hornbills and even rabbits.

So, if you have a tiny patch of land, you can grow your own forest following the six steps laid out by their open source method. (available on their website or by getting in touch with them) 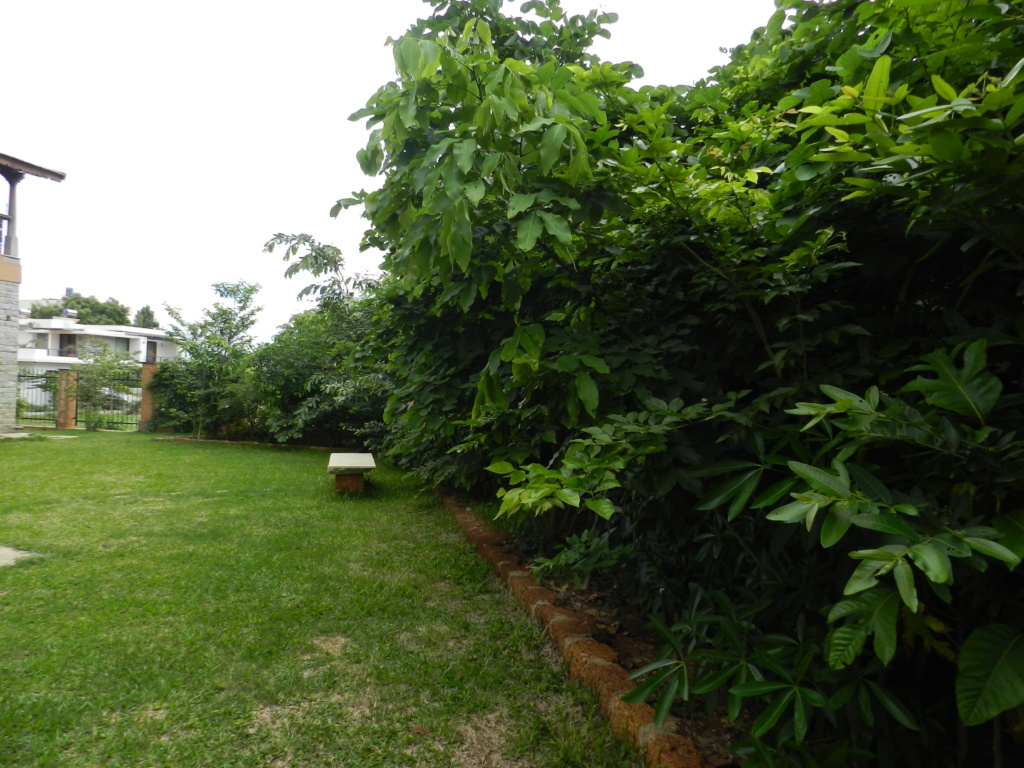 Forestscaping is (or should be) the new lawn of Lutyens Delhi: Forests are the new lawns. A Miyawaki-style forest needs water and maintenance for just around 2 years and then it thrives. The challenge with emerald green stretches is that they requires water, pruning and maintenance throughout their life, whereas a forest can actually recharge ground water while attracting fauna.

Going indigenous yet diverse:  Trees are bae, but Sharma cautions against overzealousness — one must not plant non-indigenous trees. Karachi planted 2.2m trees of the exotic water-guzzling Conocarpus trees, a native of Africa, around a decade ago. It led to numerous respiratory ailments and allergies and devastation to the local avian population. These trees are now being hacked down with impunity, and are in danger of creating heat islands.

Before you jump in to plant, it pays to do some research and go native, rather than choose easy, fast-growing, foreign species. The Afforestt team has studied Mughal miniature paintings too, to identify what grew where and when and have a sapling nursery for those who wish to buy.

Get started: Afforestt’s adapted Miyawaki method to grow a forest

The time taken to set up a forest is around two months, beginning with the soil testing. Then the earth is treated for nutrient deficiencies, with heaps of dung, peat or husk, and critters to help the forest grow, while retaining water, with this entire gunk buried one metre below the ground.

In the meantime, native trees of the region have already been identified for planting across four categories: shrub, sub-tree, tree and canopy. Then the seeds and saplings are planted at an extremely high density, reminiscent of peak hour in a Delhi metro – 3 to 5 saplings per square meter, on a mound.

They’re supported by the team (but never trimmed or pruned), till they become strong to survive. In about 2-3 years, the plantation becomes a self-sustaining forest, and you can literally breathe a sigh of relief.

Neeti Mehra is a sustainability expert and the founder of beejliving.