10 Indian writers whose masterpieces belong on your bookshelf

Going beyond Tagore and Premchand

It’s hard to succinctly characterise the Indian writers who make up the nation’s literary canon. If you can, you’re missing out on something. When a country has 22 registered languages and thousands of dialects (that we know of), every region has its own literary styles and oral traditions being strung together and published for others to immerse themselves in.

While the literary heavyweights like Tagore, Pandit Makhanlal Chaturvedi, Premchand, Kamala Das, Ismat Chughtai and OV Vijayan forever hold our imagination, we decided to look at some of our favourite Indian writers who also deserve a spot on your bookshelf.

From all the works by Indian writers, CBSE students will remember reading this master’s work during their Hindi lessons. Mahadevi Verma was a blessing to modern Hindi poetry and one of the leading voices of romanticism.

Verma is one of the four stalwarts of the Chhayavaad movement along with Suryakant Tripathi ‘Nirala’, Jaishankar Prasad and Sumitranandan Pant. 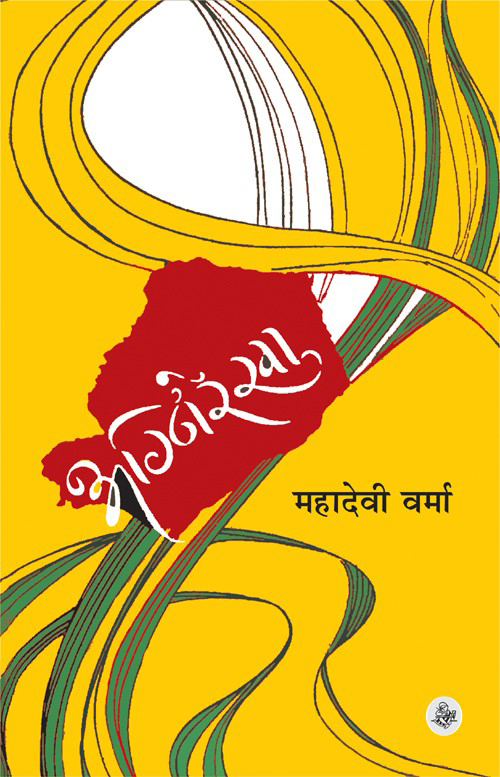 She was always vocal about her parent’s support for her education and championed women’s education through her life. There’s a sadness and pain in her writings, and she best illustrates the struggles of womanhood in one of her most famous pieces ‘मैं नीर भरी दुःख की बदली (Main Neer Bhari Dukh Ki Badli).’

She even illustrated many of her own works. Along with her 1982 Jnanpith Award, Verma has been the recipient of the Sahitya Akademi Fellowship, Padma Bhusan and Padma Vibhushan among many other accolades.

Kartar Singh Duggal’s prolific writing talents flowed smoothly across languages from Punjabi and Urdu to Hindi and English. His words chronicled life before Partition, and the social impact felt by those around him.

Pre-partition Punjab seeped into his work as he explored far-ranging subjects from the female psyche and women’s representation to bridging cultural divides through short stories, as in Mitti Mussulman Ki. 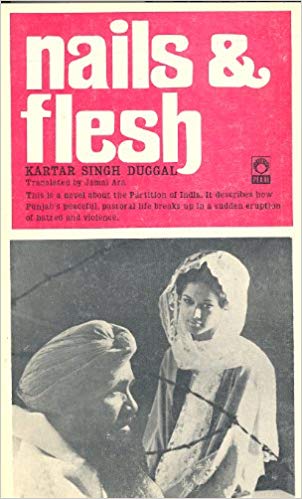 There’s a legion of awards and major titles that Duggal was given through his decades-long career. All the while he worked with All India Radio, even serving as Station Director and as the Secretary/Director, National Book Trust, India.

As RP Malhotra notes in The Encyclopaedic Dictionary of Punjabi Literature, “Duggal is unique in Punjabi literature for having fictionalised important events in contemporary history. The way he has interwoven the personal relationship of unforgettable characters with historical events shows his superb literary craftsmanship.”

Tamil writer Perumal Murugan’s fifth novel Madhorubhagan, translated to One Part Woman about a couple in Tamil Nadu struggling with infertility, created quite a hullabaloo among right-wing religious groups who organised public protests to have the book withdrawn. In response, Murugan dramatically announced his own ‘death’ on social media urging his publishers to withdraw copies of all his published work.

Poonachi: Or the Story of a Black Goat, written in Tamil and translated by N Kalyan Raman, opened up a whole new audience to his creative mind. Though the protagonist is a little goat, the story is really about the helplessness of our own humanity, the struggle for power, the contradictions of love and oppression of the female.

Qurratulain Hyder’s Aag Ka Darya has been described as “Urdu literature at its best”. The book is a landmark epic documenting India’s partition, maintaining its cultural impact since it was published in 1959.

Hyder’s use of Urdu is free-flowing and eloquent — her stream of consciousness style of writing was ahead of its time. She masterfully used fiction to display facts in a manner previously unseen in Indian literature. 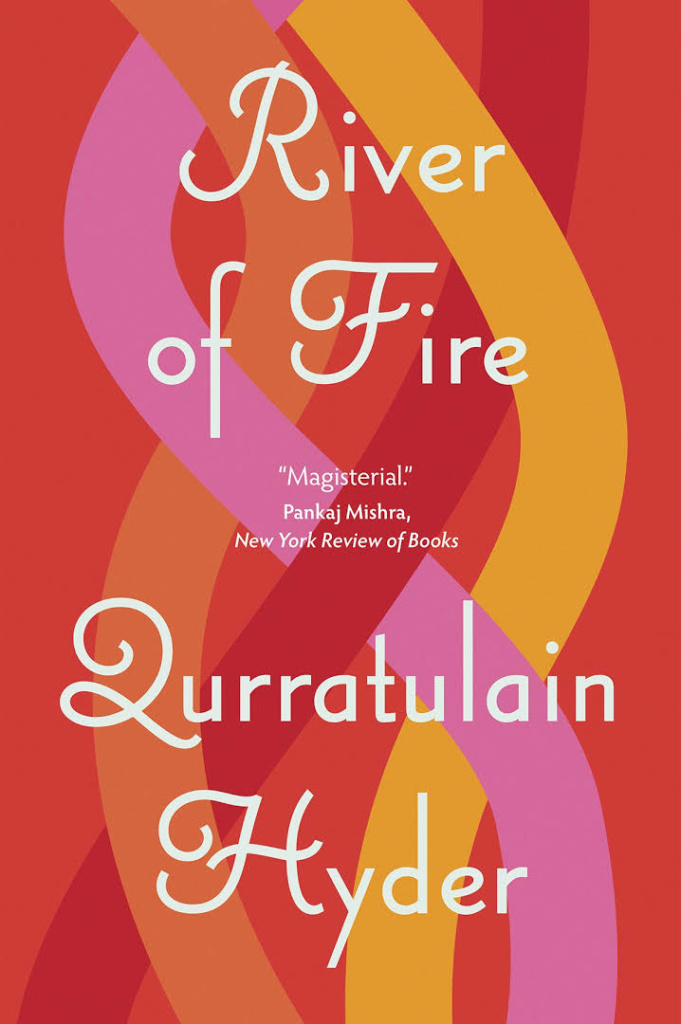 Ainee Apa, as she is famously known, shunned gender stereotypes in her writings making her a feminist icon. Unlike many other Indian writers of the time, her female protagonists were capable women with personalities, faults and triumphs. Their denial of opportunities reflected the realities of women across South Asia.

Like many Indian writers, Sunil Gangopadhyay is hard to slot into one category. Bengali poems, travelogues, children’s stories – he created the famous Kakababu – novels, essays, Gangopadhyay has a toe in it all.

His seminal novel Sei Somoy, translated to Those Days, spins fiction into the lives of historical figures like Ishwar Chandra Vidyasagar and Keshab Chandra Sen. Gangopadhyay was also the founder editor of Krittibas, an incredible influential Bengali poetry magazine that shaped the literary scene for years to come by providing a space for experimental young poets to showcase their work.

Gangopadhyay’s Pratidwandi was turned into a film by Satyajit Ray and you’ll find mention of him in Beat poet Allen Ginsberg’s September on Jessore Road. Whatever his achievements – over 200 works of writing to his name – his feet were firmly grounded to the floor, though they did make their way across borders.

Easterine Kire may now be based in Norway but her stories are deeply rooted in her birthplace, Nagaland. “I felt we needed to create written Naga literature. We have so many oral narratives but with oral dying out, it’s all going to be lost,” she said in an interview.

In A Respectable Woman, she tells the story of two women of different generations in Kohima following the Japanese invasion. She captures the psychological impact of violence and the journey of putting lives back together in the aftermath. A picture of modern Nagaland where there’s a back and forth between preserving tribal traditions and subverting oppressive customs.

Be it in Bitter Wormwood or Don’t’ Run, My Love, Kire’s powerful feminist voice draws you with the seemingly magical backdrop of Nagaland to the lives and hearts of the people.

Subimal Misra entered the Bengali literary scene after the Hungryalist movement had shaken the traditions — and the establishment— loose. An anarchist streak runs through his work and Misra is almost like an underground folk hero to young creatives across the board.

His style – if that is what you could call it – abandoned all writing conventions. It was real, raw and mirrored the lives of middle-class Bengal. 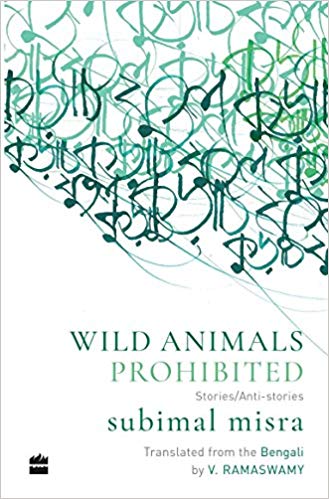 In the words of V. Ramaswamy, Misra’s writing captures “West Bengal and the city of Calcutta (now Kolkata) in the last four decades, its marginalised people, its degeneration, its hungers and lusts, and its hyper-violent reality.”

Novels, short stories, children’s stories, plays and activist – Bengali writer Mahasweta Devi was a multi-hyphenate even before the term was really invented.  She was lauded for her social-political commentary and writing that focused on marginalised communities.

One of her well-known feminist writings is a short story, Draupadi, that highlights the rape and mutilation of a tribal woman called Dopdi Mehjen. The protagonist threatens the masculinity of her oppressors by refusing to hide her ravaged body. Her oeuvre of more than 90 books is a treasure trove of honest storylines often based on real-life events.

Pundalik N Naik’s Acchev was the first Konkani-language novel to be translated into English. The translation, The Upheaval, paints a grim, yet the realistic image of a close-knit Goan agricultural community being taken over by industrialisation.

The poet, novelist, playwright and short-story writer fills his pages with realism and authenticity. His true-to-life characters get under your skin and it’s hard to escape this world.

He’s a well-known figure in Goa, not only for his literature but as a champion of the Konkani language and its recognition. He uses native idioms and vivid imagery to create a whole new world through poetry.

He was given the Sahitya Akademi Award for Chowrang, a collection of one-act plays which was singled out by other Indian writers for “its realistic treatment, social relevance and satire without cynicism.”