Hanging out in your favourite writers' homes in a non-creepy, totally legal way

A trip to Mussoorie is incomplete without completely violating Ruskin Bond’s privacy — sauntering by the writers’ homes Hall-of-Famer in Landour is a rite of passage even for those who haven’t read a word of Rusty’s adventures.

It’s hard to tear your eyes away from the undulating mountains and not visualise the churails that frequent his stories.

Potterheads, The Elephant House café in Edinburgh where Rowling wrote parts of Harry Potter, has a wall inside with photos of Rowling writing, and quotes from the author herself.

From the house where Anne Frank went into hiding in Amsterdam, to Rabindranath Tagore’s ancestral home Jorasanko Thakur Bari in Kolkata, the world is filled with the ghosts of authors present and past. And helpfully, many of the writers’ homes have been preserved for the sake of book nerds the world over.

Maybe a visit will inspire you to write the next Pride and Prejudice. Or at least finish up your college thesis/ paperwork, an hour before the deadline.

Disclaimer: This by no means is an extensive list, and the reason it focuses on iconic writers who have passed on is because, as I remind my colleague who keeps suggesting contemporary icons, hanging around outside a person’s home is harassment, stalking, and definitely illegal.

Writers’ homes that will help you connect with your literary hero 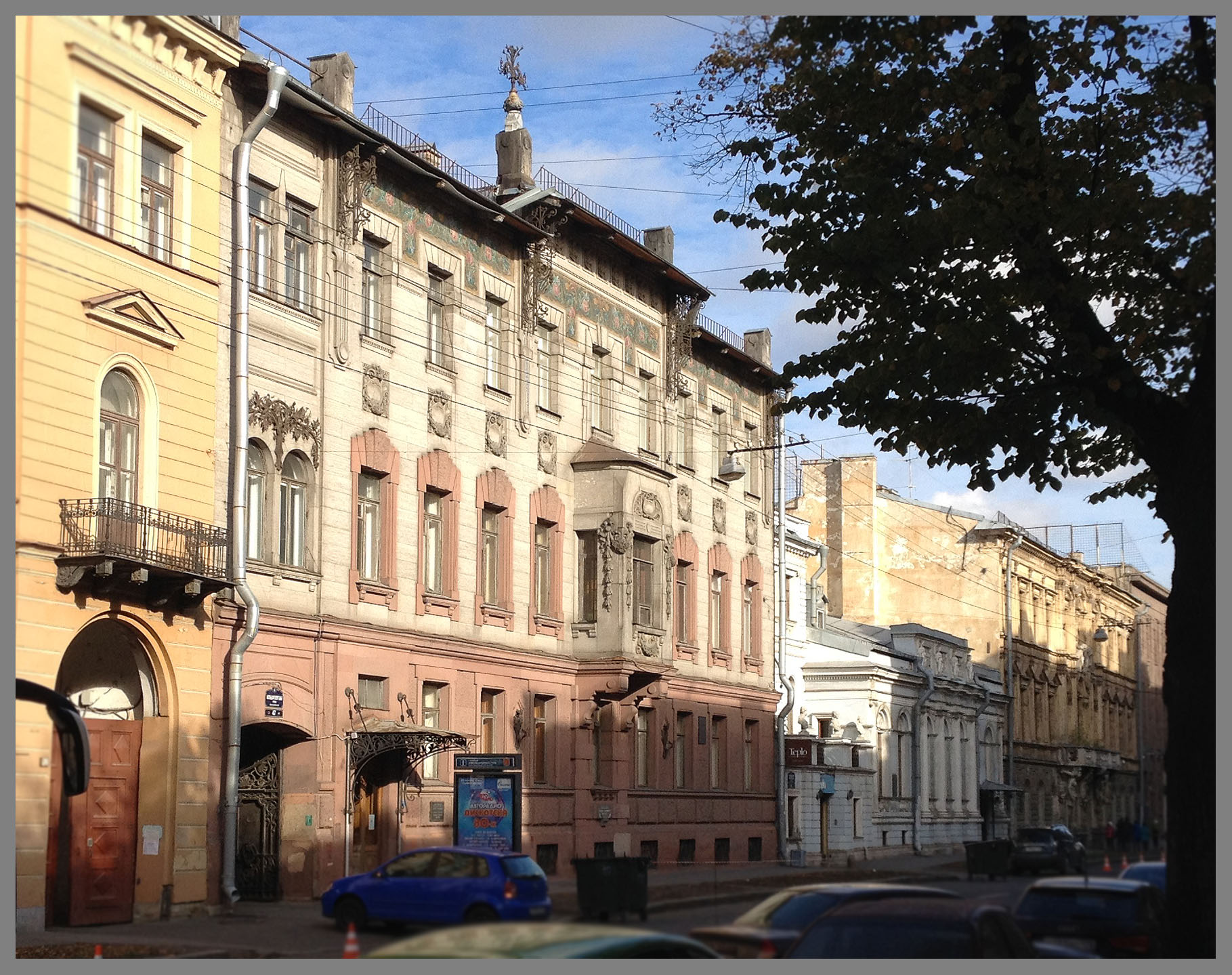 Love, hate or shudder in barely restrained disgust — no matter how you feel about Lolita, you’ve definitely heard about it and the nymphet stereotype it spawned.

Curious about the man behind the divisive novel?

Vladimir Nabokov is long gone, but the grand house that he grew up in thanks to his wealthy family, and referred to as ‘paradise lost’ in his autobiography Speak Memory, still stands as museum — filled with family photographs, first editions of his books and parts of his extensive butterfly collection.

Perhaps the latter explains his fascination for fragile, beautiful things that crumble at the slightest touch. Nabokov.museums.spbu.ru/En/

Towns dusted with magic, where everyone knew everyone else, that came alive in a mess of chaos and colours, overrun with familiarity and fantasy — if only one could meander through the streets that Gabriel Garcia Marquez dreamt up.

The closest you can get to living out your own 100 Years of Solitude is by visiting the meticulously recreated family home of the writer.

The museum features panels (in Spanish) describing various scenes from books that were set there, his typewriter and dictionary.

Go for the coffee, stay for the clouds of nostalgia. 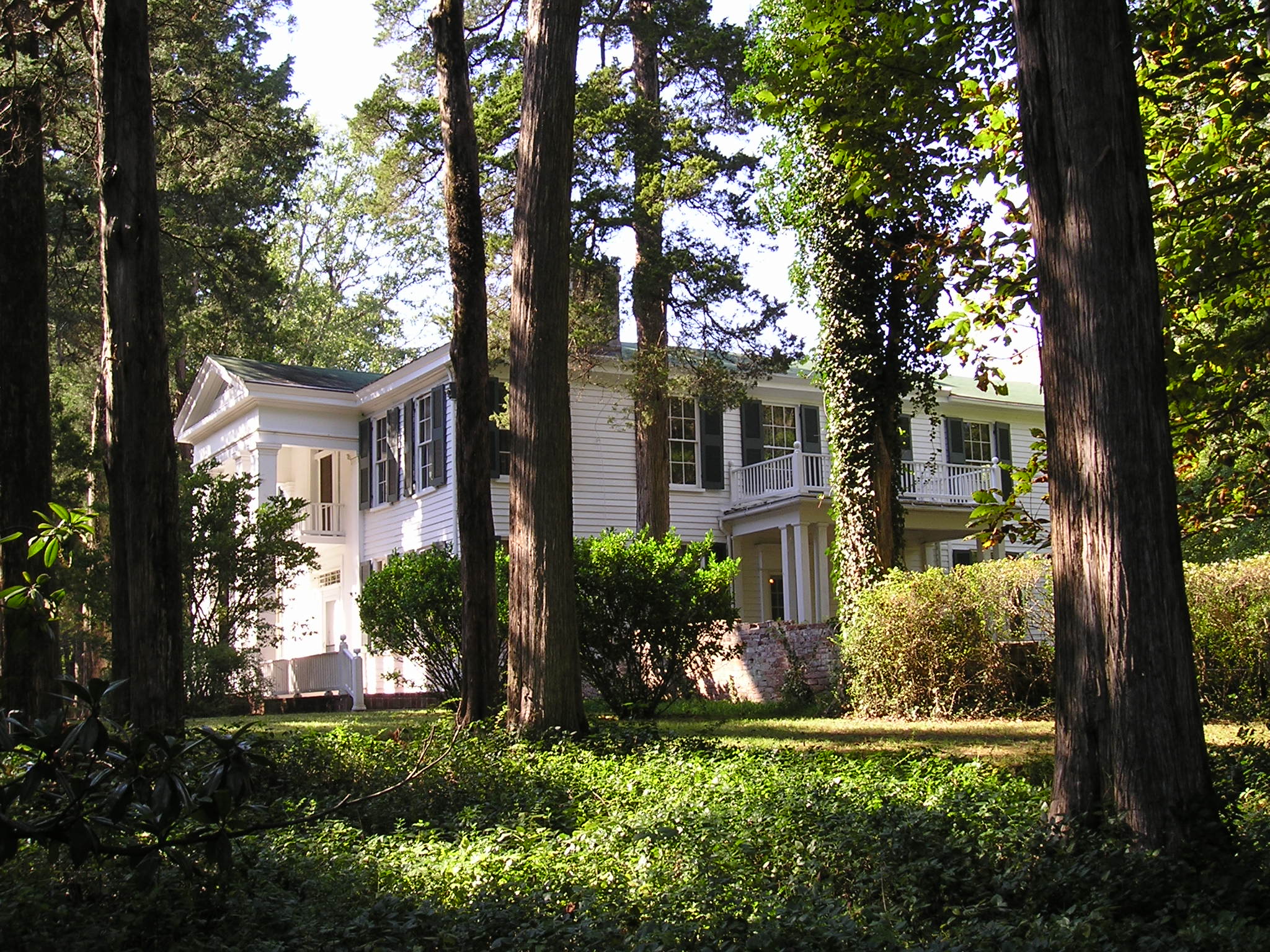 By day, the walkway lined by trees leading to the Ujala white home is the stuff rom-com picket-fence dreams are made of.

By night, the looming shadows tell a whole different story.

Perhaps this inspired William Faulkner’s stories of the beautiful Judith Shegog (the Shegog family had built the home in 1844) whose ghost would walk from her upstairs bedroom and out to the grave on every anniversary of her death.

If the apparition isn’t enough to lure you into the Greek revival house that the Nobel Laureate called home, go for the story outline of A Fable, penciled in graphite and red on the plaster wall of his study and the eerie feeling that Faulker could walk in any minute.

Nothing has moved — furniture, books, typewriter, kitchen appliances, and perhaps the ghostly figure he talked about. Rowanoak.com 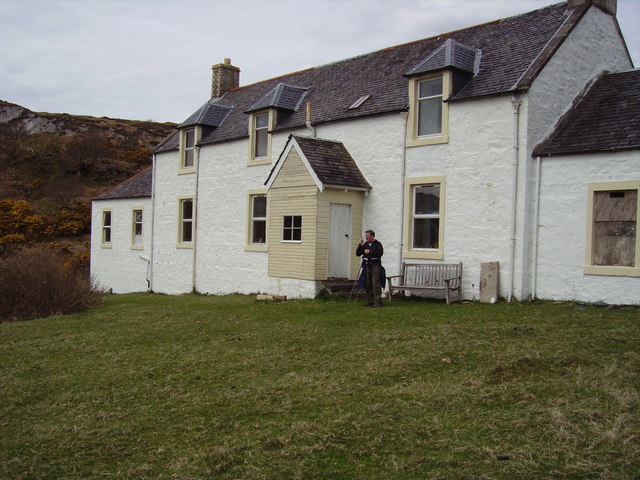 1984 should be mandatory reading for all politicians, including our own (not for inspiration, but as a word of caution).

I’d even recommend a weekend away at the very isolated Barnhill, the cottage George Orwell stayed at while writing the novel.

The privately-owned white farm house, set literally in the middle of nowhere (you’ll still need a boat or a 4×4 to get there), is available for rent — if you’re so done with everyone’s shit or simply want to spend a summer surrounded by endless greenery, chasing down inspiration like Orwell did.

It’s also very old school — a generator supplies electricity, the small refrigerator is gas-powered and heat is provided by a coal-fired Rayburn.

Leave that Dyson dryer at home, and carry along a fountain pen. Escapetojura.com/Barnhill.html 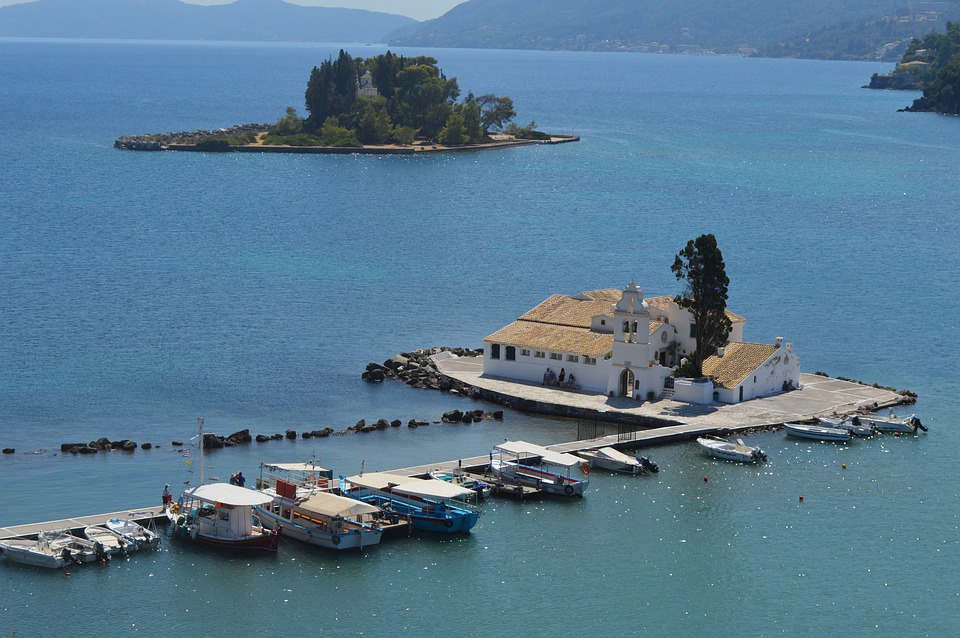 The blue Ionian sea, sun-drenched olive groves, a ‘lake of lillies’ — you don’t have to be a book nerd to be enticed by the Grecian island of Corfu that British naturalist and author Gerald Durrell grew up in.

The Durrell family rented three homes on the fringes of Corfu town — the Strawberry Pink Villa at Perama, the Daffodil Yellow Villa near Kontokali and the Snow-White Villa at Cressida.

The private homes are now pilgrimage spots for Durrell enthusiasts. The old home of Durrell’s mentor Theo is marked by a plaque and you’ll find a bust of Durrell in a park next to the medieval fortress.

No museum could give you a tour of Durrell’s memories like walking through the Corfu he knew, with his books as your map.

Retrace his steps but steer clear of bottling up insects to take home. It didn’t always end well for Durrell’s family and friends. 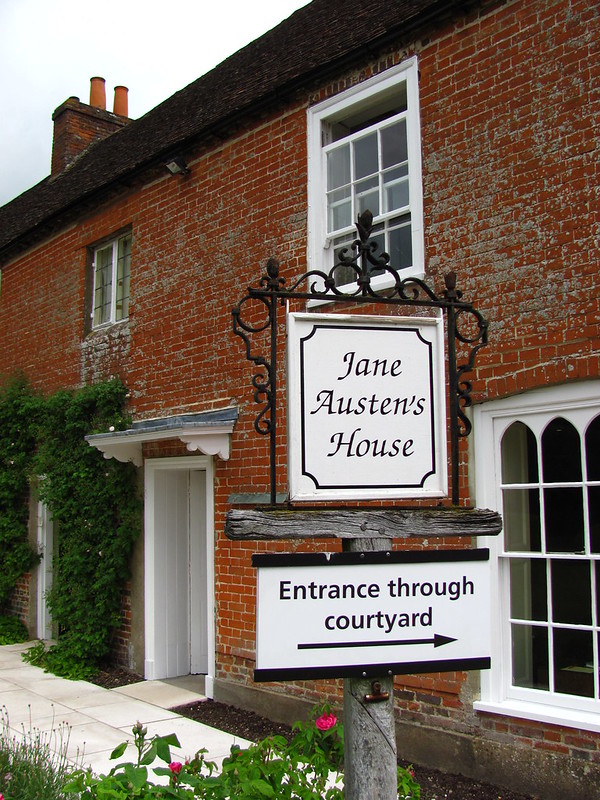 Long before IGTV tours, #whatsinmydabba hashtags and ootds, remains like a silk pelisse (that hints to Austin being slender and tall, at about about 5ft 8in)— helped piece together the person behind icons we so admired.

A meander through the home she lived in for the last 8 eight years of her life gives you a quintessentially English experience —  the brick cottage set in a lush garden houses handwritten letters and her writing table, among others.

While you may be tempted to pocket something from her jewellery collection, give into our Persuasion, and sensibly head down to the museum shop of the most treasured Austen site in the world. Jane-austens-house-museum.org.uk 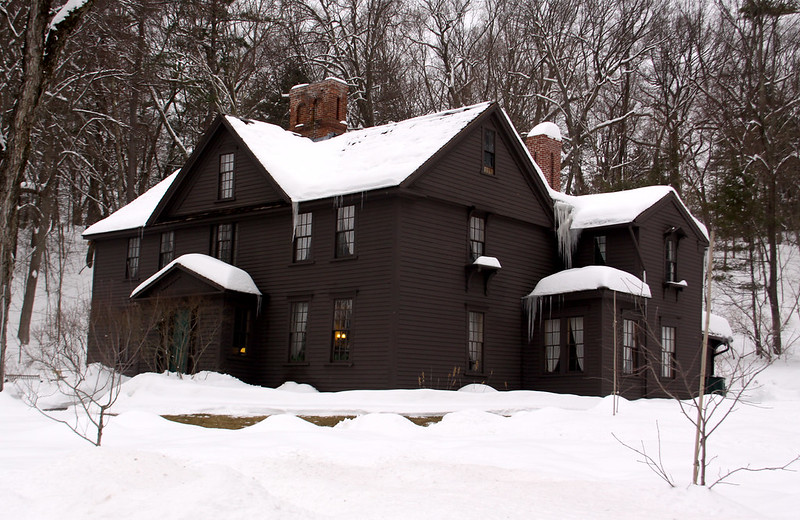 Be honest — you’ve taken at least one quiz to find out which March sister you are. Or drooled over Theodore.

Louisa May Alcott, the author behind the coming-of-age story set her most famous book in Orchard House, her family home.

Today, the home has been preserved as an homage to the author and, through guided tours, invites bookworms to get acquainted with the family members, household items and even May Alcott’s bed chamber.

Don’t miss the special “shelf desk” built by her father that she’s alleged to have written the book on. Rub it three times for good luck.

JK, don’t touch it, it’s a piece of history. Louisamayalcott.org 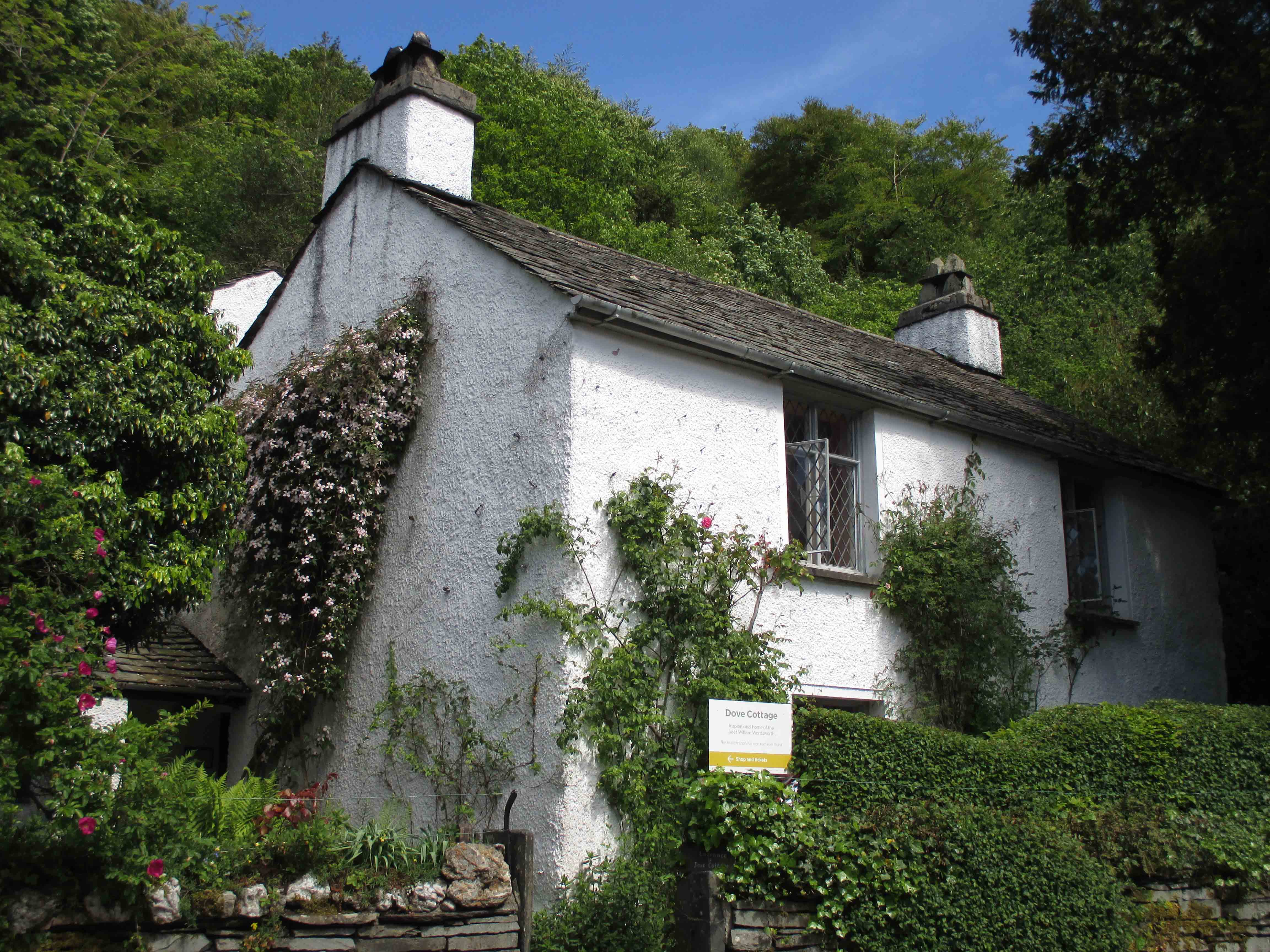 William Wordsworth has given us way way more than just poetic picture captions for our social media uploads.

Then again, not all of us have lived in a beautiful cottage in the postcard-perfect Lake District, surrounded by ‘snowdrops in winter, daffodils and bluebells in spring, an abundance of wildflowers through summer’.

Largely untouched, Wordsworth’s home, Dove Cottage, the garden and the Wordsworth Museum are all open to visitors today.

When the threat of World War III looms over us like an over-eager matchmaker pouncing on a single woman, how can you not want to visit the valley that he called the ‘‘calmest, fairest spot of earth?’ Wordsworth.org.uk 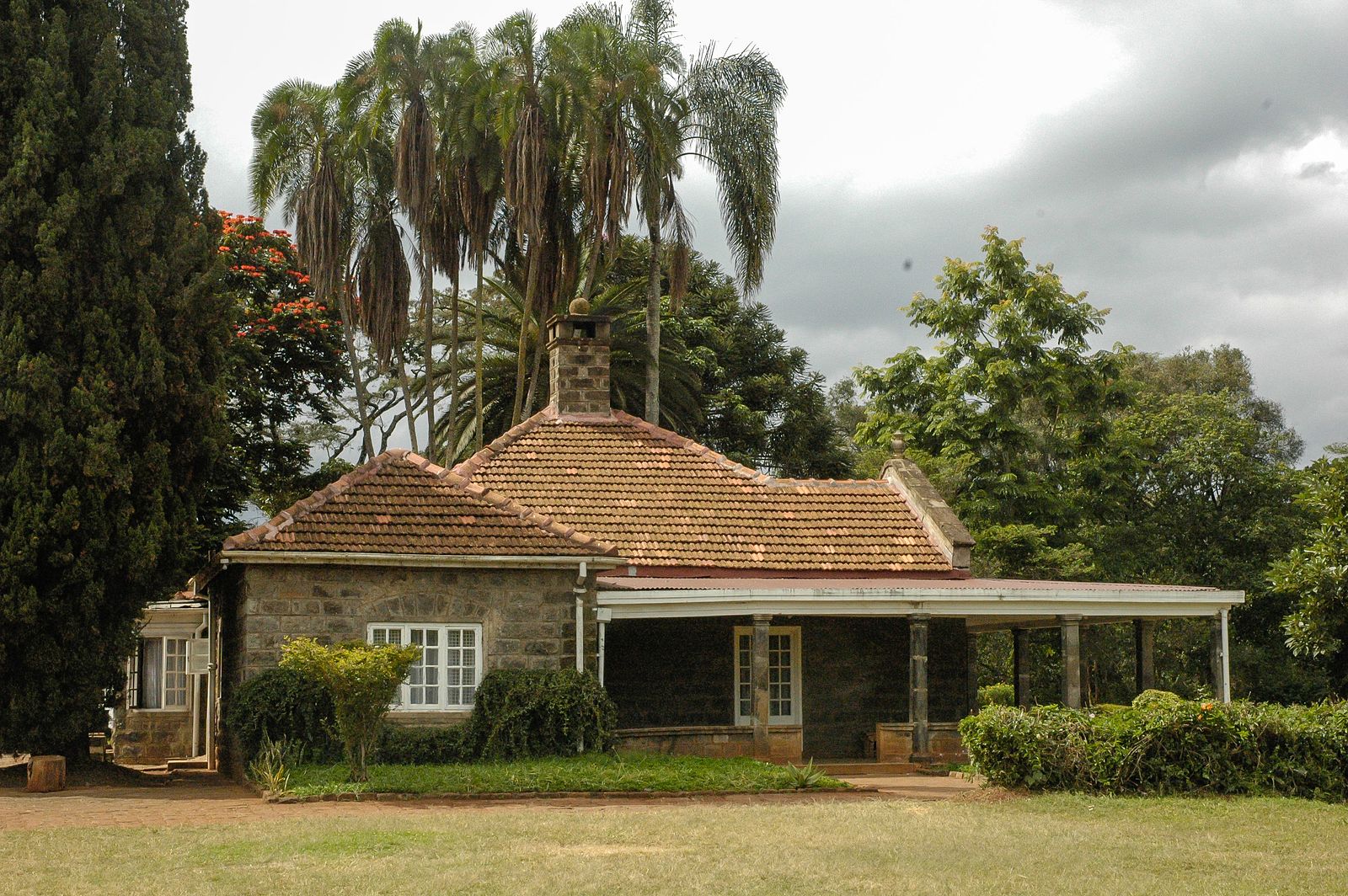 In her book Out of Africa, Danish author Karen Blixen (pen name: Isak Dinesen) chronicled her real-life story of living on a coffee farm in Kenya.

Even if you haven’t read the book, it’s likely you’ve watched the film starring Queen Streep and Robert Redford.

If you haven’t, do — and it’s likely you’ll feel the urge to retrace her steps, as you stare out at the sun setting over the African landscape, lost in melancholic thought.

Luckily for you, the writer’s home was opened up to the public as the Karen Blixen Museum, filled with furnishings and memorabilia belonging to her and her lover. Museums.or.ke/karen-blixen/ 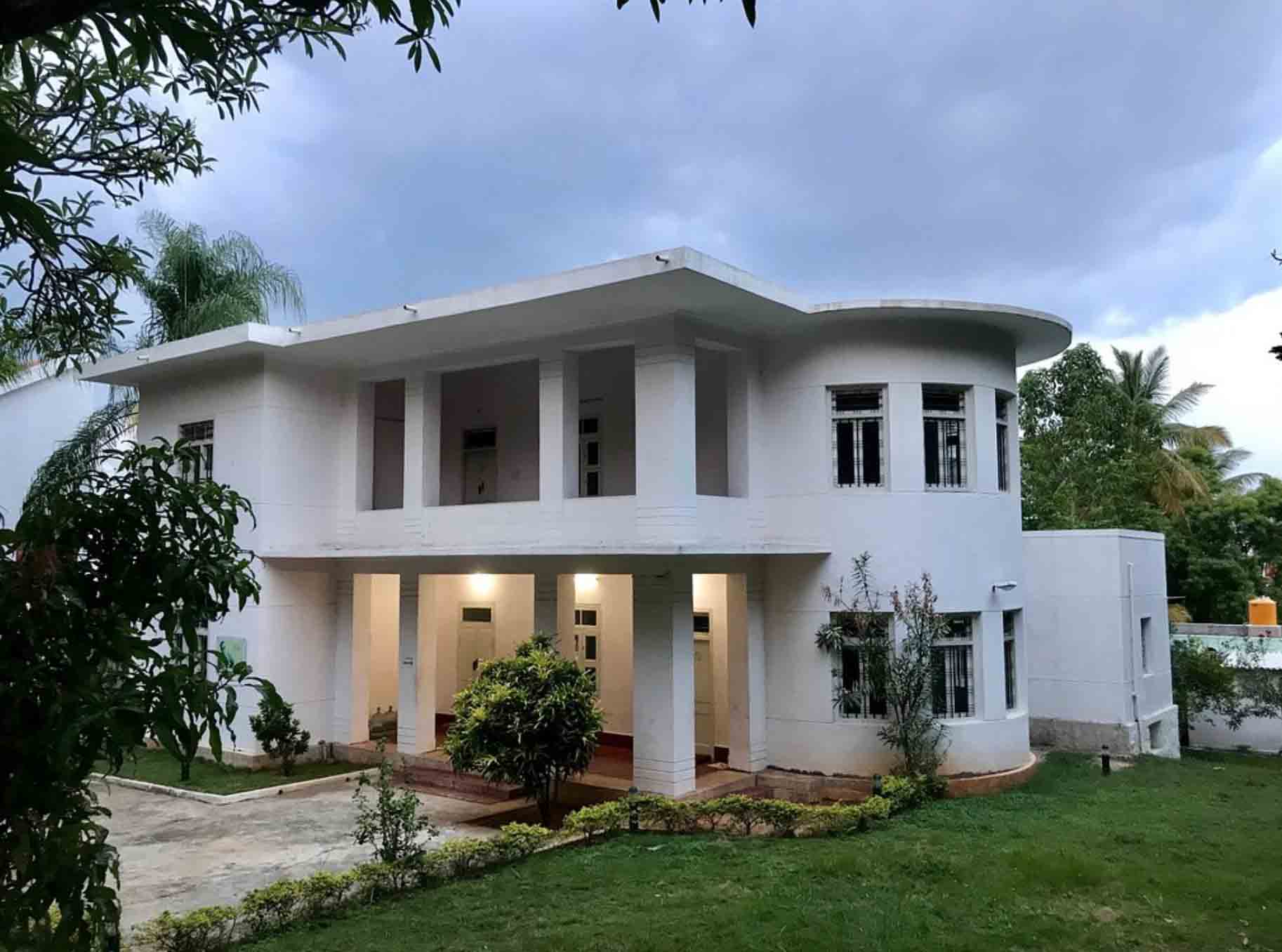 Situated in Yadvagiri in Mysuru, the home where Narayan spent nearly four decades was opened to the public as a museum in 2016.

You will find everything from the books that he wrote, the desk and chair he used, his clothes, his awards, and photographs documenting his life here. Museumsofindia.org/museum/436/rk-narayan-house