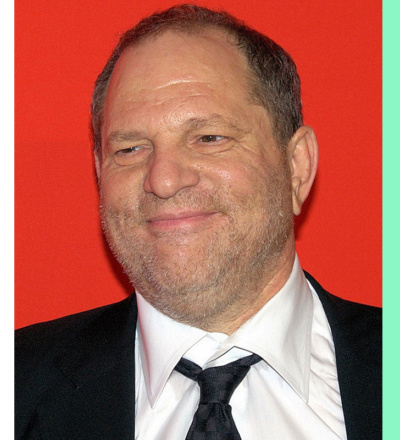 Their exposé took #MeToo global. Now, their book 'She Said' reveals how it all went down

The She Said book detailing the fall of Harvey Weinstein has all the makings of a great mafia crime thriller. There’s a big bad boss ruling over his fiefdom with an iron fist and wandering hands. His lieutenants make sure everything runs smoothly. Undercover spies follow your every move. Willing and unwilling accomplices and informants on the inside, terrified of being found out. Late-night meetings, shakedowns, threats, secret settlements and stand-offs abound. Two investigators navigate through Hollywood’s gritty underbelly of hushed conversations and well-kept secrets. But there’s nothing fictitious about it.

It’s been over two years since Jodi Kantor and Megan Twohey published the now-infamous Harvey Weinstein story in The New York Times. Sitting with the Pulitzer Prize-winning duo’s book She Said: Breaking the Sexual Harassment Story That Helped Ignite a Movement in my lap, I was smacking myself for volunteering to trudge through the story, the facts of which I thought I all already knew. I could skim through the book, I told myself. Having closely followed the lurid details of the story across news outlets, skipping past already known information should shorten the reading time, right?

I was right, She Said was a fast read. What I was wrong about were the self-congratulations for already knowing the Weinstein story enough to coast through it. It was a fast read because I couldn’t put the book down. If Kantor and Twohey’s article was them putting together puzzle pieces to show us the complete picture of Weinstein’s decades of harassment and cover-ups, this book is like the manual that comes with the box (except not boring).

Kantor and Twohey’s article gave the Me Too movement, founded by Tarana Burke, a whole new scale via social media. Accounts poured in from around the world. Seeing someone as big as Weinstein being finally outed gave others the strength to believe that people in power may finally be held unaccountable.

The details of the book are riveting. Kantor and Twohey take readers through the process of late-night drinks with sources and following paper trails across international borders. Their research, fact-checking and re-checking is painstaking. This isn’t a story about every horrible thing Weinstein allegedly (since he’s still facing trial) did. They knew that the only way to take down someone whose harassment and abuse had been known but sheltered for so long was hard proof, not a ‘she said-he said’  situation that could get dismissed and spun by the media to support the powerful. They zeroed in on the cash settlements between Weinstein and various women. This system within which he worked and thrived on draws immense scrutiny.

Any female reader can empathise, based on our own rape schedule – the conscious decisions and alterations we make just to avoid assault and harassment. Travelling in groups, carrying pepper spray, covering up and returning home before sundown.

Many women are featured in this story. The famous names, one who spoke on the record like Ashley Judd and the apprehensions of others to remain unnamed like Gwyneth Paltrow and Rose McGowan. There’s no judgement in the writers’ words for the latter. Their fear is palpable and the need for strength in numbers understandable.

The true heroes you woohoo out loud (warning, rickshaw drivers may be startled by your sudden proclamations) in She Said are women like Zelda Perkins and Laura Madden. Regular working women that found themselves in a clutches of Weinstein. Perkins, who defied a strict and very specific non-disclosure agreement to speak with the reporters. Madden, on the other hand, was a single mother facing a second mastectomy when they tracked her down.

She Said presents to readers the culture within which Weinstein functioned. Where he was bribed with money from his own company to stay on ‘good behaviour’ like you would a child to finish their sabzi with the prize of dessert. The team of lawyers and high-positioned employees who left his actions unchecked for the sake of the company. The controlling nature of settlements where women weren’t allowed to speak of their experience to anyone, even medical professionals, at the risk of legal action. One of the surprise twists comes in the form of Lisa Bloom, an American civil rights attorney championed for representing women in cases of sexual harassment. Daughter of renowned women’s rights lawyer Gloria Allred, Bloom’s role here takes on that of an unknown villain with She Said featuring a proposal she made to Weinstein on how to protect himself while starting a media smear campaign to discredit Rose McGowan as unhinged.

Kantor and Twohey present the facts but there is no clear resolution. That’s the nature of the Me Too movement and the ambiguity in the laws. They pose some important questions: Is it too much or too little? Is it enough to take down a bigwig? Will the movement and real on-ground changes ever reach the institutions where women need it the most? What exactly is justice when it comes to cases of assault and sexual violence, and will it ever be intersectional for women of all backgrounds?

You’re left with a lot to think about when you put this book down. The pressure faced by everyone in the Times team as well as the sources is almost tangible through Kantor and Twohey’s words. The book is an ode to real investigative journalism and its power. The lengths reporters go to, to get the facts, save their records, protect their sources and themselves. She Said serves as a legal and cultural case study of the Me Too movement and investigative journalism that should be required reading for all — not to mention a harsh, visceral reminder of the reality women have been living in for decades.