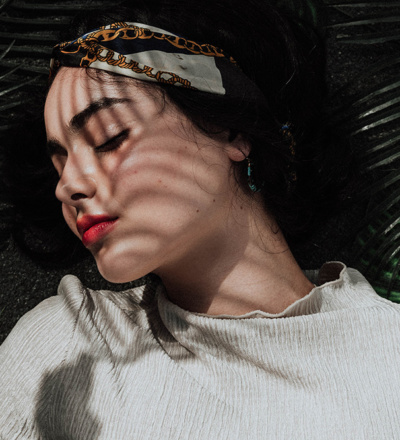 Don't feel bad about not getting your steps in, Fitbit says all Indians are lazy

Wellness trends come and go, but we love a good body detox and reset. Whether it’s looking to Ayurveda, intermittent fasting or giving up sugar. Staying healthy has evolved into more than just wanting to squeeze into those 26″ waist skinny jeans, but we can also lose ourselves in all the craze of clean living, #fitnessinspo, Instagram-worthy pictures. Don’t let health-conscious Harman getting those 10,000 steps today by going up and down the office stairs make you feel guilty because, according to Fitbit, most people aren’t.

Their study says India is the ‘least-active’ country among 18 that they surveyed. This included the US, UK, Japan and Singapore. We’re meeting an average of 6,533 steps daily. Which, honestly, isn’t bad either.

The Fitbit report stated, “Indians are the least active and log in only 6,533 steps daily, the least among all 18 countries which is 3,600 steps lesser than the average of the most active country — Hong Kong.”

According to Fitbit, we’re also not sleeping very well. Which make sense considering the constant noise of city life, from the band-bajaa on the road to the 1-hour train commute just to get to work.

In this age of hustle, it’s not surprising that we’re sleep-deprived and have no time to think about wellness. So we decided to get creative to help you meet those fitness goals and shake out of this sludge. 10,000, here we come!

1. Use the office stairwell – Use your lunch breaks to get in some exercise in the office stairwell. It’s usually the place where your colleagues go to sneak a cigarette or let out some pent-up gas. Take a quick glance up and down so that you don’t startle someone. With every step, you can finally scream out all the things you wish you could say to your boss for some added motivation.

2. March your way to clean teeth – You can practice your left-right-lefts in place with each swish of the brush. What was once annoying during school Sports Days can now be your path to health, both physical and dental.

3. One Netflix binge to-go, please – Another 2-in-1 deal. Use the Netflix app on your phone and get those steps while walking around the house. You can pretend you’re looking for the best WiFi spot if someone catches you carrying around your laptop while watching a show. Maybe get some arm exercises in too. While we do love to skip our recaps and end credits, these can serve as your breaks in between episodes to rest.

4. Make the most of phone calls – Some people already have that annoying habit of pacing up and down, and around the house when they’re talking on the phone. Be the shadow to their Peter Pan. You can get your steps and serve looks of disdain at the same time.

5. Shopping with perks – Heading to the mall? Each time, you add a shopping bag to your carry-ons, take a lap around the lot. You’ll end up curbing your spending because you’re tired. Or you’ll increase your fitness and also get those boots you’ve been eyeing for a while.