Chrissy Teigen breaks silence after suffering a miscarriage, describing the painful details in a heartfelt essay

The American entrepreneur and social media mogul mourns the loss of her third child, Jack

Three weeks ago, American entrepreneur and social media star Chrissy Teigen tweeted these gut-wrenching words, revealing to the world that she’d had a miscarriage, “Driving home from the hospital with no baby. How can this be real”.

Today, in an emotional essay shared via Instagram, she highlighted ‘Partial Placenta Abruption’ as the cause and described in intimate detail the physical trauma and emotional upheaval she went through as she came to terms with the loss of her baby, Jack.

Teigen, who is married to musician John Legend with whom she shares two kids, Luna and Miles, was pregnant with their third child. She had initially shared a lengthy Instagram post that detailed how hard the doctors tried to save their baby before they bid him goodbye.

“We are shocked and in the kind of deep pain you only hear about, the kind of pain we’ve never felt before. We were never able to stop the bleeding and give our baby the fluids he needed, despite bags and bags of blood transfusions. It just wasn’t enough,” she wrote. 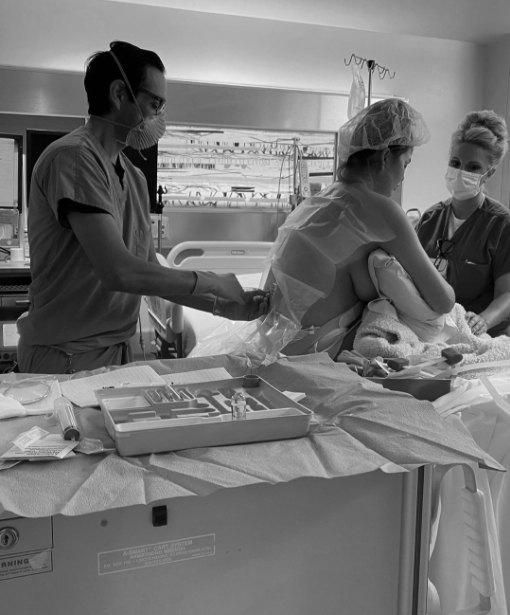 “We never decide on our babies’ names until the last possible moment after they’re born, just before we leave the hospital. But we, for some reason, had started to call this little guy in my belly, Jack. So he will always be Jack to us. Jack worked so hard to be a part of our little family, and he will be, forever. . . To our Jack — I’m so sorry that the first few moments of your life were met with so many complications, that we couldn’t give you the home you needed to survive. We will always love you.”

What is Placenta Abruption?

The placenta normally detaches from the uterine wall after you deliver your baby but in placental abruption, the placenta detaches too early and this can cause complications, because your baby may not get enough oxygen or nutrients.

Dr Sumi Chopra of Raipur Institute of Medical Sciences shares that this is a condition that occurs in 1-2% of all pregnancies, and 20% of all third trimester bleeders. Risk factors include being older than 35, being pregnant with multiple babies, having a history of high blood pressure or previous abruptions, and more.

Placental abruptions are diagnosed via physical examination and ultrasound, and can be mild, moderate or severe. Bleeding can also be symptomatic of other conditions. According to consultant obstetrician and gynaecologist, Dr Sreeja Rani of Manipal Hospital Whitefield, bleeding in the first trimester occurs in 20 per cent of women (that is two, in 10 women), and it is at this early stage that you must go consult a doctor to find out what it is indicative of. 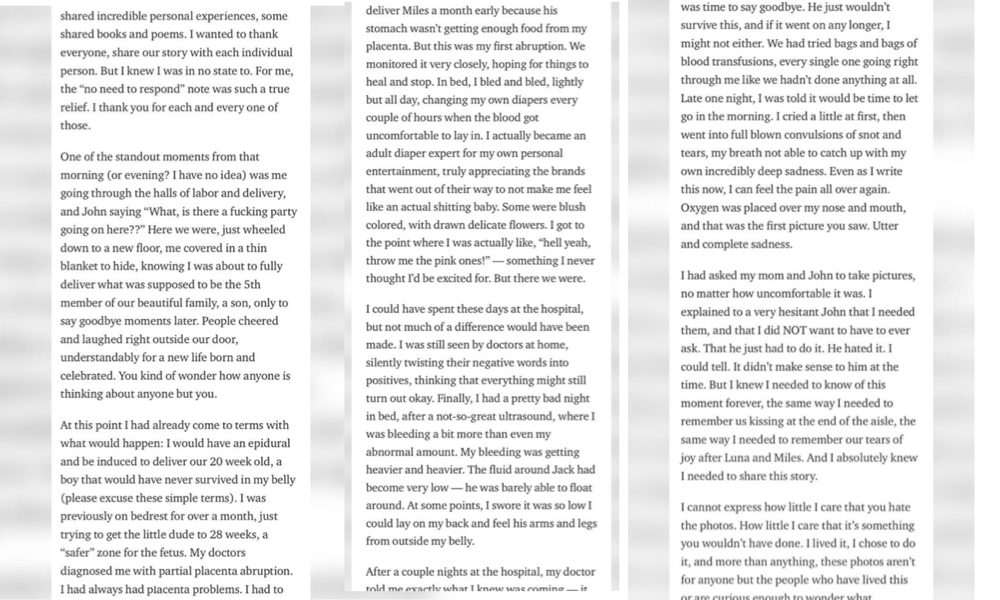 In Teigen’s case, as she described in her post, she always had placenta problems, but this was the first time she had an abruption. As a consequence, she grappled with constant bleeding, even needing adult diapers to help her through.

Even after weeks of bed rest, and constant monitoring by doctors, Teigen’s bleeding was getting heavier, and ultimately affected fluid levels around the baby. Going through one blood transfusion after another, Teigen had no choice but to induce delivery at around 20 weeks. Her son was born too premature to survive life outside the womb. 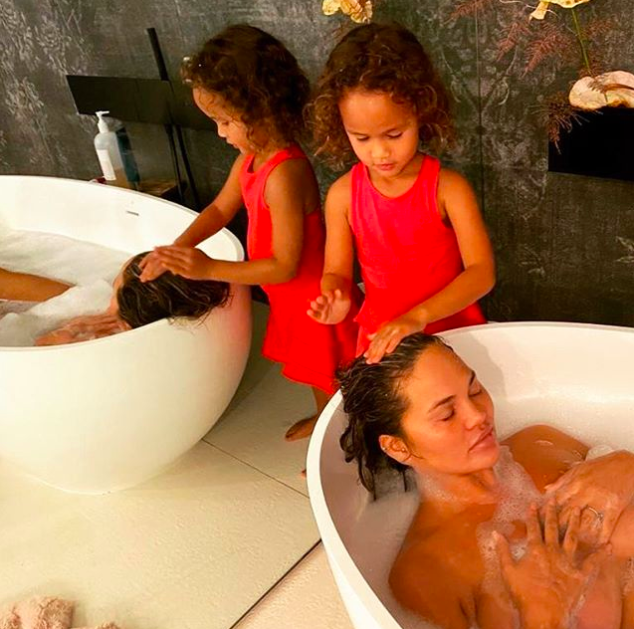 With her unfiltered honesty and willingness to talk about even the most difficult and dark moments of her life, Chrissy Teigen once again shines a light on subjects most often swept under the rug. Especially those concerning women’s health.

It would have been easier for her to grieve privately, but in sharing her pain, she offers solidarity to the thousands of women who suffer the physical and emotional turmoil of miscarriage. Because while we’re more than happy to talk about the joys of pregnancy, the trauma associated with miscarriage is a decidedly less exciting subject — even though, according to the World Health Organization, 2.6 million babies are stillborn and an estimated 85 percent of miscarriages happen before the 12th week of pregnancy every year.

That is a world full of families who are going through the trauma of losing a child. And Chrissy Teigen, through her words, highlighted just how common an occurrence it is, and the importance of vocally supporting each other through this.

“Every day can’t be full of sunshine. On this darkest of days, we will grieve, we will cry our eyes out. But we will hug and love each other harder and get through it.” 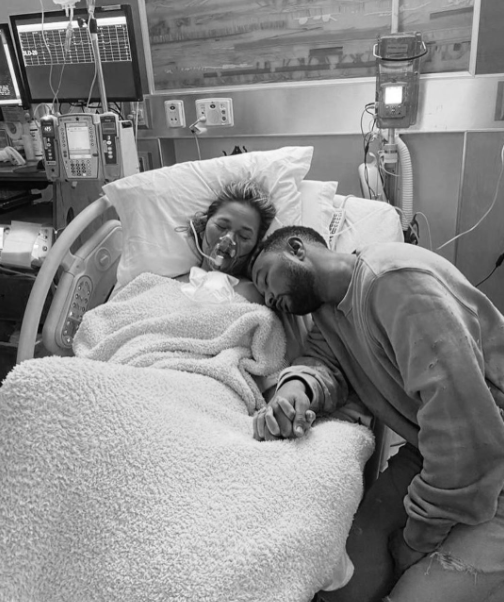