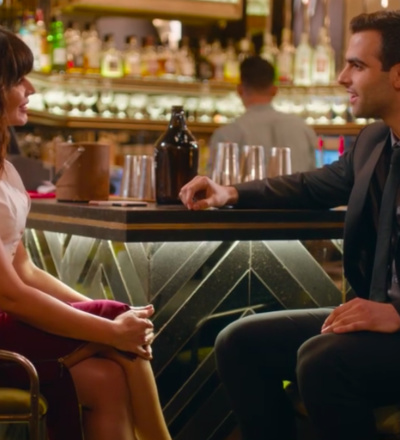 The truth about dating as a single mom in India

I’ve seen a lot of confused faces when I talk about dating as a single mom. You’d think I was trying to explain quadratic equations to them… in Sanskrit.

When do you have the time? Doesn’t Akshita* need you?

I felt a lot of the usual mom guilt we women feel. How dare I give some attention to my appearance and hopping loins. I’m a bad mom because I want to spend a night out with someone from the opposite sex?

Every well-wishing aunty and their cousin has asked for my janampatri. “We’ll find you another husband.”

I’m not looking for a new husband. I just wanted to eat some bhel puri, chatting about my favourite books and get steamy.

I didn’t date a lot when I was younger. I met my husband in college. It was a love-cum-arranged marriage and when my daughter was born, I was the happiest mumma in the world. Sometimes marriages don’t work out and we went our separate ways amicably.

I know I’m among the few who is still on decent terms with their former partner and successfully co-parenting our 6-year-old.

I have a small interior design company and as my own boss, I’ve been managing working and motherhood by being able to give the latter more of my attention. My daughter is the love of my life but I wanted more for myself. I wanted date nights, movies, dinners and sex.

The dating concept is still fresh for anyone over the age of 40. As a 43-year-old single mother, I knew my options would be limited. We’ve all heard the dating horror stories, but I’m an optimist.

I’ve met some nice people and had entertaining nights, some duds too. I’m still trying to navigate dating as a single mom, but I’ve learnt some valuable lessons along the way.

Take the time out for yourself

If you’ve decided to start dating, you’re going to have to take the time out for it. I can be a little bit of a hot mess, between working and bringing up my daughter. I’ve had help from my parents through it all. From Monday to Friday, I’m in complete mama mode. But Saturdays are my own. To go out, meet people, or even just spend some time by myself.

On alternate weekends, Akshita stays with her father, and if not, she has a sleepover at nana–nani‘s house.

Trust me, I know how difficult it can be.

In the beginning, I would have a lot of tension about leaving her, but both my parents have been very encouraging of me putting myself out there. I’ve been lucky that way.

On Saturdays, I’m just me, not a mother, or daughter or ex-wife . If you’re going to do this, then you have to make it a part of your routine and try and change your mindset by disconnecting between what you want as an individual and as a mother.

Then once you get comfortable in this new space, you can try merging the two, because both these sides are who you are and disconnecting one from the other doesn’t work long term.

My first tryst with dating was when my friend set me up with her co-worker. A nice man overall, but clearly didn’t get the memo that he was going on a date with a single parent.

I was halfway through my bowl of ramen when he spotted my phone light up with a notification and he saw my wallpaper. “She’s so cute, is she your niece?” I think his heart skipped a beat when I mumbled she’s my daughter with a mouthful of tofu.

If it’s not through your own personal network of people, don’t be afraid of online dating. For a long time, I sidelined the apps assuming it was a millennial thing that would never work for me.

Sure there are plenty of people to swipe left on, but some Mr. Rights come along, even if it’s just for some witty banter.

Going through an app made me feel more at ease. Having those initial few conversations can help create a connection but also clear up any confusions about what you want.

Know what you’re looking for, and make it known too

When you’re dating as a single mom, people automatically assume you’re looking for a new father for your child. That may be the case, but for me, it really wasn’t. My daughter has a father who she has a relationship with.

When I’d tell prospective dates I have a daughter, many of them got skittish, assuming I’d want a commitment from the get-go. But I didn’t. I was looking for someone to go out with, have fun with and that’s the message I put out there.

Some men I met were understanding and accepting about single parenthood.

I’ve put it in my Tinder bio and clearly told anyone who’s suggested setting me up with someone – “A single mom not looking for a husband (unless you’re Hugh Grant).”

I’m a ‘cards on the table’ kind of person, my mother prefers to call me an oversharer. But when it comes to my daughter and my past marriage, I’m a lot more controlled.

When you meet a single parent, it’s natural to be curious about how they got to singledom. I felt a kind of pressure to justify the end of the marriage. That I’m not a crazy lady that drove my husband up the wall, and worthy of dating. I had to make myself seem like less of a burden by lightening up my life circumstances.

“But why?” a friend genuinely asked me after I was done complaining about how I derailed a previous date with way too much information. I was pretty stumped and didn’t know how to answer it which really got me thinking.

People (myself included, in a way,  if I’m being honest) tend to think that because you’re a single mom, you’re desperate for another person to come in and unload all those responsibilities you have.

But I loved being a mom, single or not. When that shift happened in my mind, I felt the power dynamic change in my next outing with a man. I didn’t need this other person to change anything for me, I am perfectly fine as is.

One day I asked my ex-husband to pick up Akshita a little earlier than usual. “Oho, you’re going on a date again?” he exclaimed, half-surprised, half-poking fun.

When he got remarried, no one seemed to bat an eye. We had been divorced for four years. Because it was a marriage and not a casual relationship, everyone moved on.

“You’re out having drinks and meeting men when our daughter’s at home on her own?” Your ex-husband has as much of a say over your dating life as you do over national policy-making.

There were ‘rumblings’ in our friend’s circle that perhaps I was having a midlife crisis of some kind. Yes, my crisis was that I hadn’t had sex for five years.

It’s the usual questioning of a woman’s character over things a man would never be asked about. There’s not much you can do but grow a thick skin. There were hurtful moments where my mom guilt would creep back in, but I know my daughter would want me to be happy.

*Name changed to protect the identity of a minor.