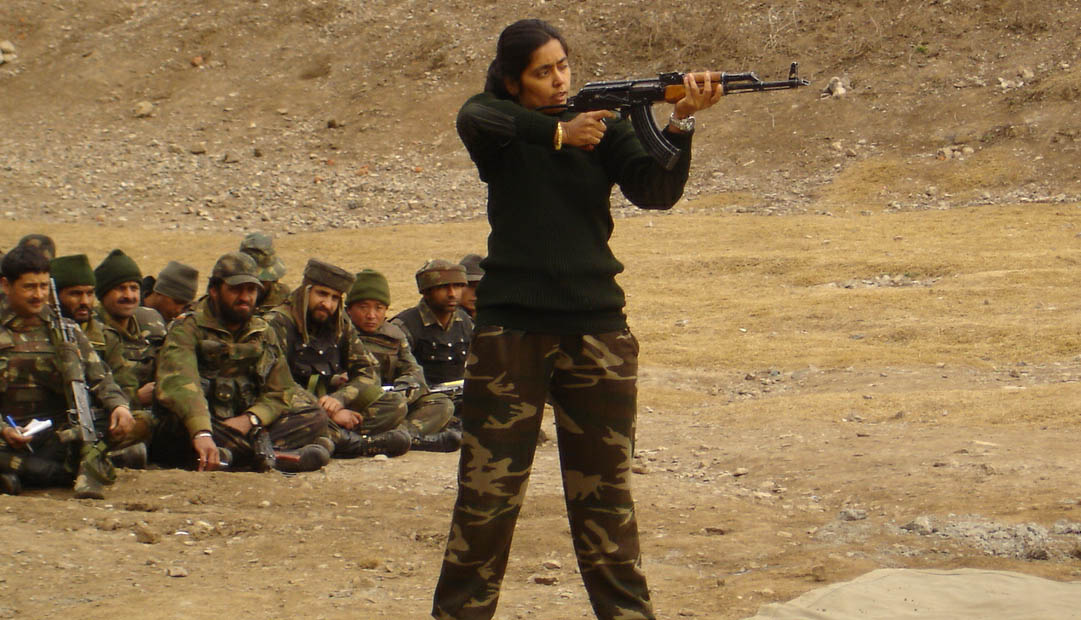 The Supreme Court orders the Indian Army to smash the patriarchy

It’s a watershed moment for women officers in khaki. Notwithstanding resilient “discriminatory” and “disturbing” objections from the centre, on Monday (February 17), the Supreme Court announced that women officers in the Indian Army can now get command positions on par with male officers.

In aam janta’s terms, at the moment, women officers are not inducted into combat arms such as the infantry, artillery or armoured corps.

But now, a woman official can rise to the rank of Colonel and above, based on merit. Like her male counterparts.

It means that she will be able to command a battalion, typically comprising 850 men.

The top court further said that even women, who have previously served for more than 14 years in the Short Service Commission (SSC) in the Army, have the option of permanent commission.

“These women are in the service of the nation and you should give them permanent commission, which will show India in a different way on the world platform,” Justice Chandrachud told the Additional Solicitor General, representing the Centre.

He added that the government’s arguments against women being elevated were “based on sex stereotypes premised on assumptions about socially ascribed roles of gender which discriminate against women. That emphasises the need for change in mindsets to bring about true equality in the Army.”

The message to the government is loud and clear: smash stereotypes, reform mindsets and give equal roles to women.

It’s taken a while for this change, but India has been at the forefront of promoting female leaders, in many ways.

Way back in 1966, Indira Gandhi became the first woman to lead our country. She was second only to Sri Lanka’s Sirimavo Bandaranaike on the world map of female leaders.

In 2003, Kiran Bedi was the first woman to be appointed as United Nations Civilian Police Adviser.

In ways, the army was the last line of defence, pun intended, for women to conquer on their road to gender equality.

The case was first filed in the Delhi High Court by women officers in 2003. Although they received a favourable order in 2010, the decision was far from implementation. The judgement was further challenged in the Supreme Court by the government.

Albeit slowly, it was inevitable for the ultimate boys’ club of the Indian Army to get the gender equality update.

People hold the US army and their employment of women as female combatants as a prime example. However, they don’t deploy women in direct infantry combat either.

While our government fears that women are physiologically unprepared to go to the warfront, Israel has conscripted military service for all her citizens, men and women. Men must serve in the Israeli Defence Force (IDF) for three years, while women have a two-year stint. There’s no escaping.

In 2018, Britain’s defence secretary Gavin Williamson lifted the ban on women serving in close combat ground roles in the UK military. The move put an end to inequality on the front line of Royal Marines and Special Air Service.

A varied degree of gender disparity is widespread across foreign armies, but we hope that the implementation of Supreme Court’s decision will bridge the gap, at least in the Indian army.