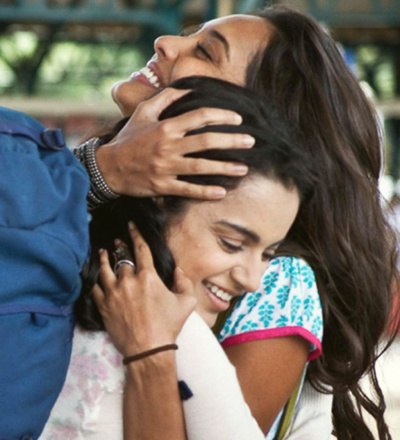 Who needs a snuggle buddy?

Part of a global network of cuddlers, 36-year-old Pragya* Pandya was always an empathetic shoulder for friends to cry on. But while studying psychology in San Diego, she found herself at a ‘cuddle party’ during her second year at university in 2002.

“It was surreal. People were warm and welcoming. Someone was crying while a stranger hugged them. There was an emotional peacefulness in the air. It was contagious and the catharsis was obvious.”

There’s some training that goes into being a professional cuddler, and platforms like Cuddlist, Cuddle Up To Me and Cuddle Companions offer certification. The agency Pandya started working with in late 2005 helped her understand the process of setting boundaries and understanding the needs of the clients. “I’ve never been in a situation I didn’t want to be in.”

She had her first independent ‘cuddle session’ in San Diego itself, soon after graduating.

“It was a first-year college student who was homesick, hadn’t made friends yet and wanted care and attention. I thought I was going to be very awkward that first time but I completely related to the situation. I’d been there once— far from home without anyone to support me,” she explains.

“We sat on the sofa, I put my arm around the person and just offered comfort. The client cried, told me about home, the people left behind. Twenty minutes later, we hugged goodbye. I felt elated,” she says with excitement.

A professional cuddler in India

When she returned to India in 2008, she worked with a renowned psychologist before starting her own practice. But she missed her cuddle sessions. Wanting to do more than traditional therapy, she took on her first cuddle client — her aunt’s friend.

“She had just gone through a divorce and was having trust issues. Over the phone, I could tell she was uncomfortable so I explained the entire concept to her. The first session was a little bumpy but by the third, she got her first full cuddle.”

Pandya adds, “Indian women need cuddles and affection the most. From a young age, we’re taught to cower and make our presence smaller to avoid attention and harassment. We try our best to take up as little space as we can. Cuddling, in a way, allows people to own their bodies and sensations. It opens people up.”

Now, she’s a practising psychologist and professional cuddler in Pune. When asked if the two overlap, she says “I have to keep these two parts of myself separate. During a cuddling session, I’m not their therapist, there to analyse or guide someone. And in my role as a psychotherapist, I would never indulge in such an act.”

However, she does say that her training in psychology helps her bring more to the table as a professional cuddler.

“It’s therapeutic. Some people struggle with intimacy, others have faced physical violence in the past that they want to overcome,” says Pandya.

The people she meets are through word of mouth or known to someone familiar to her. “Few people know about this side of my ‘career’,” she laughs.

The ones who do know haven’t always reacted well. “Someone assumed it was sexual, another person just said ‘yuck’. They don’t understand it and that’s fine.”

I expect the client demographic in India to feature many confused men, but “most are older women” she corrects me. “Also, professional cuddling can mean physical contact in many forms – hand-holding, hand on the arm, head on shoulder, hugs and full-contact spooning.”

Pandya also cooks and folds laundry with her clients, sometimes sits down for a cup of coffee or watches TV. “People just want human contact and companionship. There are a lot of older people, women especially, who have no other family and they’re lonely.”

She shares the story of one of her only male clients, who she meets about once a month.

The elderly gentleman’s wife passed away and his kids live abroad. While his friends and neighbours keep him entertained, he says he misses female energy.

“I make him tea, sometimes he makes it for me. We chat, watch television and hold hands.” She adds that while a lot of professional cuddlers prefer people coming to their house, she opts to meet people at theirs.

“It’s for many reasons. One, they’re in a familiar comfortable before they try this strange thing they’ve never done before. Secondly, if things go awry, they don’t know where I live and I can leave at any point.”

She adds, “I get strange messages from men who get angry when I reject their advances. They see this kind of cuddling as a gateway to something sexual. It’s not.”

Pandya always gets a copy of the person’s ID and contact details, and converses over the phone beforehand to set the parameters within which their session will be conducted. She also keeps a penknife and pepper spray handy.

Everybody needs a snuggle

Does it feel like she’s capitalising on our loneliness and need to for human connection. “If someone gets offended because their parent hired someone to cuddle, who’s the messed-up person in this case? The professional cuddler or the person who abandoned their parent?” she retorts.