9 months in an Indian jail: How Jigna Vora was reborn and redeemed

Bombay High Court acquitted the scribe of charges in the infamous J Dey murder case; she is now on a long road to recovery

Tarot reader and healer Jigna Vora has been healing people and predicting the future for the past five years. But she wonders if anybody could have predicted that a decade ago, her promising media career would come to a screeching halt when she was arrested for the murder of senior crime reporter Jyotirmoy Dey (J Dey) in 2011.

A journalist allegedly joins hands with the underworld to plot the murder of another senior scribe. Sounds like one of Ram Gopal Varma’s unfinished scripts. News flash: it was all real.

Earlier this year, Bombay High Court acquitted Jigna Vora of all charges. She had already spent nine months in Byculla jail before being released on bail in 2012, though the case would drag on for another six years. Her days in prison are a far cry from the ones you binge-watch on Orange Is The New Black. For starters, there isn’t even enough light to see your fellow inmates’ faces. Let alone shoot seven seasons.

Vora documents her days and nights in prison with immense precision in her memoir, Behind Bars in Byculla. Reading the memoir is an out-of-body experience. She talks about being asked to strip by lady constables while she was on her period as nonchalantly as she discusses bonding with Pragya Thakur in prison. Vora’s retelling of her days spent scrubbing toilets and eating food littered with strands of hair paints stark, monochrome images. But she doesn’t beg for sympathy; she’s just a reporter doing her job.

Naturally, meeting her was an exercise in constraint in ways more than one: Was there any room for humour? What if she refuses to open up? Surprisingly, she doesn’t make any attempt to camouflage herself, choosing a quiet corner in an otherwise bustling Starbucks. When she drops statements like, “when I was arrested”, “they called me a murderer”, she looks around to spot noticing eyes. 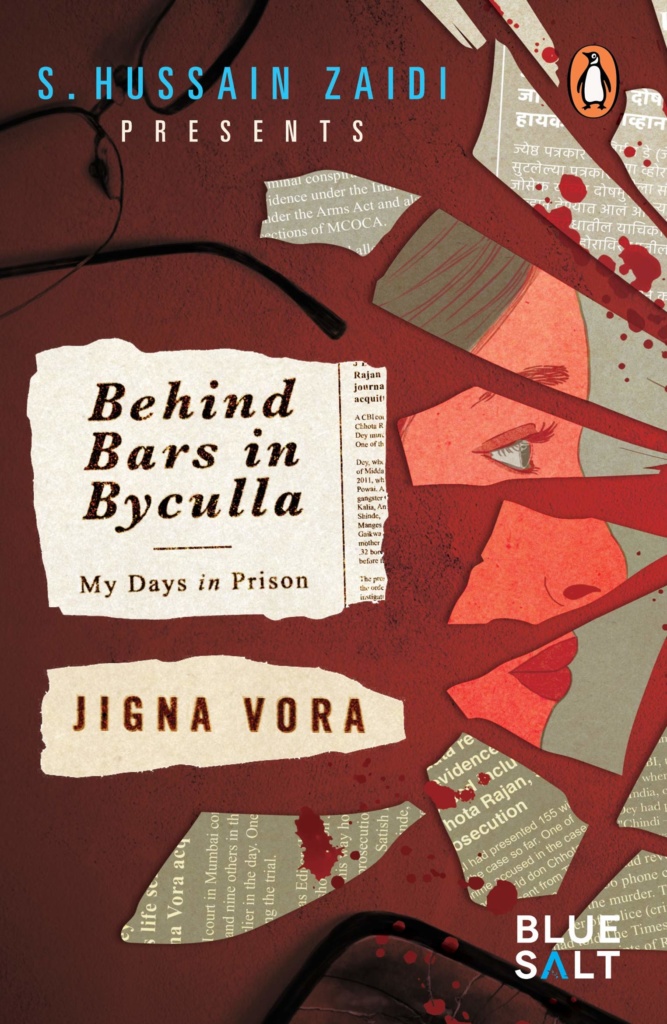 “Media and filmmakers don’t have an all-access pass. The prison you see is a diluted version,” she says. Vora confesses that she lives in a state of constant fear and lack of trust. “Sometimes when the doorbell rings late at night, I get scared. If I see people looking at me, I feel that they are judging me.”

But her days in prison aren’t all grim and dark. There were constables who would go on to become friends. She also crossed paths with some of the outliers that she had covered in her reporting. But her brightest memories are the celebrations. “Every festival is celebrated. We observed fasts on Ramadan sometimes. We celebrated Holi and Christmas. We broke into an impromptu rain dance on the first day of the monsoon. When you’re confined in that small space for months, you learn the value of life and its simple joys,” she says.

It is a daily battle, but she’s dressed to win. There’s a trishul-shaped nose ring, a terracotta pendant with the imprint of the Tibetan goddess of protection around her neck. “Instead of becoming a victim, I choose to be a warrior,” she says. Yes, there are days when she reads the newspapers and misses the rush of a newsroom. She believes there are a lot of crime stories that she would have approached and cracked in a better manner, now that she’s been on the other side. But that’s a life she doesn’t connect with anymore. It’s a closed chapter and she has no grudges or regrets. “I left the prison exactly 9 months after my arrest. It was the day of Janmasthami. I was reborn that day. This is Jigna Vora 2.0.”

WATCH NOW: How to talk to your kid about illness