This is the cheapest way to travel through India

Here’s what I don’t get about some moviegoers: When they say they walked out of a film, midway. Now why would you do that? Because the story wasn’t working for you? Watching Bollywood films only for the storyline is like walking into a restaurant simply for the food. You could order in, no? Doesn’t the ambience make all the difference?

Which is precisely what I start looking at, whenever a film stops making sense to me. With movies that permeate into your system, the setting is so much a part of the story that you do notice, but only savour those sights much later (in your head).

As is the case with Dibakar Bannerjee’s Khosla Ka Ghosla for Delhi, Sujoy Ghosh’s Kahaani for Kolkata, Shoojit Sircar’s Piku for both Delhi and Kolkata. Dil Chahta Hai equals Goa, with a smattering of Sydney, and much of Mumbai, of course. Vishal Bharadwaj’s Omkara is as Meerut as Meerut gets. And if you’re interested in touring across Uttar Pradesh, no better way to start than with Kanpur in Aanand L Rai’s Tanu Weds Manu; or better still, begin with Fursatganj in Shaad Ali’s Bunty Aur Babli. Besides, Anurag Kashyap’s Gangs Of Wasseypur or Abhishek Kapoor’s Kedarnath are great enough guides for the hamlets they survey.

That said, how about attempting a list of Bollywood films that may not be massive hits, but offer you an insider’s view that basic desi tourism might not offer? Films that take you to places that you possibly haven’t been to, and probably won’t. A movie is simply the cheapest ticket to that town, as it exists now.

Varanasi or Benares is understandably India-exotica for the West. What Neeraj Ghaywan’s Masaan did was peel off the surface and reveal a small town with all its foibles and fault-lines that a picture on National Geographic can never capture. Furthermore, what Chandraprakash Dwivedi does with Mohalla Assi (based on Kashi Nath Singh’s novel Kashi Ka Assi), is stop you at Varanasi’s eightieth ghat, get you into the narrowest gullies, introduce to the local ladies and gents, along with hippies and charlatans, and experience Kashi as someone who lives there, rather than only visits.

In Bollywood films, there’s the Goa of love, lives, and locals. Homi Adajania’s Finding Fanny does a fine job of capturing that quasi-European joie de vivre. Then there’s the Goa of the mafia, drugs, raves, under the scorching sun and inside our mythical movie imagination. Rohan Sippy’s Dum Maaro Dum is a stellar trip across the stunning state. Certainly a far cry from every other ‘item’ number being shot on Goan sands, with a bunch of bikini-clad women holding beers in their hands.

Director Tigmanshu Dhulia’s gritty Haasil (2003) was a refreshing peek into the campus politics of Allahabad University. His 2019 pic, although hardly a masterpiece in comparison, is a deeply nostalgic ode to the director’s hometown—allowing you into spaces that only a hardcore local can take you through.

This Saif Ali Khan starrer is an official adaptation of Jon Favreau’s culinary drama of the same name. So if you’ve seen the original, you already know the context and story. Why catch a remake, or why remake at all? I guess, so director Raja Krishna Menon can take you around his hometown. Given that Bollywood films rarely travel down South with such detail, this is a trip to God’s own city totally worth taking, albeit from your couch. 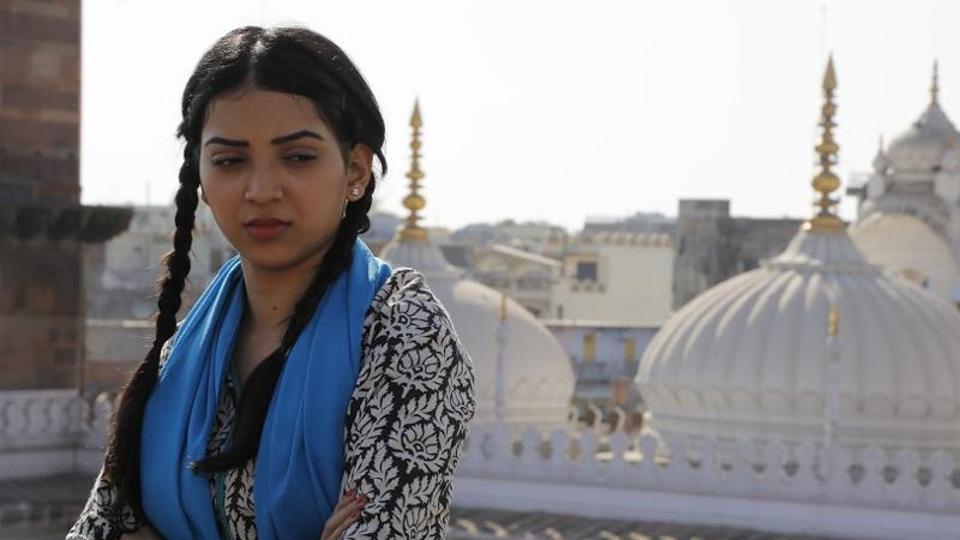 Photo credit: Screengrab from 'Lipstick Under My Burkha'/Youtube

Bhopal in Lipstick Under My Burkha

The Bhopal tragedy, with respect to Bollywood as it were, is that while the city features in several films, it rarely gets its due. Most of Prakash Jha’s movies, for instance, are set in Bhopal. But the beautiful lake town is supposed to be a generic Indian city in all those films. Alankrita Shrivastava’s feminist manifesto changes that—driving you deeper and deeper into the makaans, malls, mosques and mohallas of one of India’s most charming state capitals. You feel like you’ve lived in the city, as much as you feel for the characters trapped within it.

No movie I know of that’s set in the Pink City—rather than the indoor havelis and palaces that form the background of popular period pieces—is soaked in such shudh desi ghee of realism that the characters come alive, along with real Jaipur itself. The fact that the lead character (Sushant Singh Rajput) plays a tourist guide in Maneesh Sharma’s film helps you navigate the Rajasthan capital through a genuine veteran’s eyes.

How do you see this beautiful little town on the banks of the Narmada, with incredibly minimalist forts and temples overlooking over a placid river? Well, drive down a few hours from Indore. Even better, if you want to enter homes and secret lanes as well—watch R Balki’s Pad Man. It’s as good as being there.

Patna in India’s Most Wanted

Ever seen the massive, egg-shaped granary, Gol Ghar? It’s on the poster of Rajkumar Gupta’s India’s Most Wanted. Why would you have otherwise? Well, how many of us go to Patna purely for tourism. For a thriller, mostly set in Nepal, the Arjun Kapoor starrer, through drone shots and views from the ground-up, takes us through Bihar’s capital a whole lot better than Vikas Bahl’s Super 30, which is entirely centred in the town anciently known as Pataliputra. This is significant, because you hardly see in Patna in pictures (not even in Bhojpuri films).

Old Hyderabad has its own unique lehja and sights of course. No better way to negotiate this than with Vidya Balan as detective Bilquees ‘Bobby’ Bano, taking you across the city, through its classified by-lanes, and dropping you home safe, since you never stepped out anyway. Habib Faizal’s Daawat-e-Ishq looks at Hyderabad finely too, although there’s much of the equally inimitable Lucknow to catch there as well.

As a location in the ’60s, Kashmir was a Bollywood film sub-genre of its own, inevitably starring Shammi Kapoor. Post the insurgency in the late ’80s, films set in the ‘heaven on earth’ became too few and far between, although Vidhu Vinod Chopra’s Mission Kashmir and Mani Ratnam’s Roja top the list still. Also, the ‘Manali’ in Ayan Mukherjee’s Yeh Jawani Hai Deewani is actually Kashmir by the way.

What did Yahaan, a gentle love story in times of war, between an army man and a local girl, introduce to movie audiences? Besides debutant director Shoojit Sircar? Kashmir—in moonlight monotone, like you’ve never seen before, in all its bleakness, and glory. Fun fact: Who shot Yahaan? Swedish cinematographer Jakob Ihre. His most recent work? HBO mini-series Chernobyl.

Bollywood films are made in Mumbai. Whether you see the city in the film or not, its cosmopolitan culture permeates through the screen, always. How well have Mumbai’s filmmakers showcased their city in their cinema as they see it with their eyes? Brilliantly, from every angle, and revealing every layer/class/dimension—from Dhobi Ghat to Life… In A Metro, Wake Up Sid to The Lunchbox, Shor In The City to Mumbai Meri Jaan, Aamir to Bombay… We can go on and on—also looking at how Mumbai is a global muse, whether through Majid Majidi’s Beyond The Clouds or Danny Boyle’s Slumdog Millionaire.

For me, no better Bombay film than Ram Gopal Varma’s Satya. Why pick Zoya Akhtar’s Gully Boy, especially since you’ve probably watched it anyway? Just so you can watch it again—simply to observe the intersection of high-rises and low slums, where Mumbai loves and lives. Gully Boy is also the only Mumbai city-film I’ve seen, without a single shot of the Arabian Sea. Which is true for most of those who live in this sprawling metropolis. Screw the sea—they can barely feel the ground beneath their feet.

Presenting Golden Girls, our irreverent new video series where Twinkle Khanna makes her debut as interviewer. In our first episode, Vidya Balan is the dictionary definition of ‘easy-going’. There's a lot of laughter and self-deprecation here, we hope you enjoy it.