The rays of sunshine in this never-ending monsoon

Whether we like to admit it or not, 2020 has been an overachiever. It’s filled our news channels with grim headlines, covered our faces with maskne and isolated us from our loved ones. The ‘worst year in mankind’s history’ felt longer than a saas-bahu serial. As we unlocked the virus of the century, we prepped ourselves for an outrageous walk in some national park on steroids. The year unleashed murder hornets, monkeys that stole blood samples from labs and cow urine drinking parties in the Capital to counter coronavirus. We also met a certain flamboyant Tiger King, and Vladimir Putin released 500 lions on the streets in Russia to ensure people stayed indoors (well, the last one is just one of the million fake news snippets from this year).

Chunky ‘Phony Stark’ Pandey’s fabulous life and desi dad quirks gave us belly laughs and steam bars in Pune (to treat the virus) became a hotspot for a while before running out of steam.

As citizens of the world, we came to expect the unexpected. Yet in such tough times, there always will be a few game-changers who make sweet lemonade out of the rotten lemons they’re handed. And currently, we are stalking their every move online for our daily morale boost.

From trailblazing journalists who went solo to our favourite leaders who anchored us through stormy weather and bravehearts who didn’t shy away from difficult conversations, here’s looking back at the agents of positivity who won 2020.

As far as difficult conversations go, you can expect American entrepreneur and social media mogul Chrissy Teigen to never back down.

She poured her heart out revealing details of her miscarriage, heart-breaking photos included. Even in the face of devastating loss, Teigen’s candid revelation about the physical and mental obstacles she faced resonated with women around the world. And while the trolls couldn’t help themselves, Teigen’s comeback is the warrior energy we want to channel this coming year: “I cannot express how little I care that you hate the photos.”

Through her words, Teigen highlighted just how many women suffer miscarriages in silence. “Every day can’t be full of sunshine. On this darkest of days, we will grieve, we will cry our eyes out. But we will hug and love each other harder and get through it.”

Dear bosses, please take notes on how to kill a crisis with kindness. The youngest Prime Minister of New Zealand at 37, Ardern’s down-to-earth approach deploys empathy when facing hard times. She first won hearts and headlines when she Fevicoled the country together after its worst terror attack in modern history. She denied the terrorist notoriety by refusing to name him, making sure the victims’ names were highlighted instead. Hers was a new method to dealing with madness.

Her efficient handling of the pandemic — shutting borders, communicating with citizens, ramping up testing and sticking to science — effectively handed her a second term on a platter.

We’ll leave you with a nugget of Ardern wisdom, “You can be both empathetic and strong.” 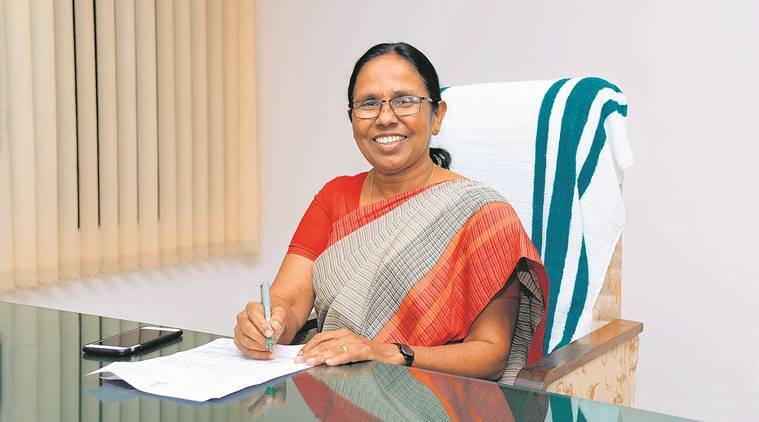 When your term in the office is plagued by not one, but two viruses, not to mention floods and cyclones, most would just hunker down in their panic rooms while eating their body weight in makhana. But armed with a compassionate smile and a dedicated team, KK Shailaja took both the Nipah virus and COVID-19 head on, allowing fewer coronavirus deaths in her state than the rest of the country.

Hailed as the ‘Coronavirus slayer’ by the Guardian, Kerala’s minister for health, social justice, women and child development managed to flatten the curve in the state back in April while the rest of the country was struggling. So much so that the Maharashtra Health Minister reached out to better understand her approach.

Shailaja Teacher, as she is affectionately called, has been honoured by the UN for Kerala’s effective management of the pandemic, and more recently, named ‘the leader of the year’ by Vogue India. 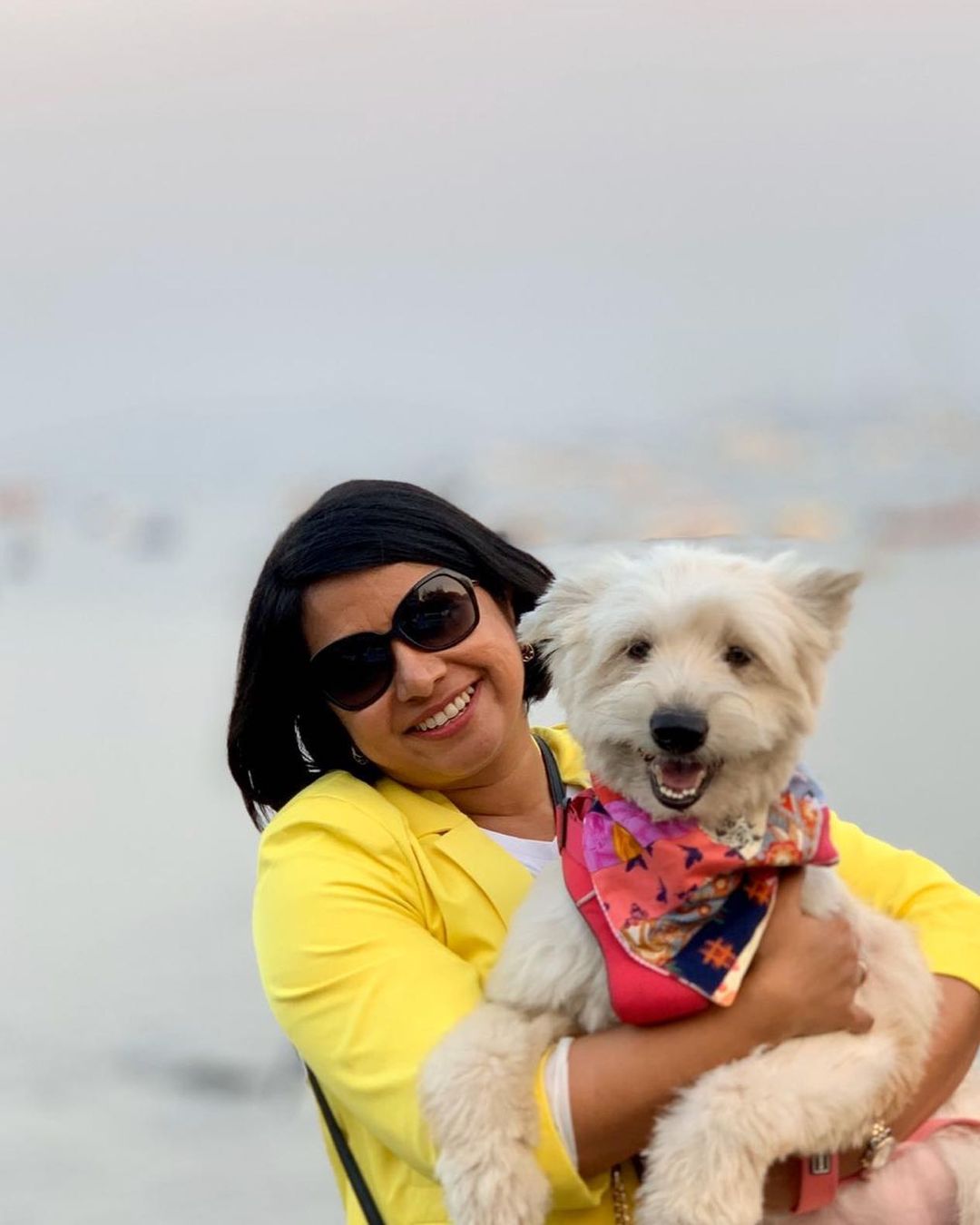 When many news channels around her devolved into ‘tu tu main main’ shouting matches, Faye D’Souza stuck to the script.

The Bengaluru-based firebrand journalist goes viral for calling out misogynistic guests in the middle of live streaming, marching at protests and using her social media presence to engage with the masses, D’Souza is definitely the last of the journalistic mohicans.

We had just gone through multiple banana bread fails and managed to finally come through with one presentable loaf. As we patted ourselves on the back, the devil algorithm of our social media feed said ‘Ha!’ Diverting our attention to a series of pint-sized game-changers of 2020 — baby chefs and pastry wizards, putting together dishes with the ease and confidence of a true master overachiever.

We were shamed and entertained in equal measure, inspired to get our bums out of bed, close the Zomato app and finally try one of the many recipes we’d dog-eared in the cookbook we secretly swiped along with mama’s Tupperware dabbas.

Hearts shattered when a controversy broke regarding Sonu Sood providing ‘fake help’ on Twitter. Had the people’s hero fallen? Whether it’s true or false remains to be seen, but what cannot be denied is the immense help he and his team provided to stranded migrants when the nationwide lockdown was announced.

As borders closed and buses filled up, hundreds and thousands began a long march back to their home. Sood stepped up to ease the strain on the public transport system by organising and charting safe bus routes and travel arrangements for thousands to safely return home under his Ghar Bhejo campaign.

He opened up his Juhu hotel as a home for frontline workers at a time when many were being shunned from their housing society because of their high-risk jobs.

Under the Shakti Annadanam initiative named in honour of his late father, he began a food and ration drive with an aim to feed 45,000 on a daily basis during the lockdown.

Ranjitsinh Disale from Paritewadi village in Solapur, Maharashtra, was hailed the ‘world’s most exceptional teacher’ at the annual Global Teacher Prize 2020. From 10 finalists from across the world, he received the $1 million award money for his exceptional work towards eradicating teenage marriage in his village and promoting girls’ education as well as quick-response (QR) coded textbooks in India.

But it wasn’t just his winning of the title that made this village primary school teacher one of the game-changers of 2020. It was his decision to share half of the prize money with the rest of the finalists. “I may have won the award but I can’t change the world alone, one Ranjitsinh Disale can’t do it on his own. And that’s why I decided to get more hands on board,” he said in an interview with The Indian Express.

The money he shared with his fellow finalists would help them continue their work and encourage others to join in. He’s also using 30% of his winnings to set up a “teachers’ innovation fund” in a bid to transform education in India.

A true educator at heart, Disale used his win as a teachable moment.

The US presidential election results were followed by cheering crowds across the country, and some parts of the world, when Senator Kamala Harris was announced as the future Vice President of the United States.

It was a historic event, both because of the tumultuous reign that preceded it and because it marked a moment of many firsts in US politics.

Harris will be the first female Vice-President of the most powerful nation in the world, the highest-ranking position to which a woman has ever been elected to in its history. She’s also the first African-American and Asian-American, as the daughter of Jamaican and Indian immigrants, to be Vice-President.

The former attorney-general of California and district attorney of San Francisco has been applauded in the past for her hard questioning of controversial figures in the Senate and challenging Biden himself when they faced off as rivals in the Democratic primary in 2019. 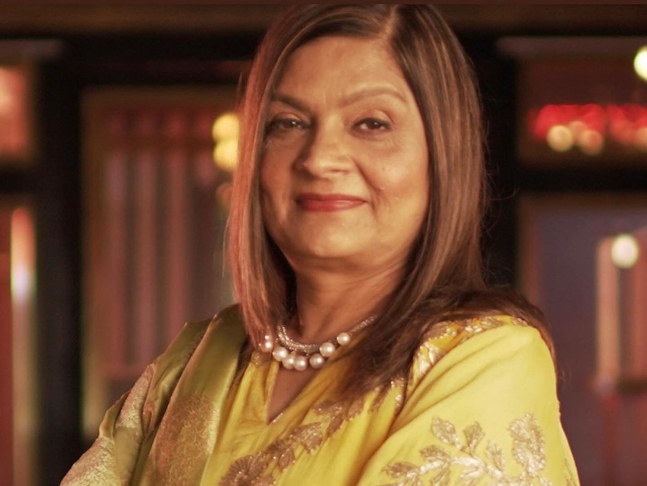 In July, Sima Taparia, AKA Sima from Mumbai challenged Ramdev Baba and his disciples to her excruciating test of flexibility. Weird flex, but okay.

Mumbai’s top matchmaker entered our lives via our screens and dominated our conversations for weeks to follow. As she flew across continents playing cupid to desi millennials, her unsuccessful journey revealed our patriarchal shortcomings and society’s hypocrisy.

In her own peculiar ways, she held up a mirror to the ugly, unofficial rules of the shaadi market, and all we can say about the Sima aunty phenomenon is, “Tedha hai, par mera hai“.

Supporting acts who stole our hearts

We never thought we’d be talking about Chunky Pandey in 2020, but there we were with our very own Phony Stark in Fabulous Lives of Bollywood Wives. Pandey was every desi dad ever with bad jokes and constant paranoia regarding who had been sneaking in and consuming the expensive Japanese whiskey from his liquor cabinet.

Tiger King Joe Exotic came into our lives when the reality of the lockdown and pandemic had just hit us hard in the face. In the seemingly bleak landscape of our four walls, binge-watching this crazy story about private zoos filled with exotic animals, a polyamorous gay cowboy and assassination attempts took us on a wild ride.

It kept us distracted, entertained and ultimately hopeful that no matter what hellish miracle 2020 could conjure up, we could survive it, one internet conspiracy theory at a time.