Photos: A still from Guddi; Gulzar/WikimediaCommons
by Arundhati Chatterjee Discover

Our ode to the legend on his 86th birthday

Before I knew his name or recognised his face, I was singing his song with my dadaji on weekends – “Jungle, Jungle baat chali hai, chaddi pehenke phool khila hai” (while watching The Jungle Book on Doordarshan). Sure, I was a chaddi-clad, tea-cup sized three-year-old. Sampooran Singh Kalra aka Gulzar had entered my life unknowingly. A few years later, he wrote his way into my annual day performance – pint-sized seven-year-olds swaying to ‘Lakdi ki kaathi’. The writer was still nameless to me, but composed a happy soundtrack for my life.

Meanwhile, my parents put me on an overwhelming diet of the Bollywood triumvirate – RD Burman, Kishore Kumar and Gulzar. Watching VHS tapes of Aandhi, Ijaazat and Masoom — my formal introduction to the OG man in white, Gulzar.

By standard 8, I was obsessed with his sensitive, soul-stirring work – lyrics, short stories and cinema. It’s easy to spot his work – there’s no dhishoom dhishoom or force-fitted songs where actors dance around trees.

His fiction is dominated by sensitive men and strong-willed women often tangled in a web of missed opportunities, life-long regrets, and emotional rollercoasters soaked in socio-political awareness. He steers clear of the blame game and making sweeping judgements and avoids the emotion of hate as vehemently as we avoid “Shaadi kab karoge?” questions at Indian weddings.

Yet there was a side to him undiscovered, until I got into a college in Bandra. On my way to my early morning lectures, I’d spot the octogenarian smash tennis balls across the court of Bandra Gymkhana. And he is a champion at the nets too. In 2018, the then-84-year-old writer won the Bandra Gymkhana Tournament.

Gulzar on the tennis court may be diametrically opposite to Gulzar, the gentle soul-stirring writer – he is menacing and more energetic at 80 than I am in my 20s. But both sides resonate with passionate and a zest for life. 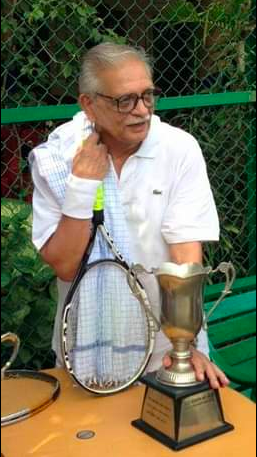 On his 86th birthday, we look back at the legend’s quintessential work in celluloid – as a lyricist, director and writer.

We couldn’t include masterpieces like Ijaazat, Parichay and Lekin… since they aren’t streaming anywhere. But let it be known that we love them all equally.

Gulzar essentials for your movie library 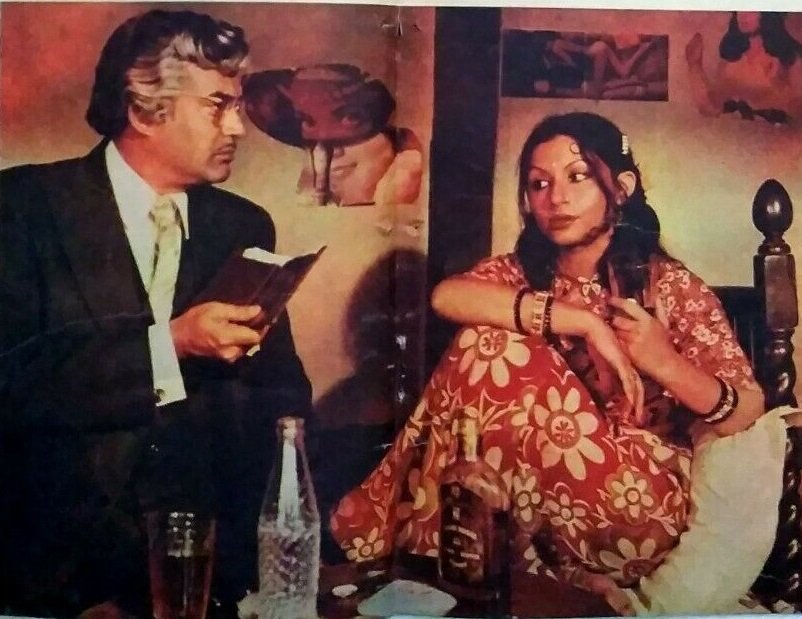 Set in the foothills of Darjeeling, Mausam is a story of misunderstanding, regret, a big reveal and an act of redemption.

Dr Amarnath Gill (Sanjeev Kumar) visits the hill station to get away from the chaos of city life. He reminisces about his previous visit 25 years ago, when he had fallen in love with a local pharmacist’s daughter, Chanda (Sharmila Tagore).

When the locals break some tragic news to him about Chanda and her father, he is determined to find out the truth. His search takes him to sprawling tea estates, old mansions and ends at a dingy brothel with a revelation he really wasn’t prepared for.

Here, he finds a second chance to right his previous wrongs. Gulzar’s empathetic portrayal of strong-willed women comes to the fore, and this adaptation of AJ Cronin’s The Judas Tree deviates from the original text and chases hope in its final act.

We’ve had one too many political films in the recent past that deal with cross-border conflicts. In this 1996 sleeper hit, Gulzar dived deep into personal recesses. He looked within the country, and mounted this political masterpiece which throws light on the dark times that followed former Prime Minister Indira Gandhi’s assassination (1984), especially in Punjab.

Those were the times punctuated by demands for a separate state, Khalistan, growing militancy, anti-Sikh riots, fake encounter and police brutality. Gulzar looks at how the circumstances reduced the troubled youth to maachis (matchstick) that set the nation ablaze.

PS: It’s a rare delight to see a film set in Punjab without a single shot of the mustard fields.

Written by Gulzar, director Hrishikesh Mukherjee’s Guddi is an homage to all fangirls and fanboys who spend their lives in hero worship – sending snail mails and DMs, and stalking their celebrity crushes only to find the stark difference between the reel and the real.

In this sprightly coming-of-age movie, Kusum aka Guddi (Jaya Bachchan’s debut) is a vivacious and chirpy girl who is in love with Bollywood star Dharmendra (played by the actor himself). When her mamaji (Utpal Dutt) introduces her to a suitor, Navin (Samit Bhanja), she confesses to him about her impossible love, and how she could never look at any other man.

Tired, her uncle decides to arrange a meeting for her with Dharmendra, who gives her an immersive tour of film sets. During those few days, she realises that actors aren’t what they appear on screen. She wakes up to the fact that stars are erroneous humans too and undergoes a change of heart – a tiny leap into adulthood wrapped in melancholy.

Although the film is loaded with Bollywood giants (a lot of them playing themselves), Bachchan holds her own and lays a solid foundation block with her debut performance. 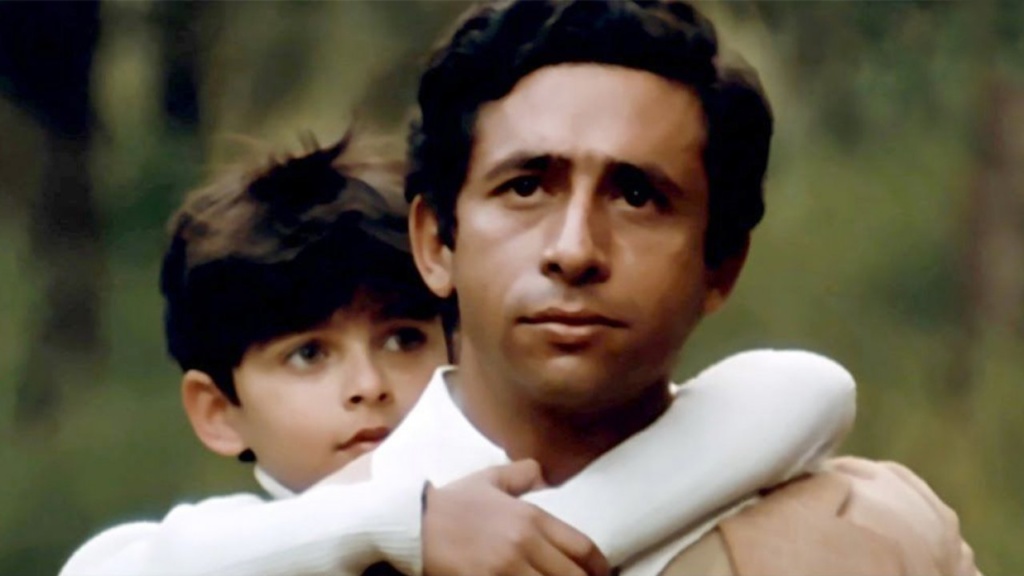 Yes, Shekhar Kapur helmed Masoom, but Gulzar is written all over the film (credited as screenwriter and lyricist). DK Malhotra (Naseeruddin Shah) is a Delhi-based architect, happily married to Indu (Shabana Azmi) with two daughters.

His world falls apart when a telegram arrives with a life-changing news: he has a son (Rahul played by Jugal Hansraj) in Nainital (throwback to a one-night stand with Bhavana played by Supriya Pathak).

After Bhavana meets with an untimely death, Rahul’s guardian, an ageing headmaster wants Malhotra to take responsibility of his son. As Rahul arrives at the Malhotra household, the daughters are overjoyed to have a new friend, Indu questions her entire marriage and Malhotra oscillates between filial duty and guilt.

Gulzar’s dialogue lends a big heart to the narrative of Masoom making it a blurry family portrait, since you keep watching it through tears. 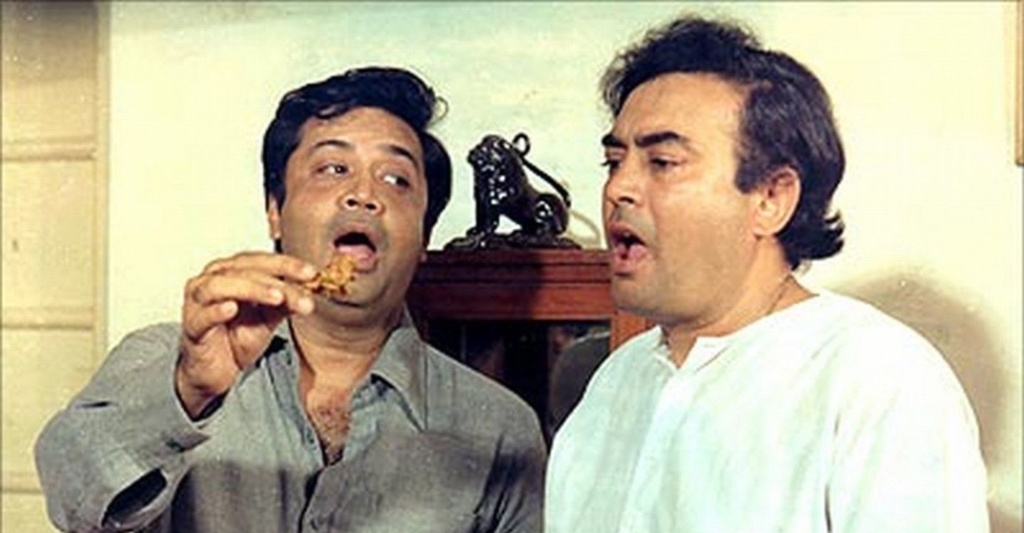 At a time when Amitabh Bachchan was injecting the silver screen with his canon of angry young man-driven films, Gulzar’s light-hearted slice-of-life comedy Angoor added humour to the humdrum of daily life. An adaptation of William Shakespeare’s The Comedy of Errors, Angoor is a family comedy — clean and easy-going.

They are separated in childhood, and troubles ensue when they cross paths later in life. Hysterical confusion and double trouble ensues. There’s enough love, laughter and life to go around this comedy that doesn’t depend on double entendres or cuss words to inflict forced laughter.