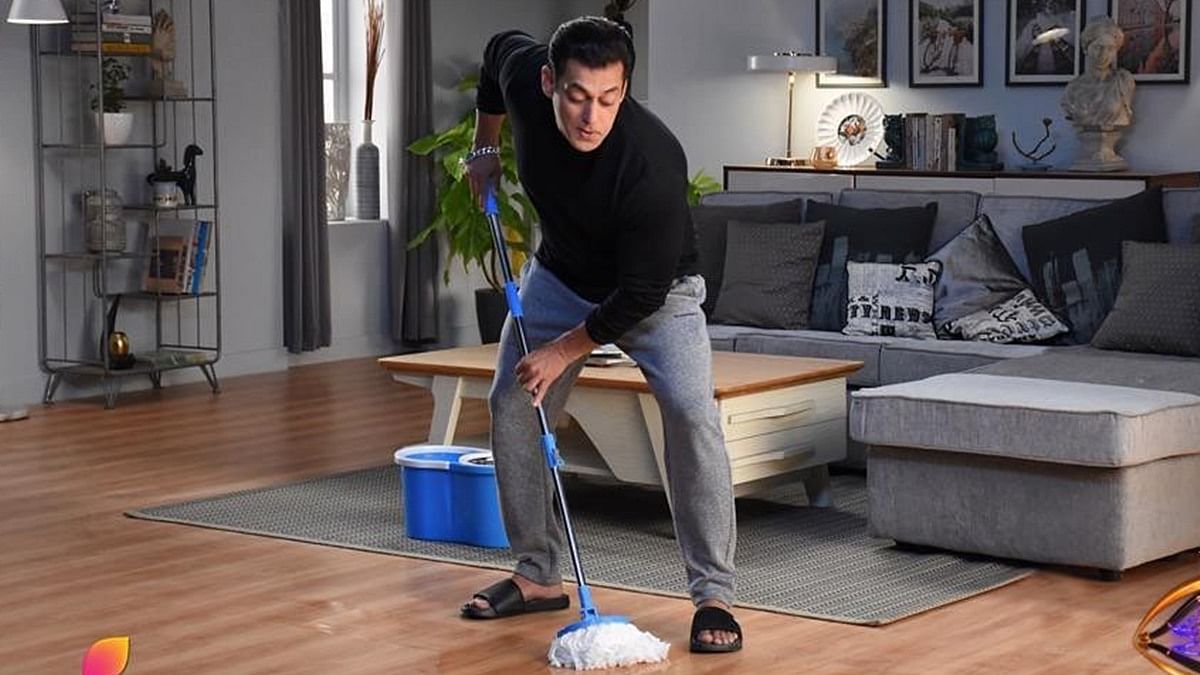 A still from Bigg Boss 14
by Arundhati Chatterjee Discover

They range from ridiculous to sublime, not kidding

But for me, it only means an endless supply of new memes to squash Monday blues. Bigg Boss is the kind of show I wouldn’t recommend even to my worst enemies, and because I’m a massive ’90s Bollywood buff, I’ll recommend Saajan Chale Sasural instead.

From a distance, I figured that Bigg Boss gave the country the vicarious pleasure of watching celebrities play ghar-ghar with access to minimal resources.

But 2020, as we know, is different. Confined in our houses for months, Bigg Boss is kahaani ghar ghar ki.

So as the new season dropped, and my editor asked if I wanted to jump down the rabbit hole to learn some life lessons, I leapt.

From bits and pieces of old episodes on YouTube, I somehow dug up an interesting research study, titled Understanding Selected Concepts of Organizational Behaviour from Bigg Boss Perspective. A certain Quora user pointed out that she “learnt many tips from BB about social communication, planning, handling stress, handling boycott and dealing with emotional attachment.”

I must confess there indeed were a few handy survival skills, if only we hit the suspension-of-disbelief button at the beginning.

PS: Once upon a time, a participant did a jugalbandi with a crow. True or false? Watch for yourself.

Survival 01: Food is the cause of, and solution to, all heartburn

Participants in the house aren’t as petty or ridiculous as they are hangry. From my limited viewing, it seemed like the only state of mind. It all stems from the meagre resources they have and the ever-depleting snack cart. Naturally, some steal food and stock up, and when they get caught, they are crowned Jaani Dushman.

The key to surviving life is a well-fed stomach. I am devouring a bowl of mishti doi as I write this.

This act can take years of practice to perfect, or you can go on a hunger strike for some method acting.

But according to Bigg Boss contestants, this is a sure-shot way to win and end arguments. Their mantra is simple: “My way or I am fainting”.

Don’t believe us? YouTube fainting on Bigg Boss, and you’ll see that every season has featured at least one contestant fake a faint — Sapna Chaudhary, Gauhar Khan, Shehnaz Gill, Dolly Bindra, Yuvika Chaudhary, Karanvir Bohra and the list goes on.

Survival 03: Shut up and bounce

Observing all hell break loose silently helps control noise pollution as well as presents you in a better light.

Yet raising your voice in conflicting situations is necessary to shed your image of a diplomat. It’s not the G7 summit after all. And past seasons showed that apparently, the winners indulged in more banter and debates than the contestants eliminated earlier in the show.

And, on a more serious note…

And it’s not a woman’s domain. Thank you Bigg Boss for normalising men frying puris, chopping vegetables, cleaning toilets and doing their own dirty laundry.

Sure there are some who throw tantrums like a sizeable chunk of the male population of the country, and they get schooled by the females in the house and Boss himself.

Can we please petition to send all the men who refuse to pull their weight around the house to the Bigg Boss set?

I tolerated the show’s antics and survived, well, that’s a lesson right there. Jokes apart, this is perhaps the most important survival skill the show teaches. There’s no room for intolerance in the house — religion, caste, class and sexual orientation aren’t up for scrutiny here.

And if there’s anything we would seriously imbibe from this madhouse, it’s this virtue. Live and let live because, well, Bigg Boss says so.