We are not making this up

“You’re such a Hufflepuff, bua,” observed my 13-year-old niece. I didn’t know how to react since I have never read Harry Potter (shush, my kind does exist). But her tone indicated that it wasn’t something one aspired to be. I was nursing that wound when I suffered another sharp blow. The little bookworm was reading Murakami. Haruki Murakami.

Before turning 12, she’d already finished The Lord of the Rings, the Harry Potter series, the Shiva trilogy and The Hunger Games trilogy.

Still, Murakami was way out of her league. Even adults can find reading the Japanese writer’s work a bewildering experience.

Chatty monkeys in motels, cats doing not-so-cat-like things, raining frogs, multiple moons in the sky – Murakami’s pitcher of magical realism sinks into the deepest recesses of your heart and mind. Ultimately, either he becomes your alter ego, or you reject him.

Turns out, she was reading a children’s book called The Strange Library.

The short novel is about a lonely boy locked in a nightmarish library. A straightforward adventure story without any weird feline creatures taking you to some alternate universe. The 96-pager was, in fact, one of his least unusual books, and way more enjoyable than his others. It revealed that Murakami was a closet children’s writer.

Writers often have more than one genre in them. Some get too comfortable in their space, and never move around. In many cases, as we eventually find out, when they leave the pages of comfort, they deliver brilliant work.

Murakami’s The Strange Library sent us on a hunt to find the unusual books that make you go, “What!? He wrote that?”.

From an adult story by every child’s favourite Ruskin Bond to Leo Tolstoy’s self-help guide and Dan Brown’s whimsical fantasy, this list of unusual books will open a whole new world of reading for you and your little ones.

9 unusual books for your reading pleasure 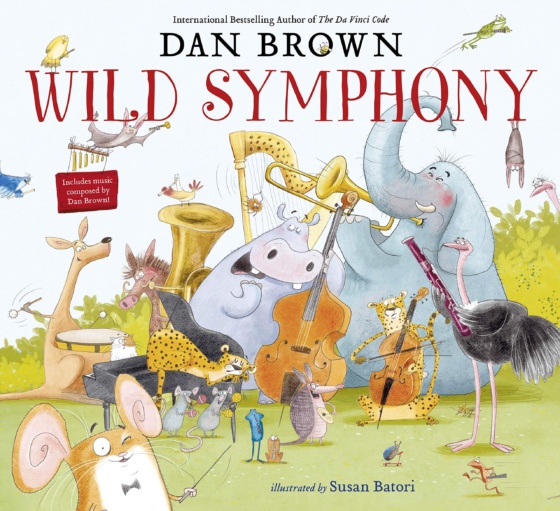 Dan Brown’s thriller novels — Angels And Demons, The Da Vinci Code — were a gateway to the worlds of symbology, cryptography, vicious cults and darkness. But we recently found out that young Brown was a musician composing albums in his basement studio.

And his recordings from 30 years ago have inspired his latest work, Wild Symphony, an illustrated children’s book.

The protagonist is a mouse conductor and his band of animals dream of performing in an orchestra. Their songs share lyrical wisdom about patience, team work, dedication and loyalty. He claims it’s a musical journey without any cryptic clues.

But veteran Brown fans are going to dig deep to find some hidden messages here for sure. 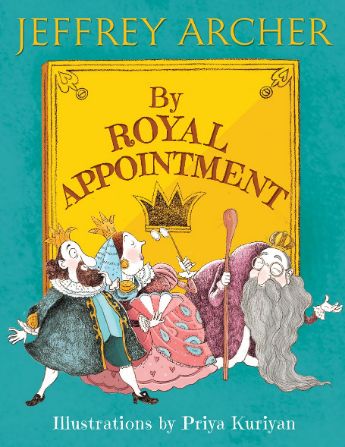 By Royal Appointment is an illustrated children’s book about a king and his queen, and a bunch of fast cars.

In a fictional place called Littleland, King Benefactor and Queen Echo host a race to decide the fastest car in the country. The kingdom sends their best cars for the competition — the Speedy Car, the Greedy Car, the Flashy Car, the Trendy Car, the Shabby Car, the Silly Car and the Little Square Car.

Archer has packed the book with a meaningful lesson for toddlers: you can be different from the rest, and still be a winner in your own right. It’s an introductory chapter in how to dare to be different. 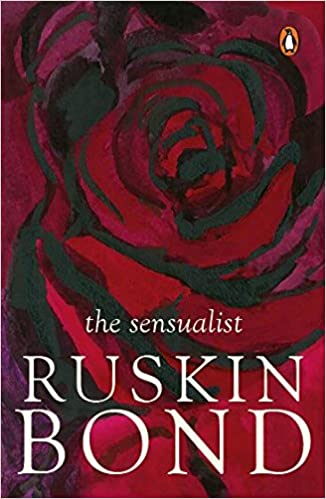 Dear parents, we know you’d pick even a newspaper column written by Ruskin Bond for your little ones, but be extra careful not to pick this up. My aunt fell for it, and gifted to me when I was in school, and I was beyond confused.

But our favourite Bond dabbled in writing fiction for adults back in 1975, and almost ended up in jail. The story was first published in Debonair magazine, and he was sued for obscenity in his prose. Fortunately, with the help of his literary friends, Bond was acquitted.

In The Sensualist, a teenage boy has his first brush with intimacy and sex as he becomes a man, but soon after an encounter, when he begins to lose his libido, he tries to break free from his patterns in love and lust. 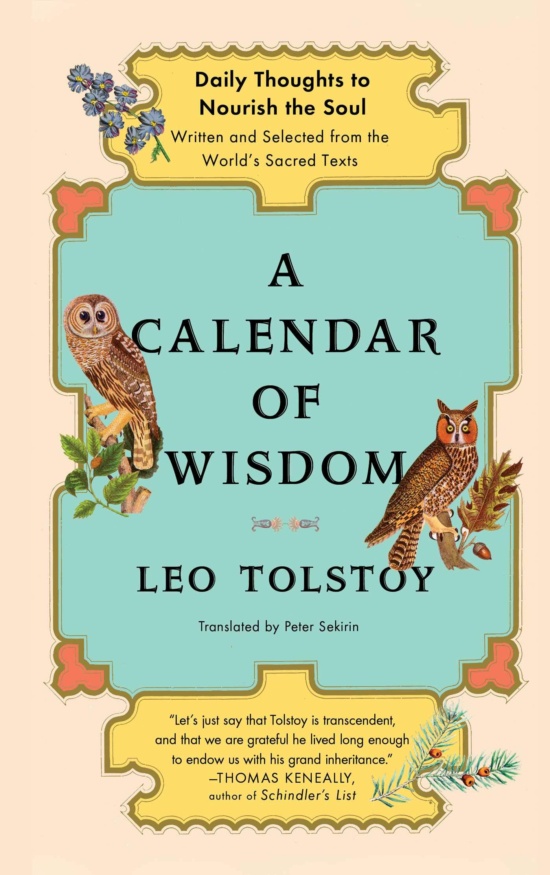 A Calendar of Wisdom: Daily Thoughts to Nourish the Soul, Leo Tolstoy

As far as unusual books go, this one’s right on top.

Most of the writer’s works double as study material if you’re into social changes in Russia in the nineteenth century. His detailed prose examines unequal distribution of wealth in society, political identities and individual motives. And needless to say, it’s all very verbose.

While some of us gave up our Tolstoy conquests multiple times, we were pleasantly surprised to find a Tolstoy gem that asks us to read a page every day. It’s befittingly called A Calendar of Wisdom: Daily Thoughts to Nourish The Soul. From dealing with stress to heartbreak and ideas of justice and privilege, Tolstoy has a thought of the day for every mood. 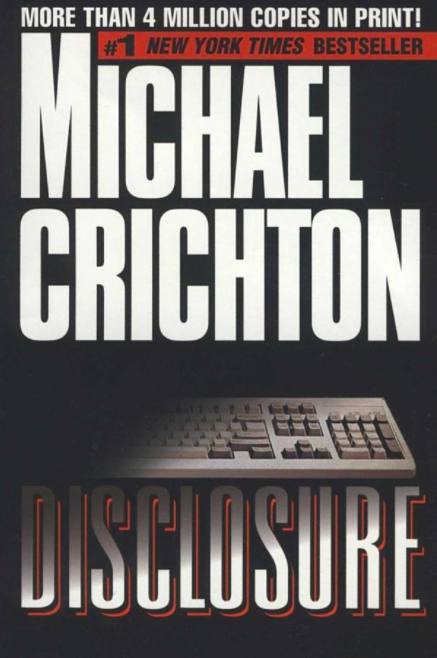 Let’s just take a moment to thank Crichton for opening the gates of Jurassic Park, and giving us T-Rex. Crichton operates in a world of sci-fi, deals with otherworldly amusement parks with androids (remember Westworld?) and medical catastrophes.

And we love him for that. Then Crichton decided to look around him and delve into reality. His critically acclaimed novel, Disclosure, was, in fact, too close to reality — a story of power we all have felt to some degree.

Set in a Seattle-based tech firm, Tom Sanders is an up-and-rising executive. He is hopeful of becoming vice-president, when his ex-girlfriend, Meredith Johnson, joins the company and bags the job out of the blue. A sexual encounter between them escalates quickly into a harassment case.

He digs into the ideas of false accusation, victim shaming and a gross misuse of power in a workplace setup. Sure, it’s a different kind of velociraptor that Crichton deals with here, but he does it disturbingly well.

This leaves us with one vital question: Why doesn’t he write more often in this space? On the list of unusual books, this one’s the most rooted in our actual problems after all. 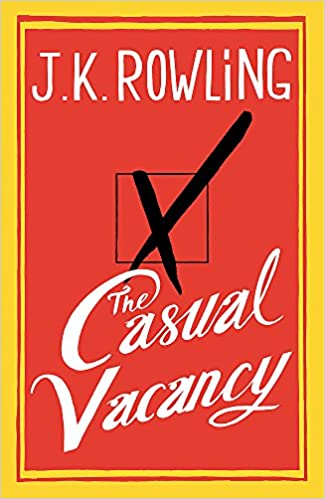 JK Rowling is synonymous with Harry Potter and his adventures in Hogwarts, the only boarding school most kids approve of. An entire generation of kids have fallen in love with reading, thanks to The Boy Who Lived.

So when Rowling decided to go off track, and write her debut novel for adults soaked in drugs, sex and death, many Potter fans were shocked. Unfortunately, there was no ‘Expecto Patronum’ here to rescue them.

But Rowling defended her work. She said, “I think I’ve really exhausted the magical. It was a lot of fun, but I’ve put it behind me for the time being. If there is a connection between Harry Potter and my new novel, it’s my interest in characters.”

In Casual Vacancy, which is set in an English town called Pagford, local Parish councillor Barry Fairbrother is dead. Many eye the unexpected vacant position, and there’s enough conflict and more that unfolds as the battle of his successor begins.

The election season in the book is replete with crimes of passion, duplicity and deceit. There’s sharp attention to detail and building character arcs. But dear parents, this one’s also loaded with one too many sex scenes, and definitely isn’t recommended for your kids.

Keep them away from this Rowling, at least for the time being, but you can get right to it. 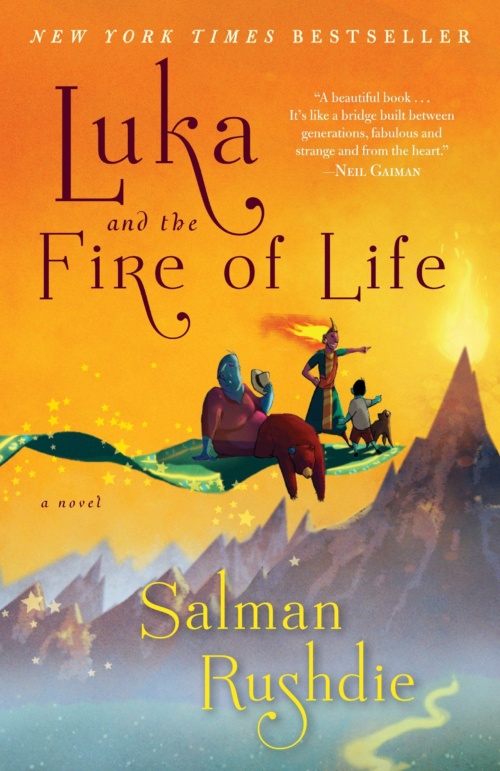 Luka And The Fire of Life, Salman Rushdie

Magical realism mixed with history forms the basis of most novels by the critically acclaimed author. He is also arguably controversy’s favourite child.

From his books being banned or being handed a fatwa by Iran’s religious and political leader Ayatollah Khomeini, Rushdie’s work is under constant scrutiny. Midnight’s Children and The Satanic Verses may not be everyone’s cup of comfort but we found a rare work by the writer that’s meant for family consumption.

In Luka and The Fire of Life, the book he wrote for his 12-year-old son, the eponymous protagonist is obsessed with video games, has an enemy at school called Ratshit (errm, you read that right), and life goes on, until his elder brother, Haroun tells Luka that he is at an age, where people in his family enter a magical world.

In this new world, he befriends a dog called Bear and a bear called Dog. But he also sees the ghost of his father who calls himself Nobodaddy. When Luka realises that his father’s soul has been sucked by this apparition, he sets out retrieve the Fire of Life and save his father.

There’s a lot to imagine, a whole new world to discover, and adventures to embark on without the usual side of Reality Rushdie creeping up. 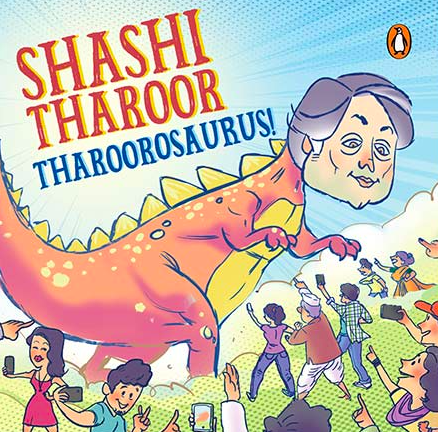 There’s a dinosaur’s body with Tharoor’s head on the cover – need we say anything more?

Shashi Tharoor is a man of many big words and big, fat books on politics, history and religion. And while we love big books and can’t lie, not everybody has the aptitude for heavy political reading all the time.

We became instant fans of Tharoor when he tried stand-up comedy, and Tharoorosaurus feels like a worthy extension of the same. The wizard of words uses wit and humour to understand why English is a funny language. In his book, he takes each letter of the alphabet and breaks down one complicated word, its history and the current status with not-so-subtle nods to current affairs every now and then.

Whether you’re a budding linguaphile or raising your kids to be one, this hardcover is easy-to-digest and will leave you ROFL (Tharoor knows what it stands for). 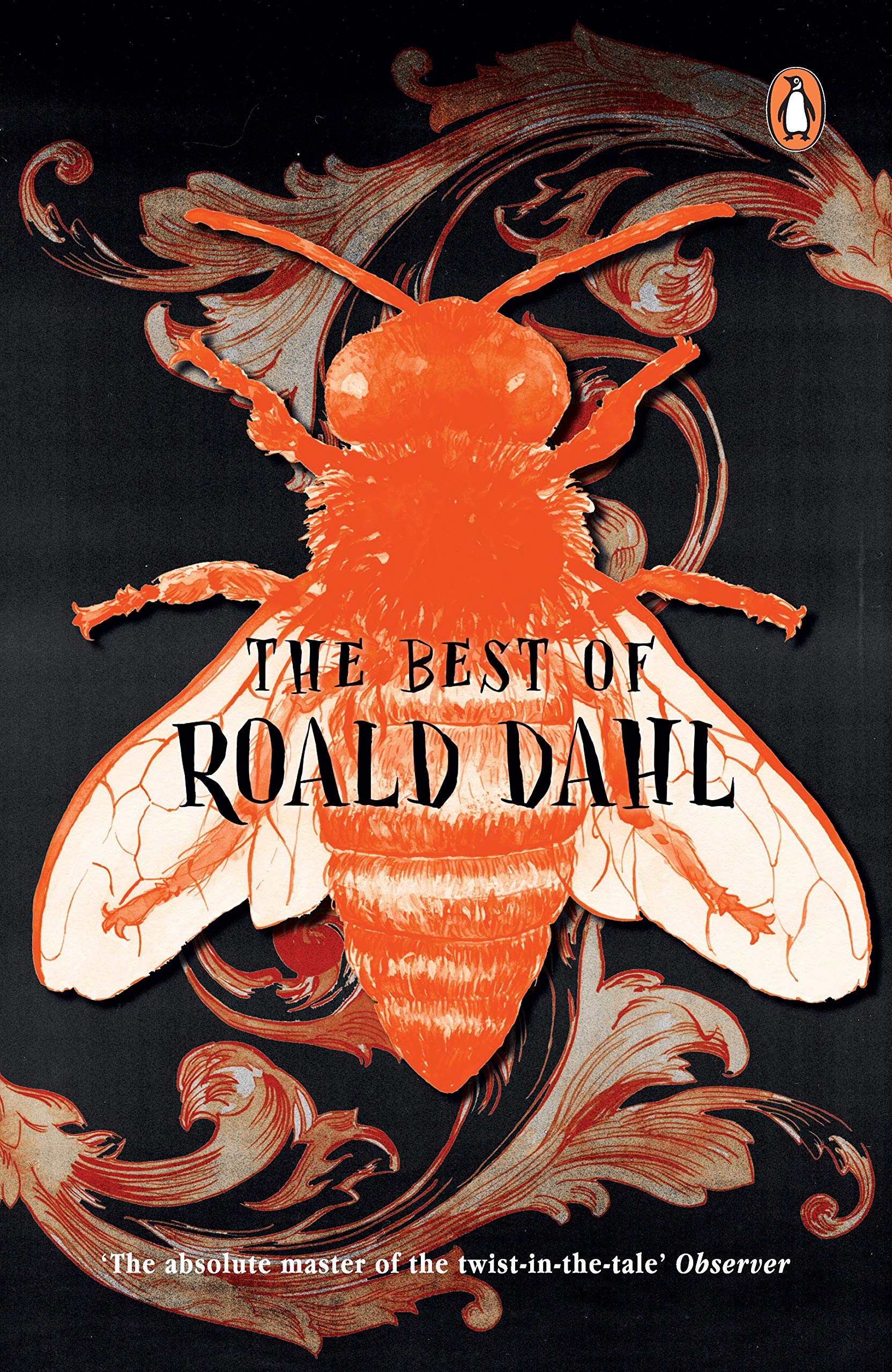 There’s no Charlie or a whimsical chocolate factory here. It’s dark and twisted and reeks of macabre. Roald Dahl’s stories for adults are addictive.

And if you think about it, Matilda’s principal Agatha Trunchbull is basically the other half of Dahl’s brain that absolutely loves to curdle our brain and blood.

This anthology showcases the master storyteller’s love for twists and turns, especially in the stories, Genesis and Catastrophe (where a mother loses two of her children, and tries to save her third called Adolph, except this particular Adolph grows up to kill millions), The Landlady (a man stuck in a haunted mansion) and Lamb to the Slaughter (a pregnant wife with a motive).

If we could, we would recommend this collection twice, it’s that spellbinding.