A still from Punjab 1984
by Arundhati Chatterjee Discover

Local flavours in your streaming thaali: 12 regional films to cue up

A beginner’s watchlist that’s anything but cliché

Remember the time you went chest-thumping on Twitter about how Sacred Games was better than Narcos? You were one of millions of Indians to do so. This goosebump-inducing brand of nationalism instantly expands the chest from M to XXL.

It’s us against the world, our cinema versus theirs. And our regional film reservoir, like our assortment of spices, is diverse and goes way beyond Bollywood.

We may be global citizens, fluent in foreign language films (thank you Parasite), but can we deny the unifying power of Zingaat at a visarjan or a sangeet afterparty? Didn’t think so.

And if you felt SS Rajamouli’s Baahubali was far better than Game of Thrones, some may call it blasphemous, but rest assured, you aren’t the lone ranger.

A moment of truth: Indian cinema’s body of work is richer than most Swiss Bank account holders.

Our regional films have built a fine reputation by winning laurels across film festivals in Berlin, Cannes and Toronto. And our streaming platforms are making sure that we wake up to their genius sooner rather than later.

From the gritty action-thrillers of Telugu, Malayalam and Tamil cinema, to earthy sensitive stories from Maharashtra, to emotional rollercoasters coming out of Assam and West Bengal, we curated some of our favourite regional films for you to get closer to the roots.

Disclaimer: We tried our best to represent most film industries, unfortunately, a lot of movies aren’t streaming at the moment. 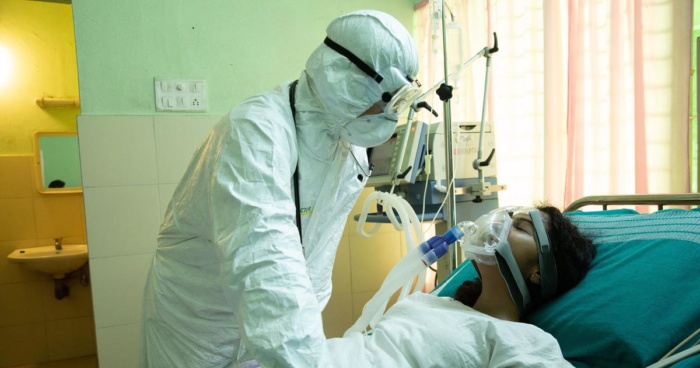 This blockbuster Malayalam movie transports us to the summer of 2018 when the deadly Nipah outbreak takes place in the Kozhikode and Malappuram districts in Kerala.

Aashiq Abu’s Virus delves further into the bureaucracy within the healthcare ministry as the system and officials investigate, trace the origin and fight the potentially fatal infection. Familiar much?

Well, presently, truth is still stranger than this fiction. And we’re pinning our hopes on watching the sequel based on the Covid-19 crisis soon. 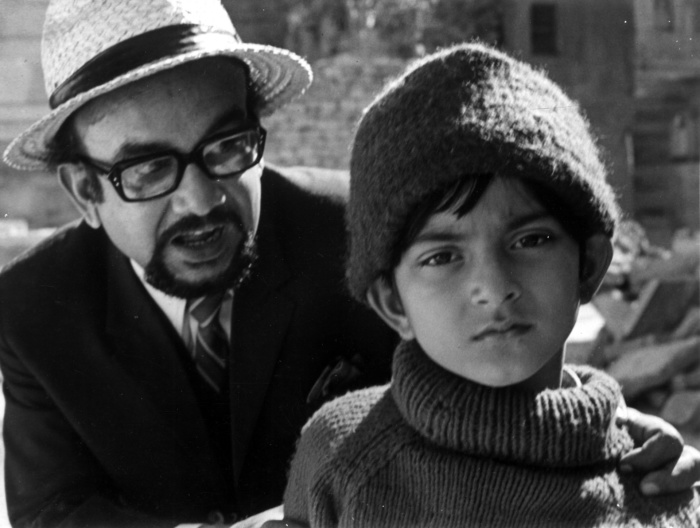 This is for every time Bengalis shame your lack of Feluda intel. Sonar Kella (The Golden Fortress) was the first Feluda adventure Satyajit Ray mounted on screen and it put Jaisalmer on the tourist radar.

Mukul (Kushal Chakraborty), a young boy claims that he remembers his past life. His drawings – forts, palaces and camels – suggest that he lived in Rajasthan. Thus, we embark on a train journey with Mukul and parapsychologist Dr Hajra to trace his previous life in the desert state.

Feluda’s (Soumitra Chatterjee) services are solicited to protect Mukul, but can he stop impending doom? Or will we find something that doesn’t even exist?

This detective thriller for all ages will keep you up Googling camel safaris across Jaisalmer and other desert legends. 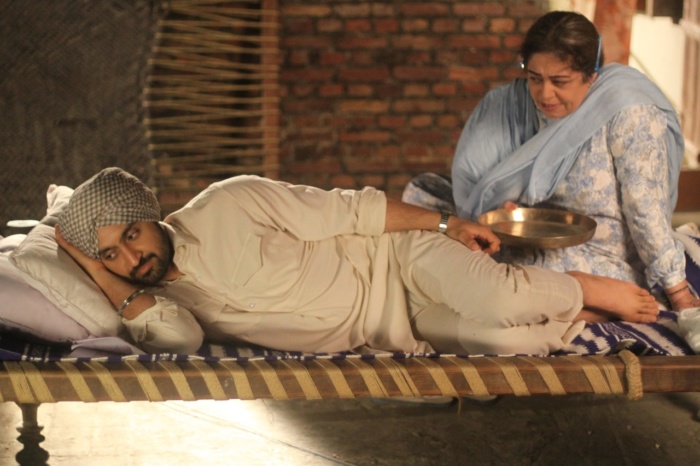 The film doesn’t chronicle the political side of the traumatic Blue Star operation of 1984. Instead, it takes us to the aftermath and presents a humane corner of the bigger picture that resonates with thousands.

“Dedicated to the thousands of mothers who lost their sons to the 1984 riots”, Anurag Singh’s Punjab 1984 follows the story of a mother (Kirron Kher) and her missing son (Diljit Dosanjh) – who is labelled a terrorist.

While we feel dejected as the son fights multiple layers of red tape to finally return home, we also get a glimpse of what a sensitive time it was for the youth of the state.

Punjab 1984 unearths the fragility of life and shows us how a single unexpected turn can separate you from your loved ones without a warning. 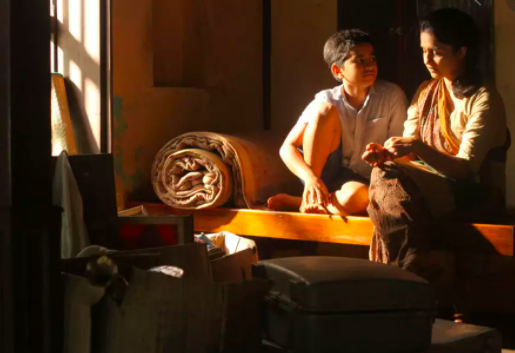 Nature versus nurture is a debate that never goes out of fashion in the circle of psychologists. In Avinash Arun’s Killa, the two come together to chart the emotional transformation of the grief-stricken 11-year-old Chinmay (Archit Deodhar).

After losing his father, his mother and he move to a coastal town in the Konkan, far from the bustling city life of Pune. The film juxtaposes various coping mechanisms.

While the mother bottles it all up, the adolescent Chinmay takes the route of excesses – foul language and a sharp tendency to rebel.

It’s the journey they make to meet each other halfway that forms the sensitive core of this critically acclaimed film.

While you’re on board, you will couch-travel through pristine beaches and desiccated forts. Extra points to the man in charge of recce. 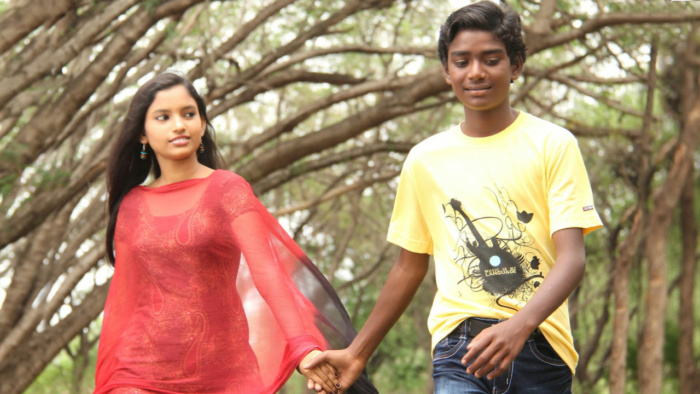 Years before Anubhav Sinha’s Article 15 (2019) scratched beneath the surface of India’s caste system, Nagral Manjule’s Fandry gave us one of the most-rounded portraits of the social evil in this 2013 hit.

Jabya (Somnath Avghade), who hails from the Dalit ‘Kaikadi’ tribe, tries to woo the fair-skinned Shalu (Rajshree Kharat), from one of the higher-caste families.

But his drowning-in-debt parents keep him from buying new clothes to impress his lofty dream girl. He hatches a plan of his own that he must accomplish before the Diwali fair —it involves getting rid of all the pigs in the village, among other things.

Fandry’s slow pace makes you feel how Jabya’s life is dragging from one day to another, but Manjule’s storytelling convinces us that there’s always a flicker of hope to hold on to. 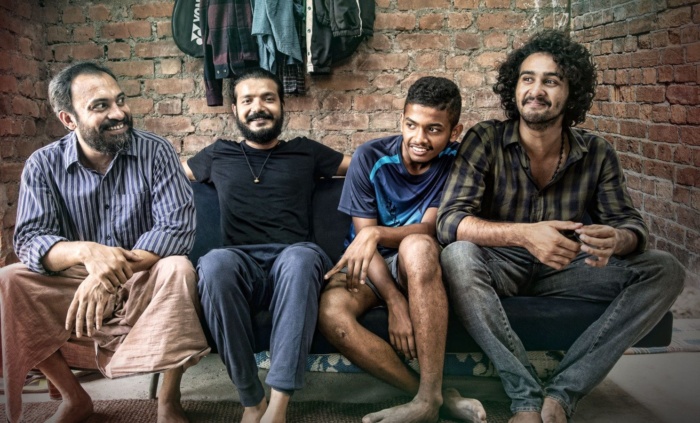 A relationship drama is never made of perfect people; we love their flaws and imperfections because we connect with them too.

Madhu C. Narayanan‘s Kumbalangi Nights is a thorough examination of love lost between siblings and how they grow closer once again.

Rooted in the reality of our times, three good-for-nothing brothers living in the fishing hamlet of Kumbalangi, put their differences aside to help their young brother win over his love interest.

A simple drama on the surface, it runs deep into the social issues of blind faith in religion, patriarchal evils and the widening class divide. 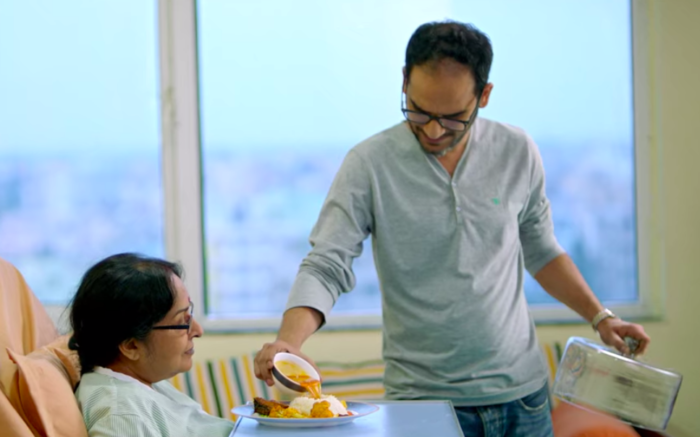 A movie plot surrounding a son trying to ace ghar ka khaana, in this case, ‘Maacher Jhol’. Sounds fishy? Well, it’s as Bengali as it gets.

A Bengali’s obsession with fish trickles down with a mustard-laced flavour of modern values in this 2017 drama.

Paris-based chef Dev D (Ritwick Chakraborty) is Kolkata-bound after 13 years to see his ailing mother (Mamata Shankar). Back home, the father-son bond is strained because baba doesn’t understand why his engineer son became a baawarchi.

His mother wants him to cook the Maacher Jhol (fish curry) that he had prepared before leaving the house. Sadly, years of estrangement and conditioned sophistication stand between him and the simple curry.

As he struggles to remember the perfect recipe, he also stumbles upon the ingredients to mend his frosty filial bonds. 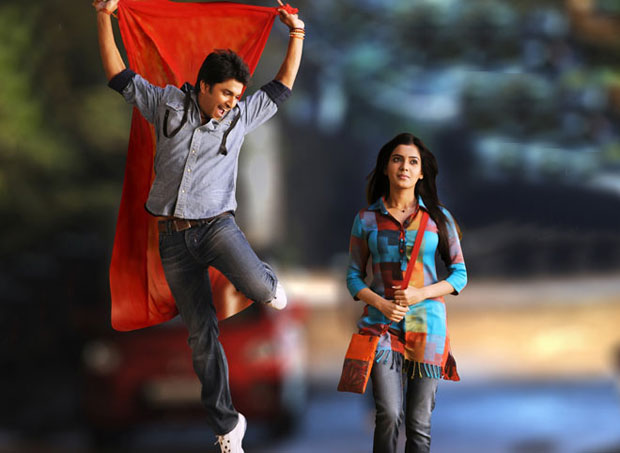 If you ignored this ‘buzz’ in 2012, thank cinema gods, the fly is buzzing again on Netflix. The man behind Baahubali, SS Rajamouli’s Eega is an outlandish-yet-entertaining tale of vengeance.

Nani (played by Nani), who loves Bindu (Samantha Ruth Prabhu), is murdered by a jealous Sudeep (Sudeepa), a possessive lover of Bindu’s. Nani, unlike most of us, is granted an opportunity to avenge his death. Reincarnated as a fly, Nani and Bindu conspire to make Sudeep’s life a living hell.

Eega sways between fantasy and sci-fi, and packs in enough laughter not because of ridiculous VFX (it’s top-notch, in fact), but because it is genuinely funny.

PS: The film may lead to an irrational fear of flies. Blame it on Rajamouli’s genius. 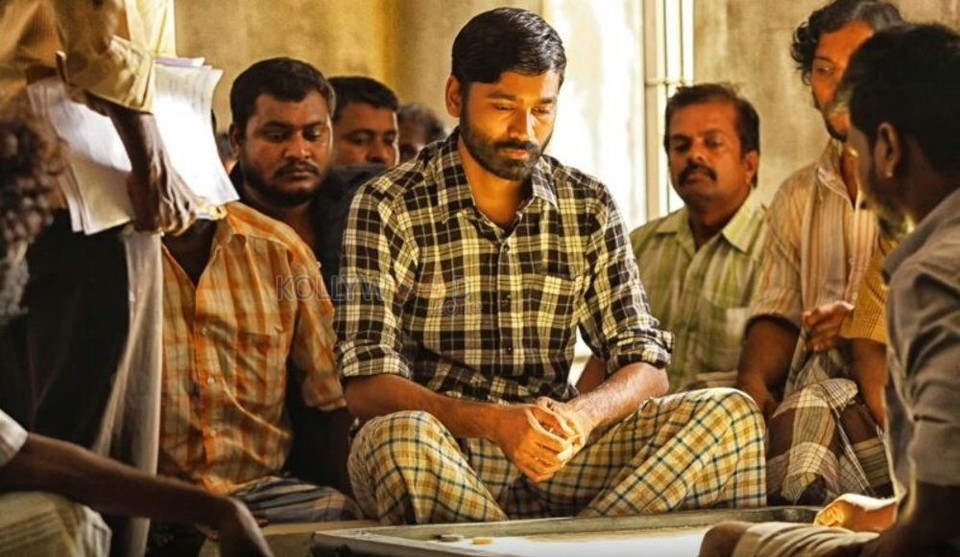 Director Vetrimaaran’s movie opens with a cold-blooded murder, but they take spoilers seriously and don’t tell us who the victim is.

Vada Chennai fast forwards to 2000 where a series of unforeseen events lands Anbu (Dhanush), a fisherman and state-level carrom player in prison. It turns into a gang war with layered intentions and decade-long secrets — really well-kept.

Watch out for the other murder scene that’s set against the backdrop of a carrom tournament in the jail. The strangely likeable mix of action and dark comedy puts this one way ahead in the league of Tamil action dramas. 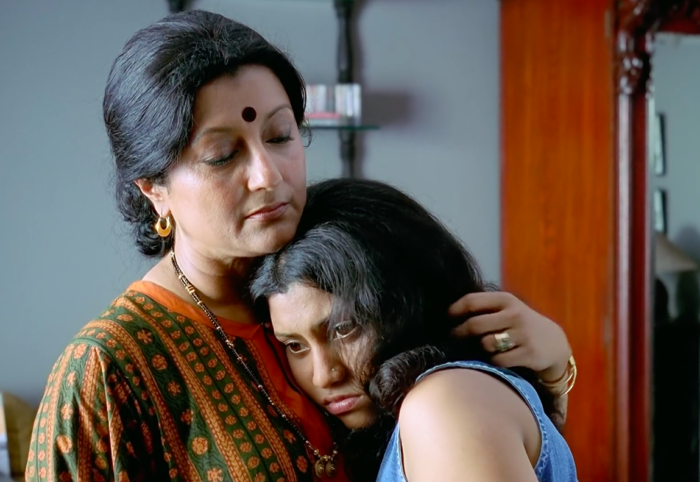 Rituparno Ghosh has repeatedly shifted the focus from the Scotch-drinking Bengali bhadralok to the women of the household in his films.

Her mother is her closest confidante and indulges this infatuation. But when they give a lift to a stranded man on the road (surprise, surprise: the Bollywood star), the past throws up surprises of its own and Titli realises that Roy was, in fact, her mother’s lover from her college days.

As Titli’s world comes crashing down, we ride the rollercoaster of emotions – jealousy, heartbreak and betrayal – in the misty foothills and tea estates of Darjeeling. 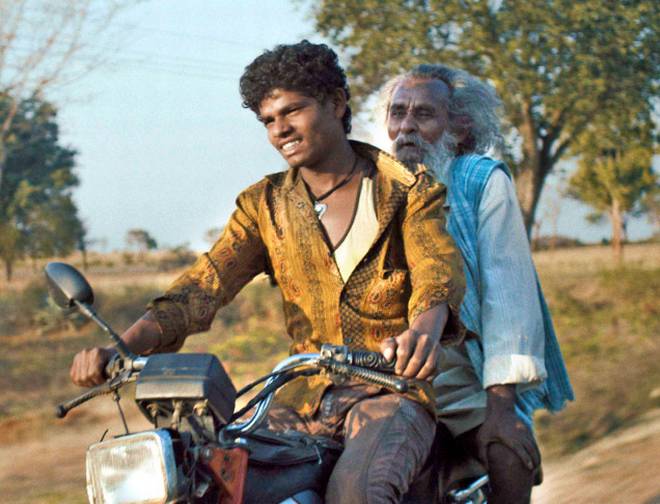 In a remote village in South India, we meet three generations of sons as they react to the demise of their patriarch, lovingly called Century Gowda (Singrigowda), a 101-year-old man with his own quirks.

The movie capsules an 11-day journey, culminating in the ‘thithi’.

Death holds a rather dark and grim reputation, but in Reddy’s movie, we see the lighter side of life and learn to laugh a little as the men navigate through grief. 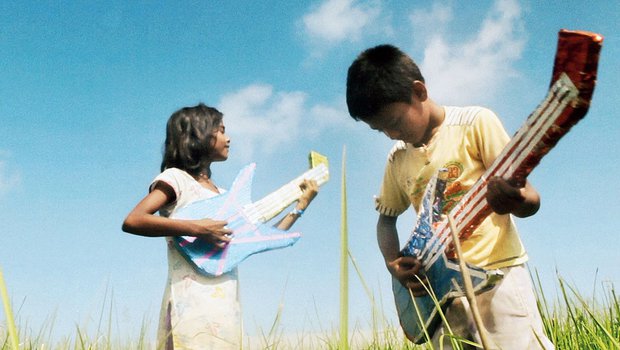 Rima Das pulled off an Orson Welles with her coming-of-age drama, Village Rockstars.

The one-woman-show Das wrote, directed, filmed and edited is set in her hometown, Chaygaon in Assam.

But her story resonates across the country: a young girl dreams of owning a guitar to join a local band of boys.

Dhunu (Bhanita Das), the rebellious 10 year old in the impoverished village is a fighter. Even amidst ravaging floods, destroyed crops and endless poverty, she never stops dreaming.

Village Rockstars’s is Das’s love letter to her hometown, its resilience and ferocious dedication.