The ultimate Irrfan Khan movie watchlist to help you cope

Paying tribute in the way he would have wanted us to

It’s been a year, yet it feels just like yesterday.

You were ugly crying and we were too. We had thought 2020 had prepared us for the worst. That is, until we had received several WhatsApp messages informing us that Irrfan Khan was no more. Could it be a death hoax? We prayed that we were wrong, like the entire country did.

He had just returned from his two-year-long battle with an neuroendocrine tumour. Even as the release of Angrezi Medium ran into problems thanks to COVID-19, we still had a reason to smile: there was an Irrfan Khan movie to look forward to.

But as the TV channels flashed the breaking news on loop and confirmed our fears, we felt the kind of pain that accompanies the loss of a close friend.

On his first death anniversary, we’re cueing up our Irrfan Khan movie marathon, re-watching his work all the way back from Salaam Bombay to Karwaan.

But honestly, it’s difficult to focus.

The Irrfan Khan movie watchlist for all seasons 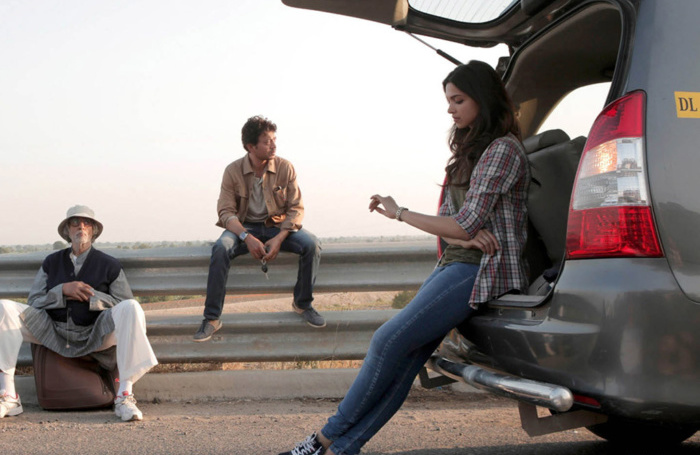 As someone who watches Hindi movies as often as you spot Hailey’s Comet from Earth, my trysts with Bollywood are dominated by Irrfan Khan. He’s the insurance policy — even if the script makes me want to play darts with my eardrums and the plot is lost somewhere in the fifth dimension, Khan will conduct a rescue mission, working harder than everyone else without looking like he’s trying at all.

Piku traces the tempestuous relationships we share with family, especially when it’s time for child to parent the parent. Amitabh Bachchan as the constipated grouch will force you to grit your teeth to keep from yelling at the screen.

Deepika Padukone plays his long-suffering daughter who makes herself insufferable to others. It will remind you of those moments after disconnecting from a particularly grating phone call with Ma at 3 pm on a Monday, when you resume work with the delicacy of Godzilla destroying Tokyo.

Piku is Khan’s masterclass in the art of scene-stealing. Nestled between a scowling Padukone and a growling Bachchan, he brought levity and nuance, his irrepressible smirk constantly threatening to blow up into uncontrollable belly laughs. — Rochelle Pinto 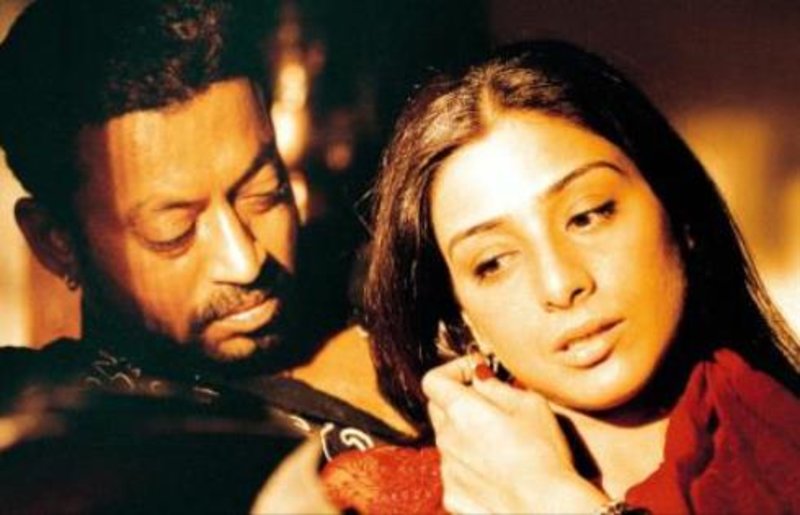 Macbeth was the first Shakespeare play I read and it became a favourite. I wanted to devour everything Macbeth-related in terms of adaptations and Maqbool instantly topped the list.

This Irrfan Khan movie directed by Vishal Bharadwaj shows the actor’s brilliance in every scene. The subtlety of his expressions, the sudden changes in demeanour – he wore the insecurities of Macbeth on his sleeve without hamming it up to the point of a literature lesson.

You can see the character’s torment in his eyes as he transitions from obedient to tortured, agonised and in love. Every emotion comes through with such ease in Khan’s acting. I can keep watching him perform his Macbeth over and over again. — Sara Hussain

Directed by Mira Nair, this Irrfan Khan movie set between India and the US, may have been about a young American-Indian, Gogol, exploring his Indian heritage and navigating his cross-cultural existence, but the quiet man who gives him his peculiar name leaves a lasting impression on both the viewer and Gogol.

His father Ashoke Ganguli was played with quiet restraint by Khan — who immersed himself into the role of the solemn pillar of the family.

Nothing is overplayed — not the quiet romance between him and his wife (Tabu), nor his relationship with his conflicted son. Subtle gestures, a nod here, a tear there, encapsulate what made Khan the best of his kind — an actor who could move you to tears, without even saying a word. — Chandni Sehgal

Vishal Bhardwaj’s take on Hamlet took us to the conflicted valley of Kashmir,  and the film assured that nobody left the theatres unscathed. Shahid Kapoor’s Haider struggles to find closure after his father’s death in insurgency-struck Jammu & Kashmir. Tabu’s Ghazala (Gertrude) and Shraddha Kapoor’s Arshia (based on Ophelia) play their parts with abandon, but there was one man who was not to be found in the original play.

An hour into the movie, we see a man limping through the snow towards us. The famous “Aao Na” guitar riff orchestrates this rock-star entry, and ultimately, we see Khan. He literally stares into our soul from the other side. And before he says anything, the intermission lights turn on.

That introduction left me speechless. Who was he playing? Where did he come from? If he is so important, why was he not in the trailer?

Well, we are further introduced to him in the second half as Roohdar – “Main doctor ki rooh (soul) hoon.” He could be the character Bhardwaj uses to showcase Haider’s father’s ghost in the movie.

But in the second half, he flits in and out of scenes and certainly becomes the soul of the movie. Haider couldn’t inch towards the truth without Roohdar, and the story would cease to exist.

All of the sudden, he becomes the thread that carries the plot along, and even years later, keeps us wanting for more. — Arundhati Chatterjee

Have you ever sat down by yourself after a movie and stitched together a list of actors who you think could have played the parts better? Try doing that for Saajan Fernandes in The Lunchbox, and you will draw a blank.

This Irrfan Khan movie tells the tale of an unforeseen mix-up that leads to a series of endearing exchanges between an out-of-sorts housewife (played by Nimrat Kaur), and a dejected widower (played by Irrfan Khan).

Khan’s depiction of forlorn Mr Fernandes, who seems to have surrendered to monotony, makes even despondency seem beautiful. But what really makes the performance are the flashes of innocent pleasure that Khan masterfully packages in coy smiles and delivers with what can only be termed as sheer excellence. — Nikhita Arora

Paan Singh Tomar is a biographical film of an Indian soldier and athlete, turned dacoit. The film sucks you in not just because of the fact that a real person was pushed to such violence but also by Khan’s empathetic portrayal of it all.

He has you rooting for him all along. From when he was a national steeplechase champion to the anger that made him pick up the gun. Khan’s haunting portrayal of the titular character makes you question your own morality – wondering where the line between right and wrong vanishes when you’re pushed to your limits.

There’s an understated elegance to the fluidity with which Khan moves between the emotions. Once the pride of a nation he served to fight for, becoming a most-wanted criminal hunted by the very people who once cheered for you.

You’re left with a gut punch by the end of the movie, feeling Khan’s frustrations long after the credits end. — Sara Hussain