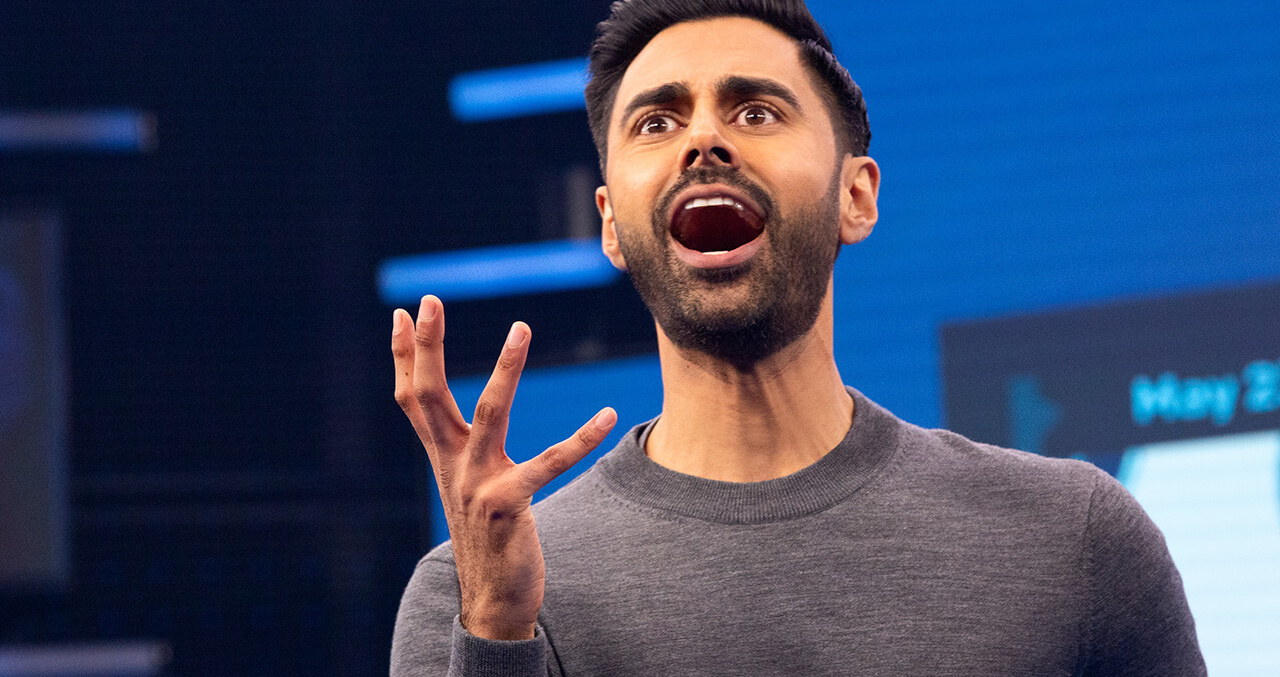 Upset that Patriot Act with Hasan Minhaj is cancelled? Rage watch these episodes in protest

In 2018, when Twitter resembled a troll carnival and news anchors were walking, screaming ads for Strepsils, Indo-American comedian Hasan Minhaj’s weekly show, Patriot Act with Hasan Minhaj, felt like a shot of oxygen.

Minhaj wasn’t roasting his guests or damaging our ear drums. With his quick wit and team of sharp observers, writers and investigators, week after week, he tackled news from across the globe with in-depth analysis.

From taxes (the bane of every generation) and Indian politics, to living with debt in the US to unearthing America’s relationship with Saudi Arabia, Minhaj became a household name over the six seasons of his show.

Sadly, all good things come to an end, and Patriot Act is no exception.

Last evening, the comedian took to Twitter for his curtain call. “What a run. @patriotact has come to an end. I got to work with the best writers, producers, researchers, and animators in the game. My 2 babies were born and grew up with the show. TY to @Netflix and everyone who watched. Now it’s time to return these screens to Best Buy”

Thankfully, the show is not going off the streaming platform, and we took this chance to look back at some of our favourite moments from Minhaj’s extensive coverage.

Last year, days before the ICC Cricket World Cup 2019 got underway, Minhaj dropped a razor-sharp episode on how the BCCI (the country’s cricket governing organisation) used the Indian Premier League (IPL) as a multi-million dollar pawn to control the International Cricket Council (ICC) and other cricket-playing nations.

We can only imagine what a riveting introduction to cricket this episode must have been to the unsuspecting American audience.

The episode featured snippets from West Indian legends Brian Lara and Michael Holding, but the winner was the interview with disgraced former IPL mogul Lalit Modi, where he confesses to propelling BCCI to a higher plane than cricket itself, and not always playing fair.

It was an exemplary show of balance and represented both factions of the political duel. And while his team reached out to members of both the parties — BJP and Congress — the former refused his invitation, while Congressman Shashi Tharoor agreed to talk to Minhaj.

As expected, not too many were happy with the episode. In fact, an army of detractors took to Twitter to express their want: Ban Netflix, ban the show, ban Minhaj.

Well, nobody was banned, but Minhaj followed up the backlash with an apology, his trademark sass intact. 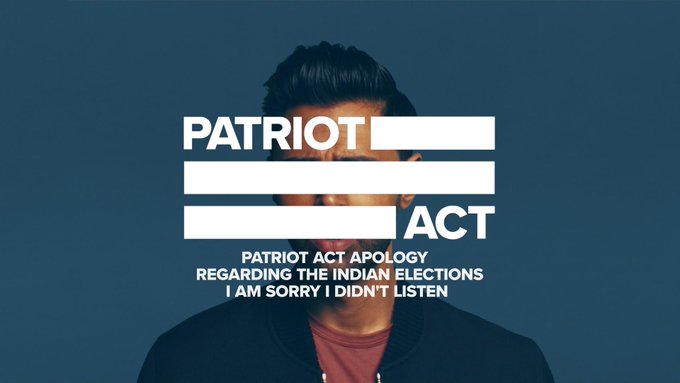 He stepped out of his live-audience studio set-up for an intimate conversation with South Asian ‘desi’ kids growing up in the US to sum up the culturally divisive experience of being an outsider, who’s not really an outsider.

Why The News Industry Is Dying

Minhaj lands in the crumbling debris of American media and reports on why the country’s media empire is falling and nobody really cares. From dealing with fake news to how private equity firms are taking over the fourth estate of democracy, this episode of Patriot Act is an attempt to get Americans to take note of the dying print industry and go back to subscribing to the dailies.

The episode does raise some timely questions: how to spot the fine line between gossip and news and why news can be ‘unwatchable’ today.

Why Billionaires Won’t Save Us

All those praying Elon Musk succeeds in his Mars mission, this one’s for you. The episode is also for everybody who believes that billionaires are born with a heart of gold and never tire of charity.

Minhaj investigates how philanthropists and their connections with charity are not exactly as pious as they seem, and how it’s a channel to dictate politics and eventually the nation.

This one’s mind-boggling and may evoke a change of heart and mind. 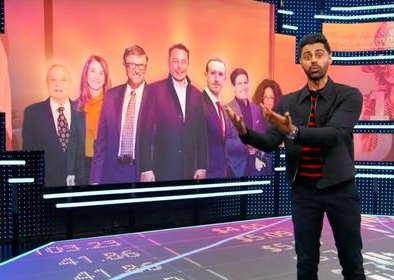