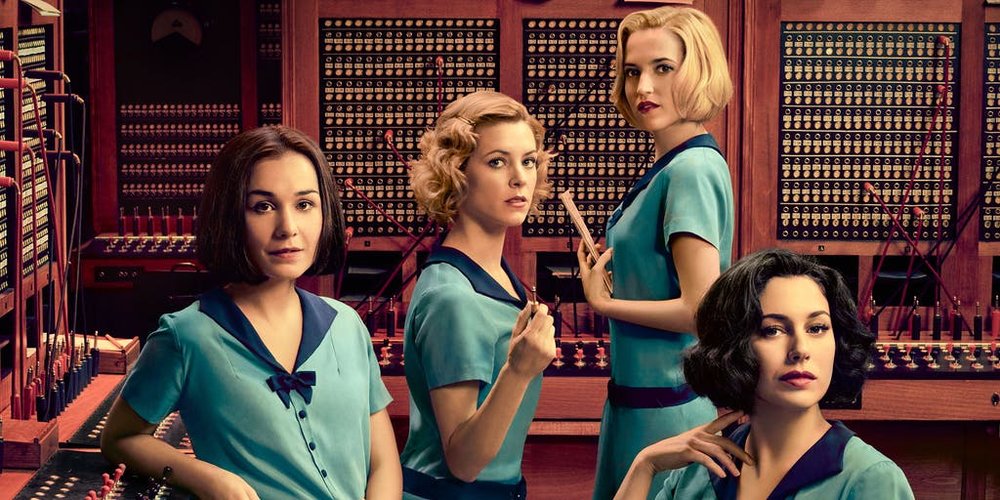 A still from Cable Girls
by Arundhati Chatterjee Watch

12 foreign-language shows to binge: we promise you won't get lost in translation

When Robin Williams says, “Carpe Diem”, in Dead Poets Society, he motivates us to leave our couch, stretch our frozen arms and actually seize the day. Chemistry becomes more comprehensible when Sushmita Sen struts down the corridor in chiffon saris in Main Hoon Na.

We have nothing against your French or Spanish classes on Zoom with 20 other yawning faces on screen. But we may have found a more entertaining way to cope with language and culture studies.

With their selection of documentaries, online streaming platforms are already giving stiff competition to encyclopaedias. And for a while now, their canon of foreign films laid the foundation course of language studies. If you cleared the elementary test, you are ready for more rapid reading of subtitles.

PS: Don’t use the cheat code to switch to the dubbed audio in English. That’s like carrying 20 packs of khakra on your vacation to Tokyo.

Add these 10 foreign-language shows to your watchlist, stat 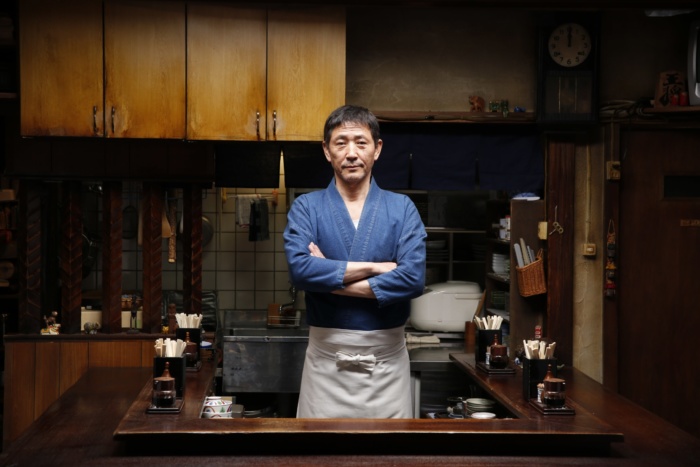 Say hello to the Humans of Tokyo; they’re just like us. From Netflix’s Japan outpost comes Midnight Diner: Tokyo Stories — and it feels like home.

Director Joji Matsuoka’s series follows the owner of a hole-in-the-wall Tokyo restaurant (regulars call him ‘Master’) and tells us short slice-of-life stories of family, friendship, and humanity set in the nation’s capital.

Master (played by Kaoru Kobayashi) runs his restaurant between midnight and 7AM. Despite having a set menu, he cooks anything his customers ask for.

Each dish is a gateway to the story of the day – a sneak peek into the lives of his clientele. The show touches upon issues – big (racism and marriages, coping with parenthood) and simple (falling in love, reunion of old friends).

Don’t binge-watch this flavourful show; savour it, one episode at a time – for its gratifying aftertaste. 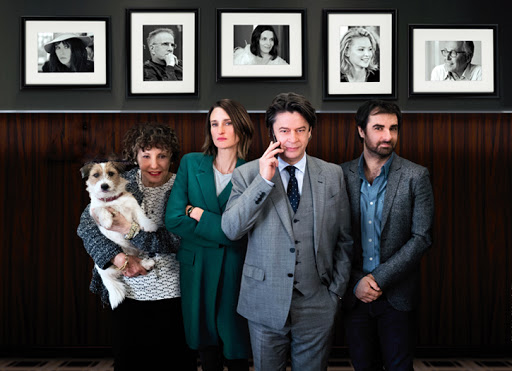 In this French workplace comedy, the lines blur between fact and fiction. On the surface, Fanny Herrero’s Call My Agent! is the story of a fictional Parisian talent firm, Samuel Kerr Agency.

We follow four agents who represent the biggest names in French showbiz. When their founder dies, the team needs all hands on deck to deal with money-laundering scams, irksome clients and dodging the media.

The twist? The agents are fictional, but the clients aren’t. A roster of French A-listers are the clients in need of guidance, ego massages, and the occasional therapy session.

Call My Agent! feels like a hilarious behind-the-scenes montage littered with fiascos and bloopers. 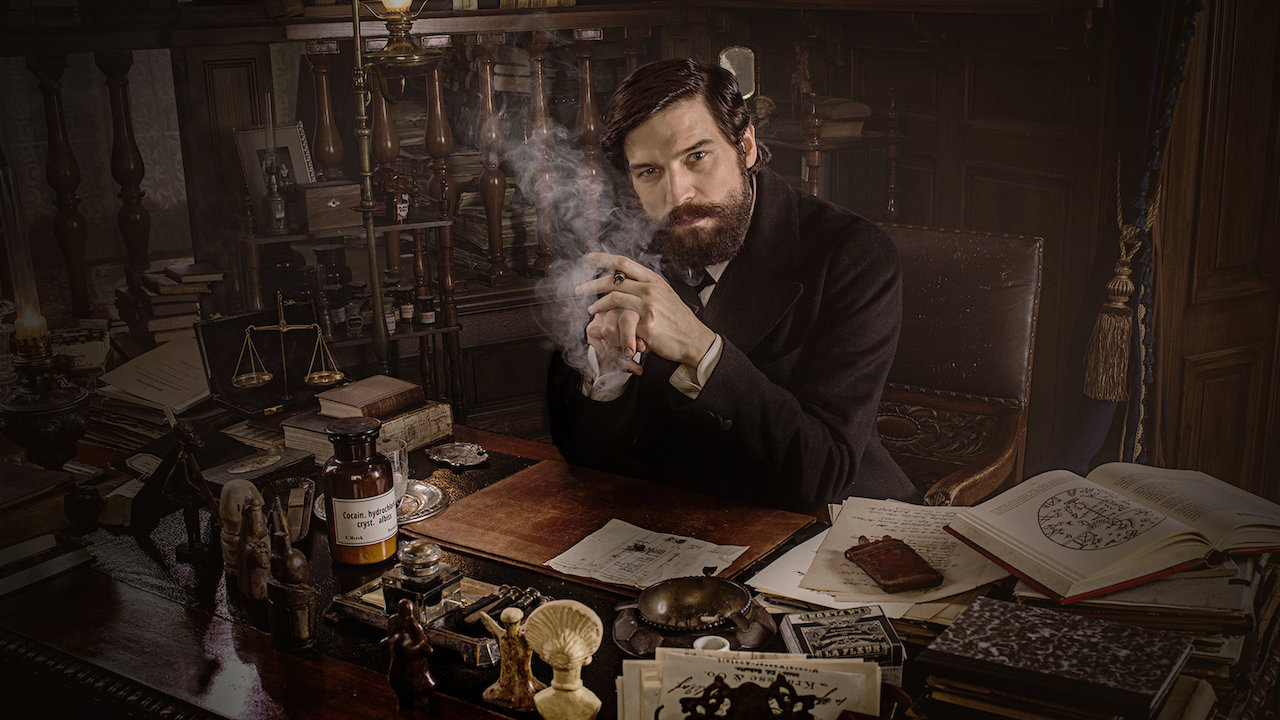 Welcome to the origin story of the father of psychoanalysis — Sigmund Freud.

We have studied him in college and used ‘Freudian slip’ as a cover for our problematic thoughts. But this German drama introduces us to a 20-something Freud (Robert Finster), who is a drug-addled sleuth and witch hunter.

In Vienna, in the late 1800s, young Freud teams up with psychic Fleur Salomé (Ella Rumpf) and cop Alfred Kiss (Georg Friedrich) to investigate murders (mostly crimes of passion) and dives deep into the world of hypnosis and occult.

There are enough loopholes and craters in terms of historical accuracy. But if Abraham Lincoln could be a vampire hunter, Freud sure feels believable as a man of the occult. 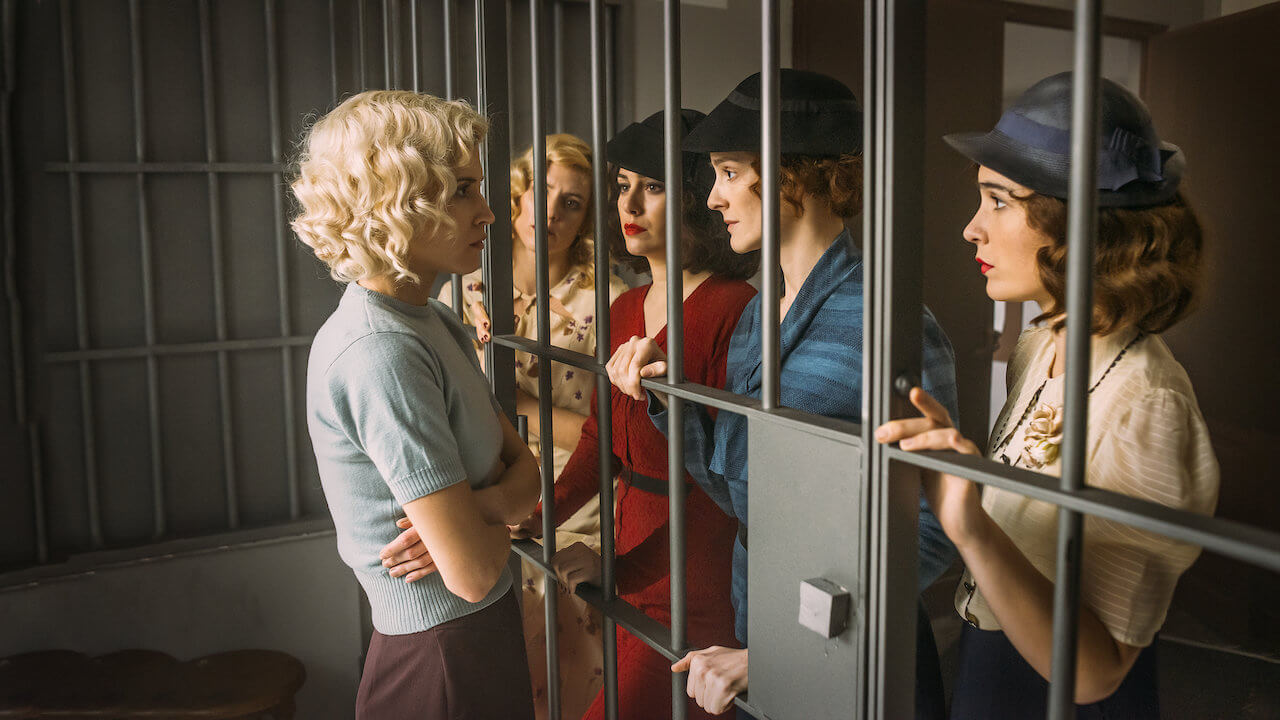 At its core, this period drama is about women empowerment and female friendships. Netflix’s first Spanish show, Cable Girls is created by Ramón Campos and Gema R. Neira.

Despite the initial hiccups in their friendship, the women soon realise that in order to survive in the male-dominated world, they have to stick together and be assertive – a lesson that never goes out of fashion.

As we navigate their issues of workplace sexism, tumultuous relationships, LGBT rights and domestic abuse, Cable Girls reminds us that even a century later, the more things change, the more they remain the same.

When life gives you lemons, you make tequila and do everything else that Google recommends.

But in Maria Luiza’s (played by Maria Casadevall) case, when life gave her lemons: a cheating husband who took away all her money, she decided to open a live Bossa nova club with her long-lost friend, Ligia.

Set in Rio de Janeiro in the ’60s, the picturesque beaches and boulevards flanked by night clubs make this show look like a summer vacation with repeats of heady cocktails.

And in ways more than one, the light-hearted show is a potent mix of a whole lot of influences. While jazz and samba finds a united voice in bossa nova, we also see shades of classism and racism in Brazil’s heartland. 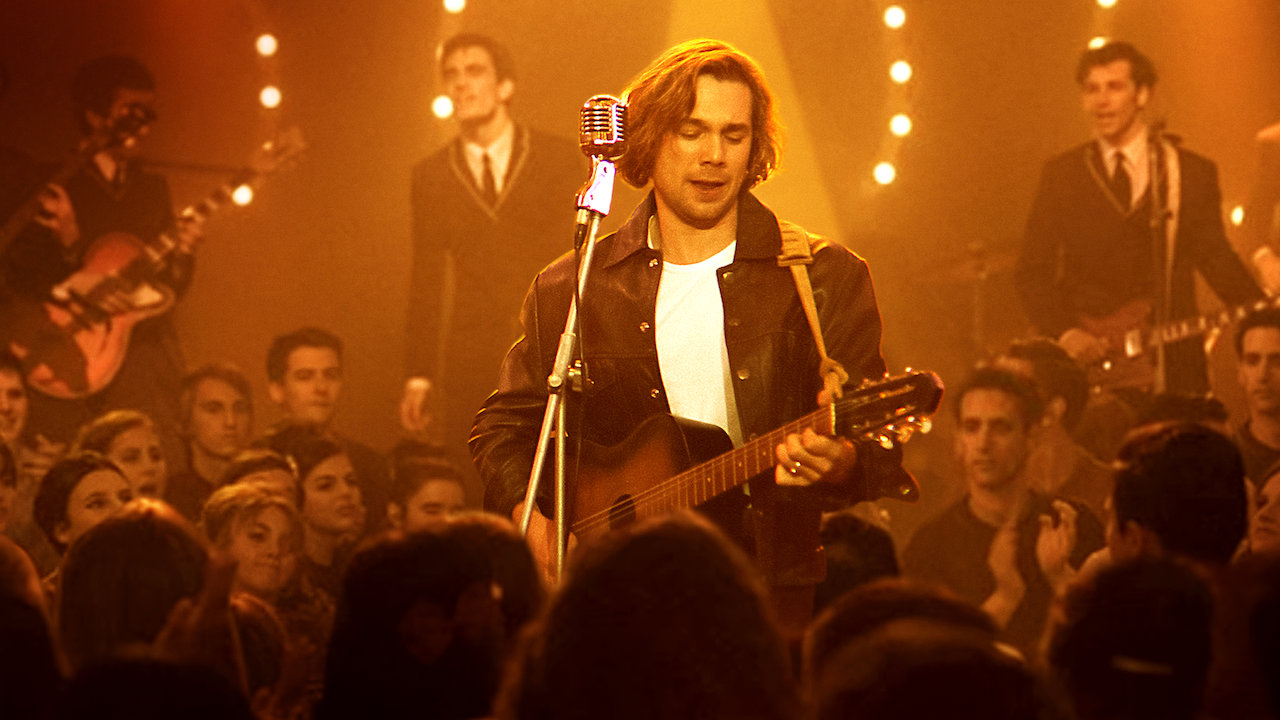 In the early ’60s, between Elvis Presley and Beatlemania, the rock music scene erupted in all its glory across the UK and the USA. But little is known about what was happening in any European nation.

Although the show follows the done-to-death trope of a troubled man with a difficult past and visionary ideas, the ’60s never grow stale, especially when it comes to exploring the counterculture and sexual revolution of the period.

45 RPM enters a familiar premise, but produces a magnificent “record” that you’ll play on repeat. 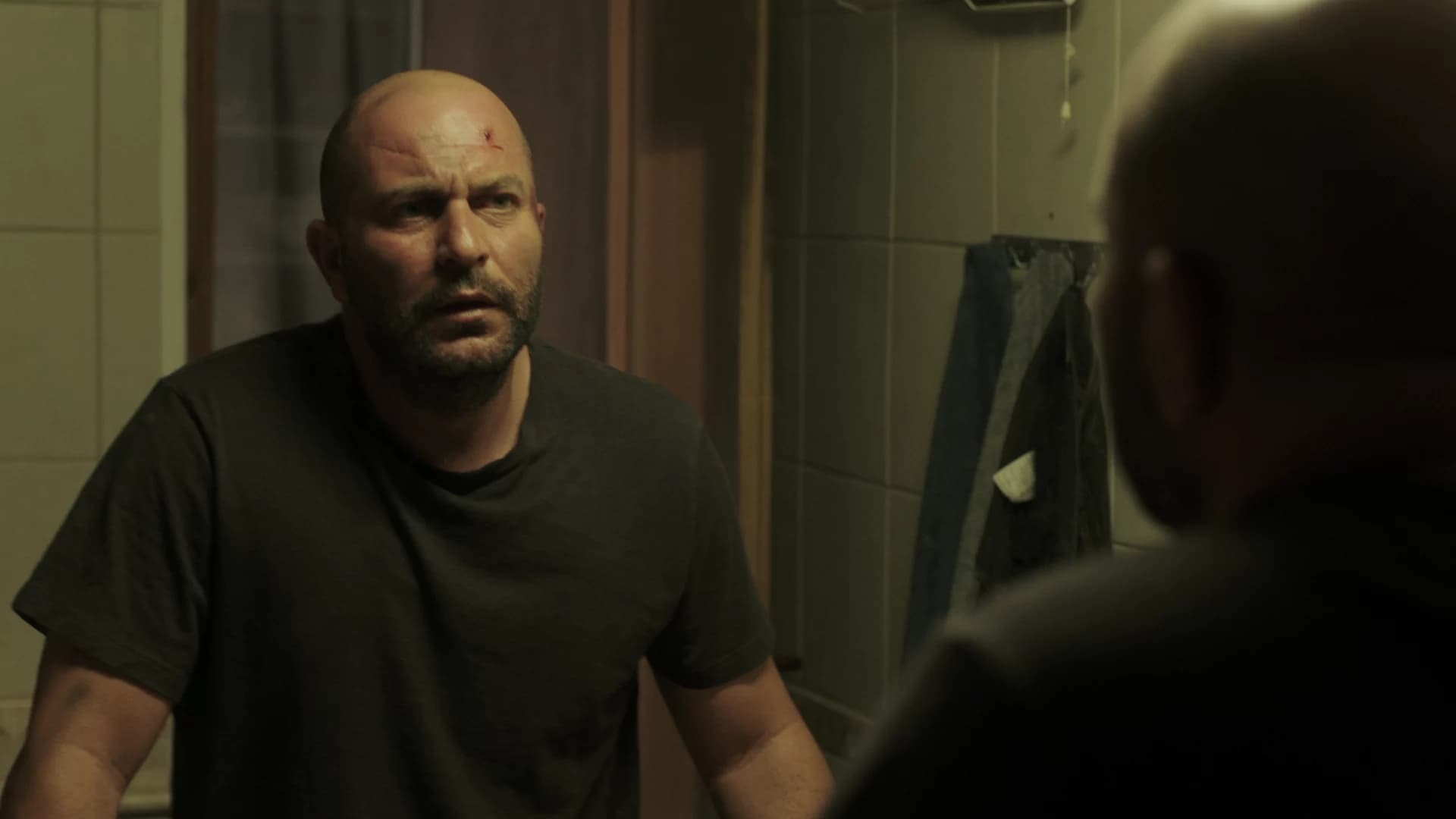 Every story, like coin, has two sides. Unfortunately, not many political shows rooted in reality manage to paint a balanced picture. But award-winning Israeli drama, Fauda, directed by Lior Raz (who also plays the protagonist) serves a wholesome balanced platter of all the Israel-Palestine conflict in this fast-paced action show.

Raz plays Doron Kavillio, an undercover commander of the Israeli Special Forces, operating inside Palestinian territories. Through his eyes, we follow Hamas terrorist Abu-Ahmed and his life on the other side of the fence.

Fauda humanises wars and international relations that are falling apart around us, left, right and centre.

Fun-fact: Once upon a time, Raz used to be Arnold Schwarzenegger’s bodyguard. 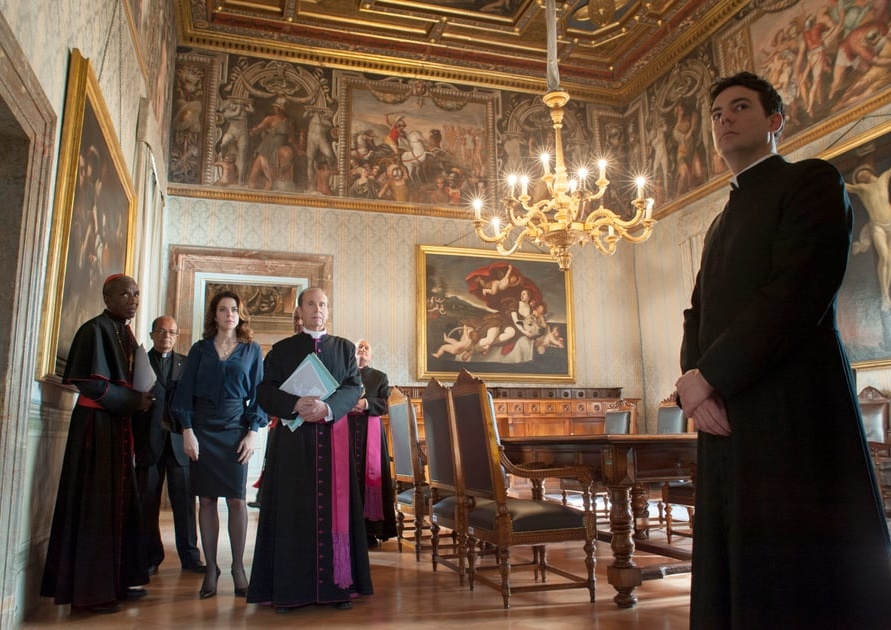 Politics, organised crime and religion brutally collide in this stylish Italian crime-thriller directed by Stefano Sollima. And as the trailer dictates, “Peace is not to last long”.

It’s 2008 in Rome, the mayor retires and his successor remains undecided. Three separate gangsters Aureliano Adami (Alessandro Borghi), Alberto Anacleti (Giacomo Ferrara) and Samurai (Francesco Acquaroli) plan to capitalise this opportunity to capture a piece of land they all have been eyeing.

While they approach politician Amedeo Cinaglia (Filippo Nigro) to put their individual plans into action, Sara Monaschi (Claudia Gerini), the Vatican’s financial auditor, won’t give up without a gory fight.

When it doesn’t indulge in violence, this show becomes your virtual Roman holiday with its majestic shots of the city. It’s bloody beautiful. 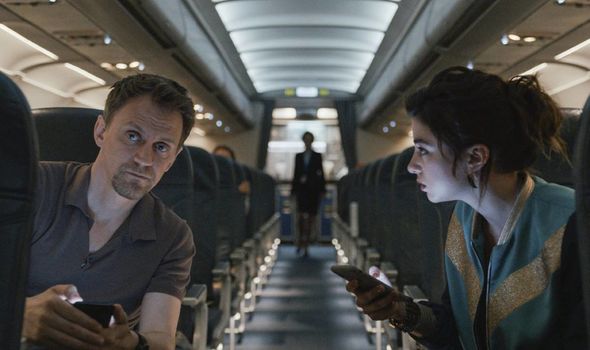 Into The Night, 2020
Languages: Dutch, French

In Jason George’s show – based on Jacek Dukaj’s sci-fi book, The Old Axolotl, Rik (Jan Bijvoet) a security guard finds out that the sun is suddenly on a killing rampage in Brussels.

There are reports of people dying from unknown causes when exposed to sunlight. He rushes to the airport to buy a ticket to any place in the west to elude sunrise.

On board, we are introduced to other passengers: a social media influencer, a NATO official, a climate scientist, a nurse and her son, a mechanic and the crew members.

Internal conflicts ensue, and problems multiply when the WIFI breaks, cockpit communications go kaput, and everybody is up in the air in a bubble of growing confusion.

A Russian radio signal and an emergency landing become their only way to survive. But can they really dodge the apocalypse? 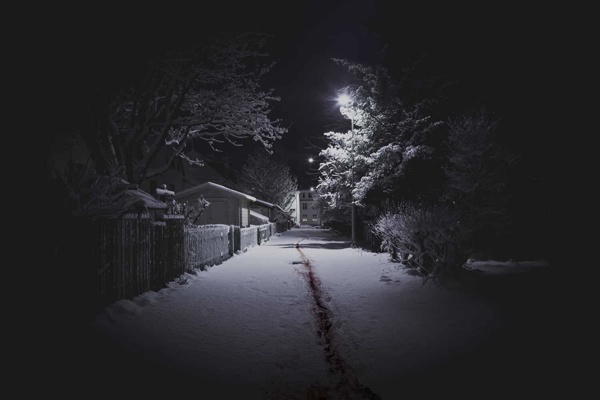 Slashed eyelids and bleeding heads, thanks to a serial killer on the loose. These aren’t exactly the visuals associated with take-my-breath-away Iceland. Thordur Palsson’s true crime show is loosely based on the serial murders that took place in Iceland in the ‘40s at an asylum.

When investigator Arnar (Björn Thors) is sent from Oslo to Reykjavik to solve a series of murders, he finds more than just a murderer.

The victims seem unrelated until the crimes lead him to an abandoned boys’ home named Valhalla – the site of several disturbing events that took place almost four decades ago.

Amidst all the cold-blooded murders, you’ll realise how things are done differently in Reykjavik. For instance, cops and detectives aren’t seen with guns at all times. And men and women both enjoy equal social status than in most shows streaming online.

You won’t spot any familiar faces in The Valhalla Murders, and we bet you will discover a side to Iceland you never thought could exist either. 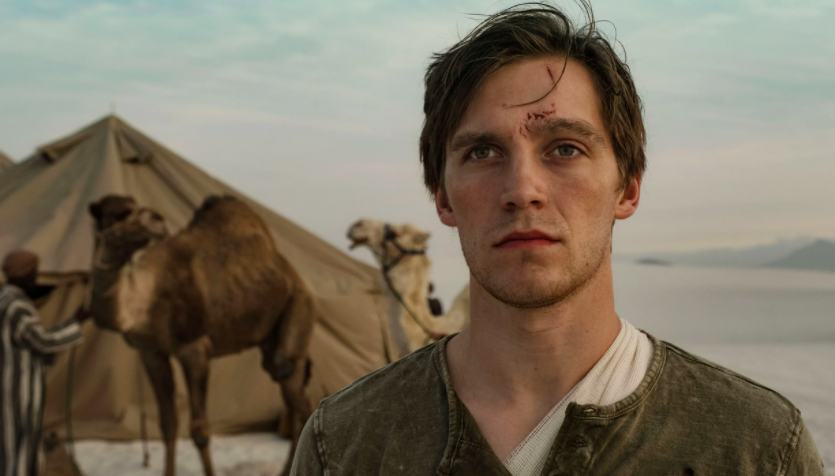 This period spy thriller by Anna Winger and Jörg Winger takes you back to the ’80s and leaves you all stressed out.

Set in1983, we see a Germany that is still divided, and Cold War has created tensions between the two factions – East and West. Martin Rauch (Jonas Nay), 24-year-old East German soldier is chosen to go undercover as a West German soldier into the opposite camp.

The naïve communist soon finds himself drawn to capitalist women and complex schemes he doesn’t comprehend too well. What follows is a lesson in history from both sides of the same country – steeped in missteps, misadventures and spy games.

Deutschland 83 is also armed with a powerful soundtrack. 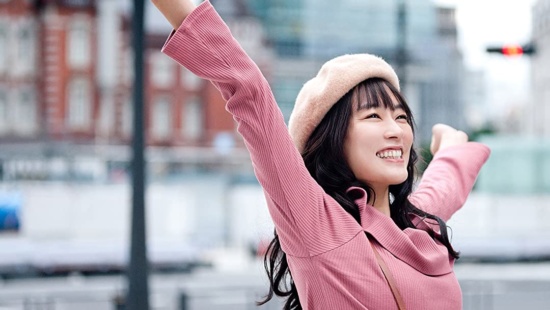 In director Yuki Tanada’s drama, the protagonist Aya Saito (played by Asami Mizukawa) wants to “become a person envied by others”. She is 23 and has never stepped out of her small town of Akita, Japan. As Aya decides to change her fate and moves to Tokyo to chase fame and money, she gets absorbed into the lives of wealthy women.

As she begins to emulate their ways and choices in her life, we get a deep contrasting insight into the city life and the small-town life in the Land of the Rising Sun.

Tokyo Girl is an engrossing social commentary and the easiest way to couch surf the Japanese capital.