Hear us out, before you protest

There’s something about John Cusack breaking the fourth wall, looking right at you and smirking, that just makes you swoon while watching High Fidelity. The film is a classic but I had no idea it was based on a book by Nick Hornby. Then lockdown gave me the perfect excuse to read the text that birthed one of the best movies of all time.

I wasn’t that impressed. Maybe it’s because the film built it up too much. Or it’s the duo of John Cusack and Jack Black that makes the screen version more lovable. Stating that to a friend led to some bruised egos and ripples in our relationship.

Adapting iconic books onto celluloid is a tricky business. When it comes to movies based on books, even among die-hard fans, you’ll have one side rooting for a great viewing experience and the other, filled with naysayers denouncing even the intention of turning their beloved tomes into a crappy film.

Before I get any bookworms rioting, I need to make clear that not all movies based on books are worth watching. But, there are some that make a great case for their kind.

And sometimes, the movie is even better than the book it is based on. Like High Fidelity.

There, I said it.

These films make great literature accessible to a wider audience. Book nerds like us also dream that they can be the best kind of gateway drug to the fantastical world of the books you keep recommending to your friends. It could finally pique their interest to take you up on your offer and dive headfirst into this new literary world.

Of course, we’ve got the better-known cult classics like The Lord of the Rings, One Flew Over the Cuckoo’s Nest, The Godfather and the Harry Potter series that you really can’t argue with. But these are ones that I feel are good contenders.

Movies based on books that live up to their source material 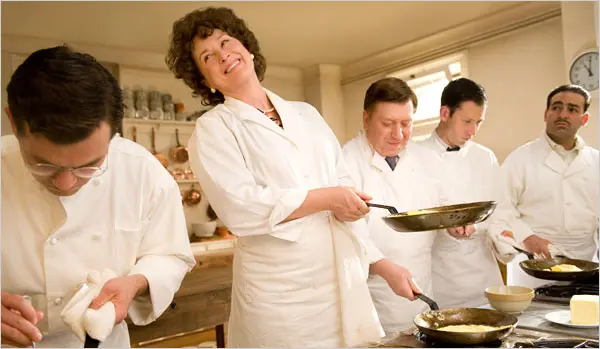 Powell blogged about her travails of cooking through Julia Child’s Mastering the Art of French Cooking. The highs and lows of her journey were perfectly captured on film by Nora Ephron.

Streep brought alive the larger-than-life personality of Julia Child, striking the perfect balance between depicting a real person and bringing her own quintessential Streep-ness to the character. Right from the voice to the accent and body language.

For us, this one easily trumps the book. 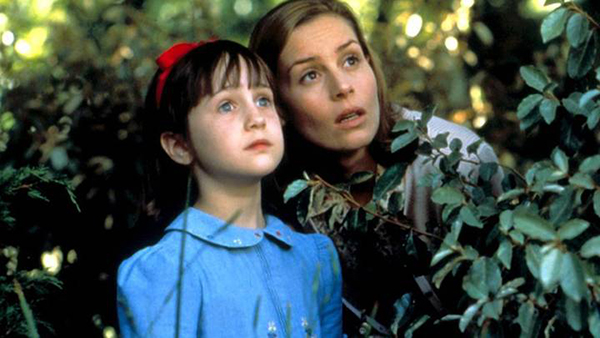 Young Matilda loves reading, that’s all she wants to do. She’s stuck at home with her troublesome parents and brother, and at school with a bullying principal. She finds solace in her books and new telekinetic powers.

Directed and produced by Danny DeVito (who also stars as her father), this adaptation is one of our favourite adaptations of Roald Dahl’s books.

Mara Wilson’s endearing as Matilda and Pam Ferris’s Miss Trunchbull has gone down in cinematic history as one of our favourite villains. We’ve even dreamt of the chocolate cake that Bruce Bogtrotter was forced to finish.

The film perfectly captured the innocence, sweetness and comedy with tinges of darkness — signature of the book’s author. 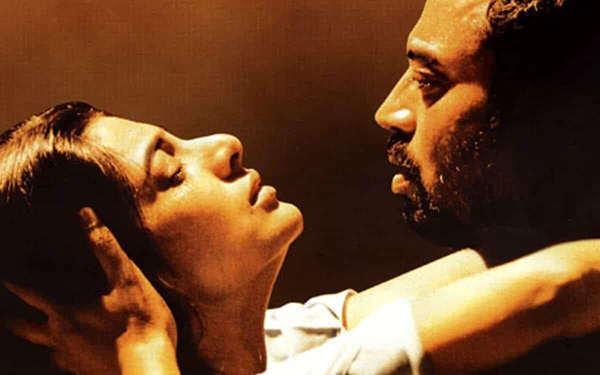 No one does Shakespeare adaptations quite like Vishal Bhardwaj. He manages to perfectly contextualise Shakespeare into Indian settings, and Maqbool tops our list.

Irrfan as the titular lead is breathtaking.

This film shows the actor’s brilliance in every scene. From the subtlety of his expressions to the sudden changes in demeanour – he wore the insecurities of Macbeth on his sleeve without hamming it up to the point of a literature lesson.

You can see the character’s torment in his eyes as he transitions from obedient to tortured, agonised and in love. Every emotion comes through with ease. You can watch this film over and over again and pick up something new each time.

Could there be a more perfect Lady Macbeth than Tabu? We think not. 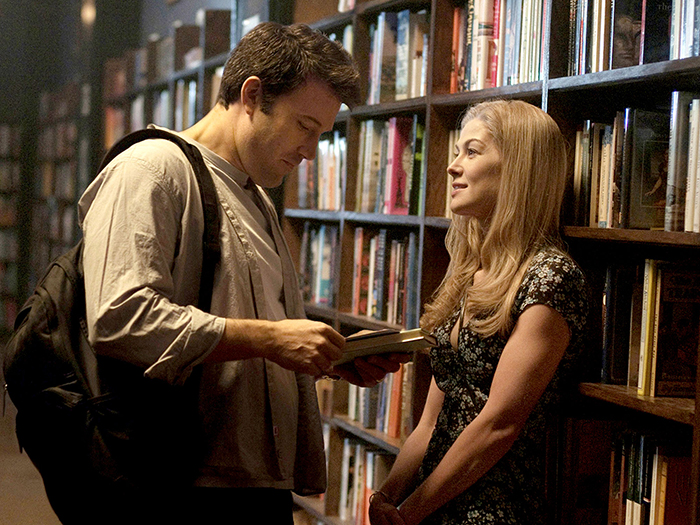 Gilling Flynn wrote the screenplay for the film adaptation of her book Gone Girl herself. It’s no wonder then that the characters translated so beautifully on screen.

The story revolves around Nick Dunne (Ben Affleck) and the disappearance of his wife, Amy (Rosamund Pike). We learn more about their complex relationship as the story untangles multiple layers of the characters.

Pike perfectly portrays the character’s transformation from the good girlfriend and wife to the furthest thing from the ‘cool girl’ in the end.

She’s a complex female character through which the writer has critiqued so much about the female experience.

The film stays true to the book with the alternating POVs that give you two sides of the ‘he said-she said’ crime story. 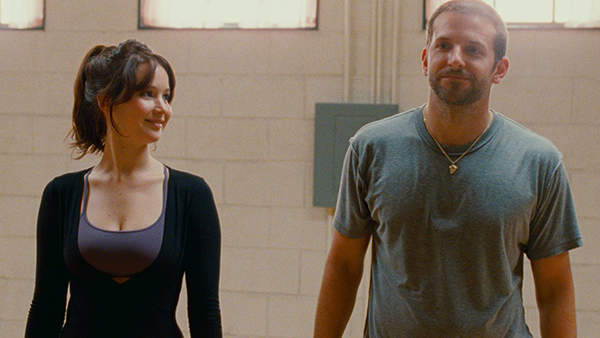 Matthew Quick’s debut novel was taken to the screen in 2012. It came with a star cast and many accolades followed suit. Not everyone was happy though, namely the book’s readers, with the visual rendition.

The film stays mostly true to the book’s narrative. Pat (Bradley Cooper), our protagonist returns home from a stay at a mental health facility and meets Tiffany (Jennifer Lawrence) who helps him reconnect with his ex-wife.

The book centres around Pat as he comes to better understand his mental health and relationships. It’s messy and open-ended, with no happy endings neatly tied up with bows.

And that’s what people loved.

The film, however, places the lens on the relationship between Pat and Tiffany, making this a much neater love story.

We get great performances from all in the cast and an off-centre drama-comedy that explores mental health in a way we’ve never seen before. It also makes the conversation a lot more digestible for people otherwise uncomfortable with the subject, a good starting point. 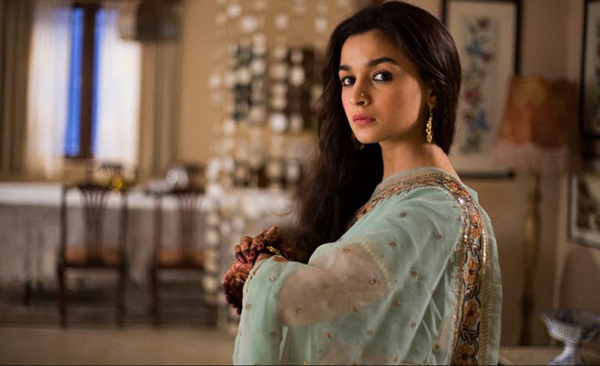 The film is an adaptation of Harinder S Sikka’s 2008 novel Calling Sehmat which is based on real events.

The story follows Sehmat Khan, a young Kashmiri woman who gave up her own life to become a spy and married into a Pakistani family to gain information from the enemy.

The film stays true to Khan’s experiences as depicted in the book – the love for family, her fears and apprehensions, the immense pressure she felt to succeed and her inner turmoil.

Director Meghna Gulzar found the perfect Sehmat in Alia Bhatt. You can sense the immense fear of getting caught and the anxiety brought on by her leading a double life. Bhatt portrayed Sehmat’s transformation from naive bride to mature, conflicted woman, through espionage training, wonderfully. 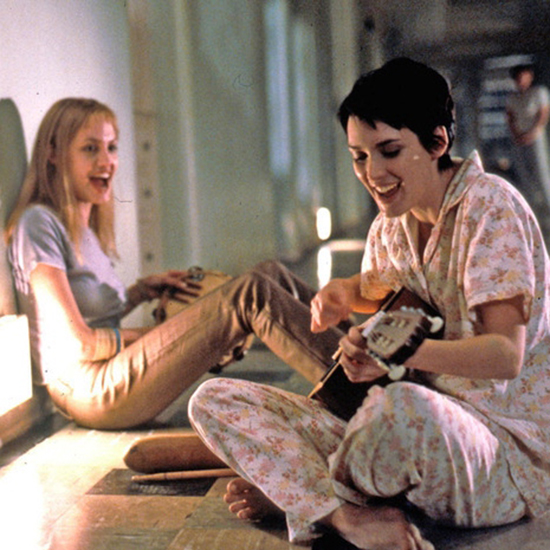 The story follows rebellious Ryder and her struggles as she enters a mental health facility. She finds both solace and chaos in the company of the other young female residents of this facility, all coming to terms with their own lives.

The book released in 1993 and film in 1999. These were times when mental illness, seeking help and hospitalisation were even more stigmatised than they are now. Kaysen captures this secrecy about “getting some rest” in her memoirs of being in the hospital.

Over two decades after their initial release, Girl, Interrupted still remains both a compelling read and watch. 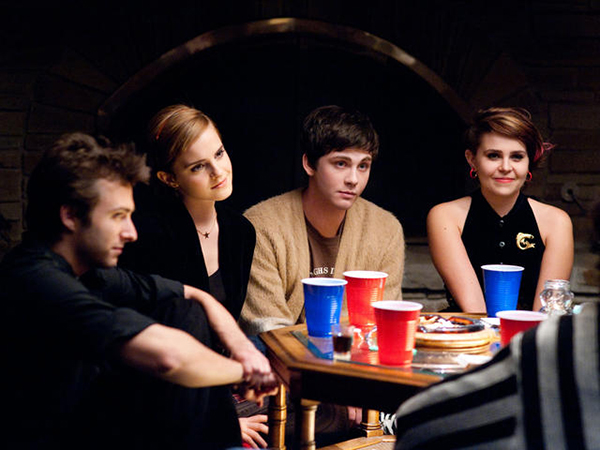 The Perks of Being a Wallflower, 2012

The coming-of-age epistolary novel by Stephen Chbosky has gained a cult following over the years since its release in 1999. For all the right reasons.

Protagonist Charlie is used to being an outsider, a ‘wallflower’ in the lives of his family and classmates. He’s intelligent, introverted and sensitive with bits of wisdom peeking through his naïveté. Maybe that’s just the power of Chbosky’s writing.

We watch him finally befriend two seniors – Patrick and his step-sister Sam – and their circle of friends, getting off the sidelines of his life to reclaim some control. It has all the thrills of teenage life.

There’s also the ‘bad thing’ that Charlie alludes to throughout. Losing his aunt, anxiety and blackouts that are *spoiler alert* related to past traumas.

When taken to the big screen, fans of the book were split, screaming with joy and horror. Could a film live up to the characters they held so dear? Chbosky working on the film himself gave everyone some relief.

Charlie’s mental health and struggles with relationships, growing up, letting go and coming to terms with this transition period are portrayed sympathetically by Logan Lerman on the big screen, who perfectly embodies the lovable, emotional and vulnerable protagonist. 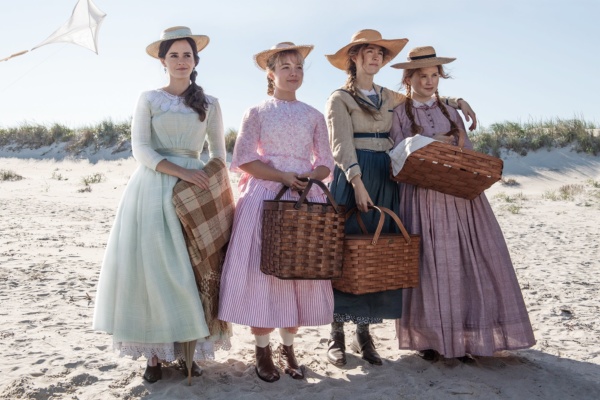 In Greta Gerwig’s adaptation, this old trove of inspiration stands the test of time, reiterating — girls just want to do their own thing.

Based on Louisa May Alcott’s way-ahead-of-its-time novel, Little Women is the ultimate guide to raising ambitious girls against all odds.

Each adaption of this book brings something new to the table. In Gerwig’s version, it’s Ronan’s stunning embodiment of Jo March that stole our hearts. 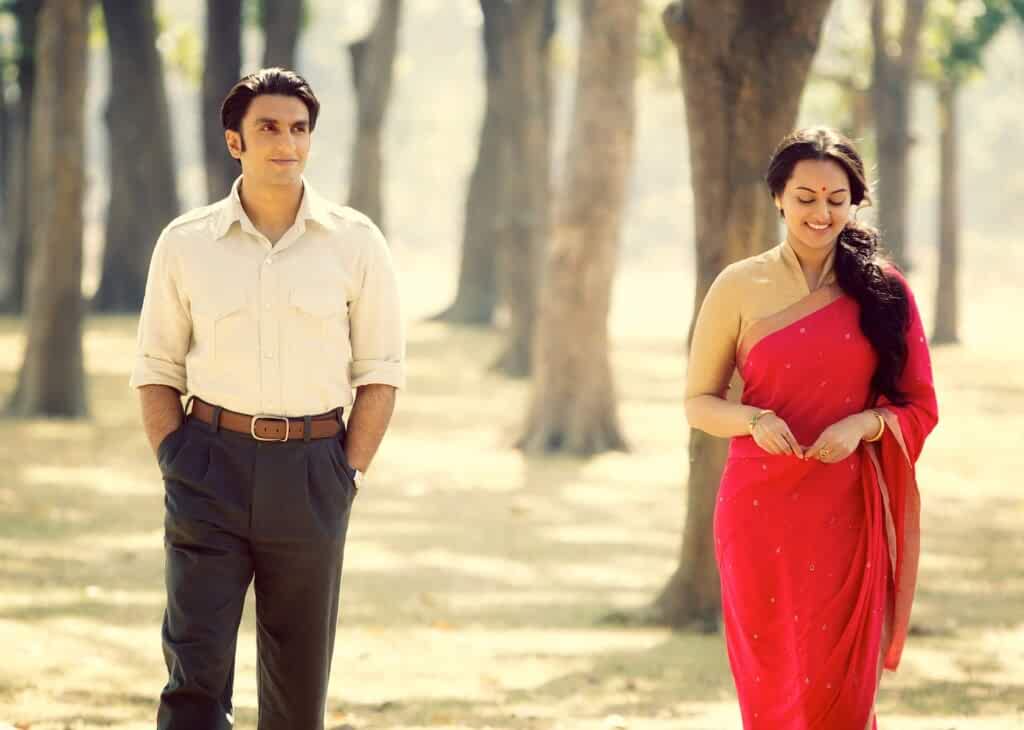 Based on The Last Leaf, a short story by O Henry, Lootera is definitely on the list of most underrated Hindi films to be made.

We see a more emotional, calm side of Ranveer Singh who plays a visiting archaeologist with a secret and Sonakshi Sinha as an aristocratic woman who falls in love with him.

He must choose between his murky past and present love, ultimately disappearing from Sinha’s life. Their paths cross once again many years later and we see the unfolding of reconciliation, lost love and redemption. 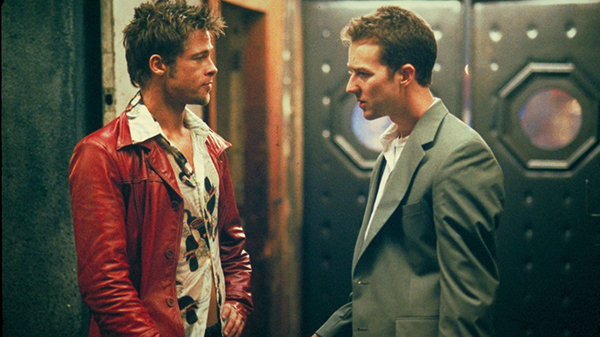 There are so many layers to this cult classic. In the film, we have a protagonist (Edward Norton) who struggles with insomnia. After being dismissed by his doctor, he seeks relief elsewhere, namely, support groups for seriously ill people.

A chance encounter with a man named Tyler Durden kickstarts an underground fighting club of disenfranchised men just wanting to get out their rage.

Durden, played by Brad Pitt, embodies toxic masculinity and suppressed male rage in a way that makes you hate the actor.

Their club soon grows far beyond their control as mayhem becomes a new way of life. Their rage against a capitalistic society comes out in sinister ways as the narrator struggles to reign it in. Even without the major plot twist, the film is a wild ride.

And if you’re truly a fan of the movie, then reading the book is a must. It gives you that extra depth and understanding to the oddities of the film and you get to dive deeper into the psyche of our unnamed protagonist. 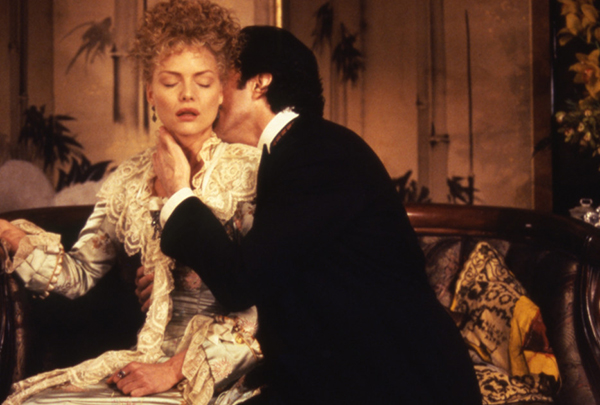 Set in the 1870s, the book is a complex breakdown of a love triangle that, in turn, holds up a mirror to the double standards in New York’s upper-class families. The prose is rich in vivid descriptions and ugly cry-inducing.

The movie does justice to the novel and how. The opening sequence is a carefully put-together mise en scène of the New York household of May Welland (Ryder), who is all set to marry lawyer Newland Archer (Day-Lewis), son of the city’s most illustrious family.

The arrival of Welland’s recently separated eccentric cousin, Countess Olenska, from Europe creates a permanent rift in the close-knit society — the families and relationships begin to crumble.

The film went on to win the Academy’s nod for best Costume and multiple other nominations.

It’s a visual masterpiece that isn’t lost in adaptation.