12 must-watch Christmas movies for each day of Xmas

Klaus ’tis the season to be jolly, even if you’re home alone

Christmas spirit trumps every other spirit. The weather gods are kind (in most parts of the country). Corporate slaves finally redeem their block leaves. Internet engagement hits its annual low which only means more family time, multiple dessert storms and unwrapping gifts. There’s an endless supply of spiked eggnog and even some awkward gift exchanges at the office Secret Santa. Or in some cases (for most kids), staying up all night on Christmas Eve to see when Santa Ho-Ho-Hos into the house with the gifts. For most of my preteen years, I slept through December 24th, so I could stay up all night, and catch a glimpse of Santa Claus. I failed to see the man of the moment and his reindeers, but did wake up to at least one of the things on my long Christmas wish list.

Ah, the things we do to create the magical world of make belief. And just like December is known as the time of year you tie up the loose ends you’ve left undone so far, Christmas movies bind all the genres together to entertain every cinephile. Horror, comedy, rom-com and action, you name it, Santa’s got it, or in it. Christmas movies are the ultimate equalisers in the world of cinema. Grab your hot chocolate, and if it isn’t, baby, pretend it’s cold outside — and warm up to the only Christmas movies you need, to make the most of Michael Bublé, Mariah Carey and Mary’s Boy Child-season. #spoileralert 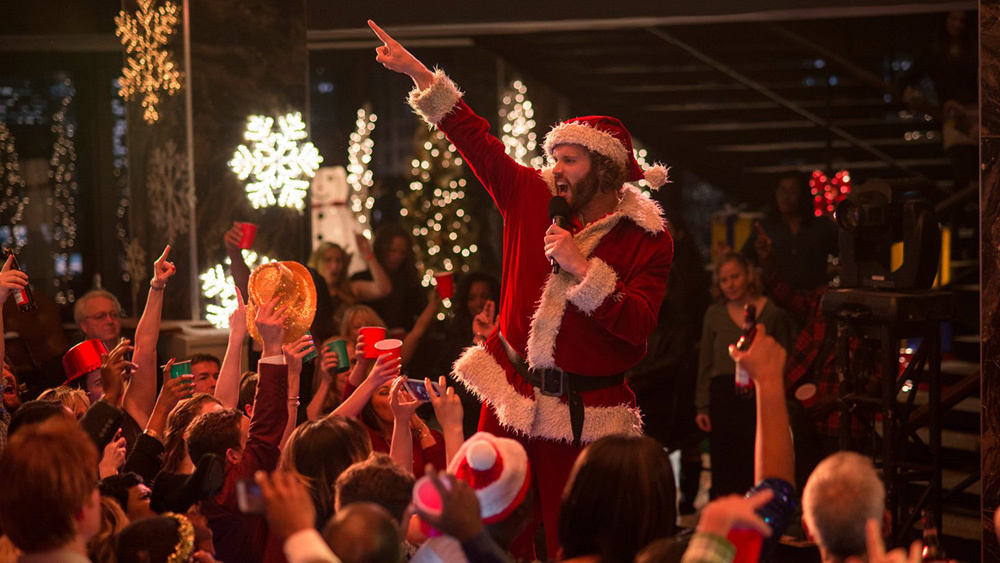 Inappropriate sexual innuendos and regrettable alcohol abuse: it’s the kind of holiday mixer nobody wants to attend. But everybody desperately wants to be a fly on the wall while such an office party loses its plot. Especially, when you have Jennifer Aniston and Jason Bateman in the picture.

The Horrible Bosses team comes together in this rather meaningless festive comedy wherein Aniston’s character wants to shut down an IT firm run by her rager brother. Said brother and the employees decide to throw the wildest Christmas party ever to impress a client, and thus save the branch. Don’t miss the narcotic type of snow being dropped in to the snow machine somewhere at the wild, wild party. 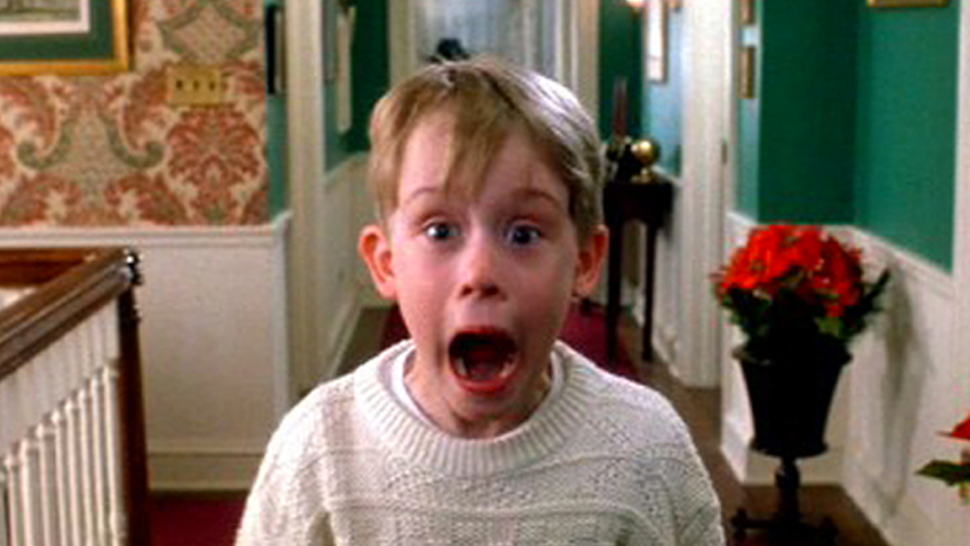 The idea of being home alone is exciting yet frightening — especially if you’re eight. But this classic slapstick Christmas comedy gave hope to every child that they too could be the hero, if ever left at home alone. Kevin McCallister, the clever brat, successfully protects his house from being burgled by two goons. And also inflicts a crazy amount of pain on the criminal duo. This is a Christmas movie that we all love to rewatch, and hell yes, we will watch it this year too. 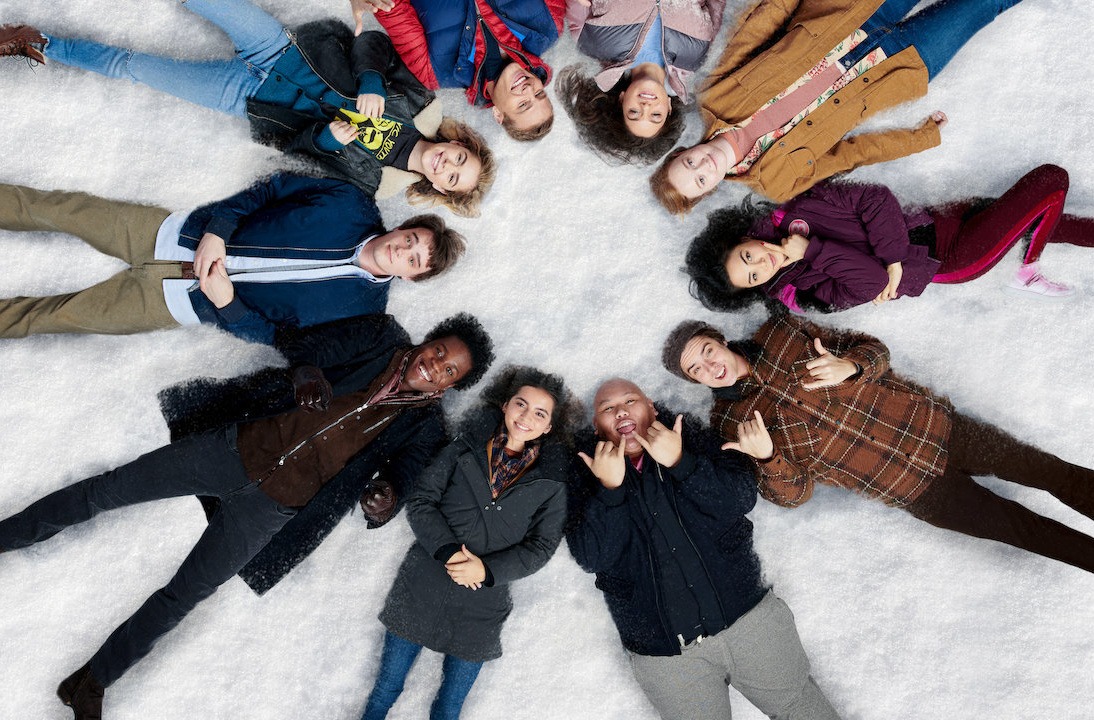 Dean Martin’s lyrics — ‘Oh, the weather outside is frightful, But the fire is so delightful, And since we’ve no place to go, Let it snow, let it snow, let it snow”, basically form the premise of this Christmas movie. A bunch of high-school classmates find themselves stuck in a severe snowstorm on Christmas eve. Sparks fly and friendships are mended. The movie will certainly prompt you to catch up with your old friends. So keep the phone handy while you drown in a pool of your own tears. 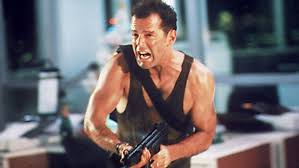 If you’re one of those party poopers who thinks Die Hard doesn’t qualify as a Christmas movie, just talk to Jake Peralta from Brooklyn 99, or continue reading. It’s probably the most perfect Holiday movie with lots of action (literally), a buffed up Bruce Willis (John McClane) and all the much-needed Christmas paraphernalia. There’s an estranged family, a dad desperately trying to reach home for Christmas and criminals stalling all his efforts. The movie, of course, has a happy ending wrapped in a Christmas miracle, albeit with ample gunshots and bloodshed. 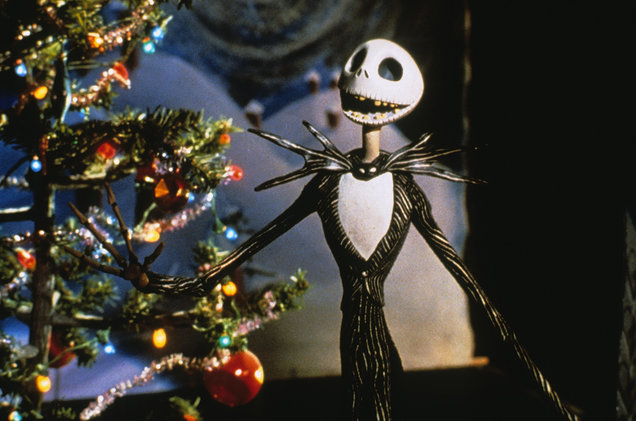 The Nightmare Before Christmas, 1993

Believe it or not, it is a Disney movie. Tim Burton and his love for all things grotesque and grim gave us one of our all-time favourite Christmas movies. In The Nightmare Before Christmas, king of Halloweentown, Jack Skellington discovers the spirit of Christmas, and tries to convince his army of ghouls and bats to celebrate the festival. However, of course, things don’t go as planned. PS: Take a moment to admire Skellington’s edgy wardrobe of the sharpest suits ever. 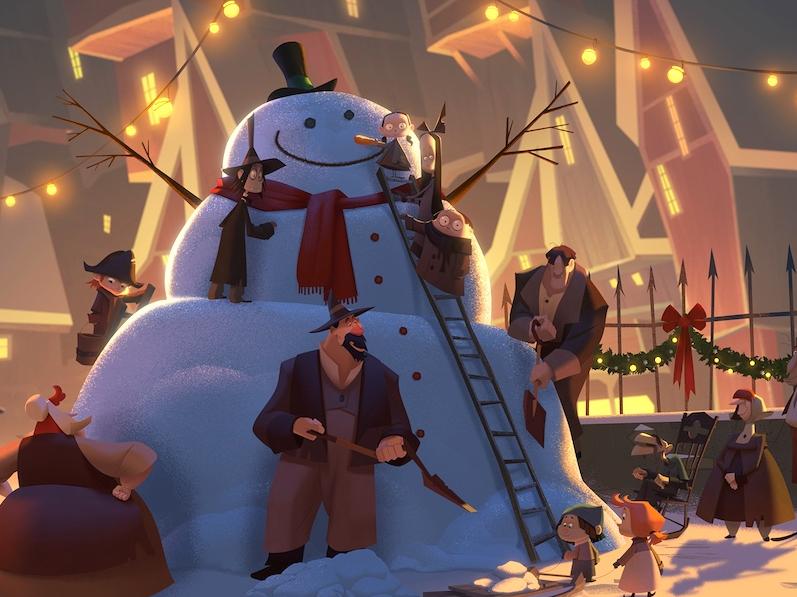 If you’re tired of watching the same old Santa Claus saving the day (ideally, nobody should tire of it), perhaps, you need to go back to to this origin story. Set in the fictional island village of Smeerensburg, where a spoiled young postman Jesper strikes up an unlikely friendship with a local toymaker named Klaus. The movie is a lesson in moving past old grudges and living in peace and harmony. It’s perhaps the most timely lesson we need in today’s hate-filled world. 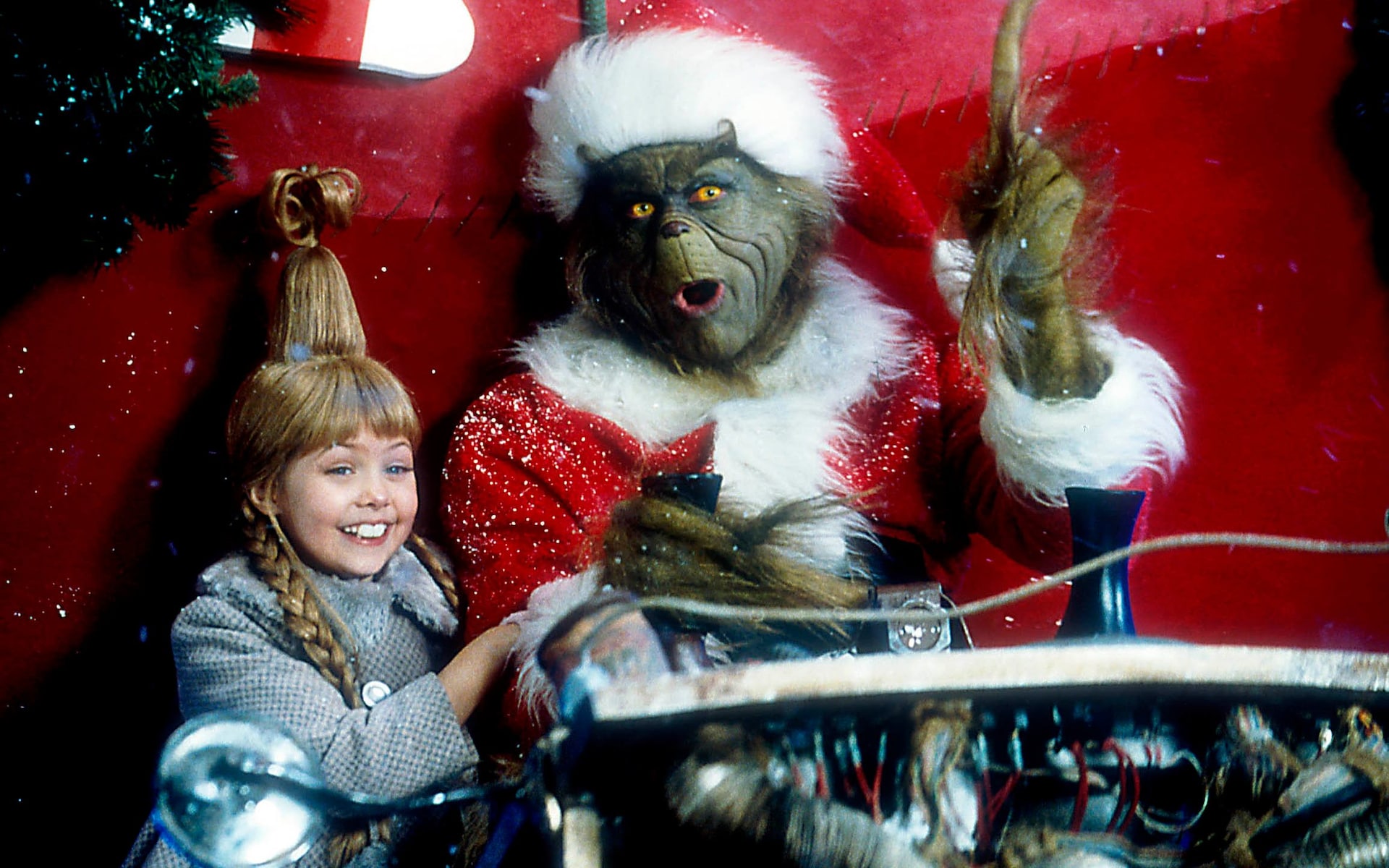 How The Grinch Stole Christmas, 2000

Here’s a Christmas movie with a bigger lesson. If you can, try to look beyond the Grinch’s unreasonably, wicked behaviour — and you’ll find a child who was relentlessly bullied. Does this justify his stealing of Christmas presents, his mean behaviour towards dogs and scaring kids? Debatable, we’d say. But you cannot miss the mountain of garbage he lives on. That really isn’t far from reality.

Also, do not get confused with the 2018 Grinch movie on Netflix. We aren’t all impressed by the reboot effort. We recommend the OG starring Jim Carrey. 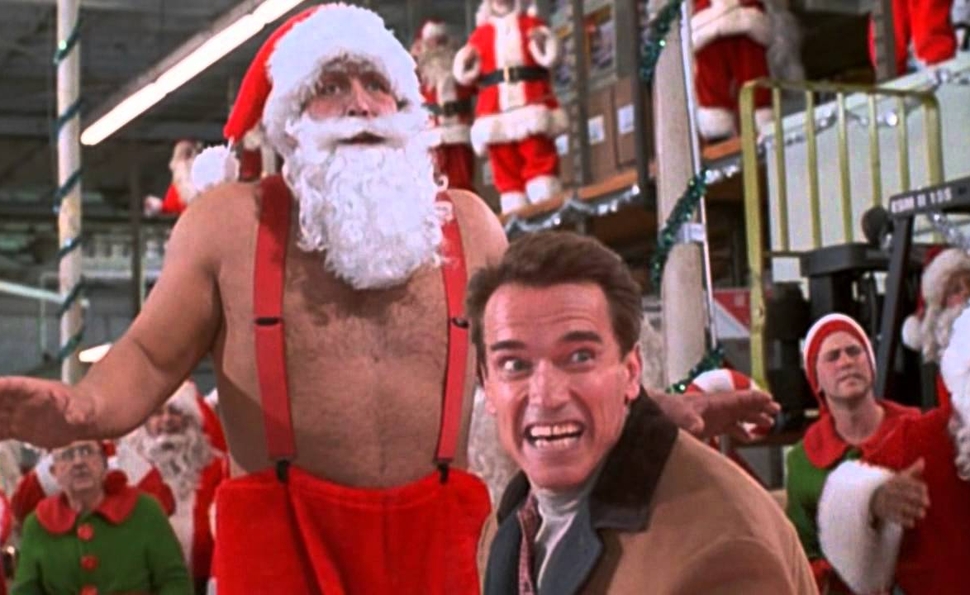 What do Arnold Schwarzenegger and Christmas have in common? Kids love them both equally. In one of those rare Christmas movies starring Schwarzenegger, we see how kids want what they want, and parents, at the end of the day, will try their best to get it for them. The action hero combats a series of challenges to get the action figure of Turbo Man: his son’s only Christmas wish.

Purchase it on Amazon. 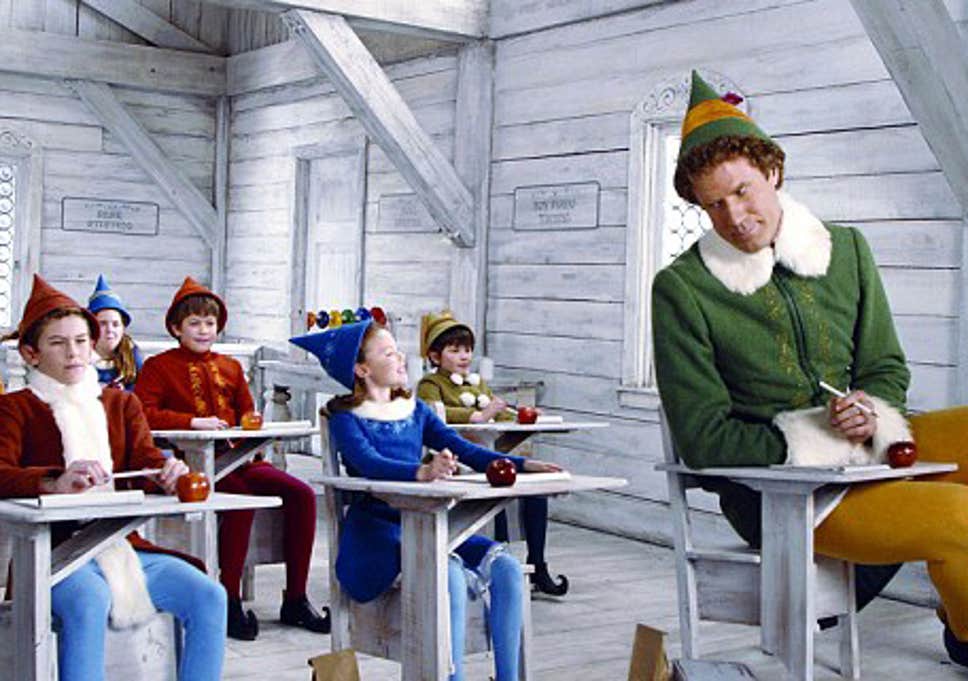 Imagine a toddler crawling into Santa’s sack, and erroneously landing in the North Pole. What’s simply a dream for some of us, was a reality for Elf. He is brought up by the elves, although he is at least a few feet taller than his new family. This Will Ferrell holiday comedy brings to life this rather cute figment of imagination and follows the Elf returning to New York City to trace his birth family. It’s warm and fuzzy, and also has a cute scene where Elf goes back to the North Pole to complete unfinished business. 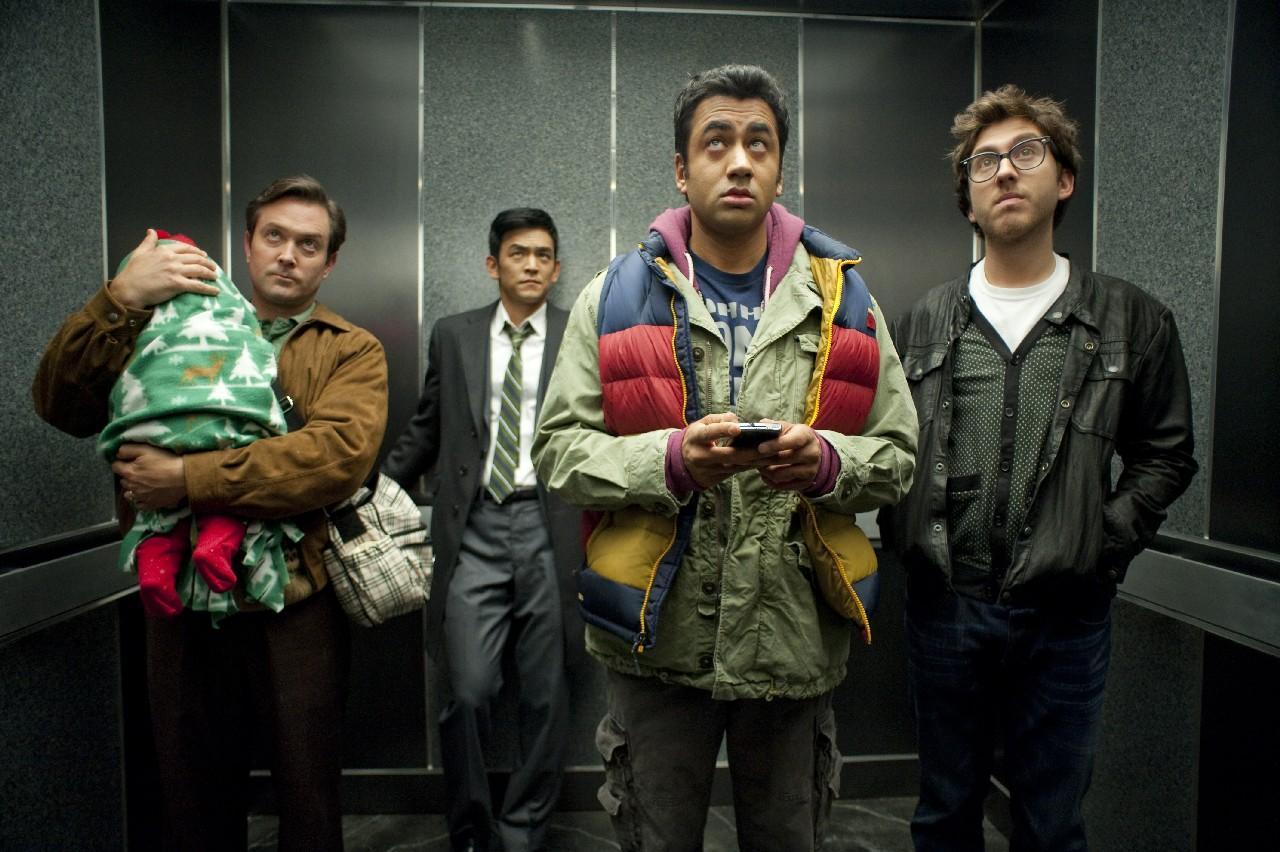 A Very Harold and Kumar Christmas, 2011

Irreverent and irresponsible, this Asian-American duo reunite with their inappropriate ways, but this time, throw in a baby into their outrageous escapades. If you’re strong enough to see a baby covered in powdered Charlie with child welfare services AWOL, this is the kind of Christmas miracle you should sign up for. 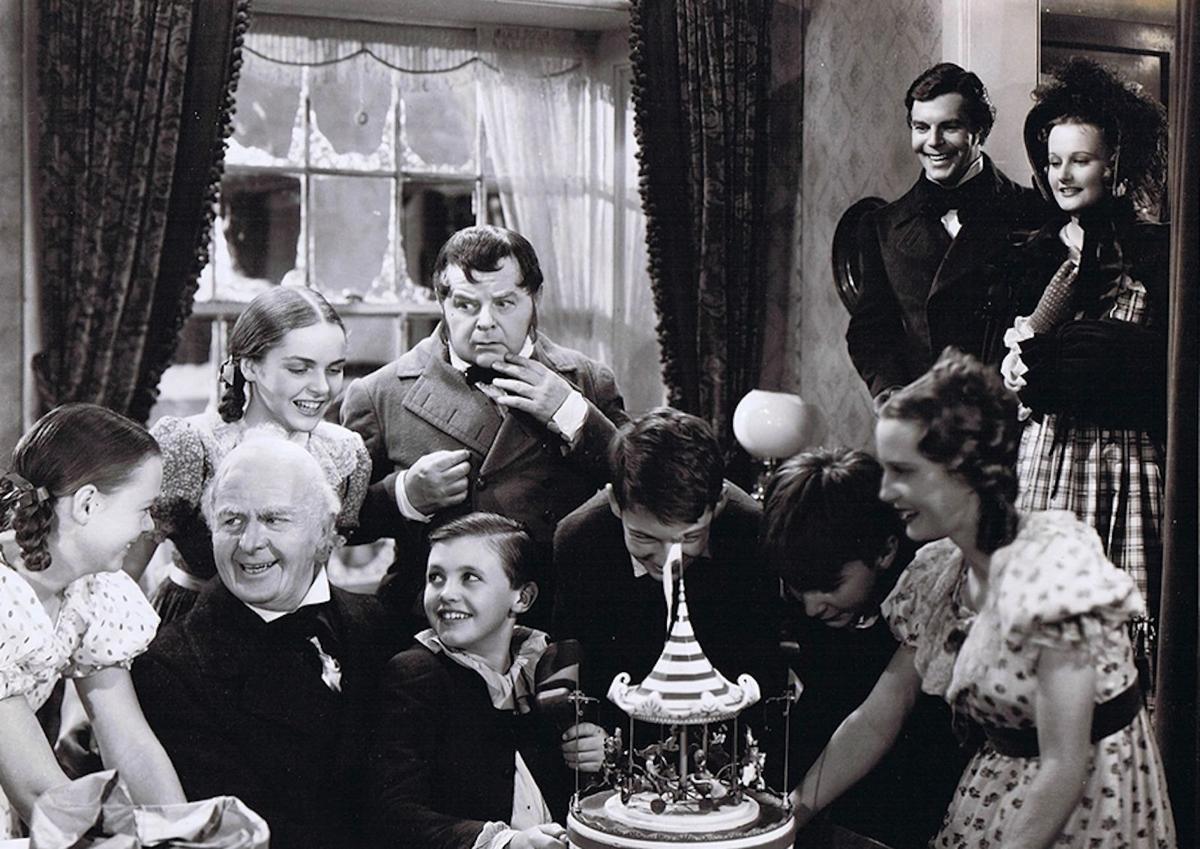 Here’s a Christmas movie for the old-school soul. We’ve all read this Charles Dickens classic. This 1938 Hollywood adaptation lives up to the book’s brilliance unlike the later Hollywood remakes. On Christmas Eve, our protagonist, a rather miserly Ebenezer Scrooge, is visited by the spirit of his former partner, Jacob Marley. Marley warns his friend to change his ways to secure a happy afterlife. 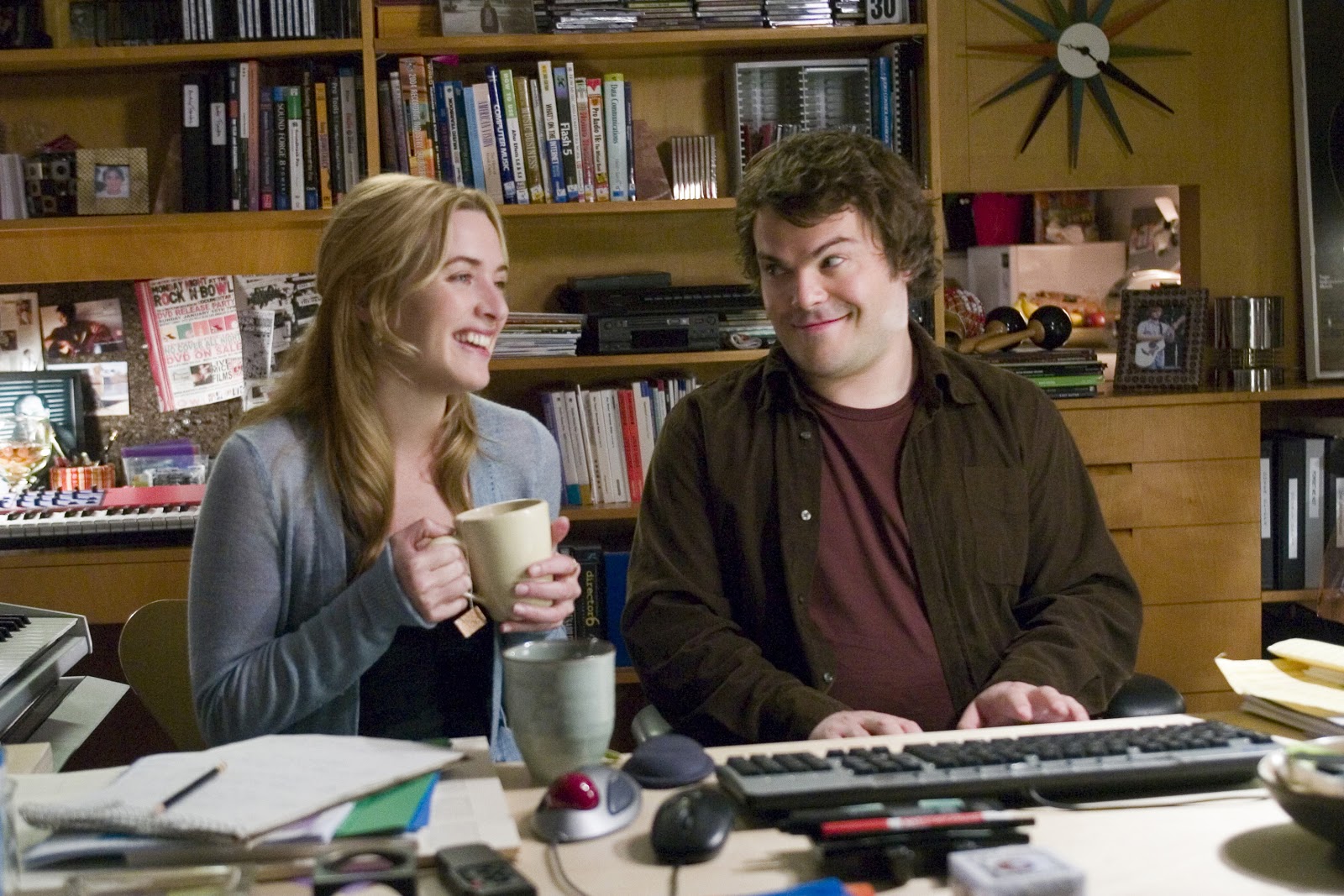 Even Nancy Meyers, the queen of rom-coms, couldn’t escape the lure of Christmas movies. Her multi-starrer rom-com, The Holiday, that people love to hate, leaves you with enough hope to put your disappointing love life behind and start afresh. Two girls (Kate Winslet and Cameron Diaz) swap homes for the holidays to escape their respective relationship issues. However, a Christmas miracle is on the cards for them.