A still from Thappad
by Arundhati Chatterjee Watch

The best shows streaming in May 2020

On April 1, I woke up early to update all three wall and desk calendars in my house. It didn’t really matter, because the month was already cancelled. Yet it was the singular most exciting event of that day.

Perhaps, it’s only when you run out of Snapchat-worthy things to do that you find joy in everyday banality – threading needles (to increase concentration), shelling a shipload of peas (as Mummy’s diligent kitchen assistant) and re-watching F.R.I.E.N.D.S for the 27th time. The last one’s for free therapy.

But this particular turning-a-new-leaf-on-the-first-day event comes with a healthy dose of hope. Will the lockdown end or not? We are still hopeful. Will my investments bear new fruits? Err, I mean all the 18 streaming platforms I’ve subscribed to. Will they give me new reasons to get those streaming-induced dark circles?

The answer is a loud, resounding YES. They are ready with a new buffet of shows streaming in May.

Your jugaad guy for alcohol may run out of stock, but Netflix, Hotstar and Amazon are braving these uncertain times and making sure we never run out things to binge on.

In fact, team Netflix worked remotely for two-and-a-half weeks to put together the latest edition of Explained for the ongoing pandemic.

The shows streaming in May offer hope for starters (featuring a Michelle Obama documentary), and Jerry Seinfield’s comeback to stand-up comedy after 22 years, for dessert.

PS: All you unofficial PR agents of Tiger King and Money Heist, stop bombarding me with your desperate pleas. Please update your watchlist.

The coolest shows streaming in May 2020 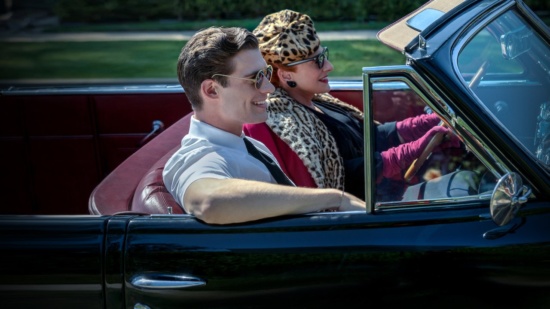 Although his last outing, The Politician, bombed gloriously, I stick to my words – “I’ll watch absolutely anything that Ryan Murphy makes, including a Harpik commercial.”

In his latest Netflix original, Murphy takes us back in time to when the process of film-making got a facelift after WWII.

As one of the characters in the trailer proclaims, “I wanna take the story of Hollywood and give it a rewrite.” If this particular Murphy’s law is anything to go by, anything that can go wrong, will be corrected through his storytelling.

The show stars his usual suspects — David Corenswet, Patti LuPone, Darren Criss and more. As you wait to stream this, you can catch up on some more Murphy-meets-Hollywood drama in Hotstar’s Feud.

Watch on Netflix from May 1 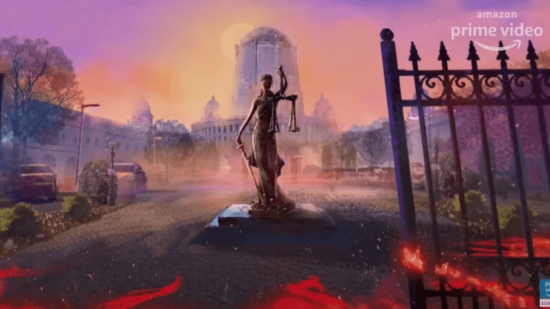 We love Anushka Sharma’s Instagram video where she cheers her husband, “Kohli, chauka maar” as much as we love her brave calls as a producer. After NH10, Pari and Phillauri, she now ventures into Amazon Prime Video with Paatal Lok.

A neo-crime thriller set across Uttar Pradesh and Delhi stars Neeraj Kabi, Gul Panag and explores the interplay within the four pillars of democracy – judiciary, media, legislative and executive.

If the teaser is anything to go by, this pick from the shows streaming in May is not going to be a drag of a civics lesson. As it mentions, “All hell breaks loose.”

Watch it with company if you can’t handle gore and blood alone.

Watch on Amazon Prime Video from May 15 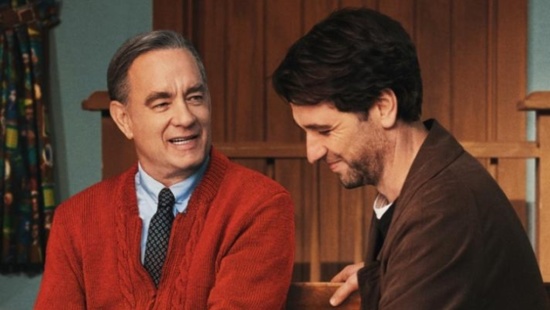 Photo credit: A still from the film

A Beautiful Day In The Neighbourhood

This warm-as-a-weighted-blanket movie goes back in time and traces the unusual friendship between Fred Rogers (played by Tom Hanks, who else?), American’s kindest TV host and cynical investigative journalist Tom Jonud (Matthew Rhys). The Esquire reporter is assigned a fluff piece on beloved Mister Rogers, but he makes it his mission to dig up the dark side of Mr Congeniality.

Jonud fails miserably on his hate search, but finds a lifelong friendship instead.

Despite being set in a different generation, it’s still the most timely movie streaming right now. The message is simple: kindness triumphs all. In the bleak times we live in, we all need to repeat that to ourselves on a daily basis.

Watch on Amazon Prime Video from May 1 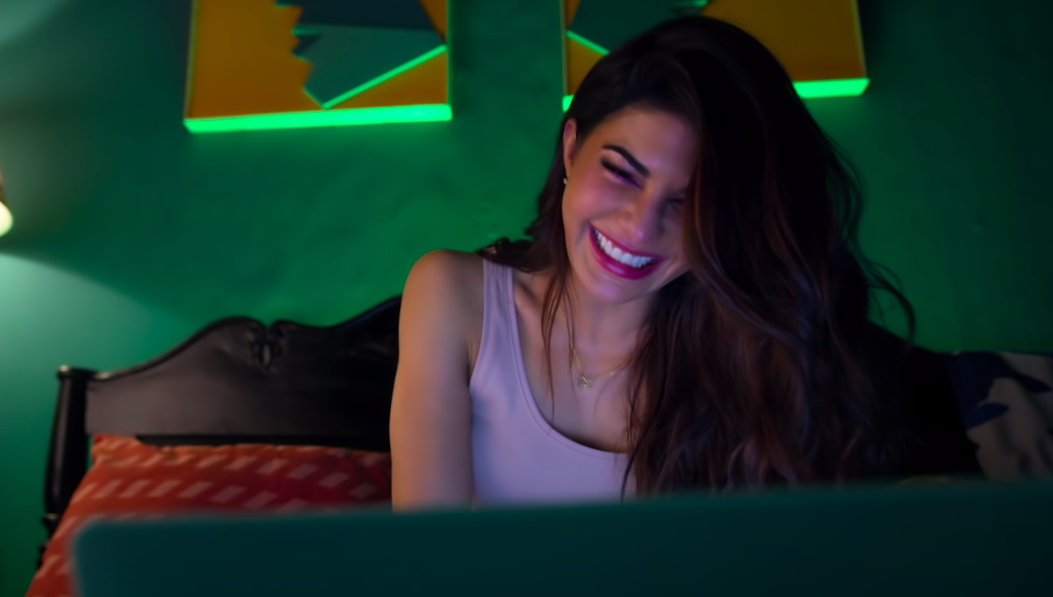 How far would you go to save your husband’s reputation and prove his innocence?

The trailer makes us wonder if all is what it seems. Maybe she is making futile efforts or is there a bigger conspiracy? We shall find out soon.

This is the fifth Netflix India original movie this year after Guilty, Yeh Ballet, Maska and Ghost Stories.

Watch on Netflix from May 1 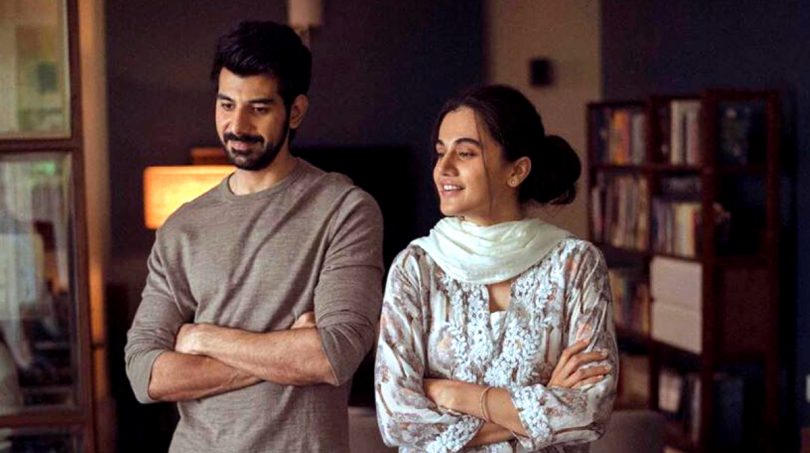 Photo credit: A still from the movie

Get your family together for some much-needed education, although the men in the household may try to avoid this film.

We meet Amrita (played by Taapsee Pannu) in her happy family in South Delhi. She doesn’t see a speck of negativity or unfairness in her life until one fine evening, when her husband slaps her in front of a room full of guests (which includes her parents, sibling and almost the entire neighbourhood).

What follows is a critical dissection of a single slap and its impact on a marriage or any relationship. Watch out for some not-so-subtle undertones of misogyny, male privilege and more, rooted in our society.

With this silent slap on patriarchy, Sinha completes a hat-trick of hits including Mulk and Article 15 in the last three years.

Watch on Amazon Prime Video from May 1

We, as the world, are finally on the same page of news consumption. Everybody is glued to the Coronavirus tracker and we are well-fed by a whole lot of junk, erm… fake news. And while all media companies are adding the Corona filter to their content, could Netflix be far behind?

The creative minds behind team Explained and producer Vox Media worked remotely for two-and-a-half weeks to put together a three-part series on the ongoing Coronavirus outbreak. This is perhaps the first time in history that a documentary is made on a crisis while people are still trying to battle it out.

The first episode gives us the overview of the Pandemic with filtered and fact-checked information. Finally, some food for thought.

The forthcoming episodes will focus on the ongoing vaccine development while the final instalment of the series will explain the various coping mechanisms to deal with the current situation.

Watch on Netflix (more episodes to release throughout the month) 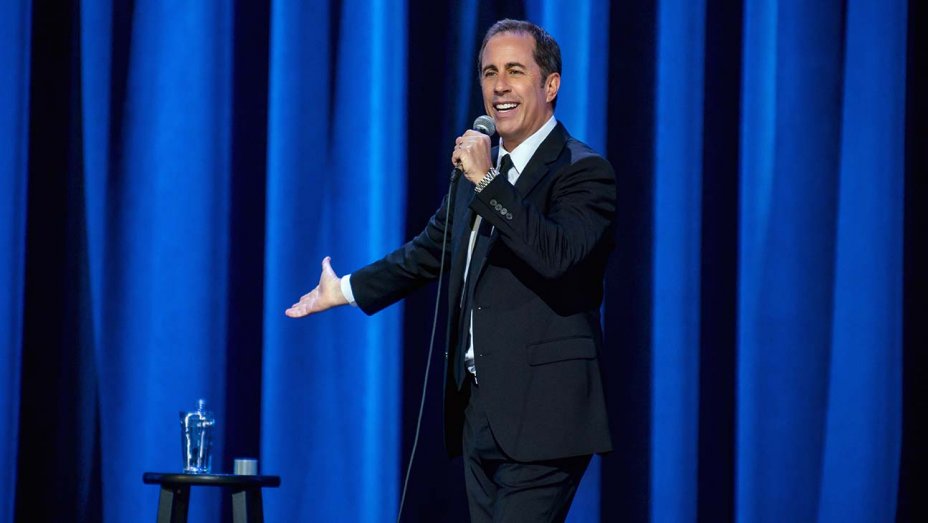 It’s the homecoming event of the year on screen — Jerry Seinfield returns to stand-up comedy for the first time since the ’90s. To be precise, 22 years.

His comedy special for Netflix, 23 Hours to Kill, was recorded at the Beacon Theatre, New York. In the trailer, we see Seinfield pay a satirical homage to James Bond. Sure you have the license to kill, Seinfield. We trust your punch lines to do the needful.

The hour-long special will touch upon classic debate topics — talking vs. texting, bad buffets vs. so-called great restaurants, and so on.

Streams on Netflix from May 5 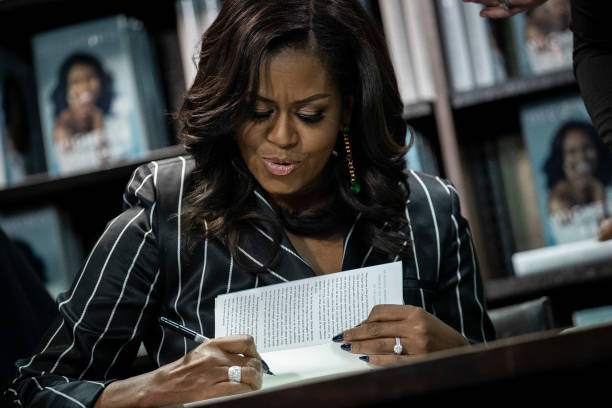 Earlier this week, former FLOTUS Michelle Obama tweeted, “During this difficult time, I hope you’ll find some inspiration and joy in this film.“

We sure hope so too as Netflix is set to drop Becoming, a documentary about the former first lady next week. The documentary invites us to join her on her book tour where she talks about her life, hopes and some of her deepest connections.

Her memoir, of the same name, which was released in the fall of 2018, was an instant bestseller and to date, has sold more than 10 million copies.

Watch on Netflix from May 6