Her earrings read ‘Bad Girl’. If you have a problem with it, too bad for you

Last year, Bollywood signed in another star kid. Just as the critics were readying the brickbats and organising morchas on unimpressive products of nepotism, she was busy being herself on Karan Johar’s notorious coffee couch. And, well, Sara Ali Khan charmed them all.

Many young women connected to her when she opened up about her living hell: PCOS. She didn’t underplay the struggle of fighting hormonal imbalance; she embraced it. It’s been almost a year since Sara Ali Khan made her debut on the couch, and today she’s looking comfortable in her own skin when we meet at a seaside hotel to chat about fronting Puma’s latest campaign, Rules of Etiquettes for a Propah Lady.

It was supposed to be a quick chat, but it was far quicker than we expected. “Imagine me rambling for an hour. I can do it, but people would ask me to shut up,” she says with a laugh. “I mean they say that to me anyway all the time. But I love to talk. I just talk real fast.”

Casually dropping truth bombs that many of us could connect to, Khan confesses that she doesn’t believe in apologising for being herself. “We apologise once, they blame us again. We apologise again, and soon, it’s a pattern. Then we become victims, and I know I am not,” she says. “It’s a vicious cycle, especially in the world that we live in.”

She has no qualms in admitting that she doesn’t “really make adult decisions”. “I ate a lot last night but I earned it after eating healthy the whole of last week. Balance is key. That wasn’t an adult decision, was it?” She knows it isn’t. 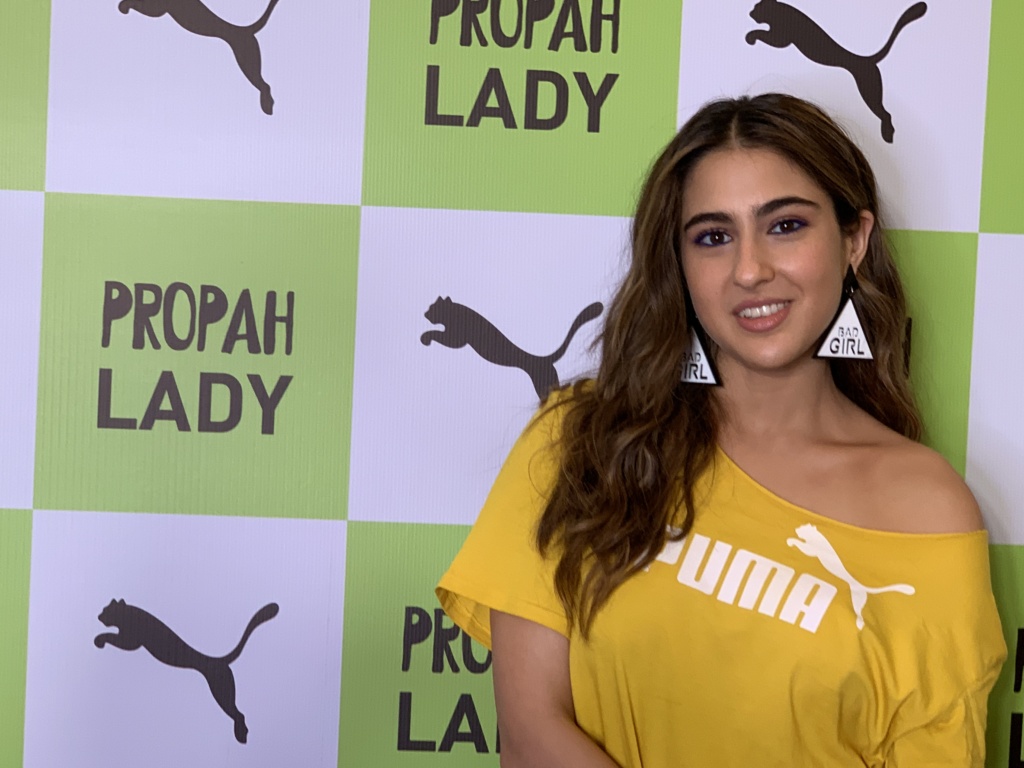 During the conversation, we notice that the actor sports a pair of earrings that say ‘Bad Girl’. It’s a gift from one of her friends. But Sara Ali Khan reiterates through our chat that there’s no bad girl or good girl. “Societal pressures is the biggest trap. It happens because you really don’t know the right way to be. But you don’t have to because there isn’t any right or wrong. If you’re truly honest about who you are, then you don’t need to be ‘propah’.”

WATCH NOW: How to be confident with Sara Ali Khan

How to be confident with Sara Ali Khan