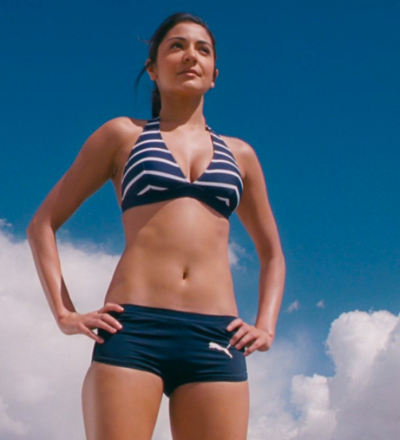 A still from Jab Tak Hai Jaan
by Arundhati Chatterjee

10 habits we're stealing from the world's most successful humans

How to sleep, eat and bathe your way to superstardom

‘New Year, New Me’ posts on social media are still attracting a lot of engagement. But that sentiment is slowly crawling back into its shell, the ‘Old Me’ habits are rather persistent.

And we are gingerly returning to our skip-breakfast-because-I-hit-the-snooze-button-20-times wellness regime.

But at 4.30am, Apple CEO Tim Cook is responding to emails, PepsiCo CEO Indra Nooyi is up and ready to roll, and a little while later, at 5am, PM Modi manages to clock in an hour of yoga before he jets off to work.

At 6.30 am, Katrina Kaif is dunking her face in ice water to close the open pores on her face, and most of us are still slowly gliding towards that snooze button.

But it’s not just about our erratic sleep cycle. Habits, the good ones, trickle down to the first food we stuff our faces with in the morning.

It can also mean turning on all the lights in the house and dressing up to feel good after a gloomy day, like veteran actor Waheeda Rehman does.

From being a bathing professional to playing tennis daily, here are the famous habits we won’t mind imbibing this year.

Good habits to steal from your favourite icons

Take baby steps and head to bed early, and rise to see the sun. Yes, almost like Narayan Shankar’s wellness regime from Mohabbatein.

In one of her previous interviews, she said, “It’s incumbent upon all of us who run companies to make sure that people can make ends meet and have the ability to get a good night’s sleep.”

Writer Stephen King has his own water quirk too. His bed-time ritual made the cut to his biography, Haunted Heart: The Life and Times of Stephen King. “I wash my hands before going to bed. I don’t know why.”

Bring on the breakfast

That final slice of pizza never tasted better than on the morning after, especially when you’re living on your own, and Mummy isn’t making a three-course breakfast for you every day.

But since we are turning over a new leaf and leaving those old habits behind, keep a bottle of water and a fruit plate (with the salt shaker) handy.

Malaika Arora’s usual breakfast suspects include desi favourites – idli, poha and upma with a side of seasonal fruits.

Banana is Kareena Kapoor Khan’s chosen fruit for breakfast, a tip she probably picked up from her nutritionist Rujuta Diwekar who advocates mindfully eating seasonal fruits or dried fruits and nuts as the first meal of the day.

Bill Gates often skips breakfast and loves his cheeseburgers so much that one must be ready to have them at any hour of the day if you’re meeting him.

Tesla CEO Elon Musk is not fussy about the first meal of the day. In fact, he often skips them too. But in case, he decides to have breakfast, he indulges in a Mars bar.

Seems befitting for somebody aiming to drive to space, after all.

A closet filled with athleisure, check. A renewed annual gym membership, check. A new fitness tracker is in the house too. But who is going to make us leave the house to achieve those giant fitness goals? Vogue editor-in-chief Anna Wintour certainly will.

Huffington’s wellness regime includes half an hour of meditation. Winfrey, too, has spoken about how she prefers 20 minutes of complete silence twice a day. Beware, it also sounds like a trap to lure you into falling asleep at work.

Arora loves to perform a handstand and a headstand, right after she wakes up. Huffington does it too. You don’t have to necessarily start with her wellness regime. But also, please go beyond Savasana.

Good morning! Welcome to the week, Divas! And welcome to #malaikasmoveoftheweek – Sirsasana- the ultimate facial for your skin! . Don't forget to tag @thedivayoga and #malaikasmoveoftheweek . Here's how to get into the pose – Squat on your toes, come down on your knees – Interlock your fingers, moving your body forward placing your forearms on the floor – Place the crown of your head in between your palms and raise your hips off the floor, straightening your knees and legs – Walk a few steps towards your head, only as much as possible – Bend the knees, tuck your thighs in your abdomen and chest and slowly shift the weight of your body from toes to head and arms. Balance is key here. – Carefully lift one foot off the ground, maintaining the balance and then the other foot. Ask for assistance if needed – Breathe regularly And remember, it's all controlled by your breath. Getting half way there is also a great start! Now let's see – It is your turn to give a twist with your perspectives with this pose. #mondaymotivation #yogagirl #malaikasmondaymotivation #balanceiskey #yogachallenge #yogaworld #yogaeveryday