I tried the vegan diet and discovered a fishy fruit

Last week, my colleagues unanimously nominated me to take up the vegan challenge. I smelt something fishy. When you have maach-bhaat twice a day for the first quarter of your life, quitting meat can literally break you. But being the daredevil that I pretend to be, I took it up.

My family first looked disapproving when I refused fish for dinner. They disowned me when I stopped my mom from adding ghee to the dal. 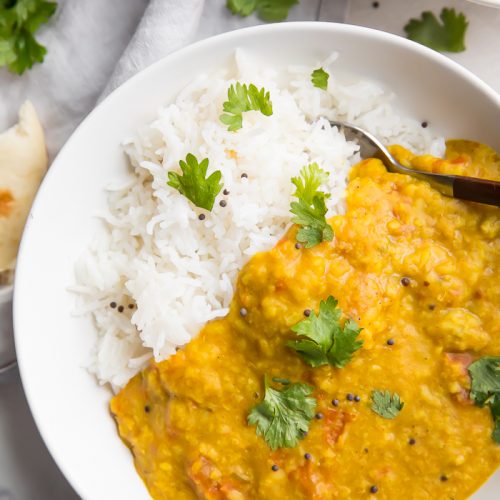 But what almost killed me was giving the last surviving kaju barfi to Dad. Under non-vegan circumstances, we’d have happily shared it.

The vegans I met there weren’t angry or hangry as the internet builds them up to be. In fact, they seemed healthier and more energetic, and importantly, nobody shamed me when I admitted I loved rogan josh.

“I’m a Muslim, and I loved my Nalli Nihari. But when I moved out of my house and realised that I could only cook dal and rice, it also dawned on me that I went without meat for almost two weeks and didn’t die,” said Nafisa Merchant, an advertising professional.

Serendipitously, Merchant was working on a project for PETA at the time and decided to go vegan.

“It didn’t hurt anybody — animals or my budget. Though I do feel a little left out at Eid celebrations.”

The key, she and several others told me, is finding the right, reasonable switches. I gallivanted from stall to stall, as they encouraged me to sample dips and chips with a generous side of macaroons.

I tried a version of pesto sauce, which was close enough.

“Veganism isn’t as expensive as everybody claims. When you quit pomfret and prawns, you simply invest that same money in healthier things like vegan pesto sauce and vegan butter,” said Mukul Shastri, a freelance content creator, who empathised with my pain of giving up fish.

Turns out, the jackfruit masquerading as my favourite food group was underwhelming. My Bengali taste buds died a silent death.

Apart from that low moment, my brief vegan experience wasn’t as excruciating as I feared.

“Snacks is the only food category that isn’t affected by a vegan lifestyle. You can still have masala papad and makhana,” she said.

Perhaps you too are trying to adopt a cruelty-free lifestyle, but don’t know where to start.

We asked Anupama Menon, Bengaluru-based nutritionist, to gauge the actual challenges of switching to a vegan diet and how to counter them.

“Initially, it’s the inconvenience that bothers many. In a family of four, you may be the only one who turns vegan,” she says.

You’re not only quitting meat, but also dairy, which appears in multiple forms throughout Indian cuisine.

She also advises her clients to get checked for nutritional deficiencies before attempting to make the switch, to ensure you don’t fall off the bandwagon.

Ensure variety in your meals:
The moment you switch to a vegan diet, your options are reduced by 50 per cent. So, find innovative ways to add a variety of grains, fruits and vegetables to your diet by finding new recipes.

It’s important to replace while eliminating food from your daily meals. As you bid farewell to ghee and butter, invest in seed and nut oils.

Sesame, mustard and peanut are easy replacements, but make sure that they aren’t refined. Opt for cold-pressed, virgin oils like olive oil for your daily use.

Choose fruits of all colour:
Menon doesn’t believe in sticking to one banana every day. “Eat all kinds of fruits, and more importantly, all colours because each has a special antioxidant,” she says.

“This is a way to ensure that you’re covering all your antioxidant bases. Include bananas, tomatoes, grapes and watermelon to your diet. It will give you all the variety of nutrients that you need.”

Amp up the protein intake:
Unfortunately, a vegan diet will take a toll on your protein consumption. Your entire protein quotient becomes limited to sprouts, pulses, soya and dal, which still cannot match up to what you were receiving through a non-vegetarian diet.

If you’re worried about it, get yourself checked (especially Vitamin D and B12) and take supplements after proper medical consultation.

If you’re already feeling inspired, it’s time to cook up a vegan storm in the kitchen with these two quick recipes.

And my quest for vegan, healthy recipes continues … Thank u @twinklerkhanna @tweakindia for nominating me . So here’s #whatsinyourdabba my style ….. Zucchini noodles with red bell pepper sauce – skin the zucchini, scrape of thin strips lengthwise. In a pan heat 2 tbsp olive oil, add 2 cloves crushed garlic, oregano, chopped red bell peppers and sauté till soft. Add the zucchini, salt to taste and sauté for a min. Remove and serve with a lime wedge….. I nominate @theshilpashetty @sophiechoudry @arjunkapoor coz I wanna peek into #whatsinyourdabba(p.s all ingredients r locally grown n organic )

Add the zucchini. Add salt to taste and sauté for a minute. Serve with a lime wedge.

Mix ginger, garlic, soya sauce, cucumber, brown rice and carrots until well combined. Slice the tofu into thin rectangles and add to the bowl. Toss lightly. Chill for an hour.

Cook the noodles, drain and add to a bowl. Mix peanut sauce and toss well. Prep your workstation with a shallow bowl of warm water. Dip rice paper wrapper in the shallow bowl for 30 seconds until soft.

Transfer to a clean surface. Arrange the layers on the wrapper. Fold the rice paper wrapper from the bottom over the filling. Then fold in the sides, and continue to roll from the bottom to the top keeping it tight.

Serve with a dipping sauce of choice.