"Losing my twins made me feel like a jinxed woman"

Society denied her an outlet to grieve, but Swagata Majumdar is committed to standing up against the taboo associated with losing your child. The Bengaluru-based 38 year old had already suffered two miscarriages, another distinctly taboo subject in our society, before conceiving twins. She lost them soon after their premature delivery and was inconsolable when her husband took their babies for the last rites.

What shattered her was the distinct lack of empathy. Many in her social circle began to avoid her. Majumdar felt like a jinxed woman, losing her will to live. Her husband’s undying support and a piece of advice turned her life around. Read her gut-wrenching story in her own words.

“I was 37, and had already gone through two miscarriages. At my age, a lot of women opt for IVF. I was fortunate enough to conceive naturally. We kept the pet names we’d thought of for our twins, Gamma and Gannu, under wraps. Our previous experiences had made us superstitious.

The pregnancy was complicated. I had subchorionic bleeding (where the placenta dislodges from the original spot) and bled through a few weeks in the beginning. Suddenly, in my fifth month, my water broke with Gamma. I was hospitalised. Gamma had no amniotic fluid, and Gannu had a lot. But they were growing well.

After a month of being admitted, the doctors told me that the babies were healthy. The night before I was to be discharged, my umbilical cord prolapsed, and they had to perform an emergency C-section.

After the delivery, when my husband came to see me, he had a long face. I asked him, “Why are you upset? You’ve become a father.” He just shook his head. I thought maybe the doctors were hiding something from me.

The following morning, Gamma passed away. He needed 100% oxygen to breathe. After 12 hours, when he didn’t get better, the doctors said that they wouldn’t be able to save him. We were still hopeful that Gannu would survive, but on the third day, he was gone too.

I held my boys close, one day after the other, dressed them up for their funeral. Their father buried them while I writhed in pain at the hospital. Our world had come crashing down. I developed a severe case of sepsis, which I fought for another month in the hospital.

Doctors consoled me, saying that I could conceive again, but nobody addressed the death of the babies.

I had lost the will to live and refused to eat anything. Doctors started IV fluids. After 10 days, my husband told me, ‘If you want to die, you can continue what you’re doing, or you can use your pain to create something meaningful to help women like you. Find ways to talk about the pain of losing a child and empower women who don’t get the support from their loved ones.’

His words gave me a purpose.

It was only after I was discharged that I realised losing your child is a taboo in our society. Nobody wants to talk about it. People use textbook quotes like, ‘You can make it happen again’, ‘God has better plans’, ‘Time heals everything’.

These words don’t comfort anyone.

Losing siblings and parents someday is inevitable, but nobody imagines outliving their child. My husband and I realised that people don’t know what to say, it’s all shoved under the carpet.

My parents supported us through it all, even when I started publicly sharing my pain. In fact, they heard complaints from relatives that they hadn’t been informed of my pregnancy. Their ego was bigger than my loss.

I was deeply shocked that a few of my closest friends alienated me from their social circle. In the last two years, they have only sent a customary birthday wish, but never tried to talk to me. I heard from others that they find it awkward. I wasn’t invited to baby showers. I am a very social person, so this silence from friends was like a stab. It made me feel like a jinxed woman. At my workplace, nobody felt comfortable talking about it to me. At the end of the contract, I was very politely asked to leave under the guise of “We think you need to rest”.

Luckily,  also have some friends who have never made me feel any different. They have constantly checked on me, one of them even asked me for advice on her pregnancy. This inclusion is necessary when you’re recovering from the pain of losing your child.

I sought therapy, and my husband busied himself with work after two weeks of leave. On the first month anniversary of my babies’ birth, my husband and parents baked a cake. My mother-in-law had lost two daughters soon after childbirth, and occasionally, she talked about it. It is a strange feeling of solidarity.

But my sense of social alienation was even more pronounced when I started researching support groups on Facebook —there was not a single support group for mothers who have experienced the loss of a child, in India.

I joined a few UK- and USA-based ones, some as old as 10 years. On one such US-based group, I shared my story. Complete strangers comforted me and encouraged me to write more. They’d ask me to post pictures, and these were not flowery photos. My babies had tubes all over them, yet they all commented on how beautiful they are. I found strength on those groups.

As I started writing about my loss on social media, several relatives told me it doesn’t ‘look nice’, and I shouldn’t share. When I asked them why, they’d only say that since they are elders, I should listen to them; they know better. I would question them that if one can express the pain of losing a parent, why can’t I write about my babies.

I decided to ignore the negativity and focus on the positive change this was bringing within me and externally. A lot of Indian women who had been through the same experience sent me private messages, including some of my professors and acquaintances. The world around us moves on, and wants us to have another child, only the parents remember the one that’s gone.

Strangers have opened up to me about how suffocating it is to live when everybody is ashamed of them and nobody wants to acknowledge their pain. Somebody also told me that her husband thinks I am a bad influence because I was making her revisit the loss. She assured me that she felt a sense of solidarity when talking to me. 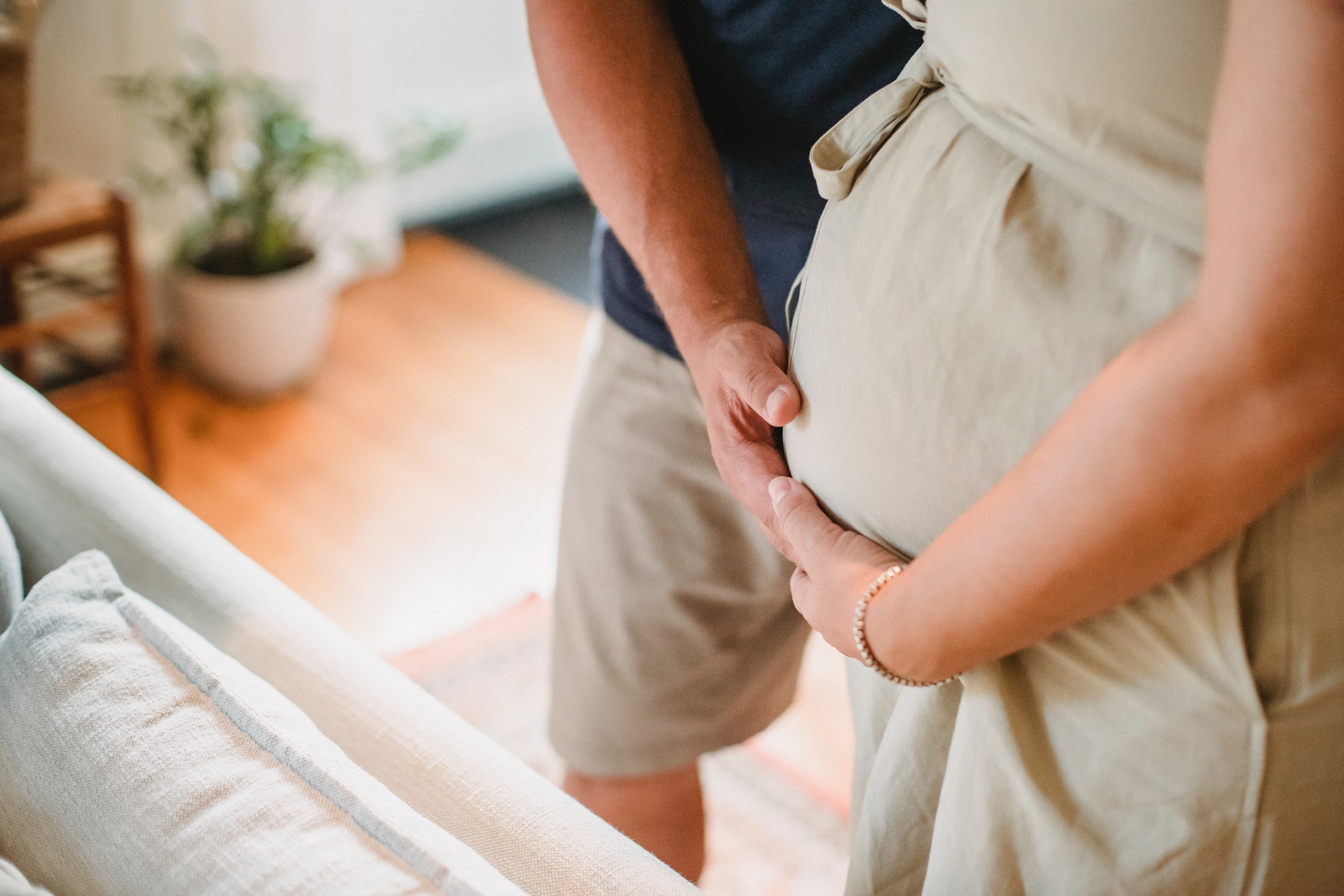 Last year around Mother’s Day, I felt incredibly low, and decided to make a video on inclusivity of motherhood for those who have had miscarriages, lost their child, have had stillbirths, and so on. We are also mothers and society needs to acknowledge it.

I am grateful to have a supportive husband who doesn’t limit my channels of expression and has been my cornerstone. It has been an excruciating journey for both of us, and we are trying to move on. We are thinking of adoption; we are just unsure of when. It’s only been two years.”