The most romantic thing a man can do? #ShareTheLoad

Try talking to us when we’ve not enjoyed our eight hours of REM bliss and you’re likely to encounter a snappy, grumpy zombie desperately seeking caffeine. Science has proven that we can go without food or water for days, yet lack of sleep will have us unravelling faster than an old sweater.

But to most Indian women, sleep has become a luxury, one they often give up in the course of fulfilling their household duties. Between juggling client presentations, long commutes, cooking healthy meals for everybody’s dietary requirements and doing the laundry every day, she has little time to catch those much deserved Zzzzs.

That’s exactly the conundrum that Ariel highlights in its latest iteration of the powerful #Sharetheload film.

While her family is sound asleep in bed, a young woman fires up the washing machine. Like most others, she probably waits until everyone else has hit the pillow or rises before the others to get her work done without disturbance.

Her husband and daughter notice she’s missing and when they come looking for her, they find that she’s dozed off on the chair out of sheer exhaustion.

What follows next is a beautiful example of modern love, where the husband instinctively understands he needs to share her responsibilities so that she gets the rest she deserves.

No loud lectures, no sulking… just a gentle, empathetic action that will open the eyes of the audience to the disparity in gender roles, a message Ariel has been driving home since the very first #ShareTheLoad campaign in 2015.

Since then, they’ve actively sought to break gender stereotypes by encouraging husbands to share the load with their wives, and reminding parents to raise both sons and daughters to have equal stake in household chores. 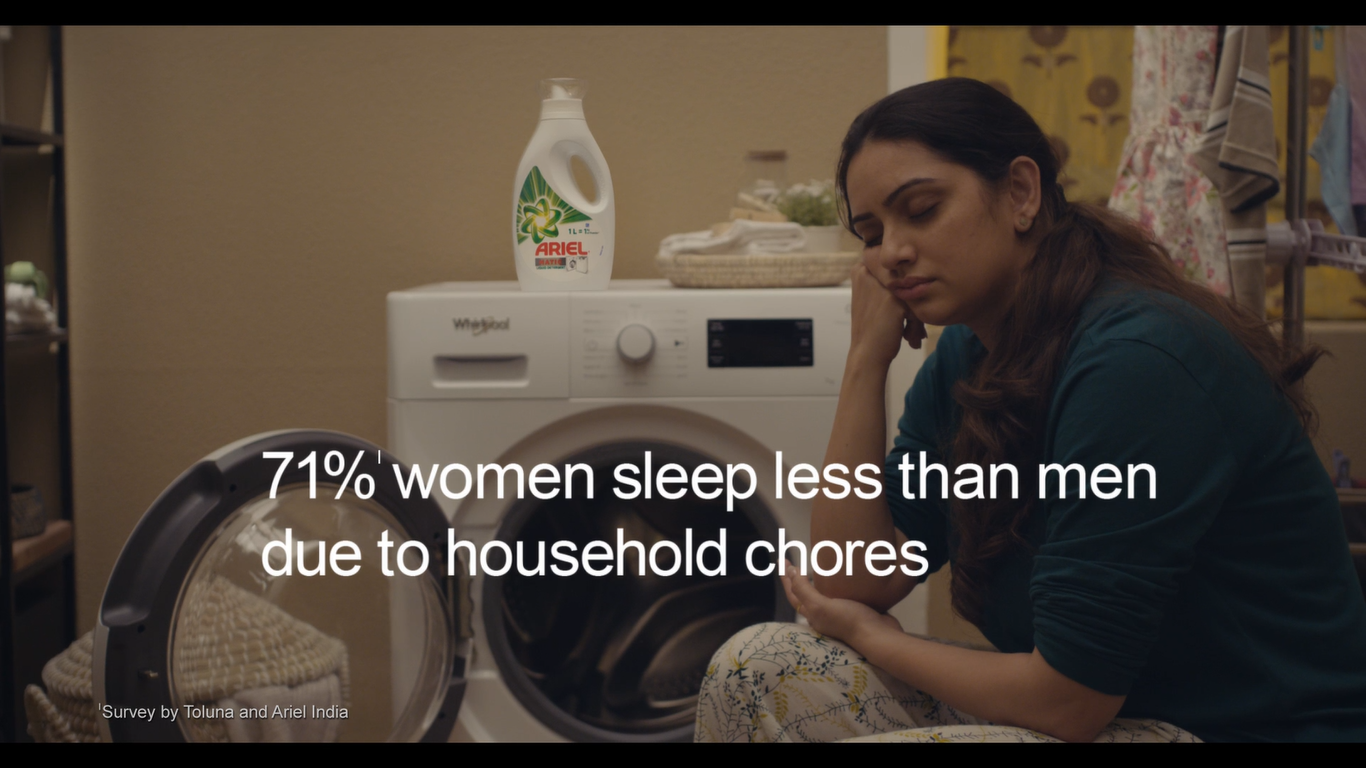 In 2020, when statistics say that 71 % of women sleep less than their husbands because of household chores, it’s more important than ever to ensure that taking care of the daily tasks doesn’t fall onto one person’s shoulders alone.

The impact of the husband’s response in the latest #ShareTheLoad film is likely to reverberate in many households across the country, with the whole family pitching in.

Women are multitasking geniuses, scaling corporate ladders and sending rockets to the moon, while also taking care of their loved ones. By sharing the load at home — in an act as simple as sharing the laundry — we can ensure that they get the sleep they need to keep shattering those glass ceilings.